The totalitarian hell of lockdown

Debate, dissent and independent thought are not allowed in Covid Britain. 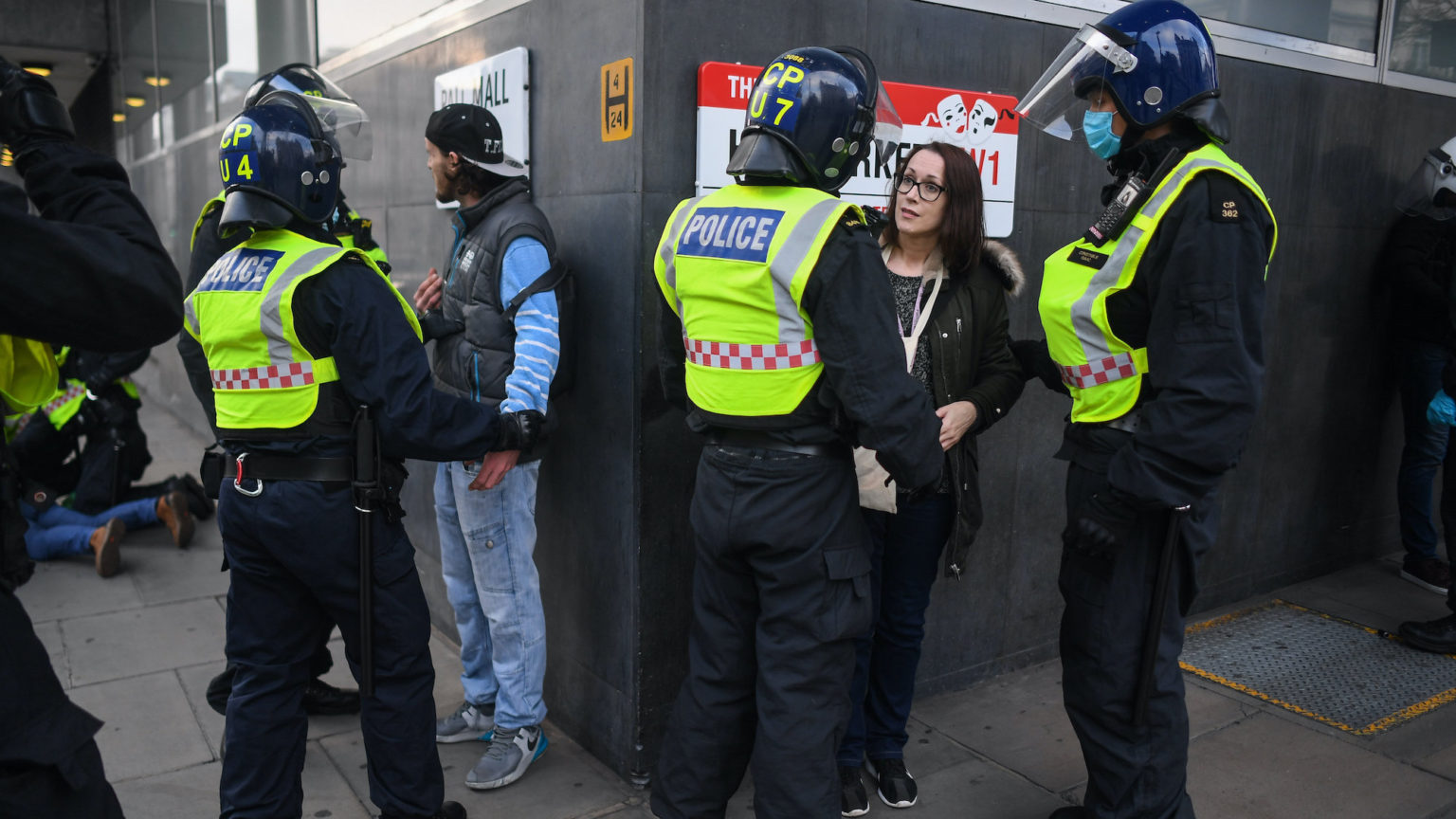 Last year, while others lost their lives, livelihoods, all sense of taste and smell, I lost my sense of humour. So I’m not complaining now there’s nothing to laugh at whatsoever.

I have even started reading old Soviet jokes on Wikipedia. You should try it. Substitute ‘Hell’ for ‘lockdown” and ‘bucketful of manure’ for whatever ideological position you’re forced to swallow, and you’ll be rolling around on the floor, just like Russians under Brezhnev, at this one:

‘A few months later, they met again. The Soviet man asked the American: “Hi, how are you getting on?” The American said: “I’m fine, but I can’t stand the bucketful of manure every day. How about you?” The Soviet man replied: “Well, I’m fine, too, except that I don’t know whether we had a shortage of manure, or if somebody stole all the buckets.”’

One column I read informed me that ‘the primary function, and duty, of the state is to keep the people safe’, while comparing our present situation to the ‘humiliating retreat of the British Army at Dunkirk’ in 1940. If the state’s duty is, has and always will be to keep us safe, then surely the real problem in 1940 was not having our boys submit to unconditional surrender? Now, the same columnist complains that the government says ‘the Army can’t be brought in; even if they can do it in other countries, we couldn’t possibly adopt such radical solutions here.’ Which again raises a question: what would the army do at this point? Shoot the independent thoughts out of our brains?*

As another old Soviet joke goes:

If you believe almost anything the SAGE committee wants you to believe at this point, God help you. On Mother’s Day, the government, at SAGE’s behest, told us that if we loved our mothers, we should not see our mothers. And if none of us saw our mothers, all mothers would be freed by Christmas. We all did it. And we know how that turned out.

Now, the government, following SAGE, is telling us an even harsher lockdown has just been imposed because the current lockdown measures aren’t working so they must be tightened. One in 50 people now have Covid, but apparently we’ll all be out of this by the end of February.

I’ve heard no statement so idiotic since the government told me I was banned from seeing a single person in my own home but could go and meet a group of five other people outside, and that was perfectly okay, because – you see – no one ever caught a respiratory infection while chilled to the bone at the start of winter flu season.

In democratic societies, ‘the state can’t control behaviour by force’ Noam Chomsky noted when Noam Chomsky was any use:

‘Therefore, it has to control what you think. And again, democratic theorists have understood this for 50 or 60 years and have been very articulate about it. If the voice of the people is heard, you’d better control what that voice says, meaning you have to control what they think… One of the ways you control what people think is by creating the illusion that there’s a debate going on, but making sure that that debate stays within very narrow margins. Namely, you have to make sure that both sides in the debate accept certain assumptions, and those assumptions turn out to be the propaganda system. As long as everyone accepts the propaganda system, then you can have a debate.’

At the moment, the propaganda drilled into us is: Freedom is death. (Not slavery.)

People point to New Zealand and say: ’That’s how we should have handled the virus – it’s a free country now’, ignoring the fact that its prime minister, Jacinda Arden, has effectively sealed it off from the rest of the world. But no one even mentions that there wasn’t a lockdown in Japan, where citizens were free – of the government. After the Second World War protections for the rights of individuals were written into the Japanese constitution. All the government could do was urge its citizens to take personal responsibility.

To say that you have done what you have been ordered to for months and months and none of it seems to have worked is to fall foul of the code essential to survival in the Soviet Union: ‘Don’t think. If you think, then don’t speak.’

There, they had to kill those that did think and speak. Here, thoughts and speech are merely removed from YouTube, cancelled on Twitter, and disappeared from Google, before they corrupt anyone who listens to them.

The reaction of any society that believes in freedom – to a government that suspends all freedom of society – must be to suspend all belief in government. When left to our own devices, we do precisely that. So the government takes our devices away from us, and we get new ones from the Apple store. If you can’t afford a smartphone – never mind an iPad – that’s good, because in the online space, no one can hear you scream.

‘I think people’s sense of what is possible in terms of control changed quite dramatically between January and March’, Professor Neil Ferguson told The Times on Christmas Day. Our role in the response really began on 13 March, the article notes, when ‘[Ferguson], SAGE and Sir Patrick [Vallance] decided that it was past time the public were brought into the debate properly. Over that weekend, he and his colleagues prepared a paper outlining their projections for the pandemic in different scenarios, and organised a press conference. They finished writing the paper an hour before they presented it.’

How exactly does terrifying us out of our wits in mid-March, so we demanded to be locked down later that month, constitute bringing us ‘into the debate properly’? The fact that the government’s New and Emerging Virus Threats Advisory Group committee includes a consultant sociologist and an academic psychologist suggests the government is still trying to shape our thoughts. But while at this point there seems no choice but to let them control everything we do, we cannot let them control what we think. As the Soviets knew, the most efficient totalitarian regimes on this earth have never been able to control what you get up to in the privacy of your own head.

*Ed: The government moves so fast when the commentariat orders it that between the time of writing and the time of publication, they have, in fact, brought the army in.