Jordan Peterson: how the left manufactured a folk devil

The hysterical response to Peterson’s latest book is totally disconnected from anything he has actually said. 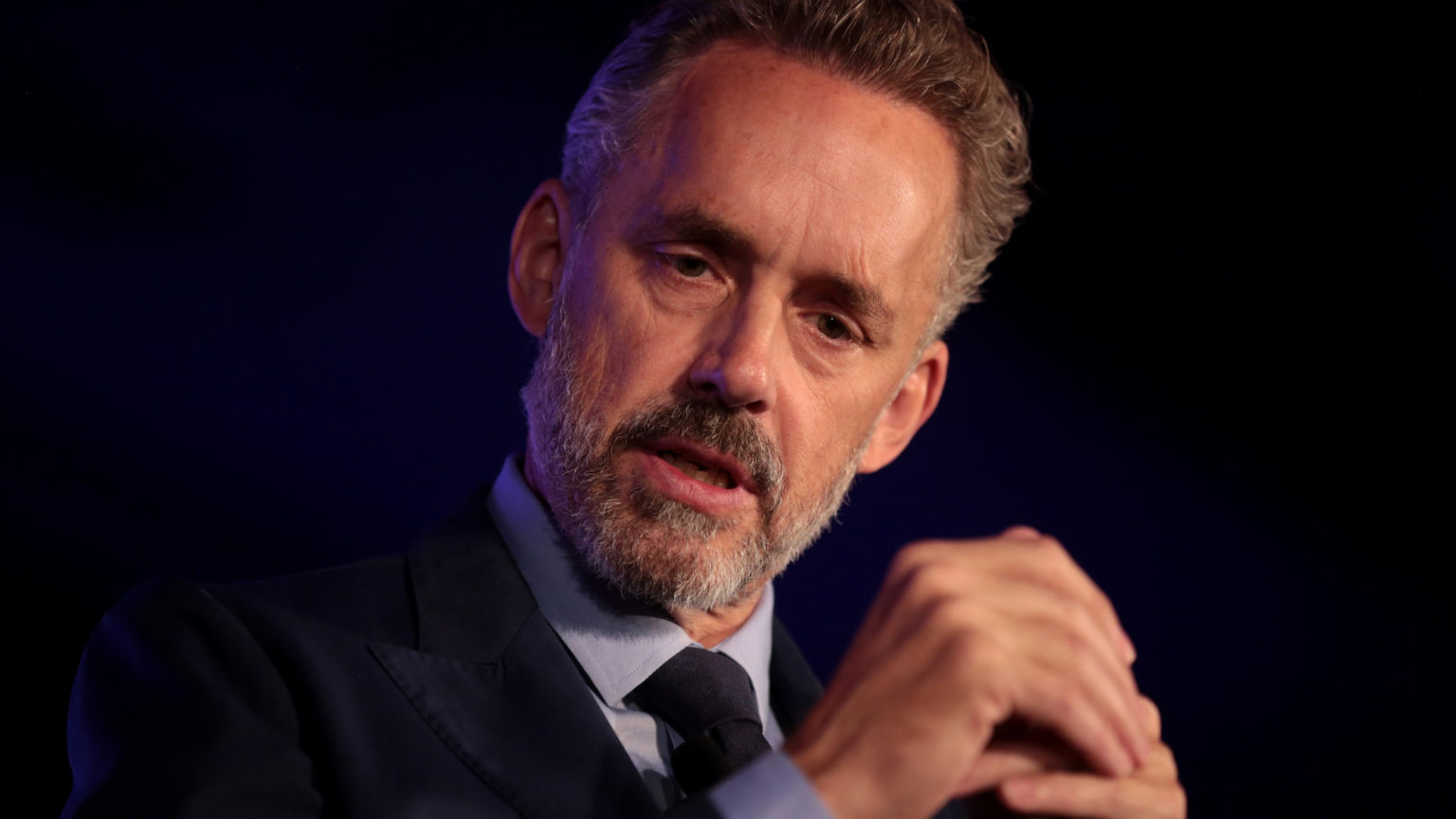 Over the past few days, Jordan Peterson’s critics have been doing their utmost to publicise his forthcoming book, Beyond Order: 12 More Rules for Life. The famous clinical psychologist announced the publication on his YouTube channel on Monday, and within hours the book was being widely denounced on social media for its hateful content. This is quite a feat of the collective imagination, given that nobody has read it yet.

Much of the furore has come about because employees at the Canadian branch of the publisher, Penguin Random House, have called for the book to be cancelled. After multiple complaints were filed, they confronted their management at a meeting in which some burst into tears and shared their stories of how the evil Professor Peterson had caused such emotional havoc in their lives due to his ‘problematic’ opinions. According to a report in Vice, ‘one co-worker discussed how Peterson had radicalised their father and another talked about how publishing the book will negatively affect their non-binary friend’.

This is just the latest example of a new trend of activist employees threatening to strike for ideological reasons. At the audio-streaming company Spotify, workers recently demanded editorial control of Joe Rogan’s newly acquired podcast series, after they had successfully removed a number of episodes deemed to be controversial. At publishing giant Hachette, employees threatened to walk out after JK Rowling’s children’s book, The Ickabog, was announced. All these internal revolts have failed, presumably because figures such as Rowling, Rogan and Peterson are too popular to cancel. One wonders how a less lucrative artist would fare under such circumstances.

When I reviewed 12 Rules for Life for spiked (published alongside a counterview by Luke Gittos), I noted that there were two Jordan Petersons. The first ‘a professor of psychology at the University of Toronto with a particular interest in religious and ideological belief systems’, and the second ‘a notorious firebrand of the alt-right… a transphobic provocateur whose lectures amount to little more than hate speech’. As I pointed out, only the first of these two actually exists.

The viperous attacks on Peterson we have seen on social media over the last few days can only be described as a kind of hysteria. He has been smeared as a ‘Nazi apologist’ and a ‘fascist’ by people whose familiarity with Peterson’s work amounts to a few bad-faith articles and a smattering of selective quotations taken out of context. He has routinely been called ‘far right’, even though the core tenets of the actual far right – a sense of racial or national superiority, support for authoritarianism and the worship of the state – represent the polar opposite of Peterson’s worldview. Many critics have attempted to broaden the traditional definition of the ‘far right’ – incorporating cultural conservatism, a belief in the importance of personal responsibility and an awareness of biological sex differences – so that it can then be applied to Peterson. This is the equivalent of attaching plastic horns to a bulldog so that you can call it a monster.

True, there are subsidiary features common to the far right: homophobia, sexism and other reactionary viewpoints. But to brand anyone as ‘far right’ on the basis of these things alone – particularly when they are imagined rather than supported by the evidence – is a form of political illiteracy. Peterson’s opposition to feminism is well documented and there are legitimate arguments to be had over the merits of his views. But even if one were convinced that they are tantamount to chauvinism, this would not be sufficient to justify the epithet of ‘far right’. Were that the case, then there would no longer be any distinction to be made between Benny Hill and Hermann Göring.

The determination to misrepresent Peterson’s ideas is on a par with the frenzy surrounding JK Rowling, whose compassionate and nuanced views on the ways in which gender-critical feminism and trans activism are in conflict have been taken as proof that she is the devil incarnate. This monstering of public figures, based on the flimsiest of evidence, is indicative of a cultural and intellectual malaise that we would be foolish to ignore. There are all sorts of sensible reasons to take issue with Peterson’s opinions, but why has it become so difficult for so many to present a counter-argument without resorting to adolescent catastrophising?

Consider the words of a junior employee at Penguin Random House. Peterson is apparently ‘an icon of hate speech and transphobia’ and ‘an icon of white supremacy, regardless of the content of his book’. When pushed for further detail, such people invariably claim the power to intuit Peterson’s private feelings, but simply declaring that your ideological opponents are harbouring malevolent intentions is only evidence of your desire that they should. This is why the accusation of ‘dog whistling’ – sending out secret signals that only one’s followers can hear – is so common. As one of his critics put it on Twitter, ‘one thing Peterson does consistently is toss bones and winks to his far-right followers, couched in vague or ambiguous terms that allow him to say that of course he didn’t mean THAT’. It takes an acute kind of narcissism to assume that you are able to divine the secret workings of someone else’s mind simply because you have decided that it must be so.

It should go without saying that if you believe that books ought to be cancelled simply because you disagree with their contents, a career in publishing is probably not for you. We need to reckon with this new reality of our times: that there exists a substantial proportion of the adult population, educated to university level, who are nonetheless incapable of critical thinking and lack the basic skills of argumentation. Worse still, many of the most vicious comments about Peterson – including mocking him for a benzodiazepine addiction brought on by his wife’s cancer diagnosis – have come from those who believe themselves to be compassionate and virtuous campaigners for justice. If such people really are ‘on the right side of history’, then the future of humanity looks pretty bleak.

Peterson’s key thesis is that life is unbearable without a sense of purpose, and that this can largely be achieved through personal responsibility and taking charge of one’s life. He believes that civilisations collapse without structure, which is why children ought to be socialised in accordance with the ethical parameters we set for ourselves. He maintains that science and technology have improved our lives, but do not satisfy our need for meaning. This is why his work focuses on the stories that recur in ancient traditions and religious beliefs. There is wisdom in these narratives, he argues, even if their supernatural elements have no basis in reality.

If you find these views rebarbative, you can always offer a rebuttal or choose not to expose yourself to Peterson’s output. If you need to indulge in straw-man arguments, or convince yourself that he is ‘alt right’ or ‘fascist adjacent’ in order to justify your opposition, then you are in no position to complain if you are not taken seriously. Screaming abuse at those who enjoy Peterson’s writing, or calling for his book to be cancelled, is not the behaviour of a responsible member of a civilised society. If you don’t like his work – either because of its actual contents or what you have simply imagined them to be – then don’t buy his books. Problem solved.

We need to ask ourselves how we have reached the point where grown adults are willing to accept such wild mischaracterisations of public figures without even attempting to engage with the reality of what they say and think. We need to redress the widespread historical ignorance that dilutes the terms ‘Nazi’ and ‘fascist’ to meaningless slurs. We need to restore critical thinking in our education system to counteract the ongoing degradation of public and political discourse. We need to consider how anyone above the age of 16 believes that throwing insults is an effective form of rebuttal. This isn’t simply about Jordan Peterson; this is about the kind of hysteria he inspires in an infantile society. Something has to change.