Boris has bottled out of the culture wars

The Tories look set to pursue an agenda that will horrify the red wall. 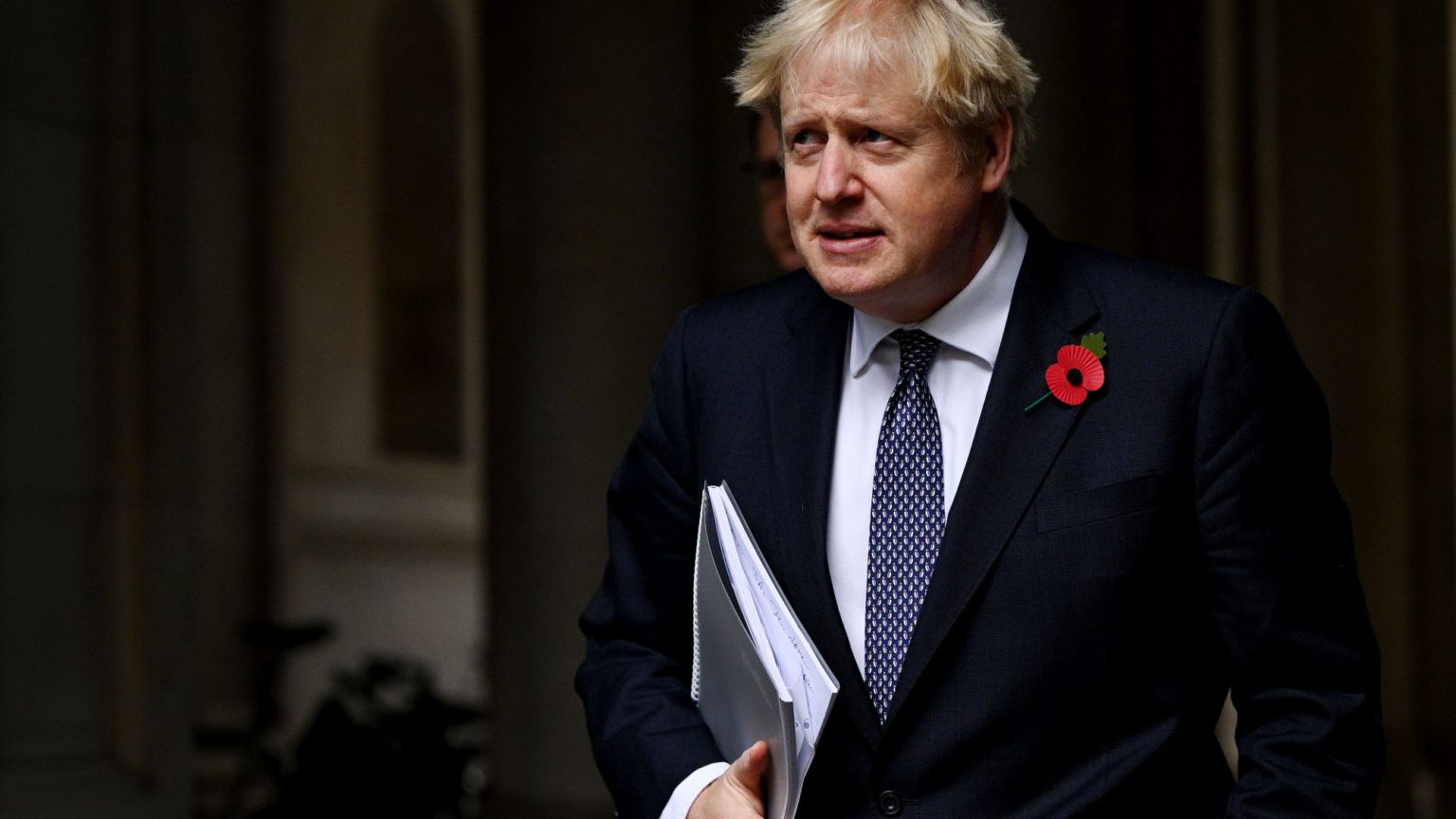 Boris has bottled out of the culture wars. That’s the true story behind the infantile infighting in Downing Street. The allegedly abrasive, outspoken, grenade-chucking Vote Leave crew is out, and the more consensual, woke-leaning lobby is in. It has the whiff of a woke coup; the levers of power wrested by a PC clique. A government swept in on a wave of working-class votes looks set to busy itself with the bourgeois crap of genderfluidity, eco-nonsense and blind-eye turning as institutions from the National Trust to the Natural History Museum disappear up the fundament of wokeness. We look to be heading for a great political betrayal.

Of course no one knows for sure what is going on in Downing Street. That is itself part of the problem. We voted to ‘take back control’ and yet we’re now ruled by a 21st-century incarnation of the medieval court, with factions led by people none of us ever voted for vying for access, seeking to sway the king in this direction or that direction. If no one in Downing Street understands how bad this looks to the public – who are being reduced from defenders of British sovereignty to mere spectators of posh people angling for a seat at Boris’s decision-making table – then the rot at the top is clearly deeper than any of us suspected. But one thing we can deduce from the pre-modern, anti-democratic intrigue in Downing Street is that the PM is backing off from ‘harsher’ political concerns, like Brexit, in favour of the more cosmopolitan, consensual style he was known for when he was mayor of London.

The whole thing has been hyper-personalised, of course, which is not useful for understanding the big political drift taking place right now. So it’s all Dom v Carrie (Dominic Cummings vs Carrie Symonds). Cummings is the rough, free-speaking alumnus of Vote Leave whom the bruised, confused chattering classes hold responsible for every Bad Thing that has happened these past four years, from Brexit to Boris’s electoral victory last December. Symonds is Boris’s woke girlfriend: green, politically correct on trans issues, horrified by diesel cars, in that way that well-off women who went from riding ponies as kids to being driven everywhere as adults often are. Throw into the mix Lee Cain – also Vote Leave, and a working-class former tabloid man – and Allegra Stratton – Boris’s new press secretary, very much Team Carrie, privately educated, West London, etc, etc – and you have the makings of a subpar Shakespearean war of personalities. TV drama producers will be licking their lips.

Yet all the personalisation distracts from the larger question of democracy and power. Yes, there are very serious questions to be asked about the outsized power of all these cliques, none of whom has ever submitted him or herself to the judgement of the electorate. The role of Ms Symonds seems most disconcerting. Is this the Imelda Marcos of wokeness? I used to think it was Labour that wanted to ride a working-class wave into power in order to pursue eccentric policies that most working-class people have no time for. It turns out it was the Tories who did that. There is something a little off, to say the least, about upper middle-class operators like Symonds and Stratton seeking to reshape a government that was created by the ‘red wall’ working classes in order to make it more in tune with their own class concerns.

But we need to step back. The larger problem here is a government lacking direction and lacking conviction. Indeed, Boris’s overreliance on advisers to begin with speaks to his lack of a political anchor, his swayability, and his increasingly cavalier attitude to the people who propelled him to power: the normally Labour-voting inhabitants of the ‘red wall’ areas of Wales and England. The point many traditional Tories and right-wing columnists seem to be missing is that Ms Symonds – currently their bête noire – would surely not wield such influence if Boris had a clearer sense of what his government is for.

Take the trans issue. It is widely reported that Ms Symonds, being apparently on board with the cult of genderfluidity, encouraged Boris to ditch his planned reforms to the Gender Recognition Act which would have, rightly, made it more difficult for people to ‘change sex’. The problem here is not some Svengali-like power on the part of Ms Symonds. It is the vacuum at the heart of Boris. If he were genuinely committed to holding back the destructive transgender ideology – which is having such a damaging impact on confused teenagers, on the education system, on women’s sex-based rights, and on our basic ability to talk about, never mind celebrate, the institutions of family, motherhood and fatherhood – then he would not be so easily switched by the whispers of his girlfriend. Boris’s flightiness, not Carrie’s hypnotic charms, is the problem.

Patrick Maguire in The Times was on to something when he said the real clash in Downing Street is between two Boris Johnsons. There’s the Boris of the past, the Boris of City Hall, who was a ‘torchbearer for cosmopolitan liberalism’. And there is the new ‘populist Boris’, ‘the culture warrior who tore down Labour’s red wall’. We all know who the real Boris is. It’s the former. It’s the New Tory Boris; the Pride-attending, diversity-celebrating Boris; the Boris who was thinking of supporting Remain in 2016 but changed his mind at the last minute. This is what is happening in Downing Street right now: the real Boris is winning out over the more performative Boris of the Brexit era. This is why the departure of Cummings and Cain is important: they, more than anyone, pushed Boris in the more populist direction. Without them, there will be little to stop Boris re-embracing the elite politics of pseudo-liberalism and technocracy.

So what we are really witnessing is not merely courtly intrigue and factional squabbling. No, we’re also watching the bubbling up of unresolved tensions between the elites and the people, in this case between a government and its voters; between a section of the political class and the people who propelled it to power. The alliance between Boris Johnson’s political set and the working-class Leave voters who gave it an historic electoral mandate was always going to be fragile. Boris inclines towards the ideology of multiculturalism, the politics of compromise, and merely ‘getting Brexit done’, whereas a great many of the voters who gave him his 80-seat majority favour national values, being firm with the European Union, and seeing Brexit as an opportunity for democratising political and community life rather than as a mere pesky task to be completed.

And now, in the woke coup in Downing Street, in the rise of a faction that is sniffy about ‘Hard Brexit’ and wary of the culture wars, that fragile alliance is tearing. Boris is moving away from the allegedly abrasive demands of the democratic, unwoke working classes, back into the comfortable sphere of elite consensus opinion. This is why the events in Downing Street are important – not because any of us care about what Carrie or Lee or the rest think about certain issues, but because of the further drift of the government from the people, of Boris from the red wall. Brexit’s promise of democracy, of making politics the property of the sensible public rather than of the eccentric elites, has taken a serious blow, and Downing Street is as clueless as hell if it thinks that voters won’t recognise this fact.

The great myth of the culture wars is that they are a right-wing invention, a manufactured obsession of cranky pundits or ageing Tories. Nothing could be further from the truth. The culture wars are primarily the pursuit of the woke elites, of the cultural establishment and the opinion-forming set. Whether they are cheering as the National Trust bangs on about slavery, or as the trans ideology is pushed in every educational establishment in the land, or as some un-PC thoughcriminal is cancelled, it is these culture warriors who are the most noisy and confident in public life right now. And they have developed a brilliant trick of describing any pushback whatsoever – whether it’s a group of Tory MPs writing a letter criticising the National Trust or feminists critiquing transgenderism – as a manufactured culture war. When they are waging war on reason, freedom of speech, the reality of sex and the democratic vote for Brexit, that’s ‘politics’; when someone says ‘I think this is going too far’, that’s a culture war. This is the culture warriors’ greatest achievement: convincing the world they don’t actually exist.

Every victory for these culture warriors is a blow to the masses of voters who are sick of elite consensus opinion and who want to make the case for the importance of family, community and democracy. That’s why Boris should be fighting the culture wars. But here’s the thing: he doesn’t want to fight them because, much of the time, he agrees with the woke culture warriors. Working-class voters are clocking all of this, make no mistake.