Freedoms, once surrendered, can be impossible to recover. 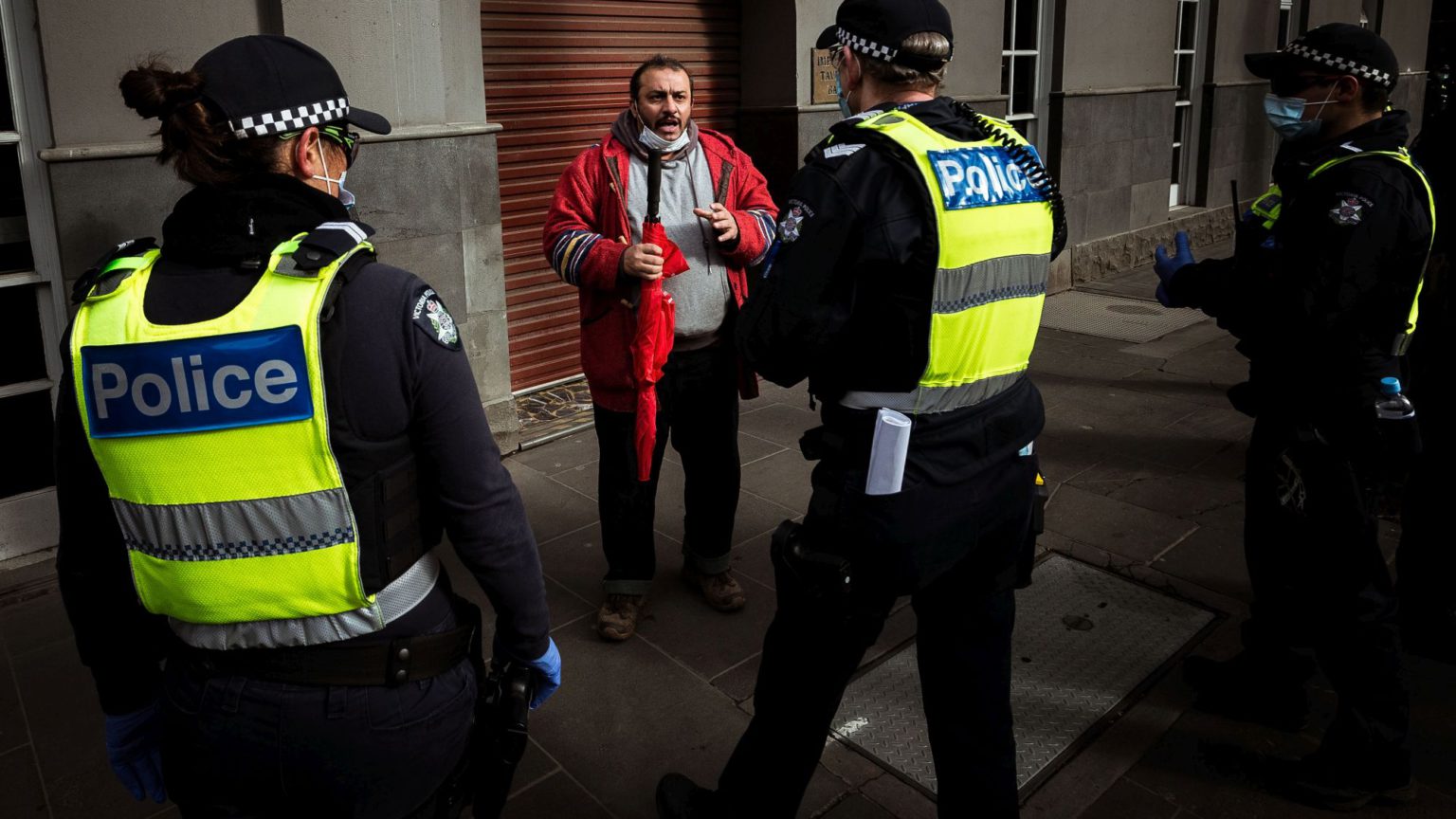 The pandemic is revealing more uncomfortable truths by the day, like our willingness to abandon our freedoms and traditions at the first whiff of grapeshot.

Governments mistrustful of citizens have been too quick to respond to risks to public health with coercion, rather than simply appealing for a civic-minded people to do the right thing.

In Australia there has been a level of official control seldom seen since the convict era. There has been barely any opposition. A people once prepared to make the ultimate sacrifice of lives in defence of liberty is surrendering its freedom on the pretext of saving lives.

It is teaching us that when we dispense with the checks and balances that make democratic governments better than they otherwise might be, there is an exponential increase in the number and scale of state-induced blunders.

Exhibit A is the state of Victoria, where Covid-19 has recently spread through the community in what might be called a second wave if there had been a first wave, which there wasn’t.

When Britain, the US and much of Europe were struggling with mass outbreaks in April, Australia and New Zealand had the virus under control thanks largely to the prompt closure of borders.

It might have stayed that way but for a breach of quarantine security in Melbourne, where inadequate supervision of returning Australians in hotel quarantine allowed infected people to escape.

The loss of life has so far been slight: around 40 deaths per million in Victoria and fewer than 15 in the rest of Australia, compared with around 700 in Britain and around 500 in the US.

Yet the elevated risk was enough for Victoria’s premier, Dan Andrews, to declare a State of Disaster for only the second time in Victoria’s history. Andrews, incidentally, was responsible for declaring both of them.

Victoria became an autocracy overnight, granting unfettered power to a premier unaccountable to parliament and freed from the rule of law. The police have turned from citizens in uniform to the enforcers of ministerial declarations, most of them quite absurd.

Melbourne has become the first city in Australia to fall under a curfew. Andrews’ predecessors felt no need for one during the First World War, Second World War, the Spanish Flu pandemic or the 1923 police strike when violent mobs rampaged through the city and overturned a tram.

Yet the outbreak virus from China which currently kills a small proportion of those it affects in the general population, and a negligible percentage of people below retirement age, was considered grave enough to suspend democracy and the rule of law.

The bridge over the River Murray on the Hume Highway linking the Victorian city of Wodonga and Albury in New South Wales has become Australia’s Checkpoint Charlie, the free world on one side and tyranny on the other.

Those tempted to swim across should know that police and army reservists are patrolling the Murray’s northern banks assisted by helicopters and drones. Up to six months in jail awaits those without papers.

Melbourne residents who leave their homes between 8pm and 5am face a $5,000 fine, imposed by police not the courts. Fines will also be issued to anyone who, a) is caught without a mask; b) exercises for more than an hour; c) wanders further than 5km from home; d) is judged by police to be shopping excessively in the small number of shops allowed to stay open; e) gets married; f) overnights in the house of someone other than their designated intimate partner; g) goes fishing; or h) plays golf.

Like the villain in a dystopian novel, Victoria’s democratically elected premier is interfering with citizen’s private lives in a manner most will have imagined impossible in a nation settled by the heirs of Magna Carta.

In his masterful book on the Anglosphere, Dan Hannan praised Australia as a country where the libertarian philosophy of John Stuart Mill was made flesh. Hannan might care to revisit that bit, as Victoria breaks record after record in the contest of illiberalism, employing all the available instruments of modern surveillance to keep its citizens in check.

If the premier and his officials know how many cases of infection can be tolerated they are keeping it from the citizens. No one knows how long the lockdown measures will end or what comes next.

The consequences for the Victorian economy, which accounts for a quarter of Australia’s GDP, are growing exponentially. The price of shutting down business today is the loss of future opportunity. The effects of this recession will be felt for a generation at least. The most deadly effects of the virus may be reserved for the elderly and sickly, but the biggest losers will be those in the prime of their life.

Much of what we are losing cannot be counted in dollars and cents. Freedoms, once surrendered, can be impossible to recover.

We dishonour the victims of early tyrannies to make comparisons, tempting as it might be.

The assumption of emergency powers to fight a real or exaggerated threat is the oldest trick in the manual of despotism. Countries ruled by tyranny are frequently those from which millions long to flee, just as they do in Victoria right now, if only for a holiday.

The erosion of democracies typically begins with the indefinite suspension of parliament, as the Victorian state parliament has been.

Autocrats are drawn to centrally planned economies, with the inevitable mismatch of supply and demand. Residents of Victoria, the food bowl of Australia, face shortages of meat and other essentials and the prospect of rationing for the first time since the Second World War.

Autocracies are notorious for the proliferation of permits and the checking of papers. In Victoria a permit is required to travel, to work or cross the border. Military are being used as auxiliary police, police powers have been drastically increased and punitive fines introduced.

Citizens are encouraged to act as informants against their employer and also neighbours.

There has not been one guarantee that all or any of these crackdown laws will be repealed.

Those who grew up with pride in their country and its part in overcoming the great 20th-century tyrannies are understandably shocked at how much we appear willing to surrender for benefits that are as yet unspecified.

We shouldn’t be surprised at the tacit compliance of the media, which, by and large, has not seen fit to challenge the measures. Journalists, like some politicians, have a professional interest in exaggerating the threat. ‘All quiet on the Covid-19 front’ is not a story worthy of page one.

With time, the Andrews administration’s draconian and illiberal stage-four lockdown will come to be seen as a monstrous administrative mistake that has compounded the effects of the blunders that allowed the virus to run wild.

Let’s hope at least that the lockdown slows the general rate of infection, since the government seems incapable of protecting nursing-home residents any other way.

Even if it does, we are bound to ask if the result was worth the months that will have been added to the recession, the swelling of the ranks of the long-term unemployed and the shrinkage of the small business sector, the engine of the economy. And the freedoms citizens have been forced to relinquish, with no guarantee they will get them back.

Nick Cater is executive director of the Menzies Research Centre and a columnist with the Australian.