It is the powerless who benefit most from free speech – and it is they who suffer when it is curtailed. 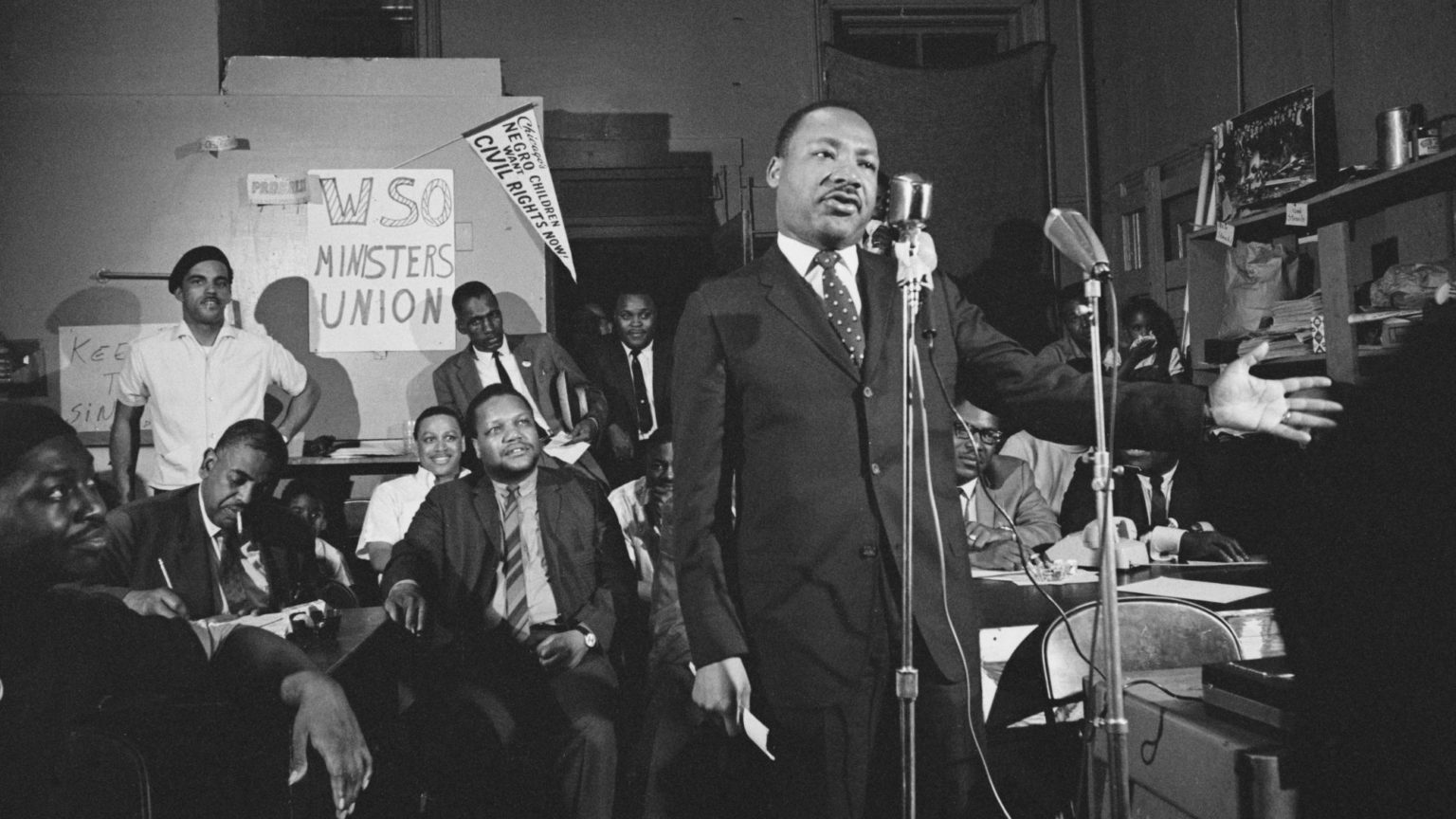 In the current climate, many might assume that the civil-rights movement and free speech were mutually exclusive. That once-great organ of news, the New York Times, recently charged Facebook with allowing ‘posts spewing bigotry and lies to remain on Facebook in the name of free speech’. Discussing an audit commissioned by Facebook in the wake of complaints last year, it cited Jessica J González, co-executive officer of Free Press (!), who called for ‘a comprehensive sweep of the site of white supremacists, homophobes, anti-Semites and other hateful groups’.

Anger at Facebook for ‘promoting hate’ is not new. In a speech last year, Facebook supremo Mark Zuckerberg responded to similar criticisms, citing Frederick Douglass, Martin Luther King Jr and Black Lives Matter in his defence. Martin Luther King’s daughter, Bernice King, responded angrily to Zuckerberg’s speech. ‘I heard #MarkZuckerberg’s “free expression” speech, in which he referenced my father’, she tweeted. ‘I’d like to help Facebook better understand the challenges #MLK faced from disinformation campaigns launched by politicians. These campaigns created an atmosphere for his assassination.’

Sherrilyn Ifill, president and director-counsel of the NAACP Legal Defense Fund, in an article titled ‘Mark Zuckerberg doesn’t know his civil rights history’, called Zuckerberg’s defence ‘a profound misreading of the civil-rights movement in America’. She blamed ‘the same kind of hate-fuelled disinformation campaigns’ as exist today for King’s assassination. ‘The civil-rights movement was not fought to vindicate free-speech rights under the First Amendment’, she continued.

In the slavery era, anti-slavery hero Frederick Douglass told an audience in Ithaca, New York, in 1852, that the ‘right of speech is the delight of the lovers of liberty, as it is the dread and terror of tyrants’. ‘To chain the slave, these parties have said we must fetter the free! To make tyranny safe, we must endanger the liberties of the nation, by destroying the palladium of all liberty and progress – the freedom of speech.’

Douglass’s view of free speech would now be decried as ‘absolutist’. ‘It is idle and short-sighted to regard this question as merely relating to the liberties of the coloured people of this country’, he said. ‘If, today, these parties can put down the right of speech on one subject, tomorrow they may do so on another… Liberty for all, or chains for all.’

Eight years later – and one year to the day after the death of militant abolitionist John Brown – abolitionists in Boston invited Douglass to speak. In a scene repeated on campuses more recently, opponents filled the hall, shouted down the abolitionists, and mounted the stage. Douglass, outraged, declared: ‘Liberty is meaningless where the right to utter one’s thoughts and opinions has ceased to exist.’ Against those who expressed qualified support for free speech but attacked the inflammatory message of the meeting – entitled ‘How to abolish slavery’ – Douglass retorted: ‘There can be no right of speech where any man, however lifted up, or however humble, however young, or however old, is overawed by force, and compelled to suppress his honest sentiments.’

In the late 19th century, the black paper, Memphis Free Speech, owned and edited by the formidable anti-lynching crusader Ida B Wells, exposed the various inequities faced by black Tennesseans, including the callous lynching of three of Wells’ friends. As she later recalled, the town’s white leaders felt that ‘the only way to restore “harmony between the races” would be to get rid of the Free Speech’. In an act filled with symbolism, a white mob destroyed the press, threatening to kill Wells if she returned.

Every civil-rights leader right up to Martin Luther King strongly supported free speech as a voice for the powerless. As a founding member of the NAACP, WEB DuBois championed the free expression even of his worst enemies: ‘But the hushing of the criticism of honest opponents is a dangerous thing… criticism of writers by readers, of government by those governed, of leaders by those led – this is the soul of democracy and the safeguard of modern society.’

But it was in the 1950s that freedom of speech both transformed and was transformed by the civil-rights movement. As Harvard historian Michael Klarman has observed, during the 1950s and 1960s, ‘free speech became intertwined in popular and legal consciousness with another substantive cause that was beginning to prosper – that of the civil-rights movement.’ Both prospered, with African-Americans pressuring the government into passing the 1964 Civil Rights Act while a series of Supreme Court decisions transformed libel law. Harry Kalven Jr, who published The Negro and the First Amendment in 1965, wrote: ‘We may come to see the Negro as winning back for us the freedoms the Communists seemed to have lost for us.’

It is worth reminding those who call for speech to be curtailed in order to fulfil civil rights that it is always the powerful who suppress free speech. Martin Luther King, among many others, was arrested in Albany, Georgia, in 1962, for praying for an end to segregation in front of city hall. In 1961, 187 African-American students were convicted of breaching the peace because they marched to the South Carolina statehouse carrying signs with such messages as ‘Down with Segregation’. Their convictions were overturned in Edwards v South Carolina (1963). The court declared that the government could not criminalise ‘the peaceful expression of unpopular views’.

The case that forever changed US libel law concerned the New York Times. An advertisement in the paper appealed for donations for the civil-rights cause. Among other things, the ad criticised the police in Montgomery, Alabama. In response, Montgomery police commissioner LB Sullivan filed a defamation lawsuit against top civil-rights leaders, including Ralph Abernathy and Fred Shuttlesworth. This was part of a larger effort by Southern officials to use libel law to stop press coverage of the civil-rights movement. Sullivan was initially successful. But in 1964, the US Supreme Court finally dismissed Sullivan’s claims in a landmark case. Sullivan v New York Times shifted the burden of proof to the plaintiff, stating that ‘would-be critics of official conduct may be deterred from voicing their criticism, even though it is believed to be true and even though it is, in fact, true, because of doubt whether it can be proved in court or fear of the expense of having to do so’.

Martin Luther King’s last, poignant Mountaintop speech – given on 3 April, 1968, just before his assassination — demonstrated that he knew the risks of speaking out but would persist in any case. Attacking the injunction against demonstrations of striking sanitation workers, he said:

Today’s attempt to disassociate free speech from the pursuit of civil rights rewrites history. It is always the powerless who gain the most from the freedom to speak out against their condition. And it is always they who suffer when the right to express themselves is curtailed.