Why I’m against mandatory mask-wearing. 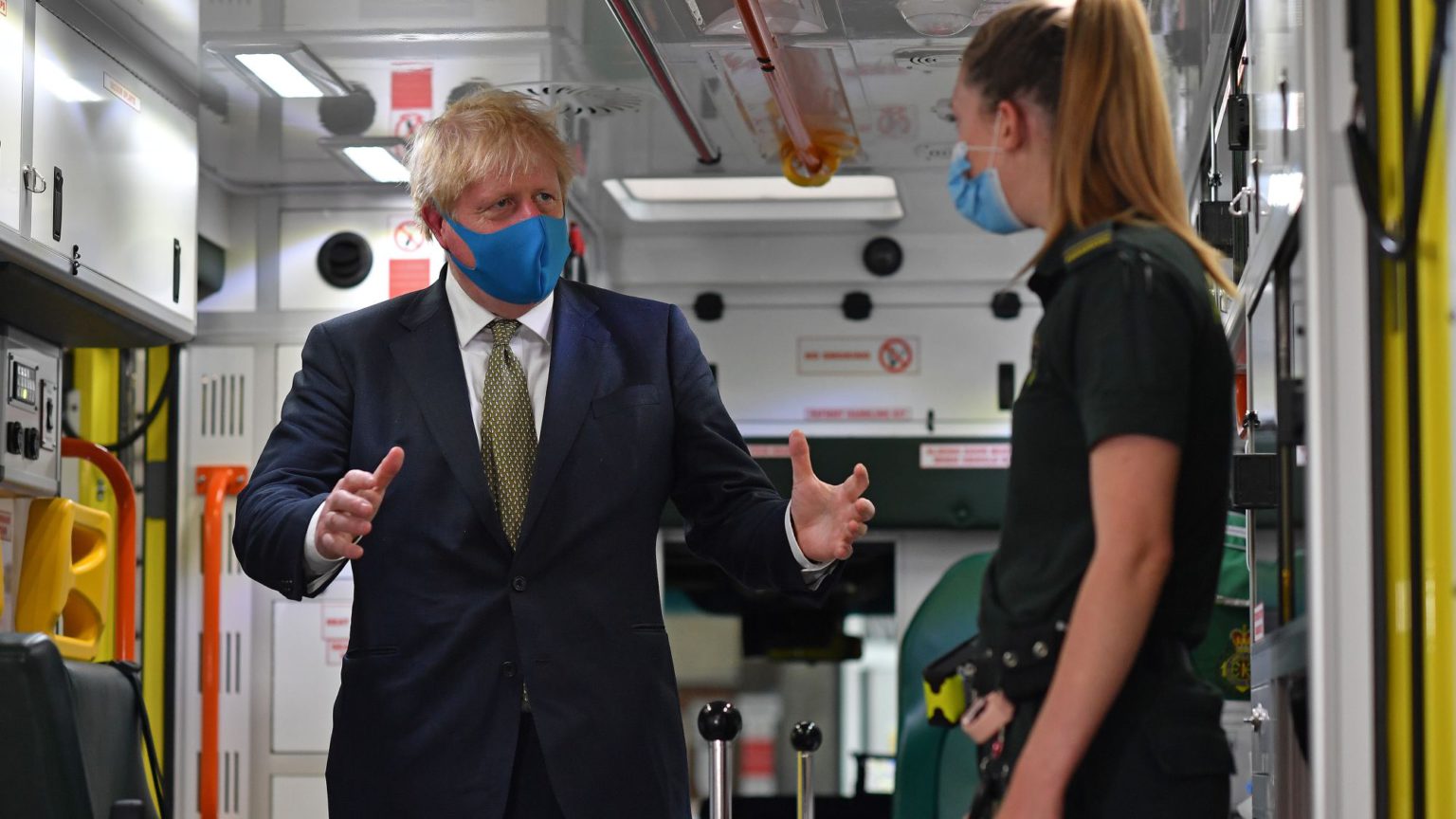 Here come the sneerers. Their target this time? Anyone who expresses even a tiny amount of scepticism about mandatory mask-wearing in shops. Within hours, mask sceptics have become the new climate-change deniers. They’re granny-killers. They’re sociopaths. They’re the kind of people who care more for their right to breath all over the fruit and veg at Lidl than they do for the continued existence of people over the age of 75. The speed with which mask scepticism has been turned into a foul blasphemy that only thick people who probably voted for Brexit would ever engage in rather confirms that this latest manifestation of the culture wars has very little to do with masks. It’s all about people. Those people. It always is.

Boris Johnson has announced that it will be mandatory to wear masks in shops in England from 24 July. If you don’t wear one you could be fined £100 by the cops. We should talk about this, right? We should weigh it up. Discuss the efficacy of masks and the desirability of empowering the police to take a hundred quid off someone who dares to show his face in public, like a politer public-health version of the morality guards in Afghanistan who would whip women with a stick if they ever committed the crime of unmasking their face in public. Apparently not. Apparently you would have to be a Covidiot, a mad libertarian, to want to discuss this latest development. The right thing to do is vigorously nod your head in agreement with the Tory government, don your mask, and muzzle your opinions.

It is remarkable that it is always the people who spent the past year or so telling us that Boris and his crew are fascists who have unquestioningly embraced every Covid-related diktat issued by Boris’s government. Stay in our homes for three months? You got it! Don’t engage in sexual relations with people we don’t live with? Sure thing! Wear a mask in public? Yes sir! The most fanatical lockdown-lovers tend to be found among the millennial left, in Corbynista circles, in the pages of liberal broadsheets, and of course among public-sector workers who know they’ll have a job at the end of all this (unlike many private-sector workers). So it isn’t surprising that these masochistic middle-classes are now fuming against mask sceptics. ‘Do as you’re told!’, they’re essentially saying.

But there’s a lot to talk about here. There are big questions. Do masks guard against Covid? The evidence is unclear. Why will it become compulsory to wear them now, when Covid levels in England are shrinking rapidly? Why could I go to Morrison’s without a face mask when hundreds of people were dying from Covid in England every day but I can’t do so now, when there are so few Covid cases that we don’t have enough people to test the vaccine on? Apparently even raising those questions makes me a Trumpian lunatic. Masks might be designed to stifle one’s possibly infected spittle; mask conformism, on the other hand, is designed to muzzle free expression. Gag yourself. STFU. The masks are now at least partly about that.

The clampdown on mask scepticism is motored by the usual hatreds of the culture war. Witness James O’Brien, LBC’s privately educated mocker of the dim masses, putting out a video in which he discusses the possibility that anti-mask people are Brexit voters. Of course they are, the thick shits. The snobs even have a study now to confirm their prejudices against mask sceptics. The Daily Mail reports that researchers in the US have found that ‘people who refuse to wear a mask or comply with social distancing have lower cognitive ability’. ‘Real covidiots!’, as the Mail sums them up. We’re squarely back in Brexit / blue passport territory, with the chattering classes once against looking down their long noses at what they presume to be the mentally deficient, ‘low-information’ little people. In certain circles, mask-wearing will become a form of distinction; a way of distinguishing yourself from brainwashed cretins and showing you are a Good Person. Masks will become moral garments, public demonstrations of decency. Not unlike in Afghanistan.

We have to talk about this. We cannot let mask-wearing become the ‘new normal’. Masks are horrible. They’re stuffy and claustrophobic. They make it hard to read people’s faces. They alienate us from each other even more, hiding smiles and discouraging chit-chat. And they actually worsen the culture of fear by spreading the idea that our fellow citizens are walking diseases who must be muzzled and kept at a safe distance. Only people comfortable with the contemporary social atomisation that has been intensified by the lockdown would embrace mandatory mask-wearing with no questions whatsoever. Some of us dislike atomisation. We want connection, community, engagement. And so we believe that mask-wearing should be voluntary. Are we allowed to say that?