No US police reform without union reform

Police unions have more power than police chiefs and keep bad cops on the streets. 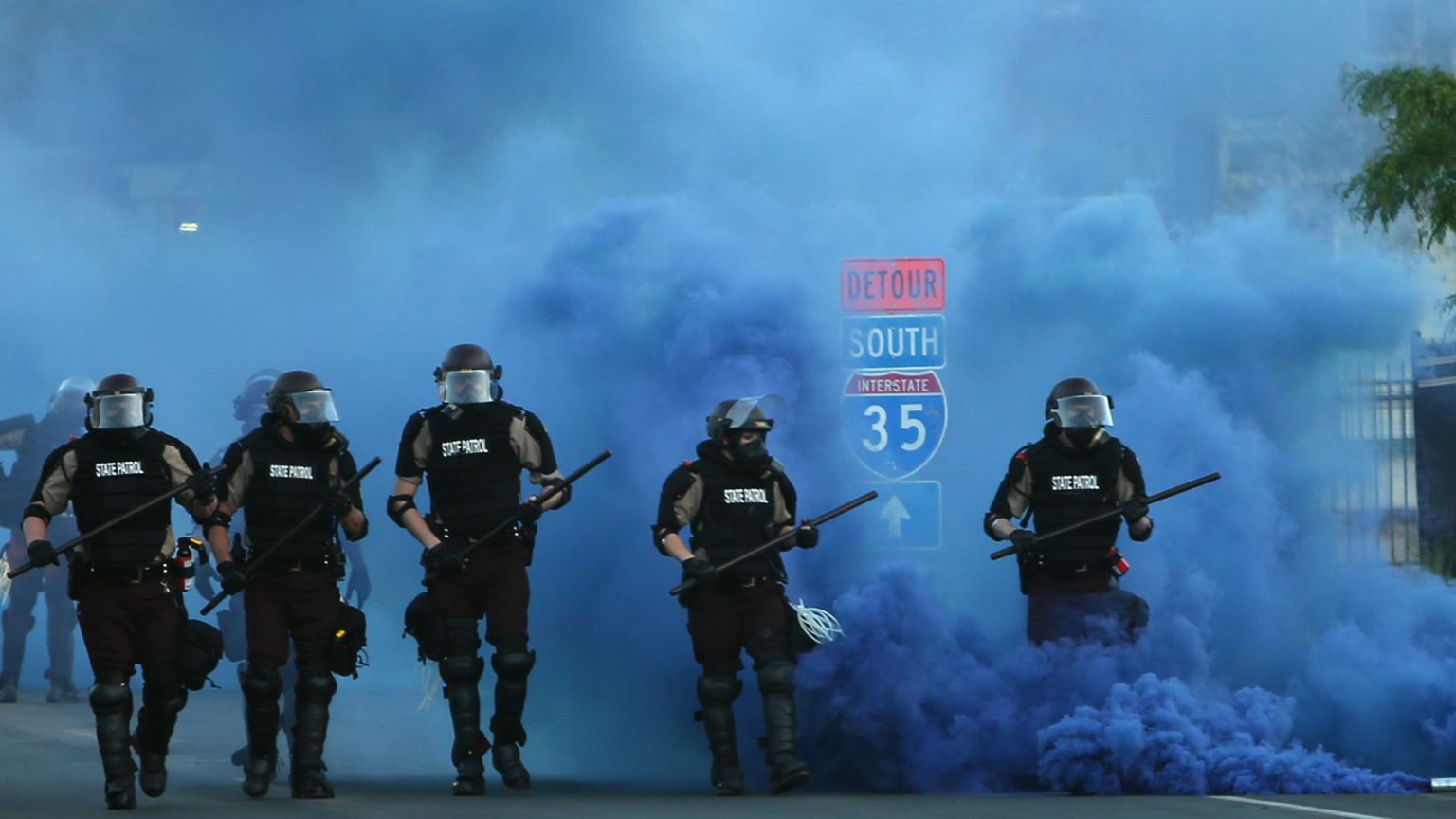 In the wake of the killing of George Floyd, America’s police forces are suffering from an unprecedented image problem. They are seen as violent, law-breaking and unaccountable. Their public face is so battered that calls to defund or abolish the police are now being openly discussed by lawmakers.

It is hardly a surprise. For too long, police who break the law are held to a wildly different standard than normal civilians. Cops get away with things that other people don’t. And when they do get caught, the punishment and legal process is very different than it is for the average citizen.

At the heart of this problem are the police unions. They undermine the authority of police chiefs, and encourage and defend a culture of unaccountability.

Take the case of Breonna Taylor, who was killed in a probably illegal Louisville police raid in March this year. On 29 May, Louisville mayor Greg Fischer tried to mollify the angry constituents demanding action against the policemen involved, but he was forced to admit that the contract Louisville had negotiated with the police union meant the offending officers were subject to a very different legal process to that to which other citizens are subject. ‘I recognise the system is not a best practice for our community’, said Fischer, dejectedly.

It may not be best practice, but unfortunately, it is common practice. Police-union watchdog and advocacy group Campaign Zero lists six key ways that police unions prevent meaningful police reform through the collective bargaining agreements they negotiate for their members:

– Disqualifying misconduct complaints that are submitted too many days after an incident occurs or if an investigation takes too long to complete.

– Preventing police officers from being interrogated immediately after being involved in an incident or otherwise restricting how, when, or where they can be interrogated.

– Giving officers access to information that civilians do not get prior to being interrogated.

– Preventing information on past misconduct investigations from being recorded or retained in an officer’s personnel file.

– Limiting disciplinary consequences for officers or limiting the capacity of civilian oversight structures and/or the media to hold police accountable.

Of course, labour unions exist to protect their members, and to secure improvements in pay, benefits and working conditions. But the provisions the police unions have won go too far. Little wonder many perceive a sense of entitlement among US law-enforcement agencies. As Cato’s Julian Sanchez puts it, it is as if officers of the law ‘expect to be able to break the law and not be punished for it’.

Police unions are also notable for particularly aggressive tactics when ‘lobbying’ lawmakers. For example, the Orange County Register described how police unions harassed and intimidated city council members with threats of arrest, dubious citations and being followed in public.

Elsewhere, Minneapolis city councilman Steve Fletcher tried to reallocate some of the city money usually used for hiring new officers to police-violence prevention. Subsequently, reports the New York Times, police responses to 911 calls placed from within Fletcher’s district suddenly slowed down. ‘It operates a little bit like a protection racket’, said Fletcher of the police.

Police unions, via their Washington lobbyists, also pursue the further ‘militarisation’ of police through the acquisition of military weapons, vehicles and equipment. And they are already gearing up to resist proposed federal legislation to, among other things, end qualified immunity, a judicial doctrine that protects cops from prosecution or lawsuits when they violate someone’s constitutional rights.

As Conor Friedersdorf explained in the Atlantic, ‘all over the US, police unions help many of those cops to get their jobs back, often via secretive appeals geared to protect labour rights rather than public safety’. This means that ‘cops deemed unqualified by their own bosses are put back on the streets’. For example, one Oakland cop killed two unarmed men, requiring the city to pay a $650,000 settlement. The cop was fired but appealed through his police union and was reinstated and even given back pay.

Examples of police unions allowing cops to be a law unto themselves are stacking up. Earlier this month, 57 police officers quit a Buffalo special unit in solidarity with two of their colleagues, who were suspended for cracking open a 75-year-old’s skull after shoving him to the ground. And in Atlanta, officers were charged, including four felonies, after the violent arrest of two students leaving a protest. The following weekend, a Florida chapter of the Fraternal Order of Police told the Atlanta and Buffalo police officers on Facebook that ‘we are hiring in Florida. Lower taxes, no spineless leadership, or dumb mayors rambling on at press conferences… Plus… we got your back! #lawandorderFlorida.’ It seems that from Florida to Hawaii, law-enforcement unions have been instrumental in keeping bad cops in uniform.

Evidence is mounting that no significant reform of America’s police is possible without addressing the influential intransigence of police unions. Little wonder that lawmakers and enforcers across the nation are loudly saying what was previously barely whispered: that the power of police unions must be included in any conversation about police reform. Keith Ellison, the attorney general of Minnesota, mentioned police-union reform on MSNBC last week, and just a few days later Buffalo mayor Byron Brown told CNN that the unions ‘are on the wrong side of history’.

Because unless the problem of police unions is addressed, they will continue to protect their rank and file, who will, in turn, believe they can get away with almost anything. It is up to lawmakers to reject contracts that cede too much power to the unions and to demand accountability from law enforcement and those that represent them.

Thomas Brown is a history teacher, freelance writer and former legislative staffer. Follow him at his Medium page and argue with him on Twitter.