The undemocratic arrogance of the EU

The spat between the ECJ and Germany's Constitutional Court reveals the EU’s disdain for accountability. 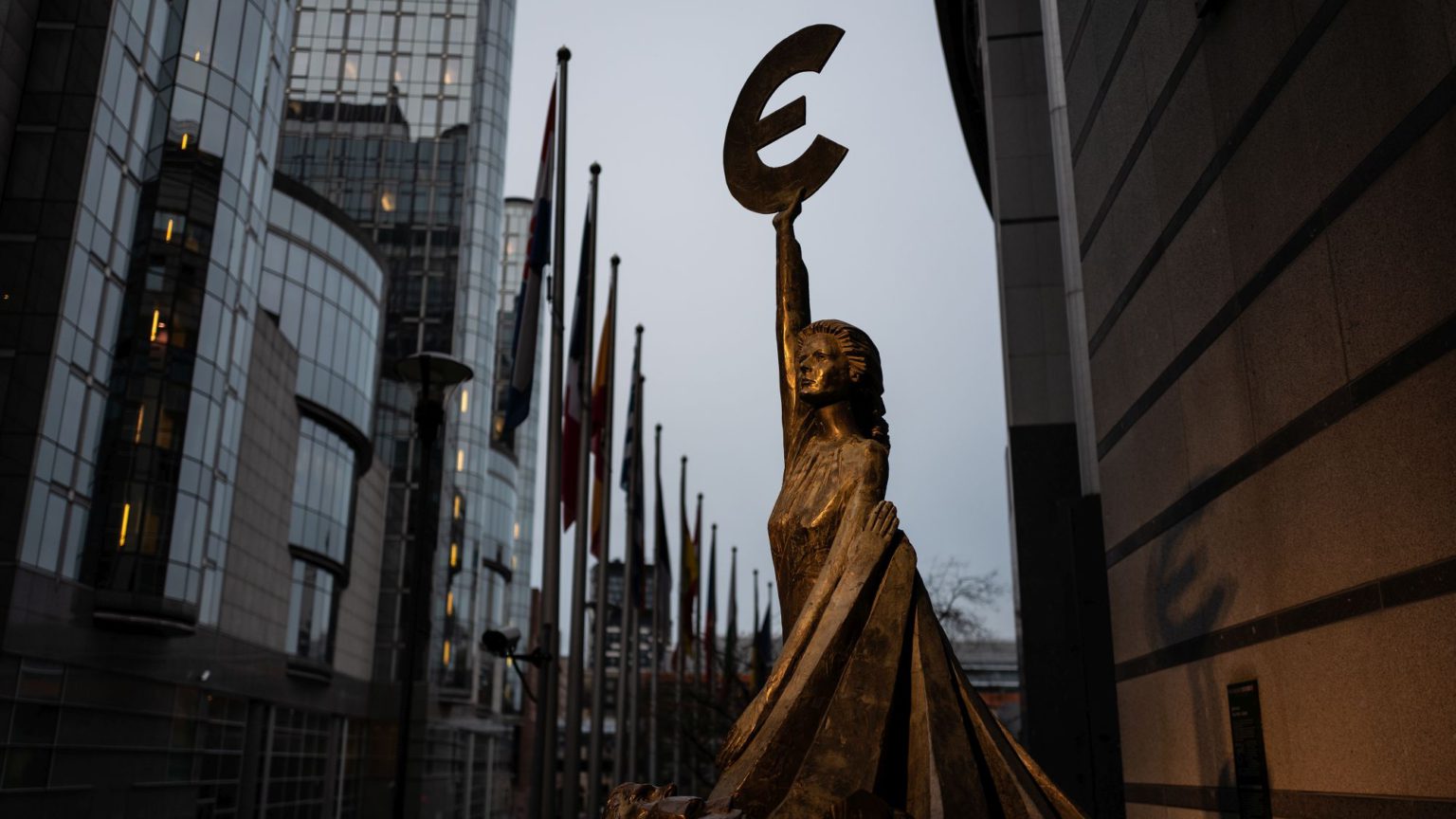 The EU’s anti-democratic nature has revealed itself yet again. Germany’s Federal Constitutional Court in Karlsruhe dealt a huge blow to the EU’s legal order and its economic policy last week, and now Brussels is fighting back.

In a stinging judgment, Karlsruhe found that the European Central Bank (ECB) had violated the law with its public-sector purchase programme (PSPP). The PSPP was the bank’s first quantitative-easing (QE) programme. It started to buy government bonds during the euro crisis to try to lower borrowing costs.

The judgement also declared that the European Court of Justice (ECJ), the court which oversees EU law, had acted beyond its powers in giving the ECB the green light. The German court gave the ECB a three-month ultimatum – if the ECB could not prove its bond-buying programme was ‘proportional’, Germany’s central bank, the Bundesbank, would no longer be allowed to participate in it. Given that the Bundesbank is the ECB’s largest contributor, such an event, however unlikely, would have enormous ramifications for the euro itself.

In response, the ECJ issued an unprecedented rebuke to the German courts on Friday, insisting that it ‘alone’ has the authority to determine EU law across all 27 member states. It warned that ‘divergences between courts of the member states’ would be ‘liable to place in jeopardy the unity of the EU legal order and to detract from legal certainty’.

The European Commission has gone one step further and has threatened to sue Germany. ‘The final word on EU law is always spoken in Luxembourg. Nowhere else’, declared EC president Ursula von der Leyen in a statement on Sunday. She made it clear that ‘EU law has primacy over national law’ and that ‘rulings of the ECJ are binding on all national courts’.

In clear, unambiguous terms, the EU has set out its apparently unchallengeable authority. In essence, what Brussels is saying is that no European citizen should delude themselves into thinking that they have the right to question the EU’s judgement – whether through the ballot box or through their own national courts. National sovereignty – and the democratic rights it can give expression to – are null and void should they ever come into conflict with the EU.

One of the EU’s biggest worries is that if Germany’s quibbling of its decisions is allowed to stand, then it will open the floodgates to other national courts to start challenging the ECJ, too. The EU is particularly worried about countries like Hungary and Poland questioning its authority. Heaven forbid they should run their countries as they see fit.

The economic implications of the judgement could be even more profound. While the German court’s ruling concerns an older QE programme – the roughly €2.1 trillion worth of government debt purchased in the wake of the euro crisis – it could still have an enormous bearing on the current coronavirus crisis. The ECB has already purchased €750 billion worth of assets to try to stem the unfolding economic catastrophe. The European Commission expects the Eurozone’s economy to contract by 7.4 per cent this year – far more than in the wake of the financial crisis, which caused a drop in output of 4.9 per cent in 2009. During the previous crisis, the then head of the ECB, Mario Draghi, promised to do ‘whatever it takes’ to shore up the euro. But during today’s much bigger, century-defining crisis, the ECB’s power to act could be limited by Karlsruhe’s shock intervention.

Whatever the wisdom of the ECB’s QE programme – QE has become normalised as a central-bank policy around the world, after all – the court’s decision serves as an important reminder of the power that has been vested in the EU’s undemocratic institutions. The ECB, the ECJ and the European Commission do not contain any elected representative of the people or are answerable to the public in any meaningful way. Nevertheless, they are able to declare their laws to be supreme and have obtained enormous power over the most fundamental aspect of public life: the economy.

It is not just the EU, of course – it has now become standard practice in liberal democracies to have an ‘independent’ central bank, which insulates policymaking from the demands and needs of the masses. And yet the concentration of power in these technocratic bodies is barely ever remarked upon. It has become frighteningly normal. Indeed, national politicians tend to willingly cede these kinds of power. But Karlsruhe’s ruling suggests the ECB assumed powers it was never legally granted.

One thing the German court noted was that the ECB had failed properly to assess and identify the economic consequences of its bond purchases on various groups, such as savers, shareholders, property owners and insurance-policy holders. But it should not solely be the job of the central bank to determine this. This should be the role of democratic debate. Everyone in the eurozone – some 341million citizens – is an interested party in the ECB’s decisions. If the decisions made by central bankers were subjected to such debate, then their impacts on a much wider range of the population would become clearer.

But public debate about economics, let alone monetary policy, is almost non-existent. Technocratic jargon like ‘quantitative easing’ seems almost designed to bore or confuse rather than enlighten. It gives an implicit instruction to the public of ‘don’t ask, don’t tell’. And you cannot blame the public for not following the detail of a debate over which they have zero influence. The modern apparatus of economic policymaking which we have become accustomed to – particularly the unelected central bankers within the unelected EU – is utterly distant from most people’s lives and interests.

Whatever the outcome of the current Germany / EU row, the most important question that needs to be asked is this: When will Europeans get a say?