We have just days to save the economy

The government’s rescue package has been a catastrophe. It needs a radical overhaul, and fast. 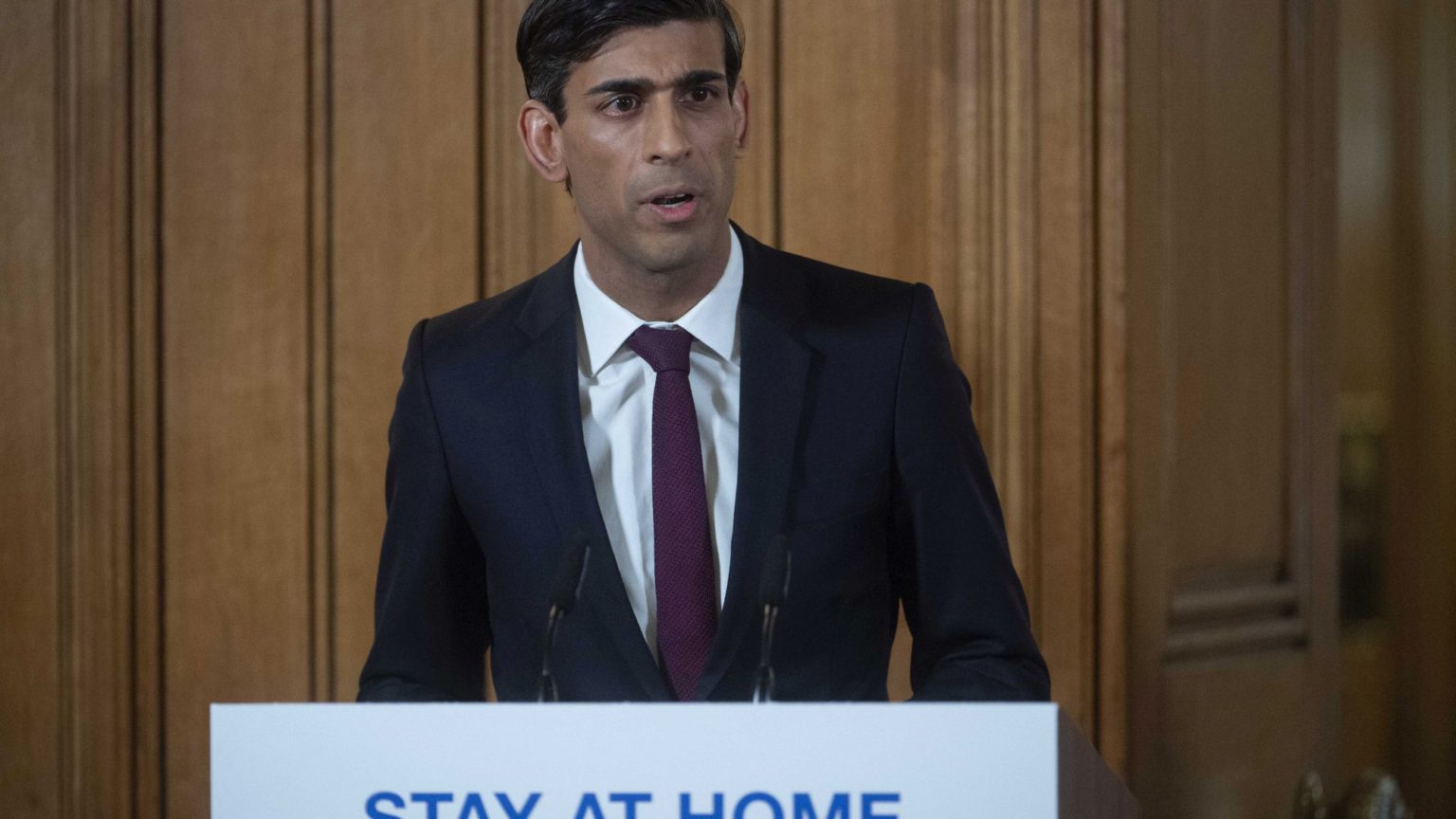 The British economy is on a knife edge.

A month ago, chancellor Rishi Sunak promised to do ‘whatever it takes’ to keep the economy, businesses and workers afloat as the country weathered the coronavirus crisis. He announced a £330 billion package of grants and state-backed loans, and a scheme to pay the wages of furloughed workers. Since then, he has announced additional measures tailored to the self-employed and to startups.

None of this is anywhere near enough to make up for the devastation wrought by the lockdown. According to the Enterprise Research Centre, at least 21,000 more firms went under in March 2020 compared with the same month last year – a year-on-year increase of 70 per cent. The Office for Budget Responsibility is projecting a fall in GDP of 35 per cent in the next quarter, and a rise in unemployment of two million. That would take us to a 10 per cent unemployment level.

A month on from the ‘whatever it takes’ pledge, it is now clear that the one of the key planks of the rescue package – the Coronavirus Business Interruption Loan Scheme (CBILS) – has been a dismal failure. According to figures released last Wednesday, the CBILS has given only £1.1 billion worth of loans to 6,000 companies. Over 28,000 firms have made formal applications and over 300,000 have made inquiries. At last night’s press conference Sunak said there have been ‘signs of progress’ since then, citing new data showing an additional 6,000 firms have been given credit since last week. But if this can be considered progress, it is happening at a glacial pace.

The Coronavirus Job Retention Scheme – the furloughing programme – went live yesterday morning and had over 67,000 applications in its first half an hour of operation. Two-thirds of firms are expected to furlough a proportion of their workforce. The treasury has promised to get cash to firms within six working days. But the experience of the CBILS does not bode well. Any delays in payment could be truly catastrophic.

The gap between the number of companies that need cash and the number getting it is astonishing. Many firms were already in a dire position before the lockdown began – the lack of government support could seal their fate. For instance, six in 10 British firms say they have less than three months worth of cash reserves and therefore are in no position to weather an extended lockdown or strict social-distancing measures without state aid. At the beginning of this month, the Corporate Finance Network warned that a fifth of small businesses could be at risk of collapse. With payday for most firms approaching at the end of this week, and the government’s promised bailout nowhere to be seen, the crunch is now upon us.

So why has the business-retention scheme been so disastrous? At present, the government is only underwriting 80 per cent of each loan. The banks are responsible for the other 20 per cent. According to the government’s rules, the banks will be liable for that 20 per cent if they do not carry out commercial vetting. And so businesses applying for loans are asked to prove their solvency.

But given the inherent uncertainty around the Covid-19 pandemic and the length of the current lockdown, this is nigh-on impossible for most firms to do. No business can credibly assess its viability in this environment. It also creates a catch-22 in which strong businesses which don’t need the urgent cash are more likely to pass the bank vetting, whereas weaker firms could be left to fail.

The Bank of England, the CBI and the Labour Party have all called for the state to guarantee 100 per cent of the loans to small businesses. This would be the right move, but even this is nowhere near sufficient.

The lockdown is a decision made by the government, imposed on society and businesses, and the government must therefore offer adequate compensation. The government should be looking to cover all losses and costs related to the shutdown.

The economic consequences of the lockdown have always been entirely predictable. Even if the lockdown policy stays in place – and spiked has consistently argued that it should not – the scale of the impending cash crunch can be reduced with the right government response. A scheme which delivers on the chancellor’s pledge to do ‘whatever it takes’, by offering swift transfers of cash with far fewer strings attached would mitigate much of the worst in the short term.

It can be done. Within a week of operation, Switzerland had distributed 15 billion of its 20 billion franc package for small business. One business owner told the Financial Times that after spending a minute or two filling out a single-page application form, cash was in his company’s account within 30 minutes. The contrast with the UK’s slow, bureaucratic and frugal scheme could not be starker.

If businesses start going to the wall en masse this week and next, do not let anyone say this was inevitable.