‘The shutdown is blighting billions of lives’

Heather Mac Donald on why the Covid-19 shutdowns cannot be justified. 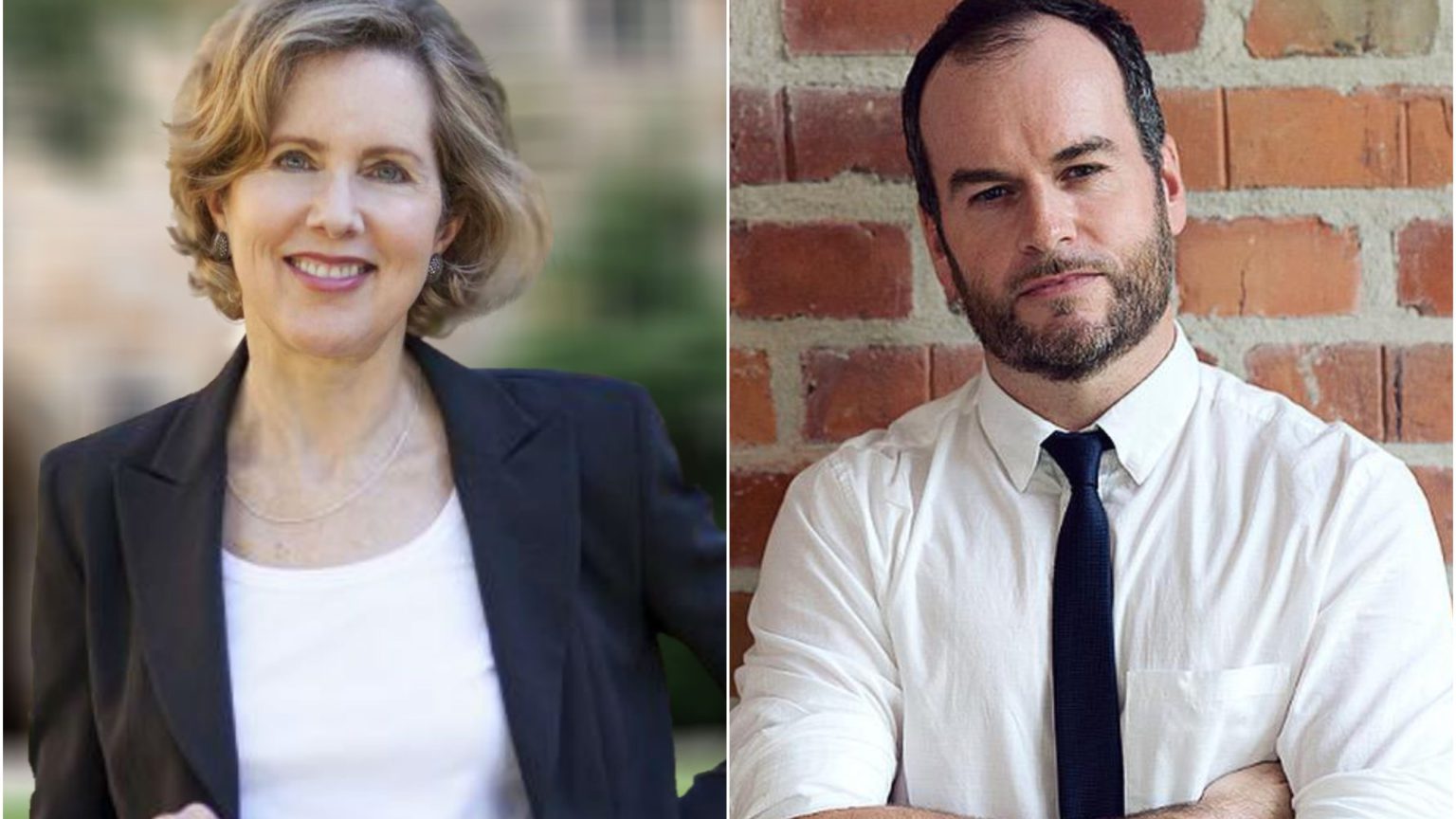 Much of the world is now living under lockdown as states attempt to stem the spread of Covid-19. But is this response justified? Heather Mac Donald, New York Times bestselling author and Thomas W Smith fellow at the Manhattan Institute, argues that our fearful response to the disease – the total shutdown of societies – is more dangerous than the disease itself. She joined spiked editor Brendan O’Neill for the latest episode of The Brendan O’Neill Show. What follows is an edited extract. Listen to the full conversation here.

Brendan O’Neill: Do you think this is hysteria? Or do you think there is some justification to these extraordinary measures?

Heather Mac Donald: I am, of course, absolutely in sympathy for people who are losing family members to this virus. But to be honest, I wake up every day and think maybe this will be the moment when I understand the degree of hysteria, but that moment of enlightenment never comes. The numbers simply do not support the wholesale destruction of the livelihoods of billions of people across the globe.

In the United States, we now have 22,000 deaths [at the time of recording]. That’s compared to about two million deaths which happen every year in the United States. You take out New York State deaths and you get 12,000 deaths in the US. That is a pittance of what we experience every year from heart disease and from cancer. People will say those are not communicable diseases. Nevertheless, a death is a death.

And I am fed up with the argument that to be concerned about the utter gutting of the extraordinary complexity, beauty and creativity of our market economy is somehow heartless. It is compassionate to care about these shutdowns because people’s lives are being blighted, possibly forever.

I think that has been one of the most frustrating things for anyone who raises criticisms of the lockdowns. People will fire back, ‘You care about the economy more than lives’. And it’s a real false dichotomy because the economy is people’s lives. It’s people’s lives in the sense that firstly, it is the way in which we produce things. It is the way in which we create wealth that leads to the building of homes and hospitals and schools and everything else. But also because a huge economic downturn would have an incredibly detrimental impact on human lives, on health, potentially on life expectancy.

So isn’t this really a question of lives versus lives? It is the role of any policymaker to think about those trade-offs. Because we are in a world of finite resources, and decisions need to be made, whether attention is put on this issue versus that issue.

The Third World is going to be devastated by this. These are countries that are already on a tightrope when it comes to being able to provide basic, decent living standards for their people. And we are decimating their export markets, and their ability to work and to participate in the world economy. I fear social unrest of a very large proportion – something that could also hit the developed world if this continues. Again, it is a question of lives and livelihoods. People who have invested their entire lives in building up a small business cannot continue.

I think the left can be perhaps excused in its indifference or unconcern about this because they have faith that government stimulus spending is perfectly substitutable for the private economy. They are oblivious to the fact that we are not going to have a private economy left to tax in order to get the trillions that are going to be spent. But what I’m most amazed at is by some of my colleagues of the more conservative point of view, who also seem to be placing their hopes on these government bailouts in a way that I think is extremely naive. There is simply no way that any amount of government spending can recover what we are losing on a minute-by-minute basis with these shutdowns.

O’Neill: I want to go back to one of the pieces you’ve written on this controversy – and for which got you a fair bit of flack – in the New Criterion headlined, ‘Compared to What?’. It was published on 13 March. And your argument, which I found convincing, was that there is a very distinct possibility that our response to Covid-19 could, in the long-term, prove to be more destructive than Covid-19 itself. When you were writing that, the number of global deaths was 5,123. Now, of course, there are more deaths than that in the United Kingdom alone, and there have been over 100,000 deaths around the world. Has the spread of the disease altered your thinking at all? Or is this the kind of thing, if we are serious, mature adults in how we understand the world and novel viruses, which we should have expected and seen coming?

Mac Donald: I’m still unpersuaded that the numbers today justify the wholesale destruction of the global economy. I am not underestimating the tragedy of this disease. People are forced to see their parents isolated in a hospital ward, fading away by themselves. I am not underestimating the stress that the hospital workers face in the most overburdened hospitals and the worry that they are under.

But again, I just don’t see the numbers at all come to what we are doing here. And again, I ask the question, ‘compared to what?’. Society as a matter of course engages in implicit cost-benefit analysis. We tolerate about 40,000 highway deaths per year – that includes children, middle-aged people and elderly people. We could easily lower that number by half or by three quarters by mandating that nobody drive more than 25 miles per hour. But we have made an implicit collective decision to say we are willing to sacrifice 20,000, 25,000 or 30,000 lives for the convenience of being able to drive faster to our work or to recreation. We know every time we undertake a construction project, whether its mining or building a bridge, that there will be a certain percentage of deaths. But we tolerate that for the greater good. We think there is more benefit to creating that facility or that public infrastructure. And so the idea that any kind of cost-benefit analysis is heartless and cruel is preposterous. It is how society has to operate.

O’Neill: I want to dig down a bit into the question of why this approach has been adopted. You and I agree that this is a high-cost and potentially very destructive approach. But one thing that strikes me is the uniformity of the approach across the world, in terms of the idea that in order to get through this health crisis, we have to sacrifice democracy and freedom and economic life. So what strikes you as being the key motivator for the adoption of that strategy for dealing with a novel virus?

Mac Donald: Well, that is absolutely the most profound question that I find myself asking. It is stunning to me because I will confess that I would have grabbed for an explanation that would suffice for the West, which is the safety-ism culture that we see most pronounced in universities, in the desire for safe spaces and an almost decadent sense of threat that is cut off from anything real. But the fact that we see cultures and countries that are very far from the type of identity politics and victimology that reigns, above all, in the Anglo-American sphere of Britain, the United States, Australia and Canada is fascinating.

The other side would say it’s because this is a real threat and people who are experts in public health know something that we are assiduously blind towards. The very fact of that uniformity shows that this is not a cultural madness, but it’s something that is quite real, and the response is justified, they might say. But my instinct would be to say that the mindset of the West has now taken over the rest of the world.

And it is just amazing to me, whether it is in a global context or in a national context, the indifference of those people who put themselves forward as champions of people of colour and of the poor (although they care more about colour than economic class these days) to the consequences of this. They are willing to consign countries and communities to obsolescence, to premature death, to the diseases that come from poverty. They can see what is happening at this very moment and yet they continue to insist that everybody stay at home. Who knows who will write the history of this, but I have to assume that if reason prevails, this period will be looked upon as an instance of almost unprecedented global madness.

O’Neill: You made a point there, which is incredibly important, which is the role and the interplay of pre-existing cultural narratives and pre-existing worldviews in how we have responded to the virus. You talked about safe spaces and the culture of victimology and the culture of fragility. And it strikes me that those things have played an incredibly important role. In fact in some ways I would argue that this current, extraordinary, unprecedented moment we are all living through, is actually an illustration of how deeply ingrained and influential those kinds of ideas had become in our societies. How much do you think the problem we face is that the virus has hit us at a time in which we are so uncertain of ourselves, and so convinced of our fragility against external risks?

Mac Donald: That’s very true. I really can’t say it much better than you just did. And one notes that the people who are the most fanatical about social distancing are the elites. The fact is, the virus is mostly communicated in close quarters, there is high communication within families, and yet there is such a high degree of paranoia that I see out there among Manhattanites. I had a horrible bike accident because some runner ran into me because she was trying to avoid a phantom person. I don’t even know who she was seeing that she felt was not socially distanced enough.

Even if our national leaders, like Donald Trump or Boris Johnson, were to summon the courage to say that the public-health experts are not the only people who deserve to be listened to at this point – the people who deserve to be listened to are those who are being thrown out of their jobs – even if governments did the right thing by strategically opening up the economy, I don’t know whether it is going to come back to life. People have willingly embraced such a degree of terror, paranoia and frenzied fear at this point that I don’t see them being willing to go back to a restaurant or to a concert hall and engaging in normal life. It is amazing. You are at much greater risk in New York City of being hit by a delivery bicycle or a speeding car than you are walking outside in Manhattan and getting coronavirus. Again, the numbers simply don’t add up.