Ignore the Britain-bashers – we will pull through this crisis

Shame on those who are using the Covid tragedy to bash Britain and sneer at British people. 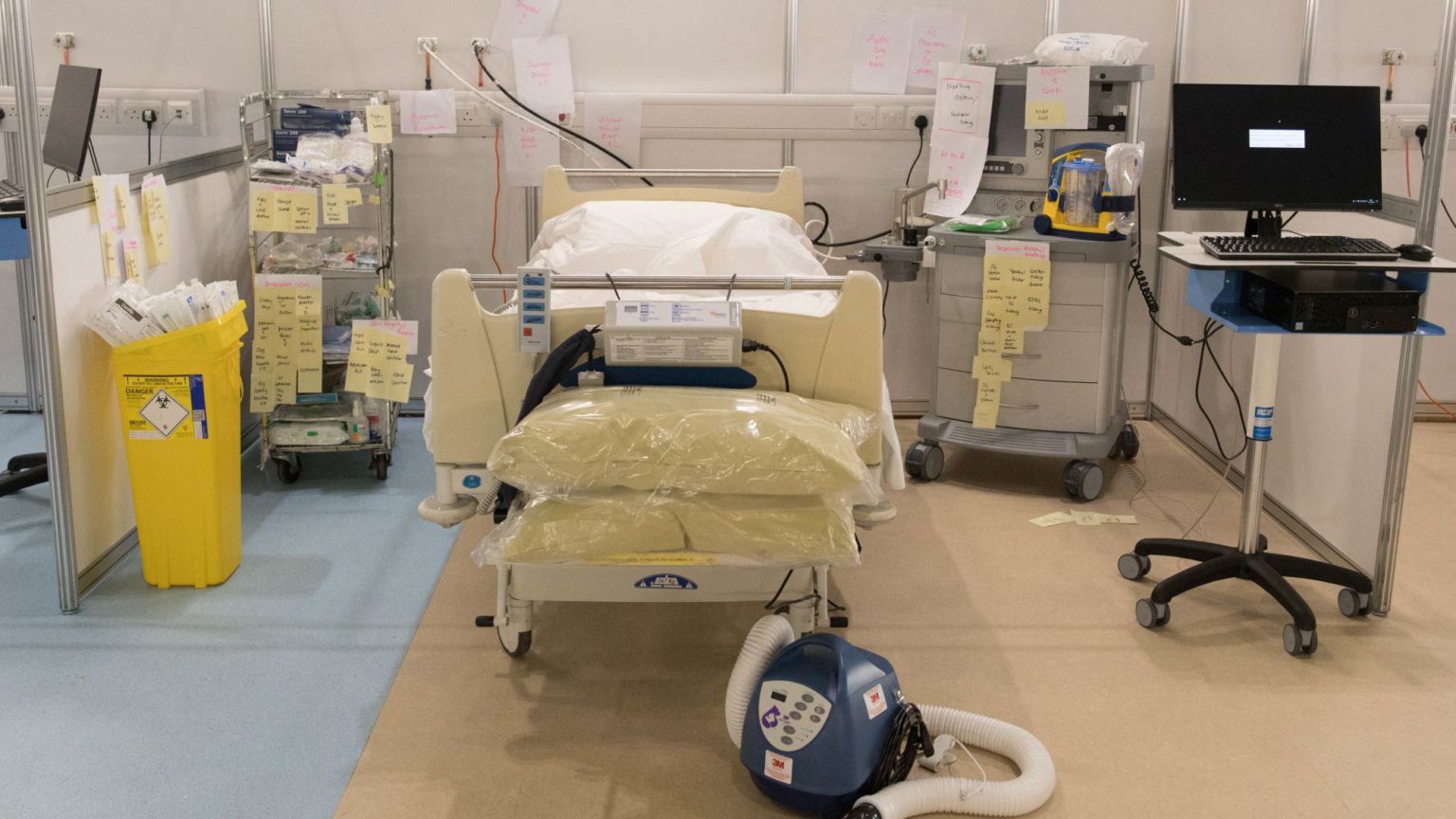 Like vultures, they swoop. The Britain-bashers. The still bruised Remainers. The woke elites for whom Britain is little more than a former Empire, still riddled with racism and drunk on nationalism. All of these ghouls spy in the Covid-19 crisis a chance to put the boot into Britain. To say: ‘I told you so. I told you Britain wasn’t special. I told you this nation you foolishly worship is weak and useless.’ This is the sick Schadenfreude of the bourgeois defeatists who see Covid-19 almost as a rebuke from God – or someone – to a nation with dangerous delusions of grandeur.

Their vulture-like feasting on a country struggling to deal with a nasty new virus is clear from the headlines to their columns. ‘The myth of Great Britain must finally end when our government has failed us so badly over coronavirus’, says a piece in the Independent . The writer, a Corbynista, naturally, doesn’t only criticise the government’s strategy for dealing with the virus, which is a perfectly legitimate thing to do. She also mocks the ‘myth’ that Britain is a great country. The ‘illusion of a Great Britain’ and the nonsense idea of the ‘Blitz Spirit’ will surely collapse following the Covid crisis, she says. This is more than criticism of ministers and tactics. It feels like the pursuit of the culture war by other means, the weaponisation of the Covid tragedy to re-energise the Britain-bashing that had already become so rife among cut-off woke elites.

Everywhere they are taking aim at the supposed myth of British exceptionalism. The Covid defeatists have convinced themselves that the reason Britain has a relatively high number of Covid deaths is because Boris Johnson and his cabinet of Brexiteers – and by extension us dimwits who voted for them – took the ridiculous view that Britain is a unique, wonderful, freedom-loving country and therefore it would be wrong for us to rush into a lockdown. In the words of arch Britain-basher and obsessive opponent of Brexit, Fintan O’Toole, ‘On the altar of this exceptionalism, lives have been sacrificed’. So national pride isn’t only stupid and vulgar, a view the disconnected, pseudo-cosmopolitan elites have held for a long time – it is positively lethal, too.

‘Was it British exceptionalism’ that nurtured the current Covid-19 crisis, asks a writer for the New Statesman? It was partly ‘a sense of British exceptionalism’ that ramped up the Covid virus here, says one public-health expert. Brexit, of course, is never far from some of these people’s minds, given that our democratic rejection of the EU was also a rejection of their cultural miserabilism and technocratic arrogance. So it isn’t surprising that our alleged Covid mistakes have been neatly folded into the mistake (as they see it) of Brexit. ‘Whoever said that British exceptionalism would end with Brexit?’, one writer asks, perusing the apparently arrogant approach Britain’s deluded leaders initially took to the virus. We thought we could manage outside of the EU and now we think we can manage against a global virus – what fools we are.

Witness, too, the policing of any pro-British language in relation to the struggle against Covid-19. A writer in the Financial Times takes aim at all the talk of Blitz Spirit. The Blitz Spirit is ‘bunk’, he says, but it is ‘just too comforting a story for Britons to abandon’. And how about the unhinged response to Dominic Raab’s description of ill Boris as a ‘fighter’? From Newsnight to the Guardian – hard to tell the difference these days – they mocked the ‘fighter’ talk. ‘That kind of talk is dangerous’, a writer for the Independent claimed.

There is almost a sense of relish in some of this Covid commentary. The purveyors of this sick Schadenfreude seem to believe that Britain is finally being taught a lesson. This is clearest in Fintan O’Toole’s borderline mockery of Covid-hit Britain. The virus has ‘exposed the myth of British exceptionalism’, he trills. He mocks Boris for enforcing a lockdown reluctantly and for expressing regret about the loss of freedom it would entail. This nation is so ‘drunk on freedom’ that it is willing to harm itself, he says. British exceptionalism consists of a ‘fantasy of personal freedom as a marker of ethnic and national identity’. Having previously pathologised the vote for Brexit as the act of a deluded people nostalgic for Empire, now O’Toole pathologises our attachment to freedom as a kind of madness, a national drunkenness, just another story we tell ourselves in order to feel ethnically distinctive. Our love for democracy was racist, and our love for freedom is racist too, apparently.

O’Toole’s commentary increasingly comes across as anti-British bigotry. It is not criticism of governments or strategies, but of the entire culture of Britain and the comforting lies Brits apparently tell themselves. And don’t think for one moment that the Britain-bashing of O’Toole and the other Covid vultures is about attacking the elites. Their targets are just as often the little people, who, after all, are the ill-educated Empire nostalgists who put Boris in power. As O’Toole said of Brexit, it was powered by a strange mix of ‘people with tattooed arms and golf-club buffers’. We all know what ‘people with tattooed arms’ means: it’s the kind of phrase anti-democratic elites must use when political correctness restrains them from saying ‘scum’.

Covid Schadenfreude can likewise be glimpsed in the almost gleeful sharing of stats and graphs showing Britain’s daily death rate. This is clearest in the context-free doom-graphs made by John Burn-Murdoch of the Financial Times. Every day his graphs of death are latched on to by dystopian millennials and woke leftists as proof of the evilness of the Tories or the myth of Britain’s greatness. ‘Look how much worse we are doing than New Zealand!’, people cry, which is almost immeasurably ignorant. In terms of population density, the size of immigrant communities (in which the known co-morbidities of Covid-19 are often quite pronounced), and how we measure and document Covid-related deaths, Britain could not be more different to New Zealand, and other countries too. And yet none of this is factored in. Context is not permitted, because the overarching aim is one of horror, a desire to create a jarring, disorientating sense that Britain is doing worse than any other nation on Earth and that we absolutely must consent to being humbled and changed by this horrible experience. Maybe we should even rejoin the EU?

There is such a deep cynicism in all of this. It is not constructive criticism or debate, which we need in spades right now. Yes, we should be holding the government to account. Yes, we should talk about the ill-preparedness of the health service. Yes, we must reckon with the sclerotic nature of the bureaucracy we live under (which long predates Boris’s presence in Downing Street) and its lack of responsiveness. And yes, we should continue questioning the lockdown and its predicted disastrous impact on the economy. But the vulturism of the Britain-bashers is something very different. It represents the importing of pre-existing prejudices into the current crisis. It is the exploitation of a health crisis to the woke end of taming Britain, humbling the British people, ridiculing our belief in freedom and democracy, and questioning whether our attachment to the ideal of nationhood is wise in an era of global problems and global viruses. We need to be more ‘cosmopolitan and global’, as O’Toole says. Make no mistake: they are refighting the battle over Brexit on the terrain of Covid. They seem to hope a disease will achieve what they failed to achieve at the ballot box: the neutering of British nationhood and the taming of British democracy.

It is the opposite of what we need right now. We need confident individuals and communities to pull together, locally and nationally, in order to help sick people and vulnerable people and keep the country going. Anti-British bigotry is a barrier to the national and collective vigour that can pull us through this crisis and point the way to a freer, happier, more democratic and exceptional future.