The EU's wretched response to the coronavirus crisis confirms that it is incapable of reform. 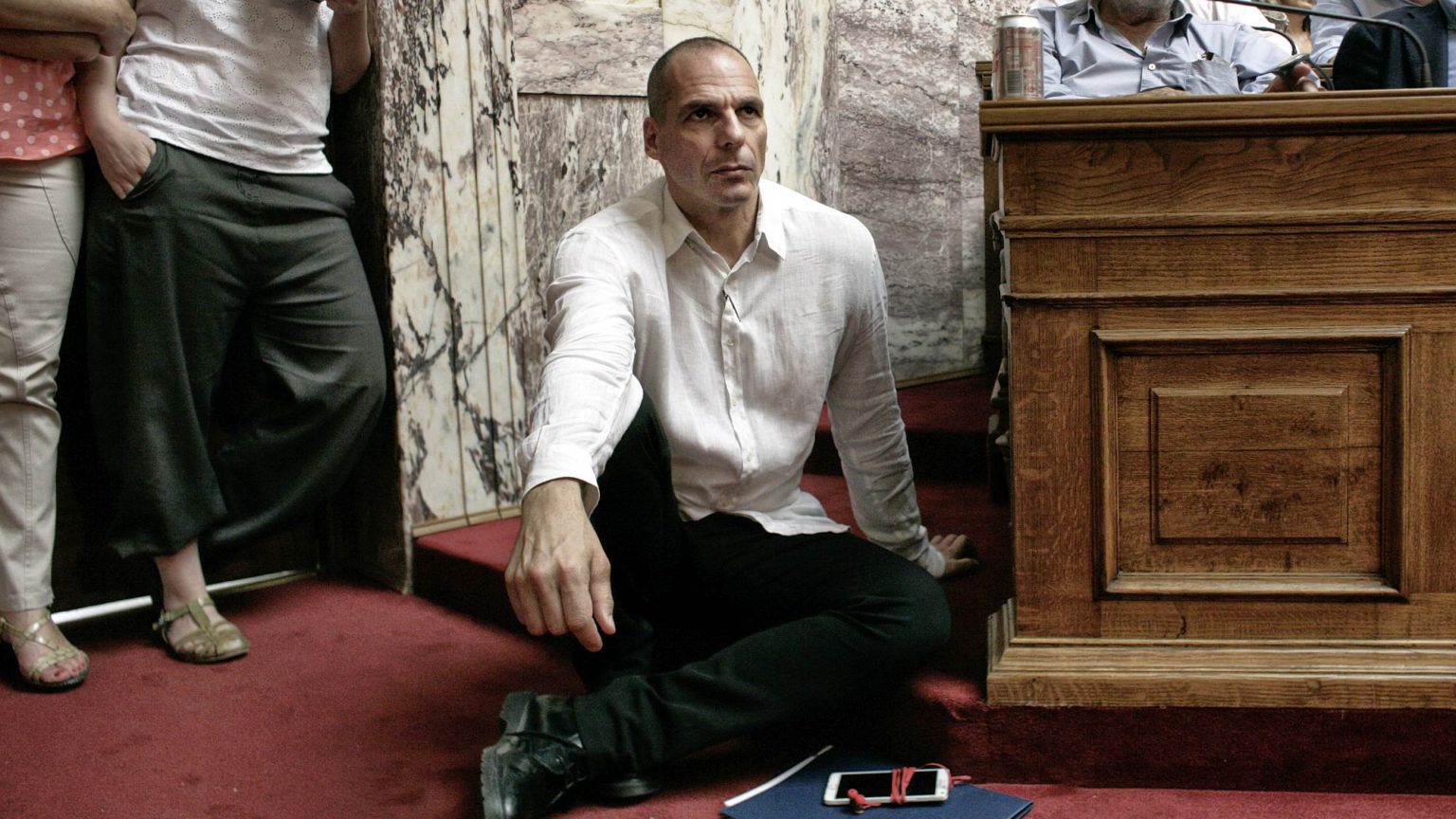 ‘I don’t think the EU is capable of doing anything to us other than harm’, said Yanis Varoufakis, the radical academic and one-time Greek finance minister. ‘I opposed Brexit but I have now reached the conclusion that the British did the right thing, even if they did it for the wrong reason.’

Despite that final caveat, this is quite the admission from Varoufakis. In the run-up to the EU referendum in 2016, this veteran of the Greek bailout crisis in 2015 became the principal spokesman for the remain-and-reform position beloved of Britain’s bourgeois left. He even launched something called the Democracy in Europe Movement 2025 that February, and toured Britain thereafter, telling Eurosceptic leftists that the EU was a terrible, undemocratic set of institutions but that leaving it would be even worse. Then, after the referendum, he doubled down on Leavers, repeating the tired, elitist calumny that Brexit was a victory for ‘fascists, xenophobes and racists’, and that he and his Corbynite brothers-in-tweets, ‘like our grandfathers and grandmothers in the 1930s, had a moral duty to try and stop the fall into the abyss’. Because that’s what Brexit was to him and his cronies: the fascist abyss.

But it seems that even the bad faith of this most unlikely of Remainers has finally been shattered by the EU’s response to the coronavirus crisis. He has seen the drawbridges being pulled up, as Germany and France imposed export bans on medical equipment, deepening the crisis in Italy. And he has seen the callous, rule-bound approach of the Eurogroup, as German and Dutch finance ministers refused to countenance sharing the debt incurred by their poorer Eurozone neighbours – Spain, Italy and even France – arguing instead that the worst hit should receive loans from the European Stability Mechanism, complete with austerity-strings attached. Because that’s all that matters to the EU – preserving the integrity of the Eurozone.

All this has finally proved to Varoufakis something essential about the EU. Not just that it is a thoroughly neoliberal, anti-democratic set of institutions, but also that it is immutable. It will never become the progressive paradise its anti-Brexit cheerleaders said it could, if only the UK stuck with it, and reformed it from within. It is, in short, utterly unreformable.

And that had always been the core problem with Varoufakis’s approach to the EU. He thought the EU could change. Sure, it had problems, but there was no need to throw the baby out with the free-market bathwater. It could become more democratic, the European Parliament could be empowered, and the Eurozone could be restructured – that was his view.

This belief in the perfectibility of the EU was to doom Varoufakis to failure during his short stint as Greek finance minister in 2015. Then, as part of the leftist coalition of the Syriza government, Varoufakis talked of rolling back the harsh austerity measures imposed on Greece by the so-called Troika (the European Central Bank, the International Monetary Fund and the European Commission), which had bailed out Greece following the financial crisis of 2008. Varoufakis was key to Syriza’s anti-austerity mission. Leading the negotiations with the Troika, he was meant to win concessions from Greece’s creditors. And he had one thing seemingly in his favour: the threat of Greece defaulting on its debts and leaving the Eurozone.

But that was also the problem. Because Varoufakis, like Alexis Tsipras, the then Greek prime minister and leader of Syriza, did not want to leave the EU. So they never prepared to leave the EU. And therefore the one thing that Greece had in its favour – the threat of a Grexit – was an empty threat. The Troika knew this, and reiterated their demands that Greece meet the conditions of the bailout packages. And Syriza duly complied, again and again. Varoufakis was utterly complicit in this betrayal of the Greek people’s desire to challenge the EU, articulated, first, in Syriza’s 2015 election victory and reiterated in the bailout referendum in July 2015, in which they voted overwhelmingly against accepting the EU’s punitive terms. And he failed precisely because, believing that the EU could be reformed, he never contemplated Greece leaving it.

Having effectively failed, he resigned his position as finance minister in September 2015.

This experience ought to have taught Varoufakis, once and for all, that the EU was not for turning. It is an institution whose very raison d’etre is to insulate the workings of capital from any form of democratic, nation state-led intervention. Indeed, the EU’s very constitution enshrines and protects neoliberalism: that is, the free movement of goods, services, capital and labour. It didn’t matter what Varoufakis, tie-less and t-shirted, ventured in his meetings with Eurogroup leaders that summer. It didn’t matter what popular mandate Syriza thought it had. And it certainly didn’t matter what the Greek people wanted. Because the EU, with its officials’ hands bound by fiscal rules and constitutional principle, was established to insulate the economy and economic decision-making from political, democratic interference.

But the experience taught him nothing. Perhaps this was because it always seemed a bit of a game to this privately educated son of a steel magnate. Up until his sudden emergence in 2015, as the rock’n’roll politician, listening to Bob Dylan while peddling hip debt swaps to a staid EU officialdom, Varoufakis had cut a marginal, dilettantish figure. Always the intellectual playboy, he joined the Communist Party of Great Britain and fronted the Black (!) Student Union at the University of Essex in the late 1970s. Varoufakis had then embarked on an unremarkable outsider’s march through various academic institutions, including one stint at the University of Sydney where colleagues remember him as ‘the most narcissistic man they’d ever met in their lives’.

His sudden emergence and departure from Greek politics in 2015 (before re-emerging in 2018 with a brand new party) is entirely characteristic of this most picaresque of lives. There was an opportunity as part of Syriza, a movement of which he was never a member. And he took it. No personal risk. And, crucially, no political risk, since he never took Greece’s potential exit from the EU seriously.

What it did do was provide him with a chance to publicise himself as a radical, raging against the iniquity of the EU, while never going so far as to contemplate a future beyond it. It set him up perfectly for his sporadic role in British politics, as the champion of that most disingenuous of positions: remain and reform. In many ways, this was less a position than a coping mechanism. It allowed self-styled leftists, who, like Varoufakis, happily criticised the ‘incorrigibly neoliberal EU’, to feel better about not wanting the UK to leave it. It allowed them to reconcile themselves with their embrace of the status quo. It permitted them to feel radical while acting otherwise. They wanted to remain in the EU, not because it was in their material and political interests to do so (which of course it was), but because they were really, really keen to revolutionise it from within. Of course they were….

But now Varoufakis, rightly aghast at the EU’s response to the coronavirus crisis, has finally acknowledged what many of us have always known. That the EU is beyond reform. And soon it could be beyond saving.