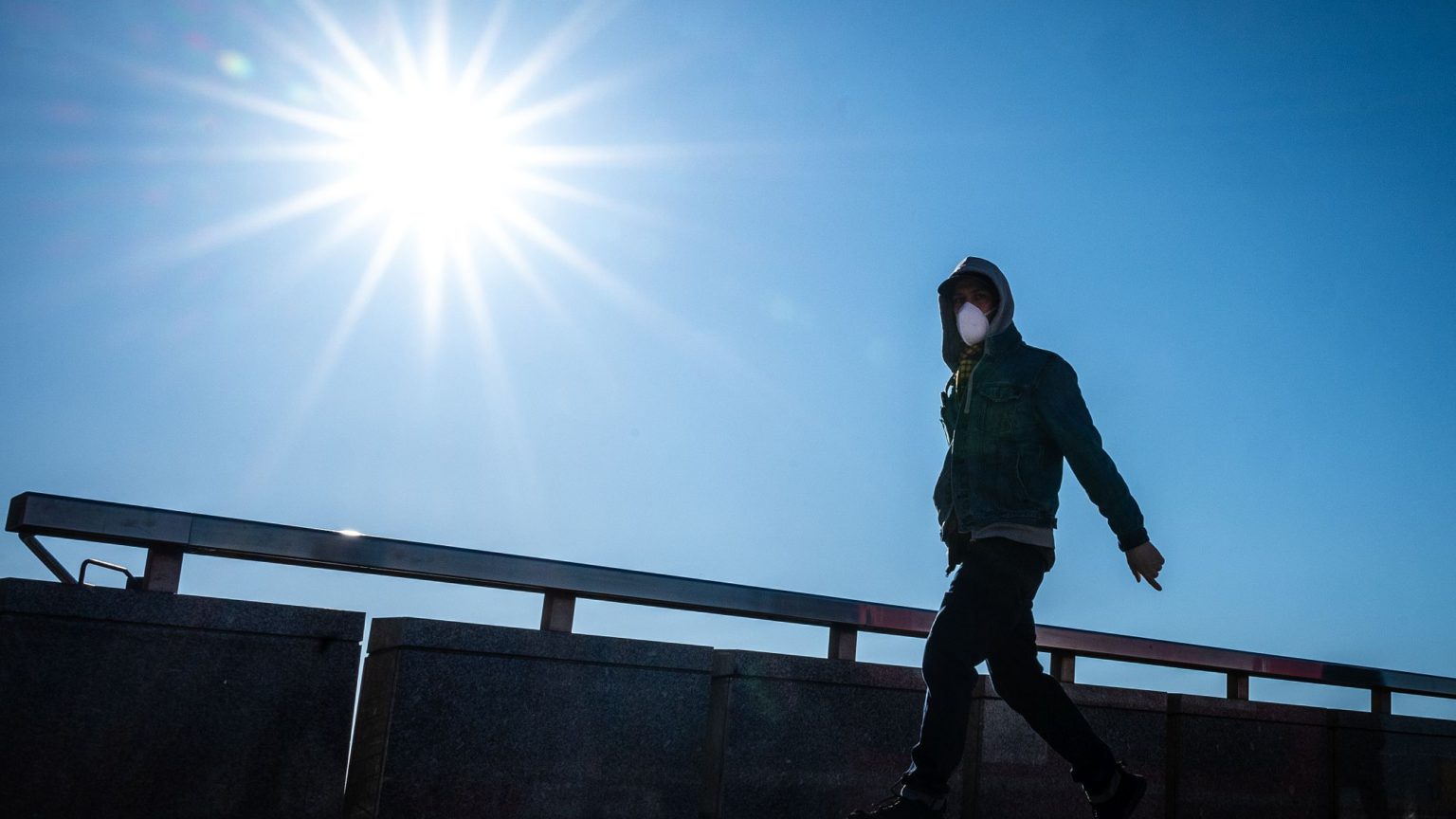 Dissent in a time of Covid

The witch-hunting of those who criticise the response to coronavirus is chilling – and dangerous.

Two nasty ailments have gripped Britain in recent days. The first is Covid-19. The second is intolerance of dissent. The authoritarian instincts of the chattering classes have been on full display in this crisis. You can see it in their daily pleas for Boris Johnson to turn the UK into a police state. You can see it in their sneering at people who visit parks or take a walk on a beachfront. And you can see it most disturbingly in their implacable rage against anyone who deviates from the Covid-19 script and asks if shutting down society really is the right thing to do. Like medieval scolds, they brand such people dangerous, insane, a virus, accessories to manslaughter. ‘Shut them down!’, they cry, thinking they are signalling their concern for the public’s health when really they are advertising their profound contempt for freedom of thought and critical debate.

In an emergency, freedom of speech doesn’t stop being important. It becomes more important. The vast majority of people accept there will be restrictions on their everyday freedoms in the next few months. They know they won’t be able to socialise very much and will have to stay indoors for long periods of time. We accept this because, in contradiction of the anti-masses hatred coming from the media class at the moment, who are fuming over photographs of what they view as thick, ignorant scum walking in parks, people actually have a strong sense of social solidarity. They are concerned for the health of their friends, families, community and society. They accept restrictions to that end. But even in a moment like this there should be not a single restriction on freedom of speech. The right to dissent from the middle-class apocalypticism enveloping the Covid-19 crisis is the most important liberty right now.

And it’s a liberty under threat. The speed and intensity with which questioning extreme responses to Covid-19 has become tantamount to a speechcrime is alarming. I had a taste of it this weekend, when I found myself in the eye of a storm over a Spectator piece I wrote questioning the wisdom of closing pubs. Peter Hitchens did too, after he wrote a Mail on Sunday piece questioning the Covid shutdown of society. Others who have wondered out loud if the freezing of social and economic life is the right response to this novel new virus have been hounded, shamed, reported to the Silicon Valley authorities. David Lammy calls us insane and dangerous and says our words should be unpublished. Unpersoning will be next. Questioning the lockdown will see you blacklisted from polite society.

How swiftly we become McCarthyites. How naturally intolerance comes to that section of society that thinks it knows best. Partly, of course, this is always its default mode. As we know from the past couple of decades of social shaming, No Platforming and outright state assaults against people who are deemed to hold hateful or wrongthink views, the new elites are not exactly friends of freedom of speech. But the rising tide of Covid-19 censoriousness also suggests that these people think that when things get serious, when society faces a genuine threat, then freedom of speech becomes a negotiable commodity. Words potentially become dangerous. Bad ideas can lead to loss of life. So police speech, shame the dissenters, silence the ‘virus’ of incorrect thought. This is as wrong as it is possible for someone to be. It is precisely moments like this that show why freedom of speech is the most important value in a civilised, democratic society.

Right now, our societies are doing something historically unprecedented. They are asking us to change our lives in ways that would have been unimaginable just a couple of weeks ago. Some European societies have completely shut down. This week the UK will likely introduce a Coronavirus Bill that will give our government extraordinary power over individuals and public space. The right to question this is essential, for two reasons. First, because we should never feel comfortable with restrictions on freedom. Even if we accept them as short-term measures in a mass act of social solidarity to protect life, they should still make us bristle and balk and constantly ask questions: ‘Why is this necessary? When will it end? When will the Coronavirus Bill be repealed?’

And the second reason freedom of speech becomes even more important in a crisis is because of one of the key things that freedom of speech does – it encourages intellectual humility. Freedom of speech is the means through which all of us entertain the possibility that we are wrong. The great service of freedom of speech is that it helps us question ourselves. The unfettered existence of all kinds of interesting, challenging, strange and offensive views is the great and essential guard against our own tendencies to dogma. It invites rethinking, re-evaluation. It gives us that great liberty: the liberty to change our minds.

Dogma, in contrast, does the opposite. Dogma emerges where people shield themselves, normally courtesy of censorship, from the thoughts and questions and criticisms of others. Forcefielding oneself and one’s ideas from criticism gives rise to lazy, sclerotic thinking. It nurtures orthodoxies and blind beliefs, ideologies that are cleaved to not because their worth and substance have been properly tested through rigorous public debate but because we just know they are right. Doing that in normal times is bad enough. Doing that in a time of unprecedented crisis is lethal. It means this: society might go down a route that is wrong. I’m not saying it is wrong. But shouldn’t we entertain the possibility that it is? Shouldn’t we nurture the conditions of freedom in which the potential wrongness of what we are doing could be exposed? Shouldn’t we be humble rather than dogmatic about the overhaul of modern life, and open to the possibility that it is a mistake?

I want to hear from dissenters who think that what we are doing is wrong. Their voices are immeasurably important right now. They will protect us from the disease of dogma. I want to hear from people like David L Katz, founding director of the Yale-Griffin Prevention Research Center, who says the lockdown might be a mistake; that this ‘near total meltdown of normal life – schools and businesses closed, gatherings banned – [might be] long-lasting and calamitous, possibly graver than the direct toll of the virus itself’. I want to hear from those, like Katz, who are asking if the lockdown itself could actually help to spread the disease, for example by closing colleges and schools and sending ‘young people of indeterminate infectious status… to huddle with their families’.

I want to hear from people like Professor Michael T Osterholm, director of the Center for Infectious Disease Research and Policy at the University of Minnesota, who says ‘a national lockdown is no cure’. Who says we must urgently ‘consider the effect of shutting down offices, schools, transportation systems, restaurants, hotels, stores, theatres, concert halls, sporting events and other venues indefinitely and leaving all of their workers unemployed and on the public dole’. ‘The likely result’, he says, ‘would be not just a depression but a complete economic breakdown’.

I want to hear from people like Gerd Gigerenzer, director of the Harding Center for Risk Literacy at the Max Planck Institute for Human Development in Berlin, who reminds us that apocalyptic predictions were made about earlier viral diseases and they did not come true. Who reminds us that the UK government predicted that 65,000 Brits would die from swine flu in 2009, but actually fewer than 500 died. Who says there are dangers both to underreaction and overreaction to Covid-19 and that our society must learn to live with this uncertainty.

I want to hear from these voices because they can help to hold at bay the desire for unflinching certainty and dogmatic responses in the face of Covid-19, neither of which are helpful, and both of which could end up causing as much harm to society and our wellbeing as the disease itself. The instinct to demonise and shut down anyone who says we are overreacting to Covid-19 is not only irritatingly censorious and anti-intellectual – it is potentially dangerous, too, since it will erase those opinions that are holding out the possibility that what we are doing is wrong. ‘Am I wrong?’ has never been a more important question to ask ourselves. And freedom of speech is the thing that makes that question possible, makes it meaningful, and gives it the extraordinary power to protect society from good intentions that might have terrible consequences.