We need to fight back against the new censorship or risk losing the most precious liberty of all. 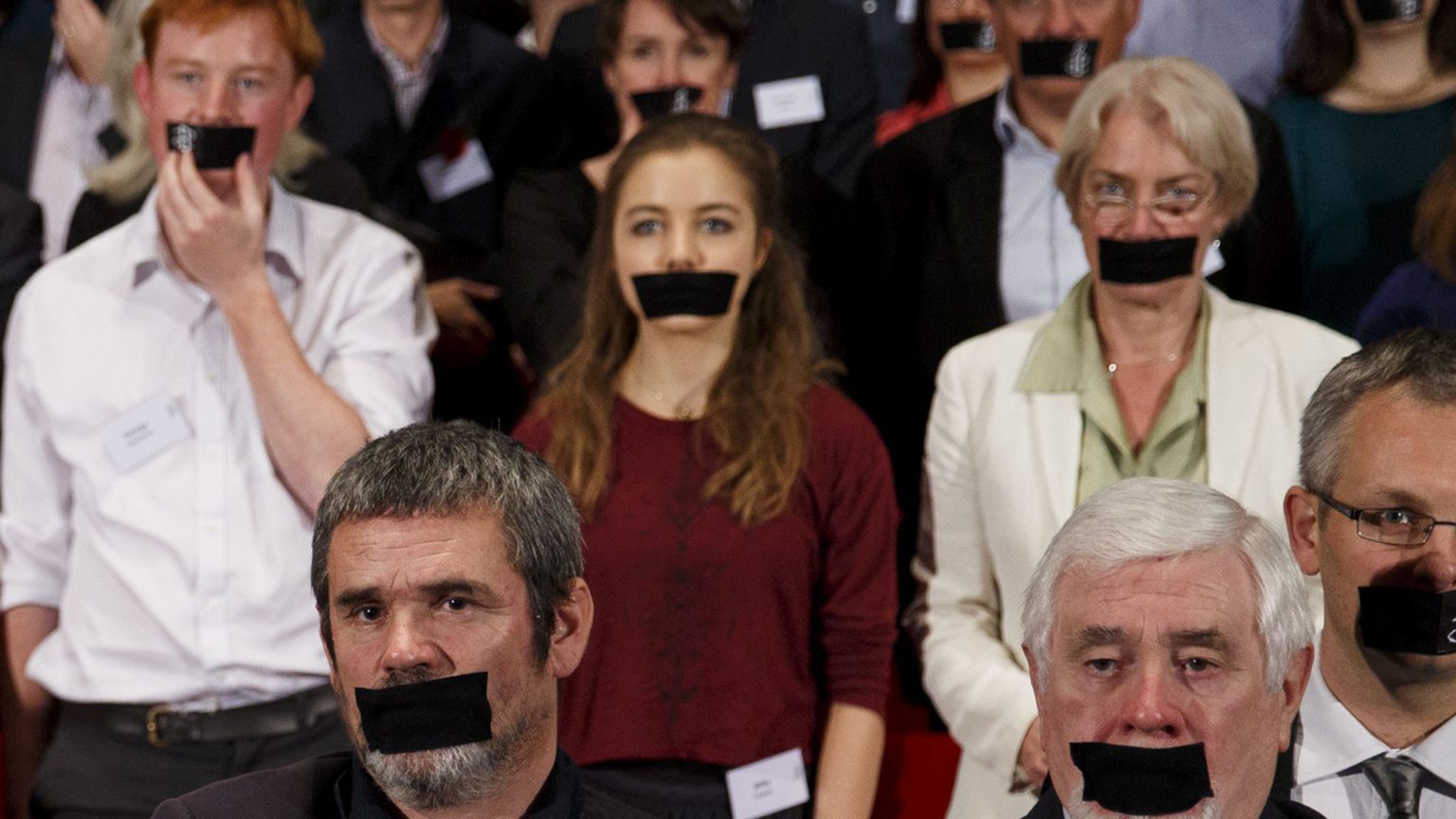 I have been working as a lawyer defending free speech for over a decade.

In 2012, I wrote Censored, a short book on hate-speech laws in Europe, and the imminent threat they pose to freedom of speech. Four years later, a second edition was needed. There were more laws, more cases to report, and a radically changing legal landscape. And in the four years since then, Europe’s march towards censorship has continued unabated. Not so much a ‘slippery slope’ – more a running jump.

Vaguely worded and arbitrarily enforced ‘hate speech’ codes have been adopted by Big Tech without discussion or any real public consultation. National governments have started threatening online social-media platforms with crippling fines if they don’t censor speech. And many leading universities are now proud to tout their censorship credentials – banning speakers and silencing their students. Without doubt, the increasingly shrill, you-can’t-say-that culture, with its love for No Platforming, cancelling, boycotting and severely punishing dissenters, has arrived in force.

Europe’s march towards state-enforced, mass-scale censorship is all too familiar to us now. And yet, there are still moments when we should be shocked afresh by how far we’ve come in such a short period of time. The outrageous case of Päivi Räsänen is such a moment.

Here are the facts. Räsänen is a trained medical doctor and highly experienced member of the Finnish parliament, having served there for the past 25 years, including as a senior government minister. She is also a member of the Evangelical Lutheran Church of Finland, and serves on her local parish council.

In the summer of 2019, the Evangelical Lutheran Church of Finland announced it would become an official partner of Pride 2019. As an active member of her church, Räsänen shared a post on social media directed at her church’s leadership. It showed an image of a Bible passage, and questioned the church’s partnership with Pride in light of official church teaching on marriage and sexuality.

No threats of violence. No slurs. No obscenity. Not even a mention of anyone in particular. An innocuous tweet aimed at her church’s leadership.

And yet this tweet triggered a police investigation. Suspected of ‘ethnic agitation’ under Finland’s typically broad hate-speech law, she was questioned for four hours by the police and the case against her is ongoing.

Räsänen has also faced a second police interrogation this week, this time for a short booklet she was asked to write for a church foundation over 15 years ago that explains the church’s teaching on marriage and sexuality. This pamphlet was written seven years before the law that she is being charged under was even passed.

And even more shocking, the police already investigated the pamphlet once and were satisfied no crime had been committed. Not satisfied with this decision, Finland’s prosecutor-general demanded that the case against Räsänen be reopened. Perhaps to provide context for her decision, the prosecutor-general explained in one of Finland’s largest newspapers that historical books are free to be read and even quoted, but believing in their content could lead to criminal investigation. Three books were named in the interview to illustrate the point: the Koran, the Bible and Mein Kampf.

To repeat, a quietly spoken 60-year-old grandmother of six, who has been a member of the Finnish parliament since 1995, is facing two criminal investigations – one for a tweet and one for a church booklet. If found guilty, she could face up to two years in prison. And this is barely being reported.

This persecution of Räsänen is utterly outrageous. It doesn’t matter whether you share her beliefs or not. She didn’t incite anyone to violence or even come close. Her deeply held beliefs, and how she chose to express them, should not be considered worthy of police time in a free society.

But that of course raises the question – can our societies currently be considered free?

Things are hardly better in the UK. We have MPs calling on the police to investigate those who disagree with them. And we have a police force dedicated to investigating and recording non-crimes. Indeed, a remarkable 120,000 so-called ‘hate incidents’ have been recorded in five years, defined by police guidance as ‘any non-crime incident which is perceived, by the victim or any other person, to be motivated by hostility or prejudice’.

And we also have our own outrageous Twitter cases. As I was in Helsinki meeting with Räsänen, the judgment in the case of Harry Miller was handed down by the High Court. Miller, a former police officer, was investigated by the police in 2019 for a series of tweets about proposed changes to the Gender Recognition Act 2004. The police eventually confirmed he had not committed a crime but the incident would be registered as a ‘hate incident’.

In finding that the police’s actions violated his right to freedom of expression, the judge concluded his ruling with the words of John Stuart Mill: ‘If all mankind minus one, were of one opinion, and only one person were of the contrary opinion, mankind would be no more justified in silencing that one person, than he, if he had the power, would be justified in silencing mankind.’

A nice sentiment. But in Finland, in the UK, and across Europe, we are a long way from seeing this lived out in practice. After all, the judge in the Miller case still upheld the police’s nonsensical guidance on hate incidents. And Räsänen is still being hounded by the state over a church booklet written over 15 years ago.

Why are we not more shocked?