‘Brexit poses an existential problem for the EU’

Brussels correspondent Bruno Waterfield on the Brexit trade talks and the EU after Brexit. 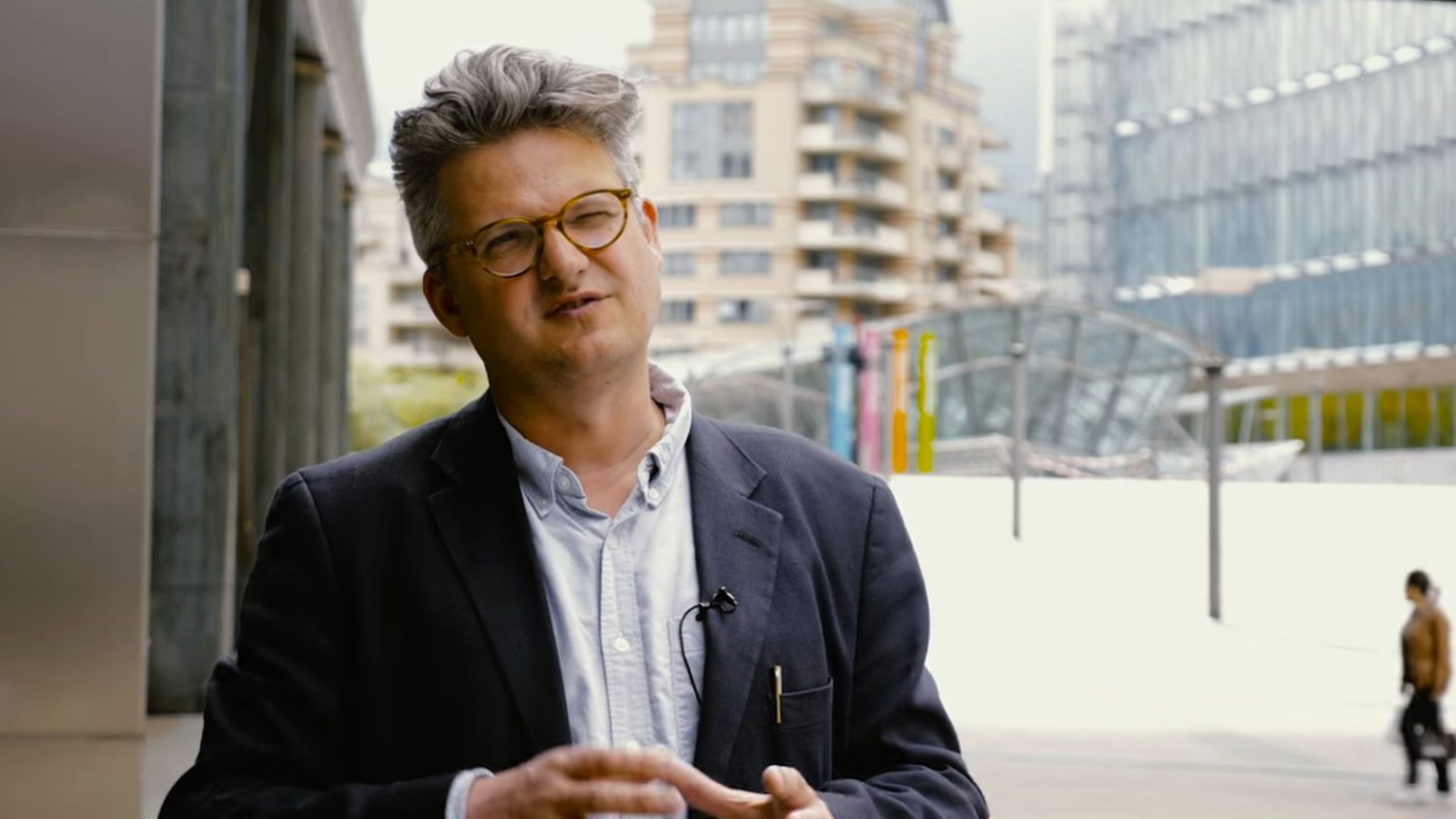 The UK officially left the EU on 31 January, but Brexit is by no means over. Talks on a free-trade deal begin in earnest next month, but both the EU and the UK have already started to set out some positions. Last Wednesday, the European Parliament called for a tough negotiating strategy and for the UK to stay aligned to EU rules. This was rejected by Downing Street, which says the UK must have the freedom to diverge from the EU. So what can we expect from the negotiations ahead? And what does Brexit mean for the EU? spiked caught up with Bruno Waterfield, Brussels correspondent for The Times, to find out more. (An audio version of this interview is available on the spiked podcast, which you can listen to here.)

spiked: What is the EU looking for in the talks?

Bruno Waterfield: The EU has a big problem. While Britain will still be geographically, culturally and historically part of Europe after Brexit (that doesn’t change at all), Britain will be outside of the regulatory order that is the European Union. The EU is a regulatory order of treaties, a supreme body of law that sets all kinds of policies, and the European Court of Justice is the supreme court in EU territories. Britain will be outside of that. And Britain’s size matters. The British economy is roughly a fifth of the size of the EU’s economy. It is larger than the combined economies of 18 EU member states. And its close proximity – 21 miles away from Calais – means that’s quite a challenge to the EU’s regulatory and legal order.

So despite all the assurances from people like Ursula von der Leyen, the president of the European Commission, about how friendly relations are going to be after Brexit, the EU is going to have to wake up to the fact that, right on its doorstep, is a country that will be outside of its regulatory order.

Britain will be a country that can make decisions very quickly. Important EU decisions, in terms of regulatory bits of law, take about five years to make. The EU proceeds at the pace of its slowest member state and its decisions have to be agreed on by 27 countries. This quite often means that the quality of decisions is in line with the lowest common denominator.

The world moves along at a fair old clip. At the moment, there are new technologies, new external events, such as the coronavirus, and Britain will have a great advantage outside the EU’s regulatory order as it will be able to make decisions quickly. The quality of the decisions will certainly be better for Britain because it won’t have to proceed at the slowest rate of the slowest of 27 EU member states, and it will also be able to make decisions that aren’t based on the needs of countries with different interests.

spiked: The UK government appears to be getting serious about what Brexit means. Michael Gove recently told businesses that there will be trade friction with the EU, and Boris Johnson said he would reject EU demands for a level playing field in exchange for a free-trade deal. But how firm a position is this, really? Can we expect some backsliding from the government?

Waterfield: In terms of the detail (and there will be some devil in the detail), we don’t really know the government’s position. What does seem to be clear is the government isn’t talking about regression – that is, tearing up labour standards or environmental standards. But what the government is very clearly saying is that Brexit means that the UK will diverge from the European Union because the UK will take its own decisions. Indeed, Britain is already taking its own decisions – look at last week’s cabinet reshuffle and what that probably means for economic policy.

But we don’t really know much yet. A lot of the tough language is an opening bid for the government. It helps concentrate minds because the EU knows, for example, that tariffs will be a nice revenue earner for the UK Treasury that can be ploughed back into the economy. The EU is desperate to avoid tariffs, not least because the Eurozone economy is faltering as a result of the trade conflict between the United States and China. You add Brexit into that and it looks pretty grim for the EU. So the EU wants to do a deal, but it is opening days for that battle.

I also suspect that many within the UK government, particularly Boris Johnson, would actually like Brexit to disappear as an issue. Johnson can then get on with reinventing the Conservative Party as the new ‘one-nation party’ to realign British politics.

Negotiations begin in March and the prime minister has said he wants it all to be over by the end of the year. That’s a phenomenally tight deadline. That either means he is leaning towards not having a trade deal, which means WTO tariffs and the rest. Or it means that he is pretty confident he can do a fudgy, dirty deal with the EU in that time.

spiked: Both sides have said that there will be a good relationship between the EU and the UK after Brexit. But Brexit is a massive blow to the EU as an institution. What does our leaving mean for Brussels and individual member states?

Waterfield: The EU has this fundamental problem in that Britain is going to be outside the EU and no one thinks that Britain is going to become a basket case. No one thinks Britain is about to go down the tubes and become anything like the collapse of the Soviet Union in the late 1980s. No one really believes that in five to 10 years time Britain isn’t going to be prospering. And that does present something of an existential problem for the EU. Over the years and in the run-up to the referendum, but even before then, we had lots of very important EU worthies, including national leaders like Angela Merkel, basically saying that the EU is all that stands between civilization and barbarism – get rid of the EU and you return to European world wars and all the rest of it. When that doesn’t happen it will be a bit of a problem in the longer term.

In the shorter term, there is going to be a train-crash summit later this week. Member states have to deal with Britain not being part of the EU, which is going to cost them over the next seven years (the EU organises its spending programme and budgets over seven-year periods). Brexit means the EU has a big black hole in its budget of around €75 billion. A lot of countries are going to have to pay more and some countries are going to pay a lot more than others.

For example, France does very well out of the budget thanks to various European tradeoffs and Germany’s war guilt. France is going to pay about €2 billion extra per year to help fill that black hole. Germany will pay €10 billion extra per year. The Dutch economy is about a third of the size of French GDP, but the Netherlands is going to pay €3.5 billion more. And those countries simply are not going to have it. They will all want their version of the British rebate.

When Britain left just over two weeks ago, lots of French officials were saying that this was the end of the British rebate, the end of the terrible cheque britannique as they call it. All of these budgetary wars were supposed to be over. But actually, this week, the EU will plunge into an absolutely vicious budgetary war because lots of countries are going to say, ‘Why should we pay the most to pick up the tab for Brexit?’. So the EU has got major problems in the week ahead.

For the EU, Brexit has been treated as a morality tale, because of the instability and collapse of governments it has caused in the UK. But behind it all, the EU still has problems. Some of these are very traditional problems, and some of them are new. But the focus this week will be on how EU members cannot even agree about who is going to pick up the tab for Brexit.

Bruno Waterfield was talking to Fraser Myers, Tom Slater and Ella Whelan for the spiked podcast.

Listen to the spiked podcast here: