The French government is at war with the people

Macron’s assault on living standards and liberty cannot be ignored any longer. 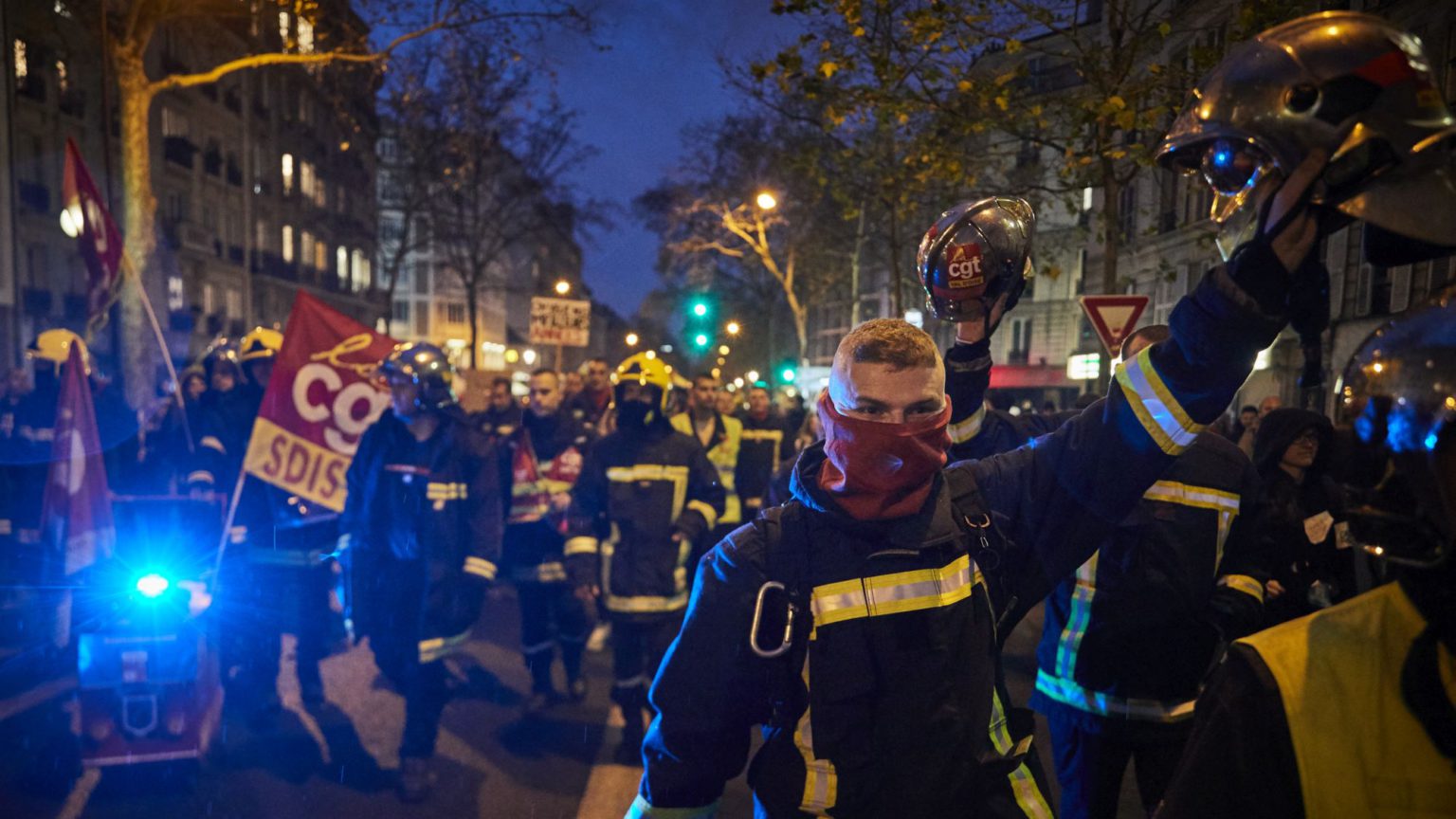 For the past year or so, a rumour on social media keeps resurfacing. Many British Facebook and Twitter users believe that our government has taken out a ‘D-notice’ to ban broadcasters and newspapers from covering the protest movements in France.

Thanks to social media, footage of the gilets jaunes protesters – and in particular of the violent beatings they have endured at the hands of the French police – has been spreading around the world for the past year. The British public – so often smeared as insular and parochial – wants to know what has been happening in France, though many feel that the media is not giving this crisis the attention it deserves.

It’s a similar story with the ongoing strikes against Emmanuel Macron’s pensions reforms. The strikes began on 5 December last year, when more than 800,000 people marched across the country against a new ‘streamlined’ pension system. The ‘modern’ and ‘simplified’ system proposed by Macron’s government would, conveniently, erase the benefits and arrangements that have arisen from decades of industrial disputes, to replace it with a smaller one-size-fits-all package.

It is the longest strike movement since 1968. This all the more impressive when you take into account the current weakness of the unions – the proportion of workers affiliated to a union is roughly half what it was in the 1970s. Some direct action has had a major impact. Planes have been grounded, schools have shut their gates, trains have been cancelled, and power has been cut. And while footage of striking firemen, lawyers and ballerinas is practically unmissable on Twitter, the UK’s rolling 24-hour news channels haven’t felt moved to broadcast much of it.

The problem with the French strikes and the yellow-vest movement is that they disrupt the prevailing narrative. Britain, Italy, Hungary and Poland are supposed to be the wayward European countries which have fallen to the dreaded populism. France, on the other hand, is run by a liberal centrist Europhile – the kind of person the media class would like to have running Britain (ideally from inside the EU). The fact that the French people are rising up in their hundreds of thousands against the media class’s preferred mode of government is not something that is ever seriously reckoned with. The sad truth is that the British media do not need to be coerced through state authoritarianism to ignore or downplay the French revolts — they do it of their own accord.

When Macron was elected in 2017, he was widely feted as the saviour of France. But many of his reforms have faced bitter opposition on the streets. One thing that has become clear over the past few years is that Macronism is almost too perfect an example of the neoliberal assault on the people. First, the government takes actions which would further erode already faltering or flatlining living standards – whether that was the proposed green taxes which sparked the first yellow-vest uprising, or the current raid on pensions. Then, when the people protest and strike against these changes, the police beat them up. Centrist authoritarianism assaults both living standards and liberty.

Over the past few weeks, this had led to the bizarre situation where two wings of the emergency services have had to battle it out on the streets. Firefighters have endured beatings, tear gas and rubber bullets from the police. Some firefighters have set their own fireproof jackets alight to draw attention to their cause. They are asking for a salary premium to acknowledge the risks of their job and for changes to their pensions to be scrapped. Police officers, on the other hand, already have this salary premium and are exempt from Macron’s pension cuts. They know where their bread is buttered.

The French public may be overwhelmingly opposed to the pension reforms and overwhelmingly favourable to the strikers. But with the might of the state set against them, the people have their work cut out for them. People outside of France must do more to assist them in that work.