A glorious victory for democracy

Brexit is the most stirring political achievement of the postwar period. 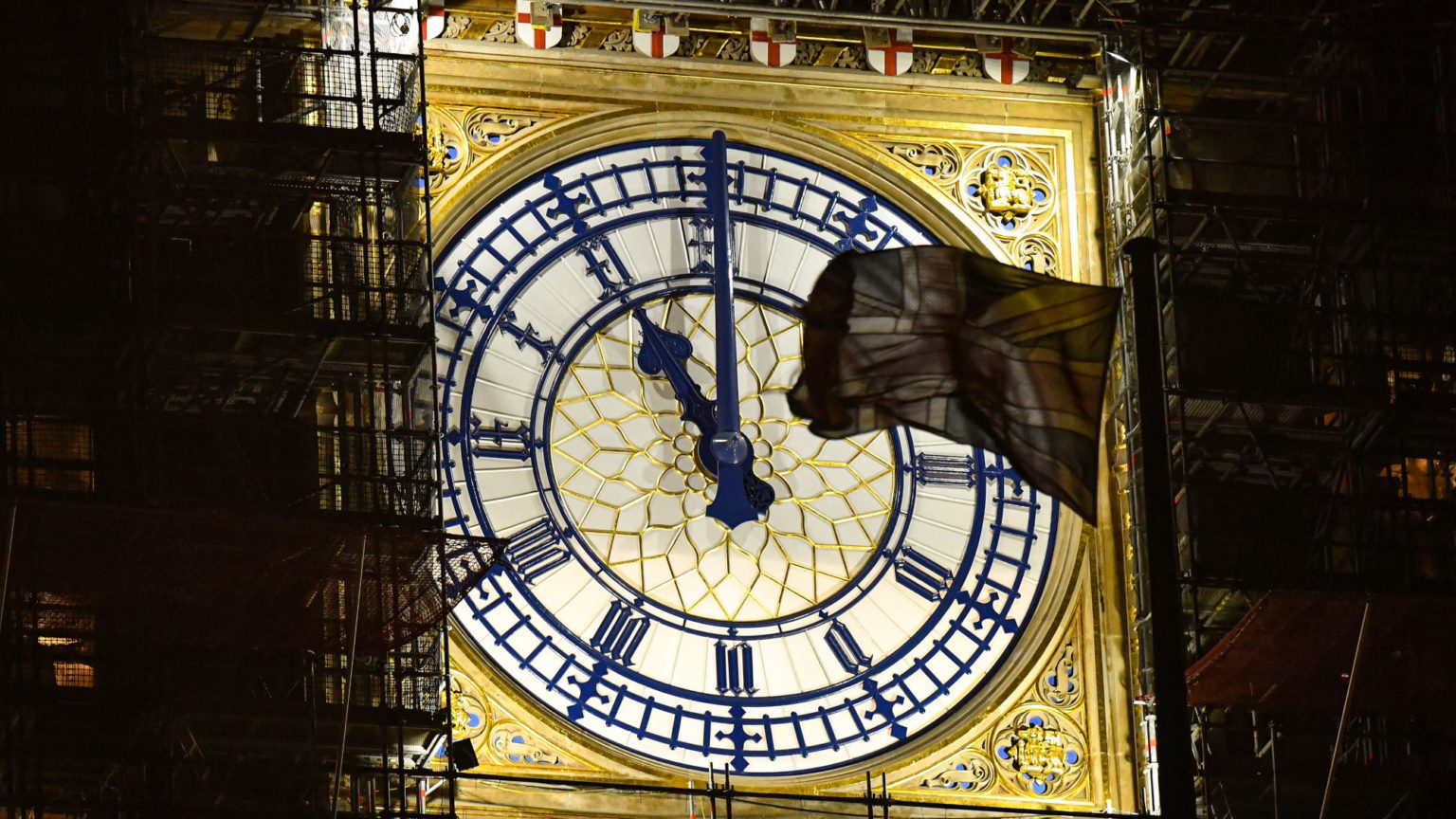 We did it. Against all the odds. Against the barbs and defamations and underhand tactics of a hysterical establishment. Against a Remainer Parliament that had been hell-bent on reversing what we voted for. Against the best efforts of Remainer agitators at home and the bureaucratic machine in Brussels to prevent our democratic voice from being heard.

Against all of this, we did it: we secured the UK’s exit from the EU. And now, on Brexit Day, on this day when the Eurosceptic wishes of the British people finally become a reality, let’s be frank about what Brexit represents: it is the most significant and stirring political achievement of the postwar period.

As we approach 11pm, the moment at which the UK will no longer be a member of the EU, there is much discussion about what tone we should adopt in our celebrations of Brexit Day. Brexiteer Tory MP Steve Baker is calling for ‘magnanimity’. Have a quiet one, at home, so that you don’t upset pained Remainers, he suggests.

Remainers, for their part, are furious about all the talk of parties. We’re rubbing their noses in it, they say. Everything from the Brexit Day gathering in Parliament Square this evening to Sajid Javid’s issuing of a commemorative 50p coin is being cited by the establishment’s bruised, Remoaning anti-democrats as proof of the vile populist streak in the Brexit movement. London mayor Sadiq Khan is even fretting that tonight’s Brexit bashes could give rise to xenophobic hate crimes.

Of course he is. That’s how they see us: as a pogrom-in-waiting. As a racist blob. As an unthinking mass driven almost entirely by hatred of the Other. They’ve been hurling these insults at us, at the millions of men and women who voted for Brexit, for three-and-a-half years now.

But all sides in the Brexit Day discussion are wrong. Baker and other timid Brexiteers are wrong to suggest we should play down the significance of this day lest we offend Remainers, and the Brexitphobic wing of the elite is wrong to say these celebrations are a screech of populist arrogance against the defeated side in the referendum. No, the reason this day must be marked — loudly, firmly and colourfully — is because it represents a glorious victory for democracy. What is being celebrated today is the defence of democracy against one of the greatest threats it has faced in modern times.

One of the peculiarities of the Brexit era, and of the contemporary era more broadly, is that very small and very unrepresentative sections of society are in control of the political and moral narrative. So even as 17.4million people, the largest electoral bloc in our history, voted for Brexit, and stood by their vote for Brexit in the face of the most extraordinary campaign of demonisation that I can remember, still the Remainer elites got to write the story of Brexit.

The powers-that-be — from the business elites to more than 70 per cent of MPs to virtually the entire academy and cultural sphere — were pro-Remain. And they used their influence in the worlds of commentary, letters and culture to paint a picture of Brexit as disastrous. As toxic. As fascistic. Or, at best, as very, very difficult to enact. The disjoint between public enthusiasm for Brexit and elite disgust with it was, at times, staggering.

As a consequence, it became incredibly difficult to draw out the historic significance, the magnificence, of Brexit. Even those in public life who supported Brexit, no doubt feeling the pressure of the often deranged establishment narrative around Brexit, became defensive. Brexit was manageable, they insisted. It would be okay. ‘Get Brexit Done’, as the Boris Johnson campaign said in December — a tellingly apologetic slogan which, thankfully, was enough to win the support of vast numbers of Leave voters, but which implicitly played into the denigration of Brexit, the reduction of it to a difficult, pesky task. Hardly anywhere was there an assertion of the historic, epoch-defining nature of Brexit.

So let’s do that today. Let’s now celebrate the meaningfulness of Brexit. It really cannot be overstated. Brexit is one of the finest acts of democracy in the history of this nation. It ought to take its place in the history books alongside the Levellers’ demand for universal male suffrage in the 1640s, and the mass march for democracy in St Peter’s Field in Manchester in 1819, and the Chartists’ agitation for the right of working-class men to vote in the 1840s, and the civil disobedience of the Suffragettes in the 1910s…

Because Brexit, and, more importantly, the post-referendum battle to protect Brexit from the anti-democratic elites, shares something incredibly important in common with those democratic leaps forward in British history. Which is that it embodies the patient but determined assertion of ordinary people that they have as much right as the rich and the well-educated to determine the political fate of the nation. That belief in the rights of the people energised the men, women and children on St Peter’s Field in 1819, and the women who gathered outside parliament on Black Friday in November 1910, and also the millions of us who voted to leave the EU and take back democratic control. Brexit is in keeping, entirely, with the great democratic struggles of our history.

Brexit did not only entail the British people reprimanding and rejecting the European Union and its anti-democratic ideology, which would have been wonderful enough. No, even more importantly than that, Brexit was a revolt against the domestic elites. Against the establishment that pleaded with us to vote Remain in 2016 and which devoted so much of its moral and political energy to sabotaging our vote for Brexit after 2016. Against a political class which, alarmingly, called into question the right to vote itself after the 2016 referendum and openly suggested that this mass vote should be ignored, erased, thrown into the dustbin of history.

This is why the vote for Boris in December last year was so significant. That so many ‘Red Wall’ Labour strongholds fell to the Tories was the clearest sign that the people still wanted Brexit and that the working classes had finally broken from the Labour bureaucracy and asserted their political and moral independence. The December election was the first time in the history of the European Union that a people refused to allow their vote against the EU to be overthrown or stitched up, as tragically happened in Ireland, the Netherlands, France, Greece and elsewhere. Across Europe, under extraordinary pressure from Brussels, Eurosceptic votes have either been ignored or overridden. Not this time. The people of Britain voted against the EU and then voted against the EU and the British establishment’s attempt to crush our vote and to deny us our democratic rights. This was a genuinely stirring and determined defence of the ideal of democracy and the meaning of the vote itself. In response to the most explicit and hateful establishment campaign against democracy in living memory, the British people said: ‘No, no, no.’

People fought and died for the right to have a real, impactful say in political life. And Brexiteers have done those people proud. I’m celebrating that.