The rise of American anti-Semitism 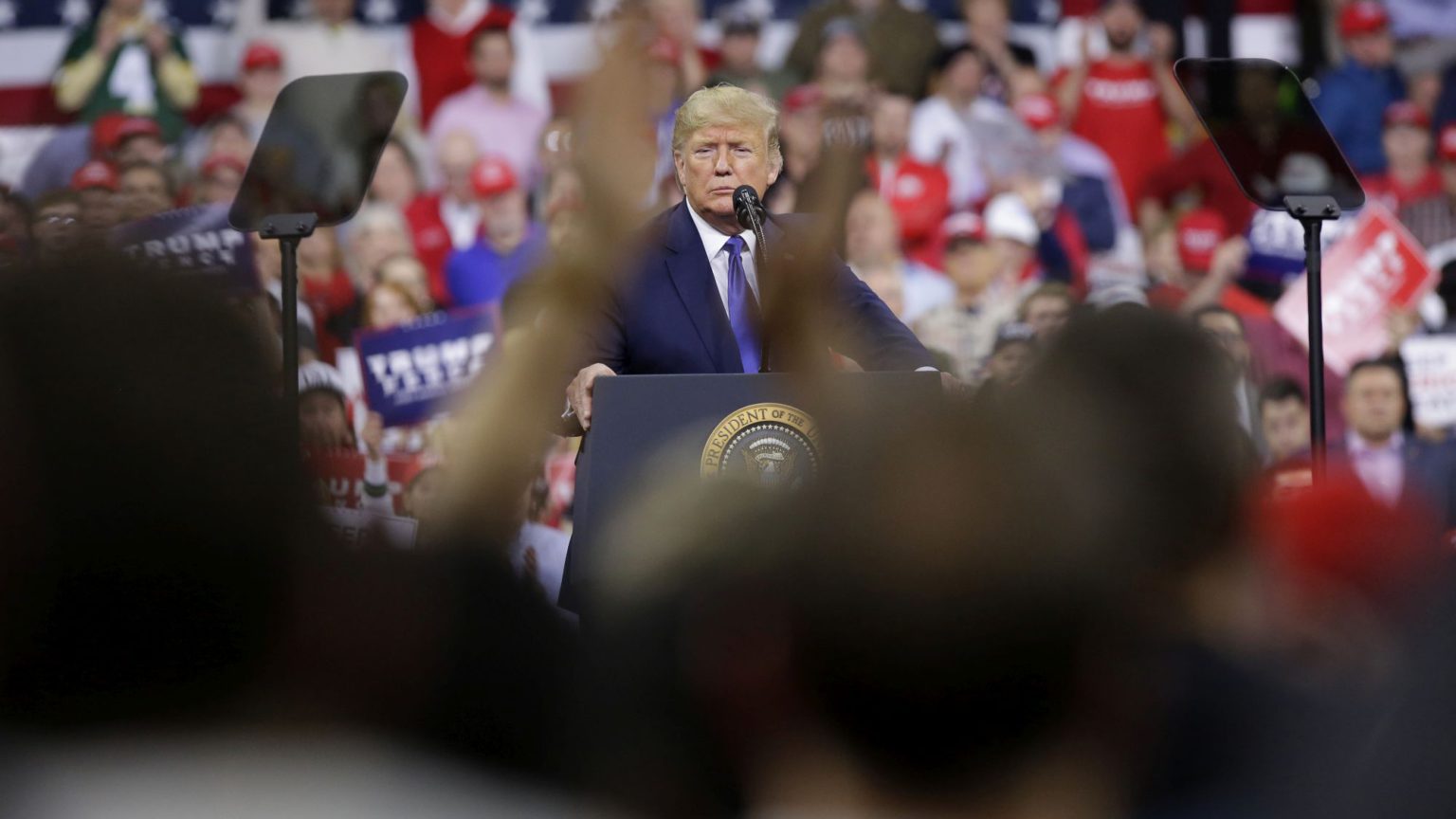 My late father-in-law, born in 1918, offered a view of anti-Semitism shared by many Jewish Americans of his generation. An anti-Semite, he said, was ‘someone who hates Jews more than he should’. Woke readers on alert for verbal offences should understand that he did not mean Jews were hateful. He meant that they should always expect to be hated, or at least disliked and distrusted, and subject to some discrimination.

In his day, throughout much of 20th-century America, anti-Semitism was common: Henry Ford, a virulent anti-Semite, helped to popularise stereotypes of Jews as sly, money-grubbing, conspiratorial globalists, with his purchase of a newspaper in 1918 and distribution of The Protocols of the Elders of Zion, a notorious forgery purporting to outline a Jewish plot for world domination. At the same time, the Ku Klux Klan helped shape a white-supremacist movement that targeted Jews as well as racial minorities. Immigration quotas fuelled by popular prejudices limited entry into the US of European Jews fleeing persecution in the 1930s and 1940s. Red scares of the 1920s and 1950s associated Jews with two American taboos – Communism and atheism. Meanwhile, casual, quotidian forms of anti-Semitism prevailed: Jews were subject to de facto exclusionary quotas at elite universities and turned away from elite law firms and clubs. Twentieth-century Jewish Americans still enjoyed relative prosperity, but not without developing thick skins and a sense of black humour. The assertion that anti-Semites simply ‘hate Jews more than they should’ is not an expression of self-pity – it’s gallows humour.

Young people are a lot less likely to find this darkly amusing than older, battle-scarred generations who took the persistence of anti-Semitism for granted. Still, even those who aren’t generally surprised (or wounded) by anti-Semitic sentiments are shocked by recent outbursts of anti-Semitic violence, as well as the increasingly routine harassment of Orthodox Jews, easily identified by their attire. Jewish Americans who have long felt relatively safe, and secure in the notion that ‘it can’t happen here’, are not accustomed to worrying about the dangers of appearing Jewish in public, visiting kosher delis, or attending synagogues.

Their fears may exaggerate the chances of being targeted by violence, but are no more irrational than fears of school shootings, which may be relatively rare but still occur periodically. Random violence has a lot of people looking over their shoulders. Other religious minorities, especially Muslims, have been targeted; black Americans have never been free of racial violence; and Christian churches have suffered attacks as well. So Jews are hardly alone in fearing bias crimes.

Still, the recent spate of anti-Semitic incidents is chilling (the Anti-Defamation League tracks them), and anti-Semitism is becoming increasingly respectable. Whether implicitly sanctioned by a president who characterises some neo-Nazis as ‘fine people’ or advanced by those progressives who condemn Jews as racist, greedy beneficiaries of ‘white privilege’, anti-Semitism is one phenomenon that can unite people right and left, even in our excessively tribal times. It’s where some Trump followers can link arms with Corbynistas.

It’s an increasingly weird phenomenon, attracting the strangest bedfellows: Christian evangelicals convinced that all Jews are damned, quite literally, (unless they convert) embrace hell-bound, right-wing Zionist Jews and cast themselves as better friends to Israel (and all Jewry) than Jews who vote Democratic and oppose current Israeli government policies. This evangelical ‘love’ of Israel is not exactly ecumenical or particularly humane. It’s mostly reflective of an apocalyptic theology – the belief that the Second Coming and the long-awaited rapture that will teleport Christians to heaven will occur only after the Jews return to Israel. Once, these views flourished mainly on the political fringe. Today they drive US foreign policy. Secretary of state Mike Pompeo is a fervent right-wing Christian Zionist, a holy warrior, engaged in a ‘neverending struggle’ until ‘the rapture’.

It should be obvious that this transactional support for Israel, based on a very particular Christian theology, is not inconsistent with at least inchoate anti-Semitism. (How else might we categorise the conviction that Jews are damned?) But the alliance between right-wing Christian and Jewish Zionists is transactional on both sides, and is partly a tribute to the power of partisan politics. Orthodox Jewish Republicans, like presidential son-in-law Jared Kushner, are content to share the stage with far-right Republican preachers who have long expressed dim views of Jews and Judaism. As the New York Times observed: ‘A Dallas evangelical pastor who once said that Jewish people are going to hell and a megachurch televangelist who claimed that Hitler was part of God’s plan to return Jews to Israel both played prominent roles on Monday in the opening ceremony of the new American Embassy in Jerusalem.’

But the weirdness of anti-Semitism today is not simply rooted in theology. It is also political, or perhaps, in some cases, psychological. Consider the strangeness of xenophobic presidential adviser Stephen Miller, a descendent of Jewish immigrants and an architect of Trump’s draconian anti-immigration policies who embraces white nationalism. Listen to the rantings of Rudy Giuliani, the erratic, possibly demented, Italian-American Trump fixer, who declares himself a better Jew than Holocaust survivor George Soros. He ‘doesn’t go to church, he doesn’t go to religion’, Giuliani explains nonsensically. But Soros’s real sin, of course, is the fact that he has devoted much of his considerable fortune to supporting liberal or progressive causes and candidates, and, according to Giuliani, ‘he’s an enemy of Israel’.

What do Trumpists like Giuliani mean when they label someone an enemy of Israel? They mean that he opposes Benjamin Netanyahu, who seems to share a motto with Donald Trump: L’etat c’est moi. From this perspective, a lot of Israeli Jews eager to oust Netanyahu are also enemies of Israel, just as Americans who oppose Donald Trump are enemies of his state. (Trumpists, for example, condemn Americans who question the wisdom or legality of the Soleimani killing as treasonous terrorist lovers who mourn his death.)

Jewish Americans who oppose both Trump and Netanyahu are deemed doubly treasonous. The nominally Protestant, apparently irreligious Donald Trump casts himself as ‘King of Israel’ and ‘the chosen one’ and claims that Jews who support Democrats (a majority of Jewish voters) are guilty of ‘either a total lack of knowledge or great disloyalty… you vote for a Democrat, you’re being very disloyal to Jewish people, and you’re being very disloyal to Israel.’

So Trump, this gentile ‘King of Israel’, schools Jews on their tribal obligations partly by indulging in anti-Semitic stereotypes: he chides them for violating what he assumes are, or should be, their dual loyalties to Israel and the US. He reminds them that they love money and will vote for him, even if they dislike him, because Democrats like Elizabeth Warren want to tax their wealth. ‘You’re brutal killers, not nice people at all’, the president told a group of wealthy Jews, approvingly.

Is Trump an anti-Semite? Not exactly. In his view, brutality and greed are virtues. He doesn’t hate Jews categorically. He hates people who oppose him, regardless of their identities. And he doesn’t just stereotype Jews. He tends to view members of other racial and religious minorities not as individuals, but as members of collectives. You’ll hear Trump reference ‘the blacks’ and ‘the Hispanics’, but not ‘the whites’ or ‘the Christians’. He’s generally an equal-opportunity stereotyper.

But stereotyping is, of course, the basis of bigotry, and while Trump may feel some kinship with his stereotyped vision of ‘money-grubbing’ Jews, while he has Jewish grandchildren and a favoured daughter who converted to Judaism, he’s encouraged and benefitted from a Christian nationalist movement and the rise of anti-Semitic conspiracy theories. Indeed, he employs anti-Semitic memes when they serve him politically. He has, for example, advanced the fiction that Jewish billionaire Soros funded the caravan of ‘very dangerous’ Central American immigrants seeking refuge in the US. After all, ‘a lot of people are saying’ that Soros, the right-wing symbol of an imagined globalist Jewish conspiracy, was behind the ‘invasion’ of people who ‘don’t have the wellbeing of our country in mind’. Trump made these remarks shortly after a crazed wingnut murdered 11 people at a Pittsburgh synagogue, in the belief that Jews were behind an ‘invasion’ of non-white immigrants.

Still Trump is considered a friend of the Jews by right-wing Jewish Zionists, who equate opposition to Israel (Netanyahu’s vision of Israel, that is) with anti-Semitism. The Trump administration agrees. ‘Anti-Zionism is indeed anti-Semitism’, Mike Pompeo asserts, along with Jared Kushner. This claim was recently codified by the administration’s censorious Executive Order ostensibly targeting anti-Semitism on campus. It frames strong support for Palestinian rights and dissent from Israeli policies as civil-rights violations. The order relies partly on a controversial State Department definition of anti-Semitism that includes sharp criticism of Israel, like calling it a racist, fascist state. Whether you consider accusations like this reasonable, hyperbolic or even anti-Semitic, they are, and should be, constitutionally protected speech. Some progressive anti-Zionists are indeed guilty of anti-Semitism, but some are not, and, in any case, the Executive Order isn’t really aimed at and won’t deter anti-Semitism on campus. It’s aimed at left-wing dissent from right-wing Israeli policies generally and the Boycott, Divestment and Sanctions (BDS) movement in particular, which, however intolerant or wrongheaded, also enjoys constitutional protection. The new Executive Order seems bound to snare many more liberal or progressive Jewish critics of Israel than anti-Semitic supporters of it.

Like evangelical support for the current Israeli government, the Trump administration’s selective condemnation of anti-Semitism, which tolerates and exploits white nationalism, may be good for Netanyahu’s Israel (at least in the short term), but it’s bad for the Jews.