The Iranian people strike back 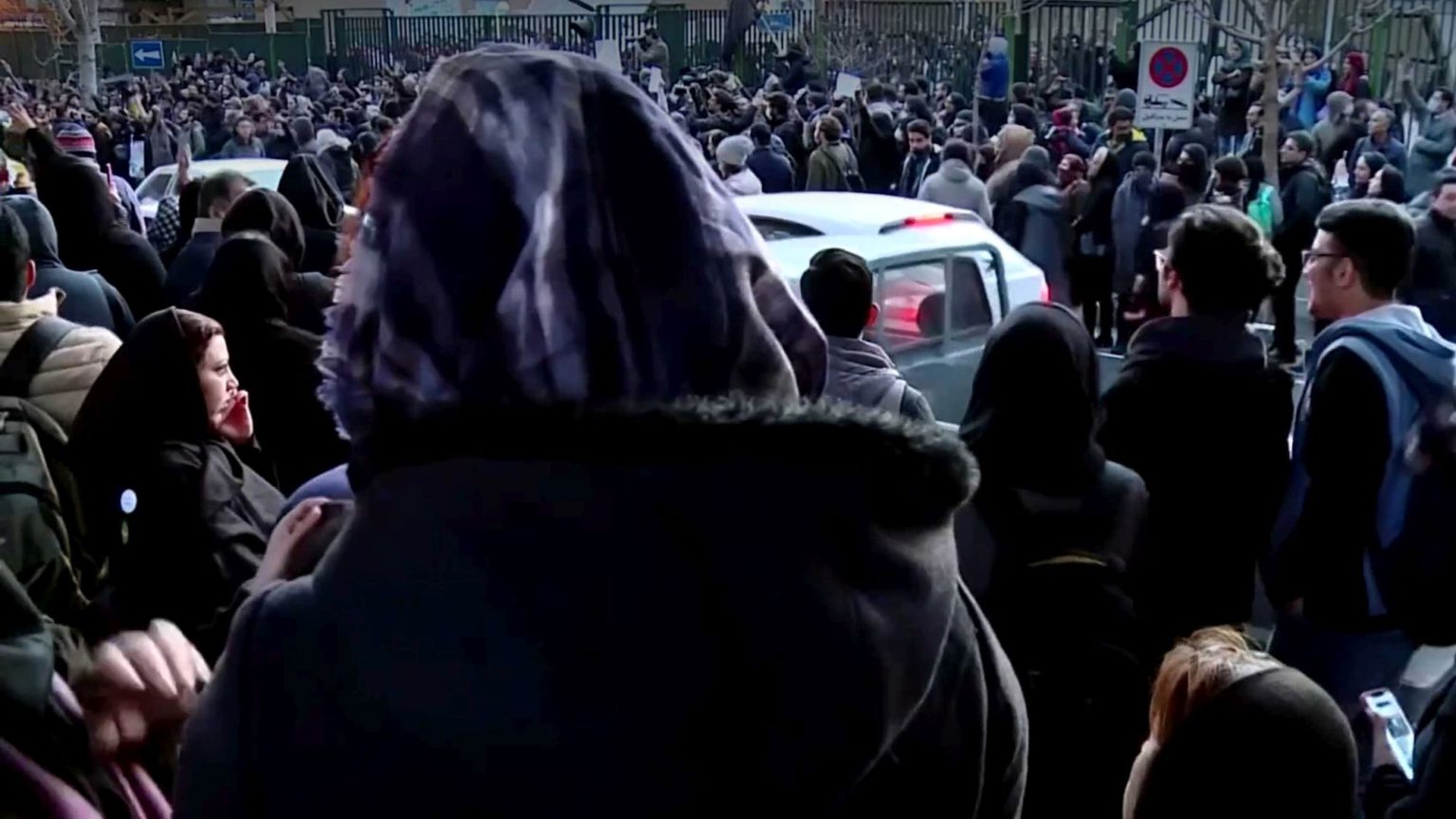 It was always going to be an uneasy alliance. Many Western liberals, long used to kneejerk anti-Americanism, and now blinded by their loathing for President Donald Trump, had thoughtlessly leapt to the defence of the Islamic Republic of Iran after Trump authorised the drone-killing of Iran’s top general, Qasem Soleimani. While few went as far as filmmaker Michael Moore in their Soleimani sycophancy, many were all too happy to see the Iranian state as some sort of innocent victim of US imperialism. And in doing so, they didn’t only endorse the Iranian state — they also sold out the Iranian people, from those women in Iran who bravely protested the compulsory hijab law in 2017 to those tens of thousands of protesters who took to the streets a couple of months ago to demonstrate against this repressive, corrupt theocracy .

Western liberals are now finding it a little more difficult to cosy up to Iran’s clerics, security forces and military. That’s because the illusion of the Iranian state as the just and righteous protector of the Iranian people has been shattered by the Iranian state’s own actions. Not so much because it shot down a Ukrainian International Airlines flight, having mistaken it for a US fighter plane, killing all 176 passengers, including 82 Iranians. But because it initially refused to admit it had done so. Instead, officials obfuscated and outright lied, before, days later, they were forced to admit the truth.

The reaction among ordinary Iranians was spontaneous. Thousands came out on to the streets of the capital Tehran and other cities this weekend, angrily denouncing their own rulers. ‘We don’t want the Islamic republic’, they chanted. ‘Death to the dictator’, they continued, pointing the finger firmly at Iran’s supreme leader, Ayatollah Ali Khamenei.

At Iran’s elite Sharif University of Technology in Tehran, students damned Khamenei’s rule. ‘You have lied to us’, said one student while addressing the crowd: ‘The state broadcast company has lied to us. You think we are all stupid. The supreme leader must answer to us about the country’s problems. Mr Khamenei, why are you lying?’ Gelare Jabbari, a host on Iranian state TV, even asked for forgiveness: ‘I apologise for lying to you on TV for 13 years.’

This takes guts. Contrary to the belief of the likes of Rose McGowan and Colin Kaepernick and other newfound Western followers of Iran, the Iranian state is not known for its tolerance of dissent. True to form, the security forces have since moved in. Videos show tear-gas being deployed and, ominously, shots being fired. There have been countless arrests and no doubt killings, too.

But the response by the Iranian state has lacked its usual strong-armed conviction. And no wonder. The Iranian political class itself is increasingly divided. Those loyal to the ayatollah and the Islamic revolution continue to play the same old tunes. ‘Iran’s policy of kicking the US out of the region is unchanged and you will see Iran will strike another major blow [against the US] directly or indirectly very soon’, said hardline politician Hamid Reza Taraghi. But others of a more moderate, reformist bent are increasingly downcast. Ali Shakouri Rad, the head of the Union of Islamic Iran People Party, stated that the public and the clerical government were now thoroughly opposed. ‘Covering up the mistake of downing the passenger jet with missiles’, he tweeted, ‘was throwing acid at the image of the Islamic Republic’.

The political class is right to be concerned. The current protests are not isolated. Rather, they are yet another eruption of a growing, if diffuse anti-regime sentiment, born in the context of a collapsing economy, high levels of unemployment and a repressive, illiberal state. All of which has been exacerbated — though not caused — by the US’s harsh sanctions regime.

This sentiment was visible towards the end of 2017-18, when, on the back of countless labour disputes, the Iranian working class took to the streets in the very conservative cities and towns the Islamic Republic traditionally thought of as its support base. You could hear those same vengeful words that have been chanted over the past few days: ‘Death to the dictator.’

The security forces may have crushed those protests, but not the sentiment. In November last year, protest erupted again, prompted by the government’s sudden decision to raise fuel prices by 50 per cent. People quickly took to the streets, not just in Tehran, but deep into Iran’s provinces and other major cities, like Shiraz, Isfahan and Tabriz. State forces reacted swiftly and harshly, shutting down the nation’s internet, and, according to reports, killing hundreds and injuring and imprisoning many thousands more.

Despite the lack of reportage emanating from Iran, that which did leak out told of the anti-cleric slogans and the attacks on government buildings, religious schools and municipal offices. It showed that these protests, like those in 2017-18, were aimed squarely at the Islamic Republic itself. Against a state riven by endemic corruption. Against the cronyistic layers of officials lining their own pockets. Against a judiciary serving the interests of powerful clerics. Against a vast security apparatus that kills without compunction.

And it is that same anti-regime sentiment, albeit more concentrated this time among a middle-class constituency, that has erupted once again in the past few days. There is little prospect that it is going to bring down the ayatollah anytime soon. But it does show the extent to which the legitimacy of this 40-year-old theocracy is unravelling. Hence the talk now of the downing of the Ukranian Airlines flight being a Chernobyl moment, a reference to the political blow dealt to Soviet Russia by its failure to admit the extent of the nuclear disaster in 1986. Force and coercion can only sustain a regime like Iran for so long.

The situation is clear. The Iranian people now bravely protesting against the illiberal, oppressive Iranian state have proven themselves far more progressive than some of their Western counterparts.