Labour treats working-class voters with pity instead of respect. 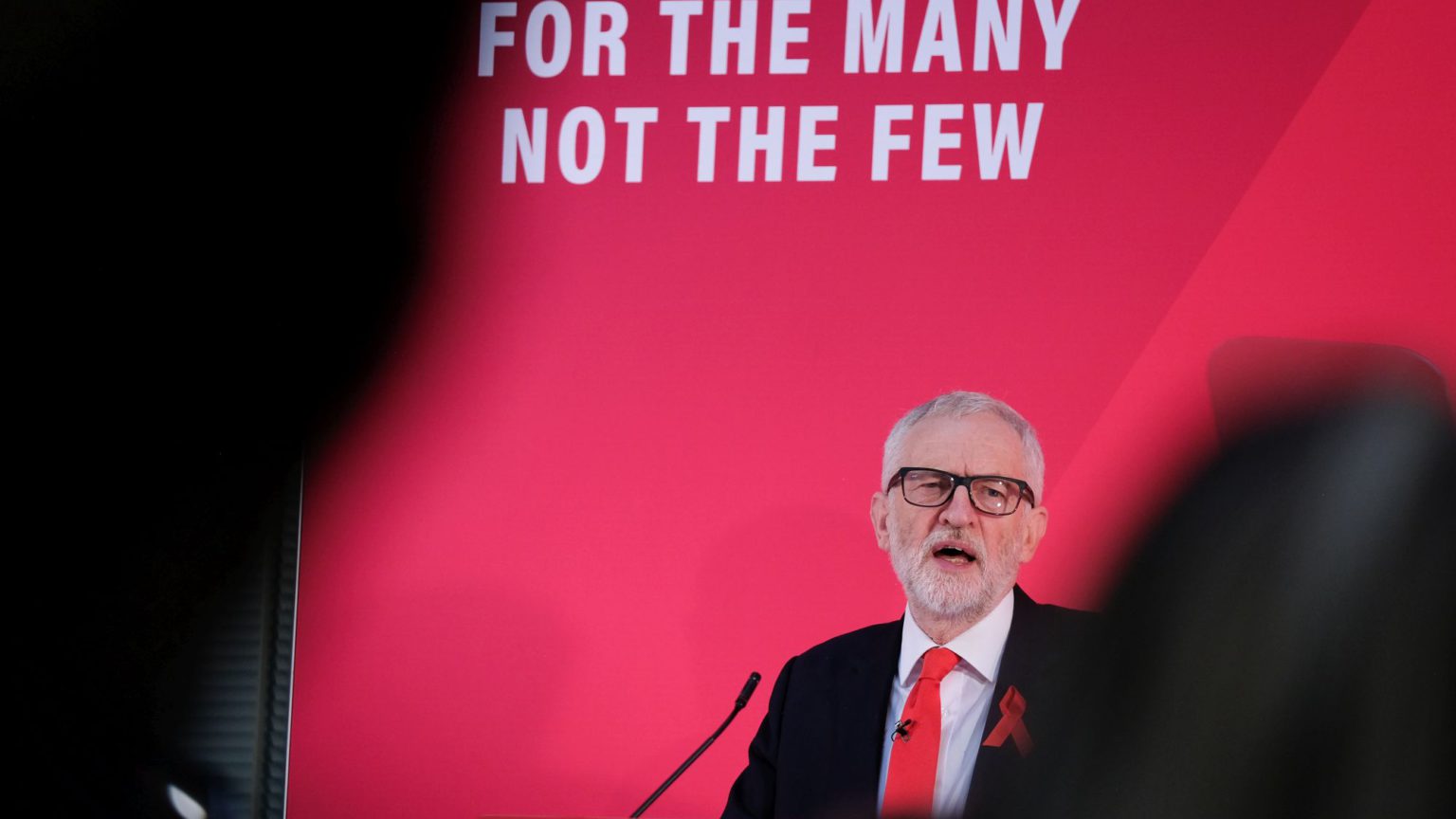 ‘Think of the most vulnerable person you know and vote in their best interests.’ This meme, apparently started by musician and Corbyn fanboy Martyn Ware, was all over social media in the run-up to last week’s General Election. It was a sentiment shared by Glastonbury founder Michael Eavis, who urged people to use their vote to ‘protect the most vulnerable’. Also, comedian turned censor-in-chief Steve Coogan took to the airwaves demanding people vote tactically against a government that ‘is utilising ignorance and prejudice against the most vulnerable people in society.’

Meanwhile, the New European (surely in its death throes now?) urged young people to vote tactically for Remain parties other than Labour – not only on behalf of the Remain cause, but also for ‘the vulnerable’. ‘We have to decide whether ideological purity is worth defeat’, mused writer Lucy Holland. ‘Or, to put it another way, whether inflicting another five years of Conservative rule on the most vulnerable in our society is worth being able to say “at least I voted Labour”.’

There is something nauseating about those with access to a media platform urging people to vote on behalf of the vulnerable. It reduces voting to an act of charity. Engaging in democracy is presented as akin to bunging a few quid to a homeless person. Worse, public declarations of voting for the vulnerable risked turning the election into a massive act of virtue-signalling. It has allowed some – mainly high-profile, wealthy individuals – to present themselves as morally superior. Unlike the rest of us, they wouldn’t be thinking of their own interests when casting a vote.

What an insult to the legacy of all those who fought to secure universal suffrage. From those who died in the Peterloo Massacre to the Suffragettes, disenfranchised people did not struggle for the vote in order to demonstrate their compassion. The exact opposite was the case. They wanted their own interests and the interests of their friends, family, community – the interests of their class – to be represented in parliament. They wanted their collective voice to be heard through the ballot box in order to have a say in shaping the future of society.

As we have seen since the UK voted to leave the EU, some wealthy individuals, celebrities and high-profile journalists have been able to influence the national conversation through the courts or the media. These people are now free to boast about selflessly voting on behalf of the most vulnerable. Meanwhile, for everyone else, putting a mark on a piece of paper once every few years is the only way we can have our own interests represented. This is not selfishness, it’s politics. It’s why the vote is important.

Sadiq Khan got the ball rolling on Facebook: ‘We have fundamentally failed those that most desperately need the help of a Labour government. They include the sick, the poorest and the vulnerable.’ Yvette Cooper joined in on Twitter: ‘Families with kids who are going hungry really needed a strong Labour Party and Labour government.’ Richard Leonard, leader of Scottish Labour, was also on-message: ‘Thursday’s election result was devastating, most of all for the most vulnerable in our society who face the prospect of another five years of Tory rule.’

The election result showed that Labour was rejected in working-class areas where people most strongly backed leaving the EU. The ‘pity the vulnerable’ message allows Labour MPs to justify trying everything in their power to overturn what their constituents voted for back in 2016. They are telling themselves and each other: our job was never to represent the working class, it was to protect the most vulnerable. Voters, meanwhile – especially the C2s category (or ‘skilled manual workers’) who were more likely to back the Conservatives than any other social group – find themselves either written off as selfish, uncaring and possibly even racist and xenophobic. Or they are reclassified as part of this amorphic ‘vulnerable’ blob.

Opposition to the newly elected Conservative government is now shaping into hysterical posturing about what a heartless and uncaring society we have become. The Archbishop of Canterbury has voiced his concern over ‘the direction’ of the country, arguing that ‘the situation for vulnerable people’ has become worse. Guardian columnist Jonathan Freedland argues that the election result is a repudiation of Corbynism and ‘it’s the poor and vulnerable who will pay the price.’ One young Labour campaigner, quoted in the Guardian, claims that ‘knowing the devastating impact this government will have on the most vulnerable in our society is what pushes young activists like us.’ Meanwhile, donations to food banks and charities helping ‘the UK’s most vulnerable’ are said to have surged after last week’s election result.

Of course, all of this begs a question: if things are really so bad, if so many in the UK are teetering on the edge of survival and Labour is their only hope, why didn’t the party win a landslide?

One thing is for sure, until Labour’s champions and celebrity hangers-on stop patronising voters and start respecting them, they are unlikely to be re-elected any time soon.