Matteo Salvini might be out of government, but he is poised to make a comeback. 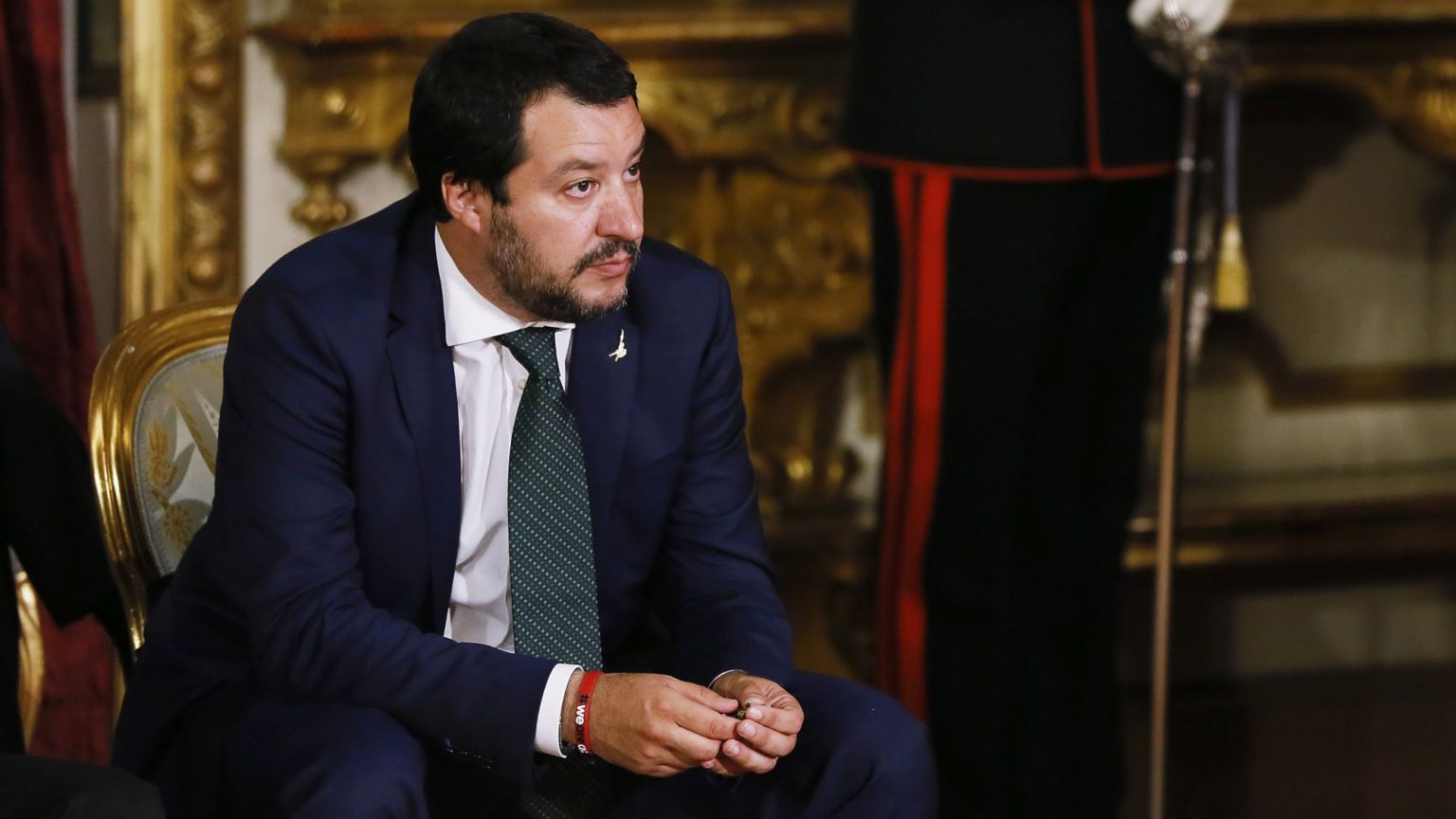 Loyalty to the EU and to Italy’s European partners was the key theme of Italian prime minister Giuseppe Conte’s first speech to the chamber of deputies when he formed his new coalition government. The populist Five Star Movement (Movimento Cinque Stelle, M5S) and the centre-left Democratic Party (Partito Democratico, PD) were once arch enemies, but with Brussels’ blessing they managed to make a pact. Right-wing populist Matteo Salvini had pulled out of the MS5-League (Lega) coalition, much to the joy of Brussels and Italy’s pro-Europe establishment.

But if the EU thought Salvini’s departure from the government meant the end of Italian Euroscepticism, it was in for a shock. Europe has again been at the centre of a bitterly contested row, this time over proposed reforms of the European Stability Mechanism (ESM). Created in 2011 as a Eurozone bailout fund, the ESM provided loans to Greece and other EU countries whose finances and debt had spiralled out of control. Its creation caused a major rift between, on one side Angela Merkel and Nicolas Sarkozy, and David Cameron on the other. Eight years on, the proposed reform of the fund has raised a few eyebrows in Italy, where the Conte-led government has been accused of keeping parliament in the dark over its contents. The prime minister insists that the ESM reform is in ‘Italy’s best interests’.

Conte dismissed accusations of having negotiated a deal behind parliament’s back as ‘mere fantasy’. But in the end, he conceded that the ESM reforms should only be adopted as a package alongside other measures, including a common bank deposit guarantee and a common unemployment insurance mechanism. He has now instructed his economy minister, Roberto Gualtieri, to go to Brussels to try to delay its approval.

So what’s all the fuss about? The proposed reform of the ESM enshrines a ‘common backstop’ for the bloc’s fund for ailing banks. It gives the fund more powers to handle financial crises and broadens the Eurozone’s monitoring powers over countries with economic imbalances. The biggest worry is that the reforms could make it possible for the EU to force Italy to restructure its debt, which could hit Italian banks and savers hard.

‘Why are we going to fund the ESM if we don’t benefit from it?’, asked Salvini. His ally, Giorgia Meloni, leader of the nationalist Brothers of Italy (Fratelli d’Italia) went further: ‘You have sold off the country to the French and the Germans, Mr Conte!’ Salvini has started collecting signatures for the reforms to be scrapped entirely.

Italy’s Euroscepticism has long been simmering and it is now reaching boiling point. The ESM row arrives after years of the migrant crisis, which has affected Italy more than any other EU country. Eurozone budget rules have taken their toll on the Italian economy, making a return to growth impossible. Italy has also been caught up in the trade wars between the EU, the US and China. In October, the WTO allowed the United States to impose tariffs on up to $7.5 billion on imports of European goods after it ruled that Airbus had been receiving illegal subsidies. France and Germany had benefited most from the subsidies, but Italian food products were among the worst hit by the new tariffs.

There are now calls from across the political spectrum to reform or scrap the Maastricht Treaty which founded the modern EU. Some in the League sympathise with Brexit and its promise to ‘take back control’. Italians are angry not only with the bureaucracy in Brussels but also with its supporters in Rome. In 2017, the people in two of Italy’s wealthiest regions, Lombardy and Veneto, voted overwhelmingly – by 95 and 98 per cent respectively – for more powers to be devolved to their regions, including powers over budgets, infrastructure and healthcare.

Salvini’s ‘sovereignist’ politics appeals to these aspirations of autonomy from both Brussels and Rome. And though Salvini is no longer in government, his party is the most popular in the country – winning the European elections in May and currently polling at around 35 per cent. ‘We’re here to stop him’ has been the mantra of the current M5S-PD coalition. But while Salvini and his party may be out of power for now, the mood in Italy means they might soon make a comeback.

Daniele Meloni is a former speechwriter for the president of Lombardy, the League’s Roberto Maroni.