‘The Italian crisis is devastating – the EU has been vicious’

Thomas Fazi on Italy’s economic woes and the populist backlash. 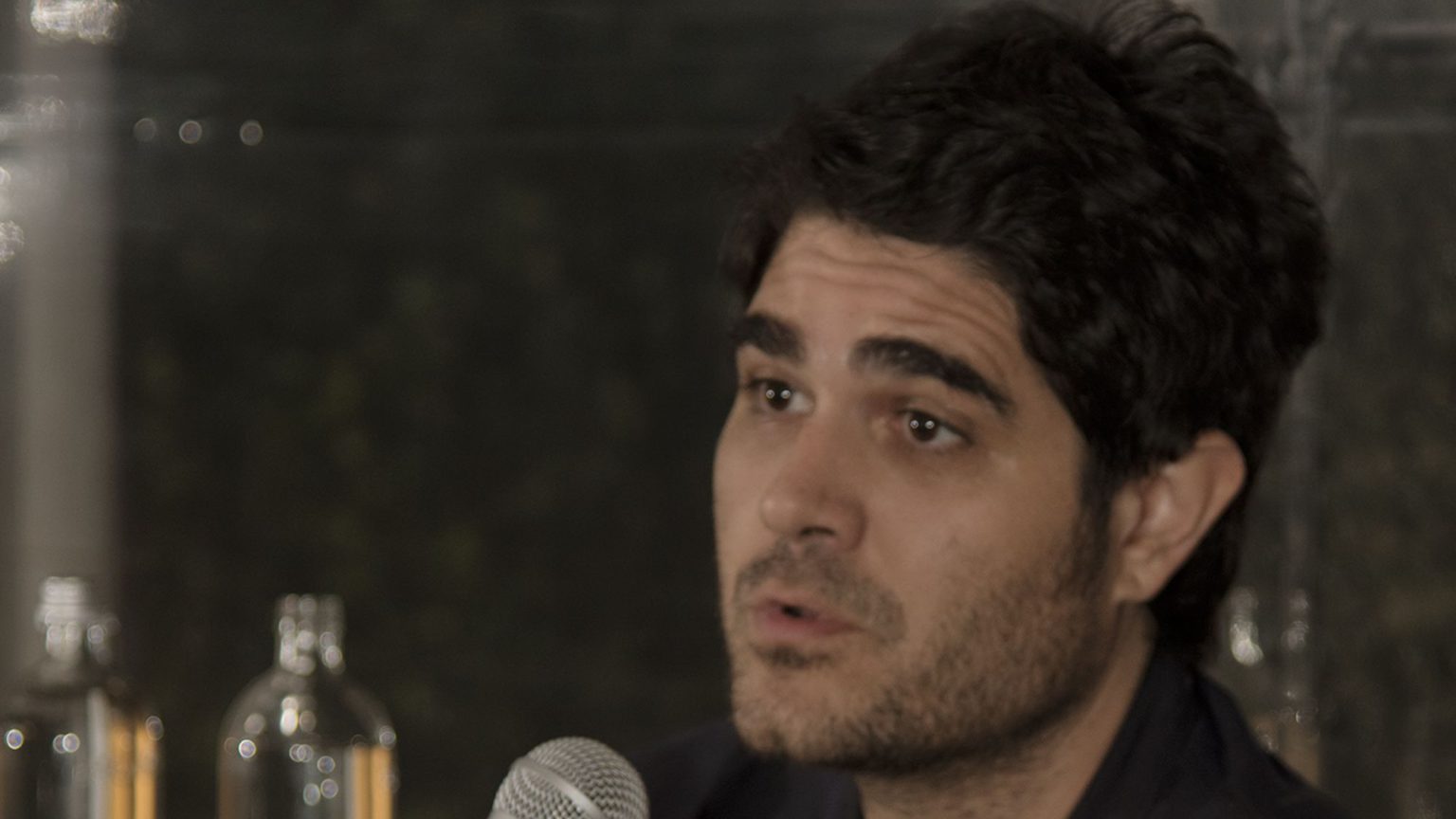 Italy is in a deep crisis. After a decade of economic turbulence, Europe’s third-largest economy is, once again, in recession. At last year’s elections, it experienced a populist earthquake, with two anti-establishment parties, the Five Star Movement and the League, now governing in coalition. To understand the depth of the crisis and the drivers of the populist revolt, spiked caught up with Thomas Fazi, a journalist based in Italy and author of The Battle for Europe and Reclaiming the State.

spiked: With the Italian economy sliding back into recession, is there any end in sight to the crisis?

Thomas Fazi: The media is making a big fuss about this recession but it continues a trend that’s been going on for a very long time now, and which would have happened regardless of which party won the elections and who was in government.

Italy has effectively been in recession for almost 10 years. For the past 20 years, essentially since it signed the Maastricht Treaty, it has either been stagnating or growing well below the European average.

So no, there really isn’t any end in sight. The damage done by this decade-long crisis is profound. Since the financial crisis of 2008, Italy has lost between 6 and 7 per cent of its GDP – the largest loss in the Eurozone after Greece. About 25 per cent of its industrial production has been wiped out, on a semi-permanent basis.

Official figures put unemployment at around 10 per cent. Youth unemployment is at around 30 to 35 per cent. But these statistics gloss over the real picture. They only take into account those who are actively searching for work. If we include everybody who could work but has given up looking, the figures are much higher. Some figures talk of a general unemployment figure of 30 per cent – the highest in Europe.

Nor do the official statistics take into account the difference between regions. Unemployment is lower in northern regions, which are integrated into central European value chains. But in the south, things are catastrophic: we are talking unemployment rates of 60 to 70 per cent in some parts. It is an absolutely devastating situation.

Italy is a self-fulfilling loop which the European architecture reinforces. After the announcement of the recent growth figures, we saw a rise in interest rates in the spread between Italian and German government bonds. This is the opposite of what should happen – and of what does happen in ‘normal’ advanced countries. Usually, when growth is slowing, central banks cut interest rates to allow governments to pursue expansionary fiscal measures, and they raise rates again when growth picks up to stop the economy from overheating. But instead, when a Eurozone country is facing trouble, or when there is financial or political turbulence, we see interest rates spike. This is part of the doom-loop that Italy is stuck in at the moment.

spiked: What would it take to get Italy out of this mess?

Fazi: The measures and financial resources that would be needed to put Italy back on a path to growth are so massive that it would be impossible to do inside the Eurozone. This was made amply clear by the recent stand-off between the Five Star/League government and the European Commission. Brussels rejected a budget that was very, very timid in its proposals. It wasn’t even an expansionary budget, it was just less recessionary than that proposed by the previous government.

Even the initial budget proposed by the government still foresaw a primary surplus (a surplus of tax income over expenditure, when you take interest payments out of the equation). All economics students know that running a budget surplus is contractionary: the government is taking more money out of the economy than it is putting in. And even the simple proposal to take a bit less money out than the previous government was met with vicious opposition from all the EU institutions. From the European Commission and the European Central Bank to the finance ministers of the Eurogroup, everyone coalesced against Italy over this. We can only imagine how they would react to the kind of fiscal expansion that would be necessary to end the crisis

Any country that is not a core of the Eurozone, that tries to defy the budget rules, will receive the same kind of treatment. The European powers can also apply pressure on a country’s banks or on its ability to finance itself on capital markets to keep it within spending limits.

Of course, the Eurozone does make exceptions. The rules are political, not technical. Governments who are friendly to the EU can be given some flexibility, like Macron in France, for instance. Centre-right governments in Spain were given a similar pass. The European Commission knew that this would help keep leftist parties that were growing in the polls at bay. The Euro cannot be reconciled with democracy.

spiked: What role has the economic crisis played in the rise of Italy’s populist parties?

Fazi: The economic factor is very clear. The support for the governing parties at the last election was the expression of a widespread demand for a completely different economic policy. Of course, the two parties expressed two different demands. The League is a party of small and medium-sized business-owners in northern Italy who want lower taxes. The people who voted for the Five Star Movement tended to be young, unemployed or underemployed, living in the south, who were asking for jobs or some kind of economic support, for instance, in the form of a basic income.

While economics was the main cause, the migration crisis has changed the way a lot of people vote. The way the crisis was mismanaged by the previous government made people feel increasingly insecure about not just their identity, but also their everyday life. People had the impression that nobody was in control of it.

The previous government’s reaction reinforced this. It denied that there was any kind of migration crisis or that there was any impact on communities from mass influxes of people. In fact, it was having an impact on a number of levels. If you look at the statistics, it didn’t translate into higher crime as many feared. But people, particularly in smaller cities that have been historically homogeneous, started to see the face of their communities change very quickly. It has also had quantifiable effects on employment, reducing available jobs and squeezing wages.

With the establishment parties in denial, it was very easy for Matteo Salvini to sweep in and say he was going to stand against mass immigration. In practice, taking control of it is proving much harder than he expected.

spiked: Has the populist-vs-establishment divide come to supplant the older political divides?

Fazi: It is absolutely clear in Italy, more than elsewhere, that the left-right divide has collapsed. One of the main reasons is that for a long time, Italy had a very ideological vote – people used to vote for one party their whole life. But that has since fallen apart.

If we go back to the 1990s, many of the neoliberal reforms and the steps that brought Italy into the Eurozone were implemented by centre-left governments. So the years that Matteo Renzi’s Democratic Party were in power, were simply the final stage in the transmutation of the left from a political actor that once defended workers and the subaltern classes into the establishment. Even more importantly, the Democratic Party became a European party. It existed pretty much to implement diktats from Brussels.

The mass base that once supported left-wing parties slowly abandoned that political family and now have strong anti-left feelings. Anyone who is perceived as being remotely leftist is instantly identified with the establishment.

The Five Star Movement was very clever in exploiting this new reality, presenting itself as the party of the people against the elites. Salvini was also clever to present himself not as a classic right-wing candidate, but as a national populist.

Fazi: I don’t consider it to be. It doesn’t mean much. It’s essentially just a word that’s used to stigmatise anti-establishment parties or anyone that challenges the status quo.

In Italy, we have a new word, sovranismo, or sovereignism, which is used to stigmatise anyone that criticises the EU or the Eurozone. From the mainstream media’s perspective, a sovereignist is a reactionary, a xenophobe, someone who wants to close the borders and create an ethnically pure country, and so on. But if we go back to the origin of the word, a sovereignist is simply someone who wants to reclaim sovereignty, which, in my view, is just another word for democracy.

Populism and sovereignty are derided nowadays all over Europe. The problem in Italy is that all the mainstream left goes along with the idea that sovereignism is its enemy. But historically, the struggle for sovereignty, for democratic determination, was one of the main causes of the left. That much of the left has turned against sovereignty shows what confused times we are living through.