Mass protests have brought the government to its knees. The Lebanese are hungry for change. 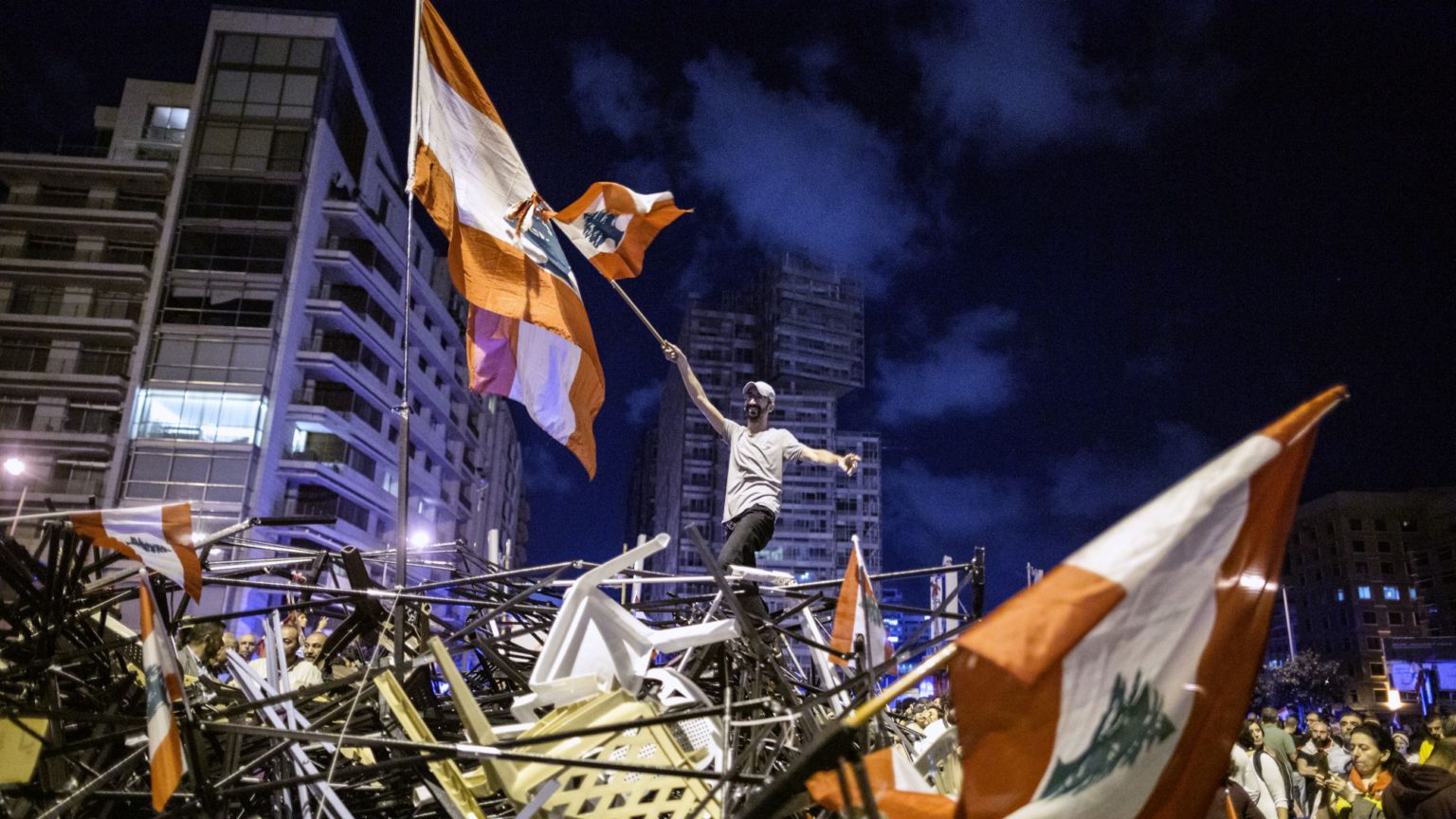 Mass protests have broken out in Lebanon. Between one and two million people – almost half the population – have taken to the streets. These are the largest demonstrations in Lebanon since the Cedar Revolution of 2005 against the Syrian occupation of our country.

Recovering from decades of civil war and foreign occupation has not been easy for Lebanon. To make matters worse, Lebanon’s political class has taken a country that was once dubbed the Switzerland of the Middle East to the brink. More than 25 per cent of Lebanese citizens live in poverty and a similar proportion are unemployed. Lebanon’s infrastructure is crumbling. Citizens endure the fifth highest levels of pollution and have some of the worst access to electricity in the world. In recent weeks, Lebanon has also faced a dollar crisis and a fuel crisis. A proposed WhatsApp tax was the spark that lit the fuse.

Within two weeks of the protests, the prime minister, Saad Harari, had resigned. But Lebanese citizens have no plans to back down. They are united against the entire political elite.

Protesters are doing their best to keep the revolution peaceful. The protests often look like a nationwide party – something the Lebanese excel at. The revolution reflects the Lebanese people’s joie de vivre and sense of humour. Protesters are often singing, dancing and waving flags. They are also having barbecues and weddings. DJs are playing. One protester even put an inflatable pool in the middle of the highway.

Families are joining with their children, who are kept entertained with activities and mass renditions of children’s songs like ‘Baby Shark’. Protesters also managed to form an enormous human chain that ran from north to south, across the entire country, to symbolise national unity.

Most significantly, protesters have overcome traditional sectarian divides. These religious divides have been used and abused by the political parties to maintain their grip on power. People of all faiths can be seen praying together during the demonstrations.

The revolution is against all of the political parties, without exception. ‘All of them means all of them’ is one of the main slogans of the revolution. Other slogans have mocked political figures like the foreign minister, the speaker and the president.

The Sunni-led government is propped up by the Shi’ite Hezbollah, which runs many of its own parallel state institutions. Anti-Hezbollah chants have rung out everywhere, too – including in Shia strongholds. Some Hezbollah supporters have taken to social media with a hashtag praising general secretary Hassan Nasrallah as ‘more honourable than all of them’. But protesters have hit back with their own hashtag, saying that ‘All of them means all of them, Nasrallah is one of them’.

Before he resigned, prime minister Harari proposed a number of economic reforms in the hope of appeasing the protesters. President Michel Aoun also broke his silence to try to convince the public to accept the reforms in a series of pre-recorded and poorly edited clips. But the Lebanese people are tired of empty promises. The proposals are tempting – but nobody trusts ministers to implement them.

Hezbollah’s Nasrallah took a much more combative approach, accusing protesters of being paid by foreign actors. Protesters did not accept the accusations lightly. They posted pictures and videos of students bringing their own DJ equipment to provide music and mothers preparing food to feed the protesters. They want to show the world that the revolution is funded by the people and is for the people.

When troops from the Lebanese army were first sent to clear protesters and reopen the roads, protesters gave the soldiers flowers and chanted songs dedicated to the army. Some soldiers were moved to tears and others hugged protesters. In the army’s place, Hezbollah’s thugs have been mobilised to terrorise people and start fights. Nasrallah, the master of fearmongering, warned Lebanon that the protests could lead to a civil war.

Whether things escalate to that level remains to be seen. But one thing is for certain – the protesters are determined to keep things peaceful.

Romy Haber is a journalist from Lebanon.