How the political class sold our sovereignty

As soon as we won universal suffrage, the Tories gave our democratic rights to the EU. 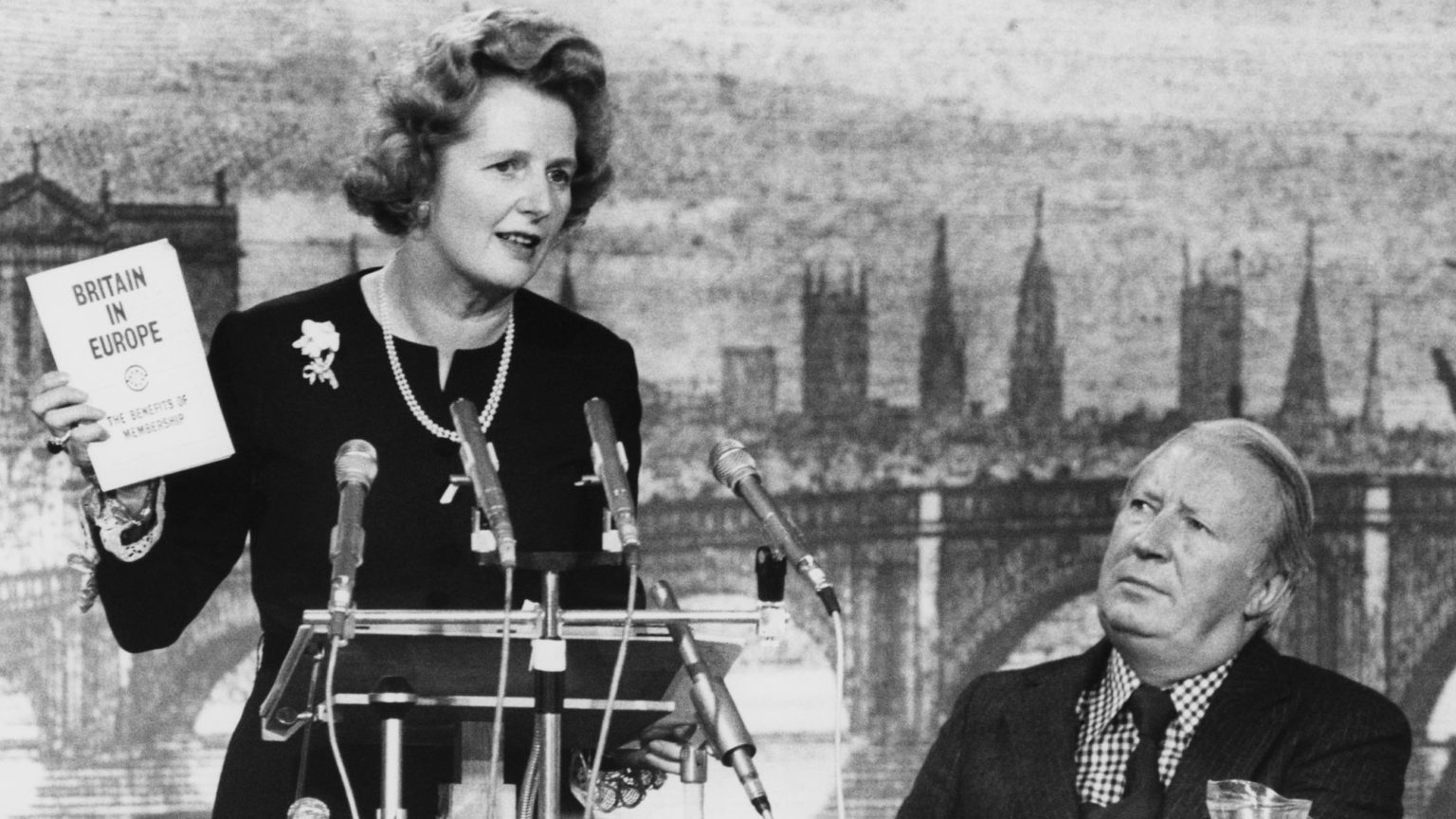 Each year of late has been packed with anniversaries of major events in working-class history.

Last year, we celebrated the bravery and foresight of the Suffragettes. This year was the bicentenary of the massacre at Peterloo. And perhaps less prominently, today is the 180th anniversary of the Chartists’ Newport Rising. These were three of the many heroic moments in the struggle for the vote that was to culminate in another key anniversary for this year: the passing of the Representation of the People Act 1969, which reduced the age of enfranchisement from 21 to 18.

The struggle for the universal franchise had taken well over a century. Some argue it stretched back further to the Agreement of the People in 1649 – the Levellers’ manifesto. Either way, too few recall the sacrifice and struggle that led to the right of all citizens over 18, regardless of gender and property, to vote for their representatives. We were left with the House of Lords and the monarchy, which together, under the shifting conventions of the unwritten constitution, still make up our parliament. But nevertheless, the people had a powerful voice for the first time.

Ironically, this new voice elected Ted Heath’s Conservative government in 1970. As we now know, Heath was embroiled in secret talks to give powers to the then embryonic EU over and above our parliament. Our voice was hushed before it had properly spoken.

The referendum in 1975 on whether to stay in the Common Market was a con. Socialists and trade unions, led by those like Tony Benn, opposed EEC membership. They rejected the Project Fear of the day and asserted national independence and democracy above the control of our country by an unaccountable foreign body.

Our elected representatives in parliament duly began stripping parliament and the people of our sovereign powers. First, in October 1979 – another, more devastating anniversary this month – Margaret Thatcher did the quintessential EU thing and removed constraints on the movement of capital. The genie was out of the bottle and a new breed of financiers and globalisers ran rampant. ‘Hark what discord followed’ as the real economy was pulled apart, public assets were sold off, and public services were put into incompetent, private hands. Super-profits went untaxed in offshore havens and the happy billionaires emerged. Even the annual Sunday Times Rich List had to be expanded from 200 entries to 1,000 to account for the egregious wealth at the top.

In 1986, the Tories signed Britain up to the Single European Act, consigning public procurement to the lowest bidders overseas, making market customers of us all. Stunned by the ferocity of Thatcher’s attack on the unions, in 1988 the TUC thought Jacques Delors sounded nice. They then started the long process of deluding organised workers that our salvation lay with those we don’t elect in the European Commission. Twenty years later, the European Court of Justice made it clear that workers’ collective rights were inferior to the rights of businesses in a number of landmark rulings.

The Tories signed the Maastricht Treaty in 1992, giving the unelected EU control over our public spending limits. And so it went on, EU directive after EU directive, treaty after treaty, draining away the democratic base of sovereignty in a parliament only able to pass laws if the unelected of Brussels approved of them.

In the 2000s, unlike France and the Netherlands, the British people were not even offered a referendum on the 2005 EU Constitution or the Lisbon Treaty in 2007 (a rebranded version of the constitution), which centralised powers in the unaccountable EU.

In the same period, the EU expanded its borders eastwards, making nomads of whole populations fleeing chaos and poverty and tragically believing that the grass was greener elsewhere. Many migrant workers toil in slave-like conditions. Accession states were told by the EU to break up collective bargaining and tear up their favourable agreements with unions. A bonfire of these agreements took place, culminating recently in the struggles in France and Italy against the assault on their labour codes. Britain’s unique system of negotiated final-salary pensions was kicked into terminal decline by the EU Directive on Pensions. Yet we are still told by some that the EU protects workers’ rights.

Over the past few decades, we went from the food mountains of the Common Market to mountains of mass unemployment in the permanently deflationary European Union. The country that gave us the word democracy, Greece, was ravaged and taken over to be ruled by bankers. Despite heavy austerity, money could always be found to pay German arms manufacturers. Britain argued for a rebate on the huge EU membership bill in 1984 and has consistently avoided entry into the Single Currency. Who knows how desperate things would have been if we had succumbed to the Euro.

By the time of the EU referendum, the British parliament had become so used to not having any real power that when the people’s voice demanded we leave the EU, some within it thought they could use parliament itself – under the cloak of ‘parliamentary sovereignty’ – to oppose the desire of the majority for national self-determination. In the process, a new authoritarianism was born. Some parliamentarians took it as their mission to remove any executive power that would allow the government to follow the mandate of the referendum, including via the Supreme Court.

Brexit is about independence from unelected power over our decisions. National independence is an essential condition for democracy and socialism. It is something which millions have sacrificed their lives for throughout the world. Yet any opposition to parliament’s attempts to act against the majority will of the people has been stereotyped as ‘right wing’.

In a painful twist, the Fixed Term Parliament Act, passed by the coalition government in 2011, in the hope that it would extend the Liberal Democrats’ moment of glory, did the very illiberal thing it was designed to do – it made it impossible for the people to hold their MPs to account by recalling them.

Doug Nicholls is chair of Trade Unionists Against the EU.