In 2005, the French electorate rejected the EU's constitution. The EU ignored them 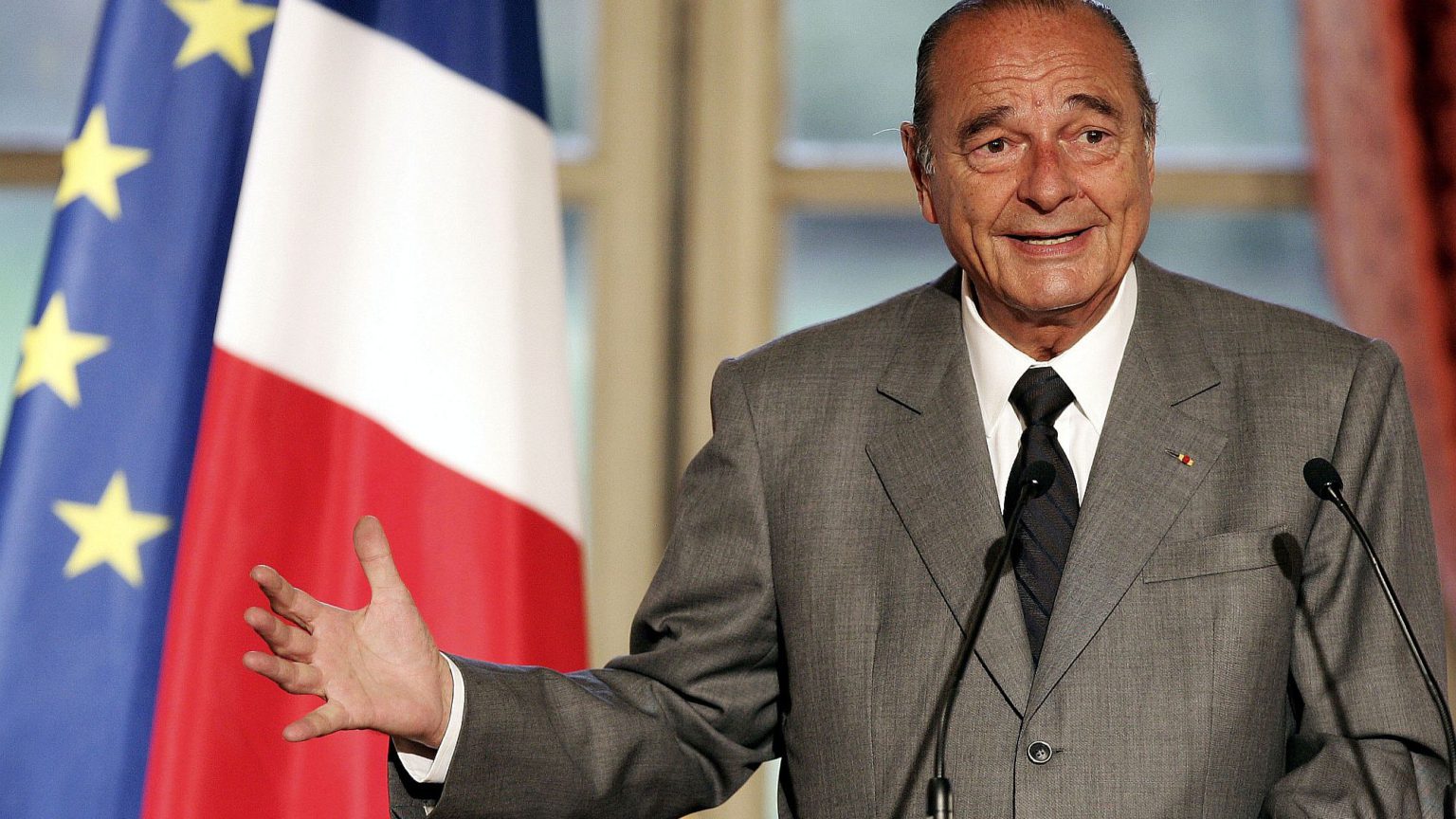 ‘This Europe of powerlessness… This Europe, where multinational companies dictate their laws to states. This Europe where France would be stuck like in a swamp… We do not accept this Europe!’

It’s fair to say Jacques Chirac, the then mayor of Paris and leader of the neo-Gaullist Rally for the Republic, was not a fan of the European Economic Community. But that was 1979. As many of those reflecting on his political career have pointed out, following his death aged 86, Chirac changed political positions nearly as often as he changed mistresses.

By 1992, Chirac, with his eye on a third run at the presidency, had shaken off his anti-Europe garb, and was campaigning in support of EU membership during the referendum on the Maastricht Treaty. His side won, by a whisker, with just 51 per cent of the vote.

Perhaps the memory of the 1992 referendum always niggled at Chirac. At the start, the Yes side was polling at 65 per cent. But by the time the result was announced, the case for EU membership had withered in the daylight of public scrutiny. That the French still voted by a small margin to join the EU could not cover up the deep well of anti-EU feeling now exposed.

So when the the 450 pages of thick, knotted legalese of the EU’s European Constitution emerged in 2004, Chirac, now the French president, was understandably concerned about staging a referendum. He had seen what happened in 1992. And he had also seen what had happened in 2002, when the Irish electorate rejected the Nice Treaty.

It wasn’t just Chirac’s political future on the line. It was the EU’s, too. The constitution may have been wilfully byzantine, drawn up by 105 experts with no input from elected representatives, but its intent was clear. It was to empower the EU at the expense of member states’ residual sovereignty. Hence it talked of strengthening the executive; of eliminating the six-month rotating EU presidency and replacing it with a five-year-term president; of establishing an EU foreign-policy commission; of conferring more power to Brussels over immigration and justice; of demarcating exactly where EU law supersedes domestic law, and so on.

If it was rejected by France, one half of the Franco-German motor driving the European project, then the EU’s future itself would be called into question

To his credit, then, on 14 July 2004, Chirac went for it: ‘The French people are concerned directly, and will therefore be consulted directly…next year.’

At the time, polls suggested that over 60 per cent of the French electorate were in favour of the European Constitution. The pro-EU campaign was further boosted by the fact that the entire mainstream political establishment eventually signed up to support it, from the various elements of the ruling centre-right coalition to the Socialists and the Greens.

But as soon as the campaign began, the No side started to pick up support.

There were several, familiar reasons for this. First, Chirac seemed unable to defend, let alone make a positive case for, the EU. As a leaked memo from the UK’s Europe minister in April 2005 laid bare, there was a feeling that Chirac showed ‘a lack of leadership in explaining, defending, promoting the EU’. Among the French ruling elite, the frustration was equally palpable. Dominique Strauss-Kahn, a former Socialist minister and future managing director of the IMF, remarked: ‘This referendum is bloody stupid. We were bloody stupid enough to ask for one and Jacques Chirac was bloody stupid enough to call it.’

And second, the arguments against the EU resonated. People were concerned that enlargement would further dilute France’s sovereignty. They were even more concerned, as captured in the form of Charlie Hebdo’s ‘Polish plumber’, that the new EU constitution opened France up to an army of reserve labour from newly signed-up Eastern countries, reducing wages and raising unemployment.

Indeed, while the Socialist Party may have allied itself with Chirac, many on the left campaigned against the EU, from trade unions to old Communists. The EU was not seen as a protector of workers’ rights. Quite the opposite. It was grasped as a Europe-wide iteration of the same globalised liberal capitalism that leftists had been attacking for decades. Chirac himself, in a desperate attempt to curry favour, even began bemoaning the EU’s ‘ultra-liberalism’.

Little wonder the referendum campaign, like Brexit, split along roughly class lines. A leading pollster, Roland Cayrol, noted at the time that blue and lower-grade white-collar workers, the self-employed and farmers were planning to vote No, whereas professionals, managers and graduates were opting for Yes. ‘There’s a clear division between a well-off, confident France and an anxious, struggling France’, said Cayrol. ‘These are two countries.’

By April 2005, it was clear that the EU was in trouble. ‘We will reproach ourselves later if we let slip this historic opportunity to advance Europe’, said German chancellor Gerhard Schröder in a last-ditch intervention. ‘Our children, our children’s children, will reproach us. France and Germany have a very special responsibility for the success of this process.’

These were to prove ominous words.

But it seems the ‘very special responsibility for the success of the process’ held by the likes of Schröder and Chirac drove them towards an all-too-familiar response: misrepresent and then ignore the vote.

First, politicians, EU officials and pro-EU pundits argued that it wasn’t clear what the French had voted for. Holder of the EU presidency, Jean-Claude Juncker, said: ‘I am still very much in doubt when I look at this very mixed response in France.’ European Commission president José Manuel Barroso agreed. ‘There was no one clear voice coming from the No camp, no one simple message.’

Then, over the following months, the EU set about ignoring the vote, by repackaging the EU constitution as the Lisbon Treaty. As Chirac’s one-time rival Valerie D’Estaing noted in 2007, the proposals in the constitution were simply dispersed through old treaties in the form of amendments, so as to ‘avoid any form of constitutional vocabulary’. Because if there’s no constitutional vocabulary, there’s no need to put the treaty to a referendum. German Chancellor Angela Merkel was unequivocal in a 2007 speech to the European Parliament: ‘The substance of the constitution is preserved. That is a fact.’

By the time the French parliament ratified the de facto constitution that its people had already rejected, Chirac himself had stepped down. But he ought to be remembered at least for allowing the people to speak as they did, clearly and resoundingly, on 29 May 2005.