From the UK to Catalonia – treating voters like criminals

The Spanish authorities and Britain’s Remainer elite have a shared contempt for democracy. 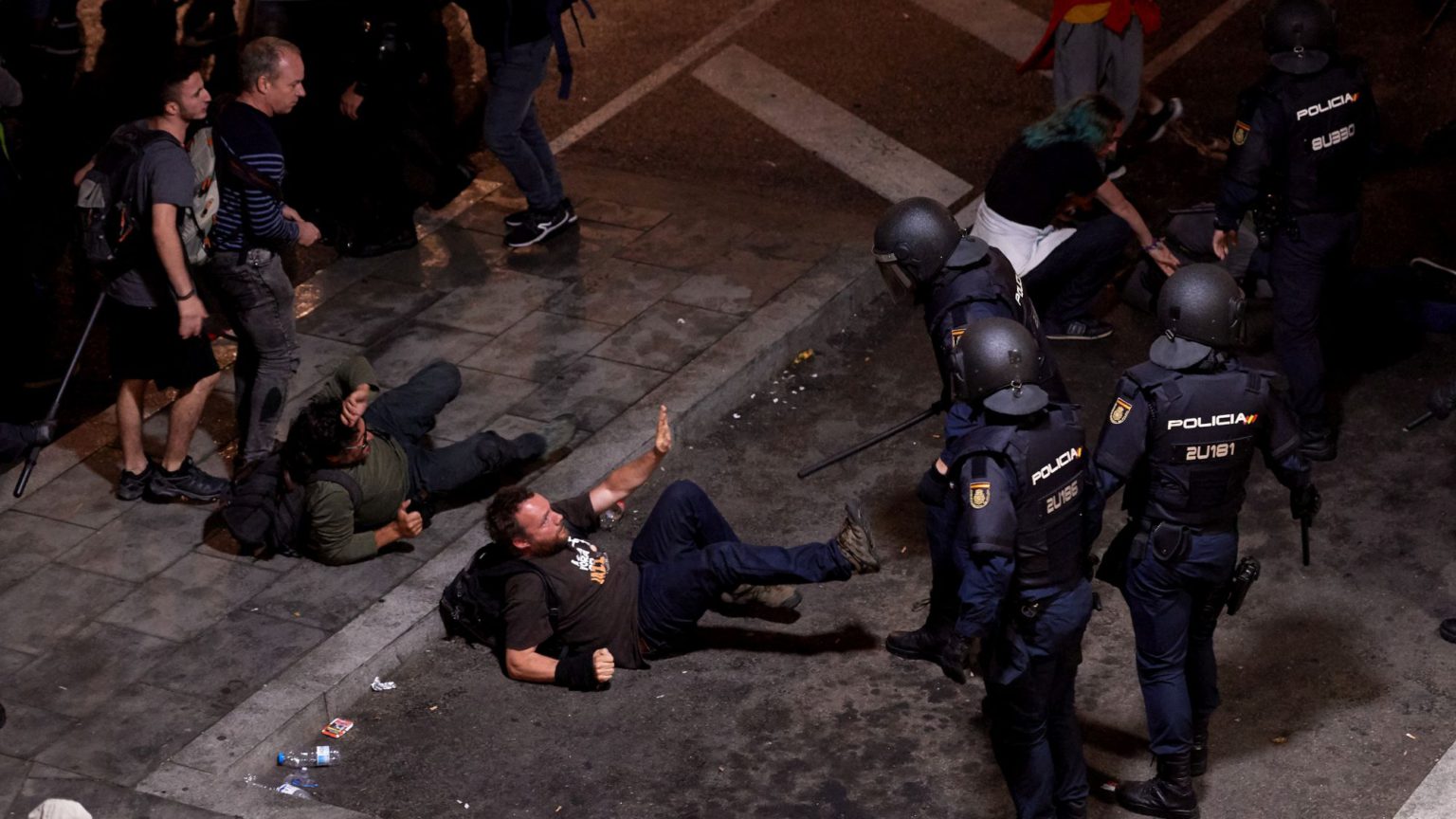 A referendum on independence denounced as a criminal enterprise. A public vote written off as immoral and illegal. Political figures threatened with imprisonment if they even dream of pursuing the public’s desire for a clean break from old political arrangements.

But that’s enough about the outlook of Britain’s Remainer elites – let’s now look at what is happening in Catalonia.

Spain’s authoritarian assault on the Catalan politicians who organised 2017’s unofficial independence referendum is deeply disturbing. You don’t have to be a supporter of independence for Catalonia to see that handing these politicians prison sentences of between nine and 13 years is profoundly illiberal and anti-democratic.

It is utterly clueless, too. It will backfire terribly for the Spanish authorities. It already is, in fact. Yesterday’s huge and rowdy protests in Barcelona confirm that people do not take kindly to seeing their political representatives being treated in such a tyrannical way. If Spain’s establishment thought that making political prisoners of the organisers of the Catalan referendum would put a lid on the Catalonia question, it is in for a rude and difficult shock.

The events in Catalonia feel shocking. (Not to Brussels, though, which seems quite relaxed about this authoritarian behaviour in one of its own member states, just as it has been chilled out, and even supportive, of President Macron’s relentless year-long assault on the gilets jaunes.) And yet they feel familiar, too. The authorities’ insistence that a referendum was wicked, dangerous and fundamentally criminal – haven’t we heard that before?

Yes, we have. From Britain’s own Remainer establishment and Remainer chattering classes. For three years now, these arch anti-democrats have been denouncing the EU referendum as a corrupted event, even as a criminal event.

From Carole Cadwalladr’s conspiracy theories about Brexit being a ‘criminal enterprise’ to mainstream politicians insisting the referendum result is illegitimate because the whole thing was hijacked by evil Russians or dodgy businessmen, there has been a palpable effort within the elite to depict Brexit as a crime.

Indeed, Leave campaigners were reported not only to the Electoral Commission but also the National Crime Agency. The NCA’s investigation of aspects of a Leave group’s funding got the Remainer elites very excited. They were sorely disappointed when it ruled that no crimes had been committed. Because, like Spain’s authoritarians, they wanted this independence referendum to be judged a criminal act.

Remainers even fantasise about imprisoning those who pursue a clean-break Brexit. Witness the glee with which they inform Boris Johnson and others that they could end up in the slammer if they act against the Benn Bill that forbids a No Deal Brexit without parliament’s approval. As the Guardian put it, ‘Legal experts have warned that Boris Johnson could face prison if he refuses to abide by the bill’. The anti-democratic activist Femi Oluwole has fantasised about Boris being jailed for 20 years.

In fact, Remainers’ fantasies – if they ever came true – would be even worse than what Spain has done. Spain heavy-handedly clamped down on the organisers of an unofficial referendum – Remainers want to criminalise and overturn an entirely legitimate, entirely democratic referendum. That’s how far these people have gone down the road of authoritarianism.