The Democratic hopeful defended a comic who made dodgy ethnic jokes about him – now that’s principled. 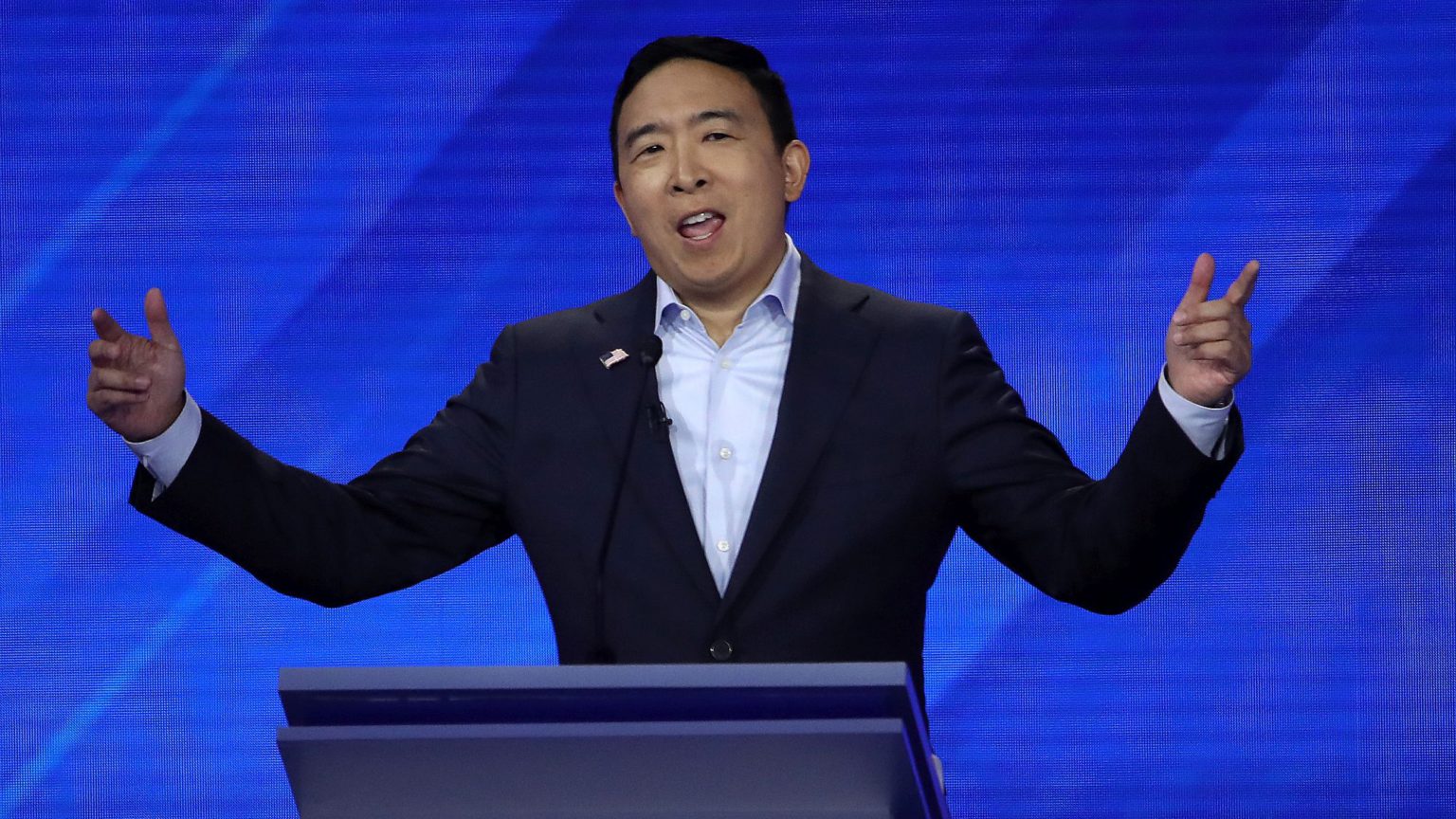 Tech-entrepreneur and Democratic presidential candidate Andrew Yang used to be known as the quirky outsider with the thousand-dollar Hail Mary. Today, he’s become an unexpected voice of bipartisanship and pragmatism, appearing on conservative pundit Ben Shapiro’s talkshow and appealing to conservatives and libertarians with his market-conscious approaches. This week, he weighed in on a controversy surrounding a comedian who used ethnic slurs and made offensive jokes about Asians, some of which specifically referred to Yang himself. In our modern environment of hyper-sensitivity and cancel culture, his response was a breath of fresh air.

Yang intervened after clips began circulating showing one of Saturday Night Live’s newest hires, Shane Gillis, using ethnic slurs and calling Yang a ‘Jew Chink’. Many called for SNL to fire Gillis, especially considering the show had also just hired its first Asian-American cast member. Gillis quickly put out a statement explaining that his job as a comedian involves pushing boundaries, and attempts at comedy frequently miss the mark. ‘My intention is never to hurt anyone’, he wrote, ‘but I am trying to be the best comedian I can be and sometimes that requires risks’.

A few days later, Yang responded to the controversy in a Twitter thread, inviting Gillis to sit down and talk, saying that while he thought the jokes were ‘cheap shots’, he didn’t think he should lose his job. Yang characterised Gillis as a still-forming comedian who made bad offensive jokes, but pointed out that our society has become excessively punitive and vindictive about offensive speech. He forgave Gillis, finishing the thread with: ‘We’re all human, we’re all fallible.’

Yang could have easily framed himself as the victim, using the controversy to drum up exposure and sympathy. Instead, he was reasonable, open about his feelings on Gillis’s material, and willing to engage in an honest conversation. It is the single greatest show of integrity I’ve seen in the race for the Democratic nomination.

Later, during an interview with CNN journalist Jake Tapper, Yang pointed out that not only is our society excessively punitive, but that comedians should be held to a different standard. Yang clearly understands the central role that intent plays in speech. There’s a fundamental difference between using slurs and offensive speech with the intent to cause distress and the intent to create comedy. Because it is so subjective, it is completely unreasonable to try to read malicious intent into offensive comedy. One man’s perfect joke is another man’s hate speech.

And we also can’t pretend, like so many fainting-couch pundits, that slurs and offensive material are always and perpetually off-limits. Dave Chappelle’s massively influential Chappelle’s Show is riddled with slurs and offensive jokes. One of his most famous characters is the priceless Clayton Bigsby, a blind (and black) white supremacist who rails against minorities, blissfully unware that he’s not white. If the terribly offensive was off-limits, we’d also have to write off the brilliantly crude South Park, with its hilariously misanthropic children. Of course, not everyone finds these examples funny, but neither does everyone find them truly offensive. The intention is to be funny, but if it doesn’t work for you, that doesn’t make it objectively wrong. Everything is offensive to someone.

Gillis’ jokes weren’t funny to me. They came off as edgelord internet humour more than anything else. But just because a joke bombs, it doesn’t mean the comedian is evil. A flat joke is just a flat joke. The risk, of course, is that when a dicey joke falls flat, the tone-deaf mob can interpret it in the worst possible light. Less than a week after the controversy, SNL caved in and announced that Gillis would not be joining the show due to his ‘offensive, hurtful and unacceptable’ language. Frankly, it seems that almost everything is being interpreted that way these days.

Indeed, Yang himself has been criticised for making insensitive jokes. While talking about healthcare in the third democratic debate, he joked about how he knows a lot of doctors because he’s Asian. Even this harmless moment of levity irked some. When asked about it on CNN, he responded, ‘If anything, by poking fun at it, I’m making Americans reflect a little bit more…’ This impishness and integrity has helped Yang become the most likable and authentic candidate in the race.

Language and human interaction is imprecise and improvised, which means it is often a little rough around the edges. We’re constantly wading into quagmires and making faux pas, or being outright offensive. We make mistakes, we’re fallible. But if our intent is just to create comedy, bring levity, make commentary, or merely have a conservation with another human being, we must be more sober and understanding. In an increasingly sensitive society, Andrew Yang’s message rings clear while his campaign gains momentum.

Shaun Cammack is a graduate student at the University of Chicago and a contributor to Young Voices. Follow him on Twitter: @shaunjcammack