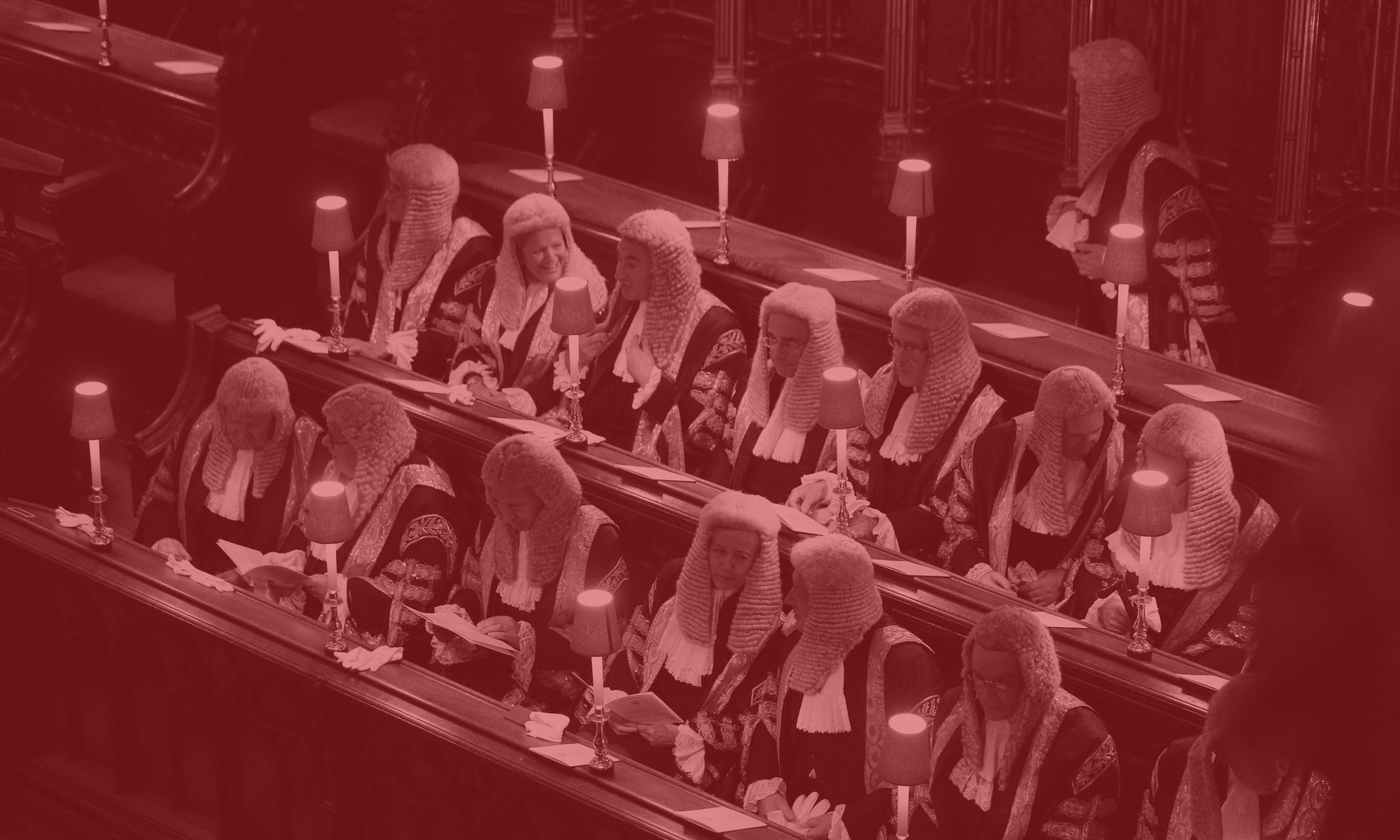 The judiciary has been empowered by Europe to ride roughshod over public opinion.

Last summer there was a change of policy on convicted prisoners being disenfranchised in the UK. The change was modest and is likely to have enfranchised only about another 100 prisoners at any one time. But the change was significant because it happened at the behest of judges. Worse still, it happened in the face of trenchant opposition from the public and their political representatives in parliament. Philip Davies MP described the change as being as ‘popular as finding a rattlesnake in a lucky dip’. In a democracy, public policy ought to be sanctioned by the public, acting through their elected political representatives. But in Britain today, public policy, whether on prisoner enfranchisement or much else, is shaped and regulated not in the political sphere, but in the legal one. This is profoundly disturbing for British democracy.

The disenfranchisement of convicted prisoners was, before the judiciary got involved, decided in parliament and sanctioned by the public. The ban dates back to the Forfeiture Act 1870, and since then the legislature and executive have considered it on several occasions. Parliament enacted the current ban by passing the Representation of the People Act in 1983. Following its election in 1997, the Labour government considered the ban and, save for modest alterations, which it enacted in 2000, decided to keep it for convicted prisoners. When the law was debated in Parliament in 1999, the Home Office minister stated the principle which the public supported: ‘It should be part of a convicted prisoner’s punishment that he loses rights, and one of them is the right to vote.’

Judges, on the other hand, have in recent years been empowered by broad principles, such as those set out in the European Convention on Human Rights, to determine policy as they think fit. They have used these broad principles to determine policy that is anything but consistent with public sentiment. In fact, they have made defying public sentiment a virtue of their policymaking, as the case brought by John Hirst, the convict who challenged the prison voting ban, highlights. Hirst was sentenced to life imprisonment after hacking his landlady to death with an axe in 1979. The public would have had no difficulty supporting a policy that disenfranchised him for the duration of his imprisonment.

Yet the European Court of Human Rights viewed Hirst’s case differently. It concluded disapprovingly in 2005 that the automatic disenfranchisement of convicted prisoners was ‘based purely on what might offend public opinion’. In a passage dripping with contempt for public sentiment, the court set out its alternative, which, it said, was based on ‘tolerance and broadmindedness’. The court’s judgment in Hirst didn’t just abridge the right of politicians to determine public policy – it also actively encouraged judges to make policy that challenged public opinion. In Hirst the judges set themselves up as enlightened public-policy makers who had a duty to challenge what they saw as the intolerant and narrow-minded public policy desired by the public.

The Hirst judgment was so offensive to public opinion that most politicians found it unpalatable. For five years, the Labour government tried to ignore it. In 2010, Tory prime minister David Cameron, knowing that the public was with him, said it made him ‘physically ill’ merely to think of giving prisoners the vote. The following year, MPs voted overwhelmingly (234 votes to 22) not to change the policy, and after Cameron stated in 2012 that prisoners would not be getting the vote under his government, he received widespread political and popular support. Yet behind this bravado, the constitutional reality was that politicians would cave in. As the prisons minister put it in 2010, a change of policy on prisoner enfranchisement ‘isn’t a choice; it’s a legal obligation’. He was proved right.

Judicial meddling in public policy has not been confined to prisoner enfranchisement. In truth, it is not confined at all, for there is scarcely a policy issue on which a judicial ruling cannot now be obtained. In recent years public policy on abortion, adoption, asylum, criminal sentencing, deportation, extradition, homosexuality, immigration, marriage, military discipline, policing, pollution, prison discipline, social security, suicide, transgenderism and much else besides has been challenged by the law.

When it comes to public policy there are now few ‘no go’ areas for law. Almost any policy devised politically, whether by parliament or the executive, can be scrutinised by judges if there is someone with the determination to challenge it in a court of law. Public-policy making is now less about what is right and desirable and more about what the law will allow.

If domestic judges sitting in London – rather than European ones sitting in Strasbourg and Luxembourg – had adopted the high-handed notion that the public is intolerant and narrow-minded, it is doubtful that law’s empire could have expanded to conquer so many policy areas. But with a different language, the UK judiciary found a way to rule on public policy so as to avoid causing the sort of constitutional anxiety that European judges caused with their rulings on prisoner votes. As Sir Roger Toulson put it, before he became a Supreme Court judge, liberal societies can give legitimacy to a system of government either by the will of the people or by the rights of the people.

Public policies always involve a contest between individual rights and collective interests. The Human Rights Act requires judges to prioritise individual rights at the expense of collective interests. Twenty years of law-making overseen by this championing of individual rights has trained the British judiciary to view all cases the same way, whether or not they directly engage the Human Rights Act. In other words, UK judges have inculcated the approach that was first developed by European judges and which has now become their legal default and norm.

There are many arguments for democracy, but one of the strongest is that the people know best how to strike an appropriate balance between individual rights and collective interests. For on the one hand they want rights, but on the other they want the interests of their families, workplaces, communities and nation to be defended. Only a democracy that operates free of judicial constraint can strike the right balance. There is no place in a democracy for the law to intercede in the relationship between the public and their elected representatives. On public policy, politics must be the master and law its servant.

The problem can readily be seen in the judicial desire to enfranchise more prisoners. This is good for the rights of prisoners but bad for the community’s desire to punish criminals. More generally, judge-made law always tends to side with the prisoner, the criminal, the illegal immigrant, the person who wants to change his sex, or in broad terms the person who wants to challenge a collectively agreed norm. In short, judge-made law, motored by individual rights, has a ‘me, me, me’ quality. It has resulted in softer criminal justice, weaker prison discipline, compromised military discipline, porous borders and transgenderism, to name but a few of the ills that rankle with the public, whose views are given short shrift by laws that dismiss their opinions as intolerant and narrow-minded.

The irony of prisoner enfranchisement (an individual right) is that it disenfranchises the public (a collective interest). For the public’s desire to redress the balance by elevating collective interests has been ruled impossible by the law. Hence, over the past two years the Welsh and Scottish governments have been considering a greater degree of prisoner enfranchisement for local elections. Unsurprisingly, the Scottish Parliament’s Equalities and Human Rights Committee (a body that will clearly have more clout than the Scottish people) recommended in May 2018 that the ban on prisoner voting should end in its entirety. And in this month’s by-election in Shetland, the Scottish government is allowing all prisoners to vote on the grounds that the law requires it. (This is probably incorrect but it is good cover for weak-willed and woke politicians.) So much policymaking today takes place within a structure, often a straitjacket, determined by lawyers. Law has become master and politics its servant.

The divide between politics and law is central to democracy. Put simply, in a democracy public policy must be made by politicians who are accountable to the public. That policy needs to be forged by politicians engaging with and reflecting public sentiment. Whether rich or poor, grand or humble, citizens have life experiences and aspirations that should inform the public policy that shapes their lives. Each citizen’s opinion may exist in a rudimentary form, but democracy requires politicians to engage with the public to ascertain and shape these opinions before making policy. A democratic political process from the constituency surgery to a General Election is intended to facilitate a continuous dialogue between the public and their representatives. It doesn’t need legal oversight.

By giving law a central role in policymaking, such as by passing the Human Rights Act, politicians have undermined their own authority and disenfranchised the electorate. When policy is shaped in a court of law rather than a court of public opinion it is judges and not the people who take centre stage. Lawyers are empowered as politicians are disempowered. Contests over right and wrong yield to submissions over the lawful and unlawful. Bold and inspiring principles give way to impenetrable legal precedents. With each passing judgment, the sphere of law grows and the political sphere contracts. Individual rights are championed as collective interests wane. Slowly but surely democracy atrophies. For the health of British democracy, it is time to kick judges out of politics.

His essay on ‘The Rise and Fall of the Rule of Law’ is published on 4 October in the book From Self to Selfie: A Critique of Contemporary Forms of Alienation, paperback £22.99. 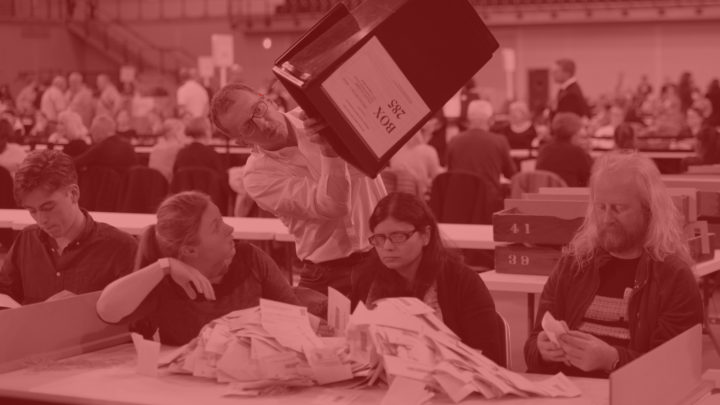 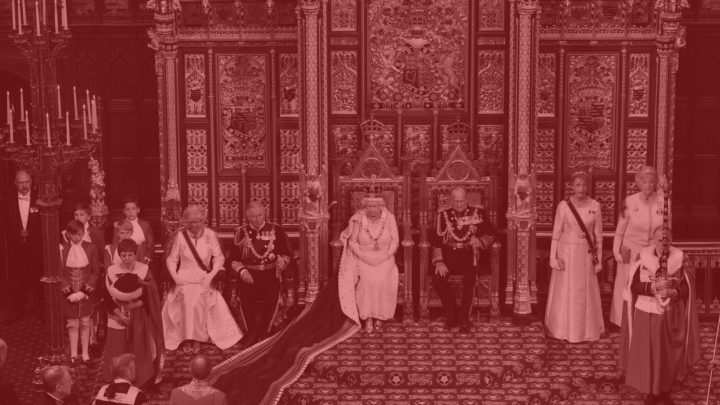 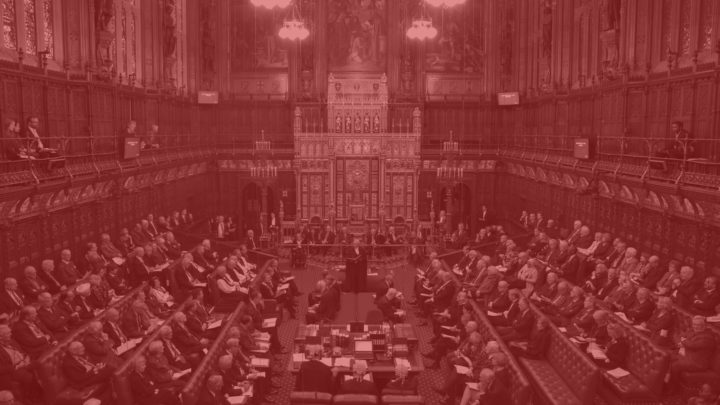 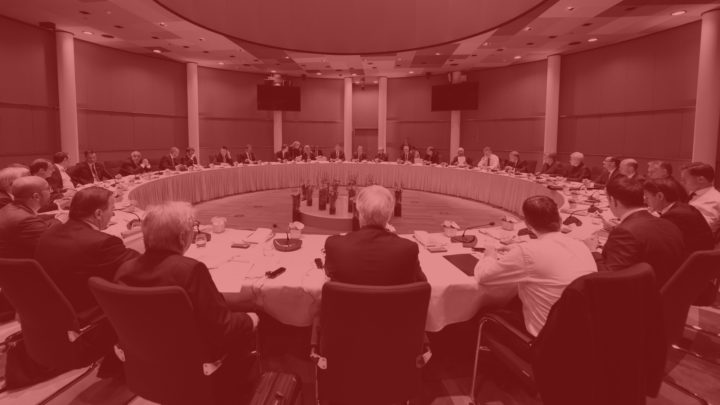 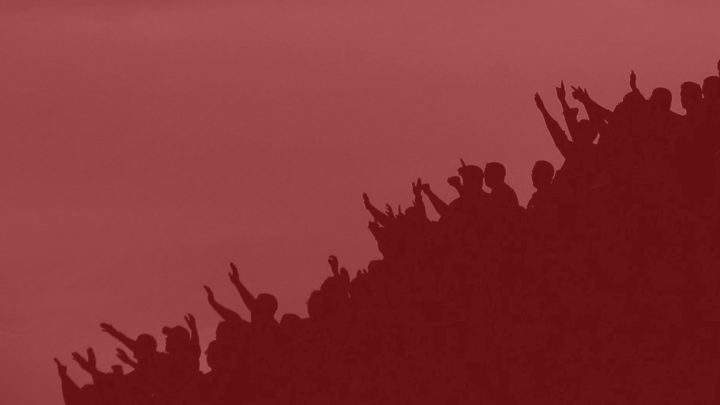