Free-speech advocates must not shy away from condemning his bigotry. 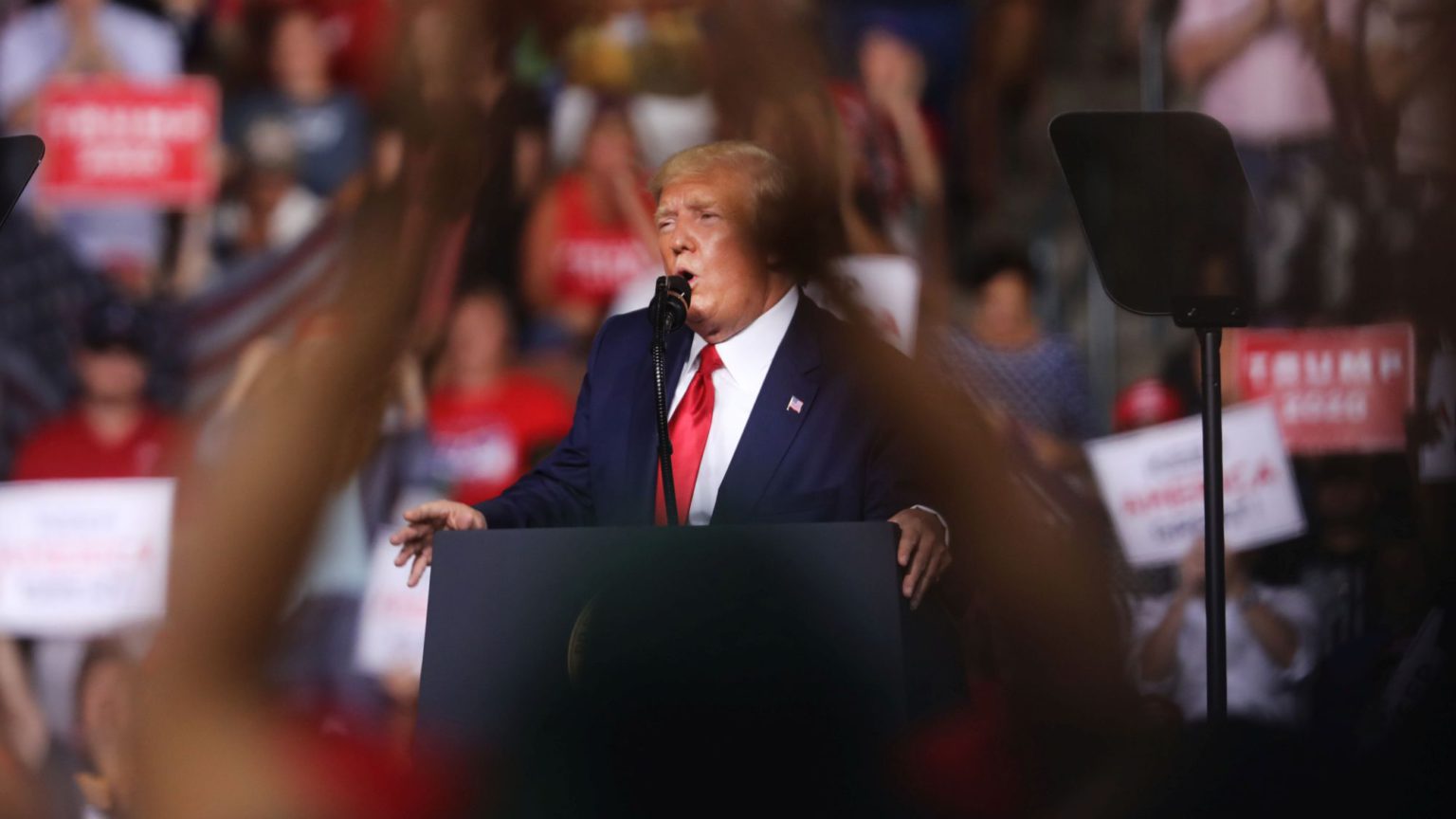 ‘I think my rhetoric brings people together’, President Trump remarked with a straight face, prior to visiting El Paso, Texas and Dayton, Ohio, sites of our latest gun massacres. Whether or not he actually believes this, he’s acknowledging that speech has consequences. Free-speech advocates should be among the first to agree, to condemn the content and possible consequences of the president’s speech, while defending the right to indulge in it.

The trouble with the president’s rhetoric is as obvious as his old-fashioned racism, which is instantly recognisable to me, having grown up in the same era and the same general area as Trump, when racial and ethnic stereotyping and slurs were respectable. Like others of his cohort, he was a white identitarian long before the term ‘identitarianism’ was invented. He has a well-documented history of discriminating against African-Americans in the housing projects built by his father, from whom he inherited a fortune, and a habit of collectivising as well as denigrating members of demographic groups to which he does not belong. He talks about ‘the’ Hispanics and ‘the’ blacks, but you won’t hear him talk about ‘the’ white people.

His Muslim travel ban and immigration policies targeting refugees from Central America and Africa demonstrate the racism of his rhetoric. Trump, the son and grandson of immigrants, isn’t categorically anti-immigrant. He just favours white Europeans, like his in-laws and two of his wives, who bore four of his five children. As a leading administration immigration official recently declared, the famous poem etched on the Statue of Liberty welcoming impoverished ‘huddled masses’ was intended to welcome Europeans.

Trump’s reflexive, mid-century American bigotry may not place him among the increasingly active minority of America’s white supremacists, but he has clearly elicited their support, broadcasting concerns about ‘invasions’ of dark-skinned people from ‘shithole’ countries, condemning Mexican immigrants as rapists, opining that neo-Nazi rioters include some ‘very fine people’, and thuggishly encouraging the occasionally violent fantasies of some supporters. How do you stop migrants from entering the US, Trump asked rhetorically at a rally in the Florida Panhandle? ‘Shoot them’, one audience member shouted, to the president’s amusement. ‘That’s only in the Panhandle can you get away with that statement’, he riffed. ‘Only in the Panhandle.’

This doesn’t justify blaming Trump for inciting violence, even in the wake of the massacre in the border community of El Paso by a heavily armed murderer who echoed Trump rhetorically, as well as several Fox News personalities. Pursuant to the First Amendment, the Supreme Court has rightly defined incitement narrowly, as speech intended and likely to cause immediate lawlessness. It does not and must not include even explicit advocacy or approval of violence (much less speech deemed hateful) that has no clear, intentional and immediate connection to a violent act. Incitement is akin to an attempted crime. Directing someone under your control to commit a violent act is incitement; indulging in violent or otherwise inflammatory rhetoric during a speech to a group of supporters is not.

But while Trump hasn’t incited violence against refugees and other minority groups, he has implicitly, effectively condoned it. At the very least he hasn’t discouraged it, as presidents were once expected to do. Yes, as teleprompter Trump, he has offered a staff member’s perfunctory condemnation of white supremacy, but Trump reading scripted, anodyne criticisms of bigotry or calls for national unity is Trump the ventriloquist’s dummy. Critics and supporters alike know that he speaks in his own thuggish voice on Twitter and at his rallies.

Speaking for himself, he wields the loudest bully pulpit in the land, and while he has not incited violence, he has contributed to a culture that seems to nurture it; he has mainstreamed the crudest expressions of bigotry. Free-speech advocates should not be afraid to say so, for fear of encouraging censorship.

We defend the right to speak, with hate as well as compassion, because speech matters. It matters because freedom of speech is essential to freedom of conscience. We have a fundamental moral right to harbour and express our beliefs. Speech has normative value. It matters because speech has the power to persuade, to disseminate ideas, to influence social, cultural and political trends. Speech has instrumental value, with costs as well as benefits. The president speaks with more power than the rest of us, and if we deny or ignore the probable costs of his speech, we deny that speech matters, and undermine our case for defending it.

Conversely, do we risk justifying calls for censorship by criticising the president’s speech? Perhaps. Identify any category of speech as a problem and you inevitably, inadvertently risk fuelling demands for a legal solution. Allegedly hateful speech has long been endangered on campus, and there is considerably more bipartisan support for restricting speech than regulating the civilian right to purchase and carry not just handguns, but weapons of war. Speech is often scapegoated for the problem of gun violence by Second Amendment absolutists, although even they would probably prefer encountering a bad guy with a big mouth than a bad guy with a gun. But censorship movements will thrive whether or not free-speech advocates acknowledge that, for better and worse, speech has consequences, however attenuated, especially when it is widely broadcast and woven into political discourse. And whether we remain silent or speak out in the face of those consequences, we will confront the perennial challenge of explaining why we defend the right to engage in speech we condemn. 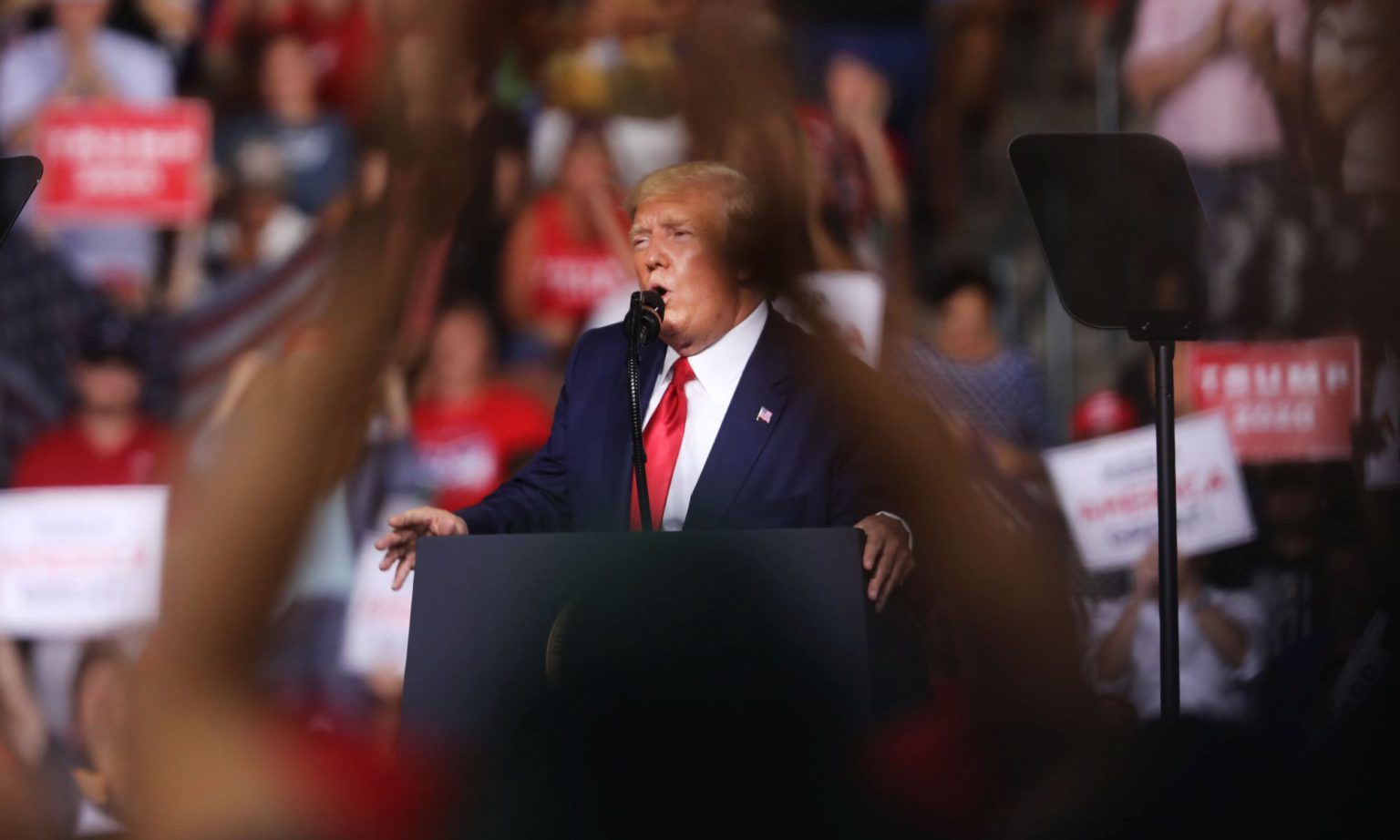