Transgenderism: a top-down politics of identity

Far from being about liberty, transgenderism is backed by undemocratic power. 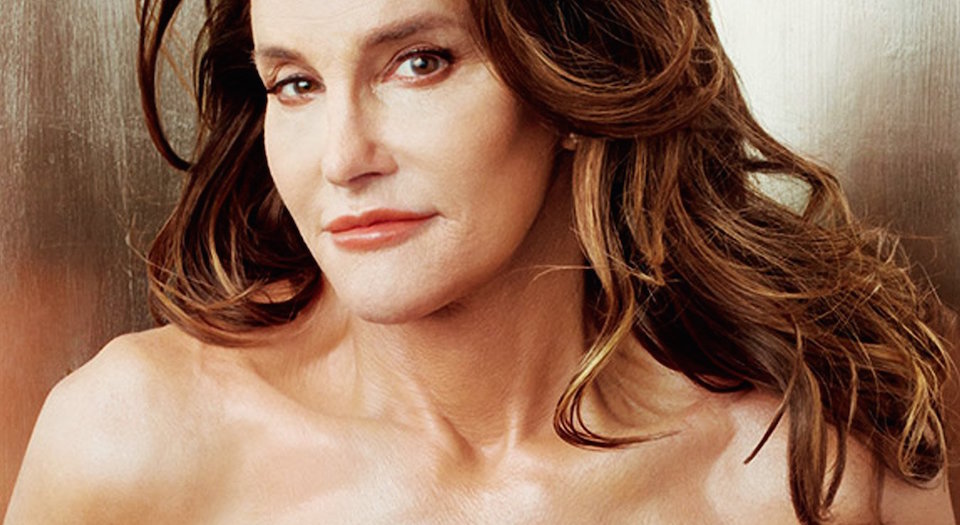 Recent news items have drawn attention to transgenderism. Caitlyn Jenner, a trans woman, posed for Vanity Fair; Jack Monroe the foodie came out as transgender ‘with a non-binary gender’; Lennox Lewis’s former boxing manager, Frank Maloney, transitioned to the trans woman Kellie Maloney; and Eddie Redmayne is portraying a trans woman in The Danish Girl. Changing gender requires much state support in the form of counselling, hormones and surgery.

With increasing numbers of people, including children, seeking to transition, it’s worth asking whether it’s morally and politically right for the state to support this process. So last week’s House of Commons report from the Women and Equalities Committee was timely. Alas, the committee assumed without question an affirmative answer to the moral and political question and proceeded merely to set out a template for the state to make the transitioning process easier. But, despite this drawback, the report shone an illuminating light on the politics of transgenderism.

Until recently, transgenderism was seen as an issue of medical need rather than personal choice. The ‘man in a woman’s body’ or the ‘woman in a man’s body’ needed, so experts claimed, medical treatment to overcome this incongruence between biological sex and gender identity. To this end, a number of ‘lengthy and expensive’ treatments would be provided covering psychotherapy, hormonal therapy and surgery. Core surgical procedures for a male-to-female patient include ‘penectomy, orchidectomy, vaginoplasty (including hair removal essential for vaginoplasty), clitoroplasty, labiaplasty’; for a female-to-male patient the procedures include ‘mastectomy, hysterectomy, salpingo-oophorectomy, metoidioplasty, phalloplasty, urethroplasty, scrotoplasty and placement of testicular prostheses’.

The medicalisation of transgenderism came of age in the 1990s under the auspices of psychiatry. In particular the International Classification of Diseases (ICD), an international medical diagnostic tool maintained by the World Health Organisation, started to classify transgenderism under ‘mental and behavioural disorders’ for which psychiatric and other treatments might be appropriate. The other commonly used manual for mental disorders, the Diagnostic and Statistical Manual of Mental Disorders (DSM), published by the American Psychiatric Association, agreed that transgenderism was a medical condition but preferred the diagnosis of ‘gender identity disorder’.

The medicalisation of transgenderism did much to remove the issue from political and moral debate, placing it in the hands of psychiatric and other medical experts. Once medicalised, transgenderism was insulated from public debate by being copper-plated in law. On several occasions dating back to 1986 (Rees v UK), the European Court of Human Rights declined to get involved, but this changed in 2002 when the court held that there was a legal right to transgenderism that nation states had to recognise (Goodwin v UK). Central to the court’s decision was the fact that ‘transsexualism has wide international recognition [from the ICD and DSM] as a medical condition for which treatment is provided in order to afford relief’.

Although the labels often change, the medicalisation of transgenderism remains important. NHS treatment for transgenderism is nowadays provided under a mental-health diagnosis of ‘gender dysphoria’, which is defined as the experiencing of discomfort or distress because of a mismatch between one’s biological sex and gender identity. In the UK and elsewhere, gender reassignment with psychotherapy, hormones and surgery is officially seen as a treatment based on medical need rather than personal choice.

But medicine and law have done so much to bolster the politics of transgenderism that their advocates now feel sufficiently emboldened to disassociate their discourse from the sphere of medicalisation. As the World Professional Association for Transgender Health puts it, trans identity is ‘a common and culturally diverse human phenomenon that should not be judged as inherently pathological or negative’. One of the most significant conclusions reached by last week’s House of Commons report was its acceptance that the ‘medicalised approach regarding mental-health diagnosis pathologises trans identities’ and ‘is now dated’.

The House of Commons committee advocates a new system for recognising changed gender ‘in place of the present medicalised, quasi-judicial application process’. The new process must be ‘in line with the principles of gender self-declaration’ which is ‘centred on the wishes of the individual applicant, rather than on intensive analysis by doctors and lawyers’. In other words, ‘I want to change my gender’ must, according to the House of Commons committee, be the guiding principle around which state services should now be organised.

But if a person can ‘self-declare’ an identity as a trans man or trans woman, why shouldn’t he also self-declare as something else? This diversity-of-identities approach commends itself to the House of Commons committee, which refers to ‘a wide diversity of [gender] forms’ because ‘trans identity can be “non-binary” in character, located at a (fixed or variable) point along a continuum between male and female: or “non-gendered”, ie, involving identification as neither male nor female’. In other words, not only is the committee advocating that the state should facilitate transitions from one gender to another, but also that it should accept a ‘non-binary’ approach to gender. This is identity politics writ large.

Identity politics as a justification for transgenderism is fraught with difficulty for its adherents, because in the absence of a medical need for treatment the public is entitled to ask, ‘Why?’. Why should the state help a person who has chosen to transition from one sex to another? Why should passports and other documents cease to disclose the holder’s sex merely because a person has chosen to be on a ‘continuum between male and female’? Why should Britain become ‘a post-gender utopia’, as the trans woman Paris Lees put it when noting with surprise that it might be ‘a Tory government that smashed the gender binary’.

Indeed, the public might have expected the House of Commons committee to raise a few critical questions about the new discourse of self-declared transgenderism. But the committee endorsed the politics of gender identity by noting that ‘increasing numbers of trans people do identify as non-binary or non-gendered and many of our recommendations will address some of the problems faced by people with these identities’. Not only did the committee endorse identity politics but it urged the government to do so on the grounds that ‘there is a need for government policy to address their specific needs’. Which is why Paris Lees could argue that the Tory government might smash the ‘gender binary’ and ‘make Britain a post-gender utopia’.

With medical need falling out of favour and personal choice being an insubstantial basis to support transgenderism, the discourse is being kept alive by the law. The legal copper-plating of transgenderism has its genesis in the supra-national courts based in Luxembourg and Strasbourg. In 1996, the European Court of Justice found that European Union laws intended to give equal rights to women also applied to trans men and trans women (P v S and Cornwall CC). And since 2002, when the European Court of Human Rights established a legal right of transgenderism, it has been increasingly active in facilitating the exercise of that right. Many states have traditionally required a person to be sterilised before transitioning to the opposite sex. But last year the European Court of Human Rights found such a pre-condition to be unlawful as it was an unreasonable fetter in pursuit of what it saw as the human right ‘to define one’s gender identity’ (YY v Turkey). This is trans-identity politics backed by force of law.

The pincer movement from Luxembourg and Strasbourg over the past 20 years has done much to ensure that trans-identity politics is given legal recognition in the UK. The process was completed with the Equality Act 2010 that saw ‘gender reassignment’ become a ‘protected characteristic’, namely a characteristic protected by law. The Equality Act means that NHS hospitals and other public and private service providers have to walk a tightrope if they are to stay within the law when declining medical treatments or other services to those who want to transition. No doubt many will decide that it is cheaper and easier to provide the service or treatment rather than risk a legal challenge.

The significance of legal backing for a political standpoint should never be underestimated. This is particularly so when that standpoint is justified in the name of ‘equality’ and with outlawing ‘discrimination’. Those who question such a law are liable to be branded as prejudiced, narrow-minded and even as suffering from a phobia. As the House of Commons report put it, ‘the NHS is letting down trans people: it is failing in its legal duty under the Equality Act’, because ‘some clinicians and other staff… are prejudiced’. The NHS, claims the report, ‘is failing to ensure zero tolerance of transphobic behaviour’.

Indeed, the House of Commons committee tends to see every voice that is critical of transgenderism as suffering from transphobia, prejudice and misunderstanding. But it is not transphobia that causes people to criticise the medicalisation of transgenderism. Neither is it prejudice that causes people to decry the legal backing for trans-identity politics. It is only those – like the House of Commons Women and Equalities Committee – who fail to ask moral and political questions about transgenderism who are misunderstanding.

The constitutional lawyer and thinker of the nineteenth century, AV Dicey, famously said, in defence of parliamentary sovereignty, that ‘parliament can do anything, except make a man into a woman’. Nowadays, parliament can even make a man into a woman. But it’s come not as an exercise in parliamentary sovereignty but as an exercise in parliamentary impotence: the House of Commons Women and Equalities Committee has outsourced its power to the trans community by allowing ‘I want and therefore must have’ to be the guiding principle of the state’s policy towards transgenderism.