Giving it the same status as marriage is a grave mistake. 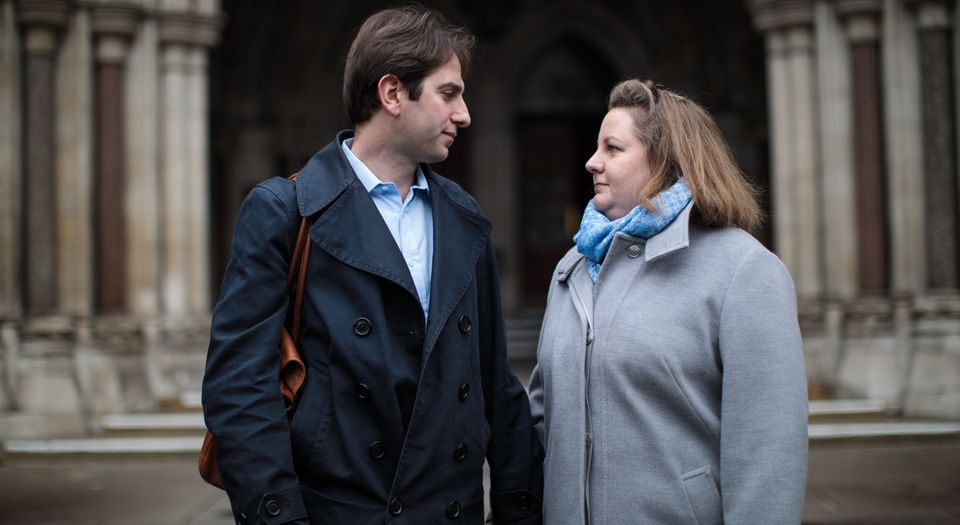 The Supreme Court ruled last week on an issue that pitted individual rights against collective interests. Arguing for more individual rights were two claimants, Charles Keidan and Rebecca Steinfeld, who wanted to enter a civil partnership, an institution not open to heterosexual couples. The claimants’ arguments were rooted in their wants. They did not want to get married. They argued that the right to enter a civil partnership should be extended to them because it would ‘perfectly capture the essence of our relationship’.

Standing in the claimants’ way was marriage, an institution that has stood the test of time and remains popular. Marriage has evolved over centuries to represent the state’s acquired wisdom on family life and social stability. It exists as an institution without competitors because there can only be one best unit of family life – its status is unique. The state, and before it the church, has for centuries supported marriage. While individuals could hitherto seek other forms of relationships they could not expect the state to back them in doing so.

The government ought to have had an easy task in opposing this legal claim. At the outset it could have pointed out that the claimants’ individual rights were adequately protected by their right not to marry. Those who don’t like marriage can cohabit, live as singletons or set up their own commune. In fact, within reason, they can do whatever takes their fancy – so long as they do not expect the sort of state support that is reserved for marriage. Next, the government could have defended the institution of marriage. It would not have been difficult. Marriage is an institution that has endured for centuries, is popular with millions and is widely seen as the bedrock of family life and social stability. If the government had defended the uniqueness of marriage, then this case should have ended in a resounding victory.

Sadly not. The government waved a white flag. Instead of arguing against straight civil partnership, the government simply said we must ‘wait for a time until further hard evidence was available to enable it to take a considered view as to what to do’. The Supreme Court called this ‘an attitude of some insouciance’. In other words, it was pathetic indifference. Unsurprisingly, the Supreme Court concluded unanimously that the government’s failure to state a position – other than to ask ‘for the indulgence of time’ – was so devoid of legal merit that it ruled in favour of Keidan and Steinfeld.

As a result, the uniqueness of marriage is now likely to end and the state will in the near future back two forms of heterosexual institution: marriage and civil partnership. Indeed, on the eve of the Supreme Court hearing, a government report leaked to the Guardian suggested that the government’s intention was to do just that. Clearly, its meagre defence was intentional. Unpopular legislation is easier to push through when it has been green-lit by the Supreme Court.

The claimants’ arguments against marriage did not stack up. They told the Supreme Court they had ‘a conscientious objection to marriage’, thus putting their campaign on a par with pacifism. But since they were not going to be shot at dawn for refusing to exchange marriage vows this high moral tone was somewhat misplaced. When pushed on specifics, the claimants resorted to history. The Court of Appeal noted that the claimants had ‘deep-rooted and genuine ideological objections to marriage based upon what they consider to be its historically patriarchal nature’.

The claim that marriage is patriarchal is hogwash. Over the last few decades, marriage has not been patriarchal. As sex equality slowly became a social fact throughout the 20th century, marriage adapted. In 1971, divorce became easier. In 1973, asset division after divorce began to recognise domestic contributions. And in 2000, the House of Lords famously held that ‘there is no place for discrimination between husband and wife and their respective roles’. Those who oppose marriage today because it was patriarchal in the past might as well oppose surgery today because it was a form of butchery in the past.

The ideological rejection of marriage has nothing to do with patriarchy. It is about rejecting one institution, marriage, that comes with certain responsibilities, in favour of another one, civil partnership, that requires almost nothing of its participants. Whereas marriage requires the exchange of vows, in order to create mutual and lifelong commitments, civil partnership does not. Indeed a civil partnership can be sealed in complete silence. All that is required is the signing of a register.

Love and commitment aren’t requirements of civil partnership, either. It is a little appreciated fact, save among tax advisers, that almost any two adults of the same sex can currently become civil partners. Across the UK, relatives such as cousins, mere friends, or even strangers can in principle become civil partners so long as the relationship is one of man and man or woman and woman. So when Keidan and Steinfeld claim that civil partnership reflects ‘our values’ they are making a statement about their rejection of anything meaningful. They seek a pallid institution with the legal force of a contract and the emotional content of a block of ice.

The claimants told the Guardian that civil partnership ‘would give us greater legal rights and responsibilities without the social expectations, pressures and traditions surrounding marriage’. In fact, civil partnership for straights will create few, if any, responsibilities. But it will give its participants greater legal rights without social expectations. Indeed the civil partnership the claimants are hoping for will be little more than a vehicle for financial perks. The Court of Appeal made this clear when it bluntly noted the couple’s desire for ‘the financial benefits of marriage and civil partnership, for example the rights of inheritance and relief from inheritance tax on death’. In a recent interview, Steinfeld, who has two children with Keidan, said: ‘If we were to separate or to die we would not have access to one another’s pensions and would be subject to inheritance tax immediately.’

The answer to the claimants’ concerns is marriage. They should have either got hitched or left it. That should have been the end of it. But nowadays we have a political class that cannot grasp the importance of collective interests, and which dances to the drumbeat of me, me, me. Having surrendered before the Supreme Court, the government will almost certainly now legislate to enable Keidan and Steinfeld to enter a civil partnership. The government will create an institution that expects almost nothing from the participants while offering considerable financial benefits. Marriage is a social institution that promotes family life and social stability. Civil partnership for heterosexuals would be an individualistic institution meeting the wants only of individuals. The state should back marriage. Keidan and Steinfeld are free either to take it or to leave it.

He is speaking at The Academy on Sunday 22 July at the session ‘Immigrant v citizen: is freedom of movement a human right?’.