One giant leap for our self-understanding 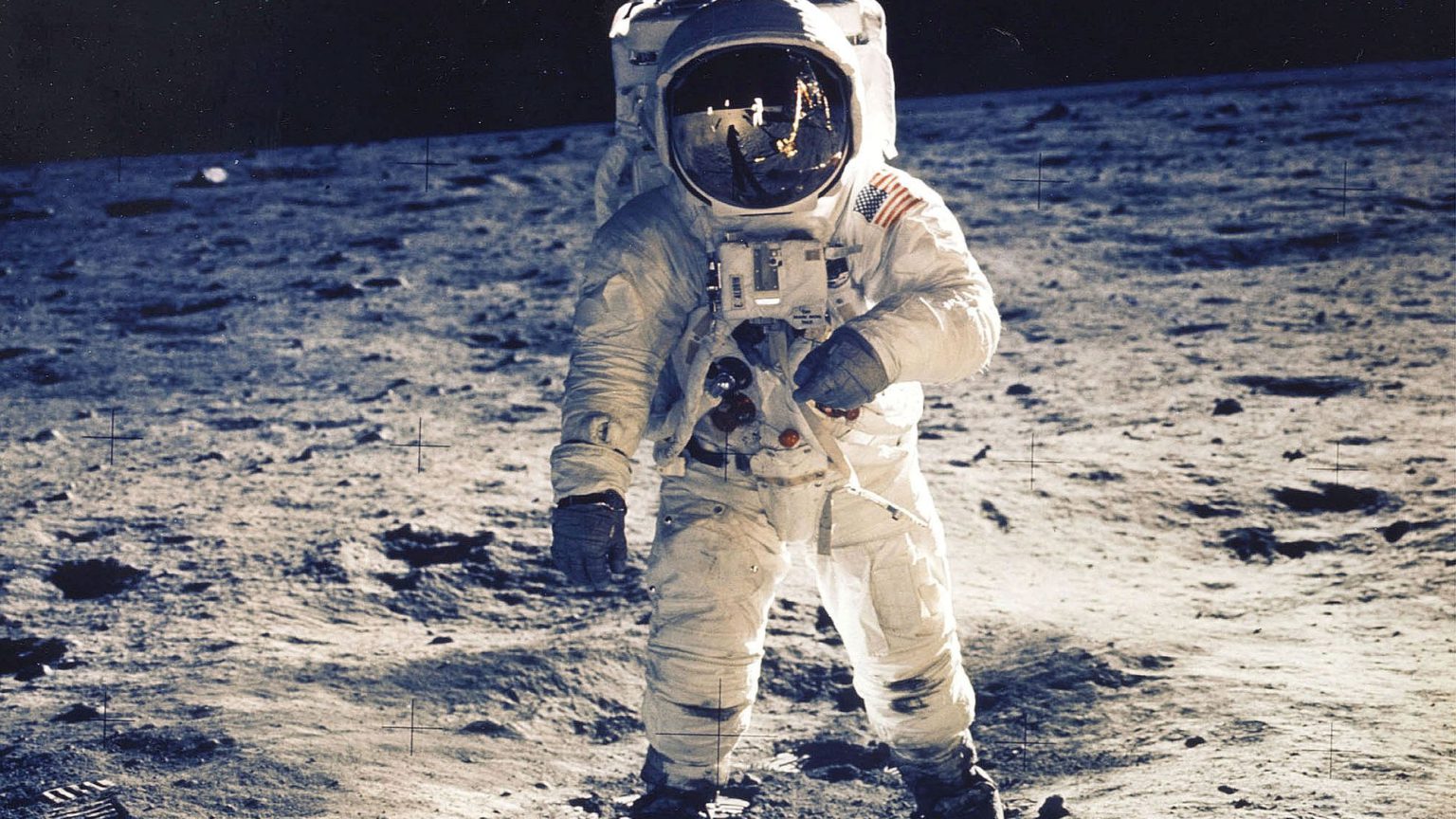 Since the beginning of time, man has wondered about the Moon. The ancient Greeks believed it was a horse-drawn chariot wrenched across the night sky by the goddess Selene to provide light where there was only darkness. Some Nepalese cultures taught that the Moon is the resting place for our forgotten ancestors, a celestial destination for all who came before. And some Pagans still contest that the Moon is a midwife of life itself, making women more likely to conceive when this winking space rock is in full bloom.

The symbolism of Earth’s nearest neighbour was not lost on John F Kennedy. On 12 September 1962, on a sweltering day baked in the Texan sun, the young president announced to the 40,000 attendees on the bleachers at Rice University, and to the world, that the US would send a man to the Moon and return him safely to Earth before the decade was out. The scale of JFK’s ambition was unprecedented. He was committing the US to an ‘untried mission to an unknown celestial body’ 240,000 miles away, claiming that re-entry to the Earth’s atmosphere would require speeds of over ‘25,000 miles per hour, causing heat about half that of the temperature of the Sun’. However, he declared that this valiant endeavour, which would push mankind to the edge of human experience, would be worthwhile, as it would allow us to achieve ‘new hopes for knowledge and peace’.

And so it came to pass that this extraordinary declaration fired the starting pistol for the greatest rivalry in all of human history, the race between the great Cold War superpowers of the US and the Soviet Union for the ultimate accolade – the first spacefaring nation to land a man on the Moon.

On 20 July 1969, after seven years of stomach-churning drills – including a death-defying, failed docking mission in low orbit and zero-gravity training in NASA’s contraption nicknamed the ‘Vomit Comet’ – commander Neil Armstrong became the first man to step on to a different world. And yet, as he opened the capsule door on to the Sea of Tranquility and climbed out of the hatch of history, he didn’t find Greek gods or Nepalese spirits or Pagan fertility symbols. What he found instead was a dusty, pockmarked wasteland basking in the pale Earthlight; an untouched sanctuary of four-and-a-half-billion years of geological history; an ancient shrine that may hold the key to the origins of the universe. ‘Magnificent desolation’, as his co-astronaut Buzz Aldrin said.

It’s been 50 years since that fateful voyage and from the vantage point of history, can we say that Kennedy’s dream was realised? Did the Moon landing lead to a more peaceful and knowledgeable world?

‘The Moon landing was a race up until the last minute’, Mark Yates, physicist and space lecturer, tells me. ‘The Soviets launched a rocket called Luna 15 to try to scoop up a couple of grams of soil from the Moon on the same day to beat the Americans. It failed, ironically crashing into the aptly named Sea of Crises.’

‘However, the Apollo missions were all about peace’, he explains. ‘Although the Moon landing, Apollo 11, took place in 1969, Apollo didn’t finish until the Apollo-Soyuz Test Project in 1975’, an aerospace détente that brought together the two sides of the Iron Curtain. ‘It was designed to end Apollo but to end it with a handshake in space with the Russians.’ What began as a race ended as a partnership.

Yes, the Stars and Stripes flew on the Moon, but the plaque they left behind read: ‘We came in peace for all mankind.’ ‘I think that summarises it very nicely’, Yates says. ‘It was for all nations.’

And the knowledge we gained from the Apollo missions was astronomical. The first digital computers, the first silicon chips that today power our toasters and smartphones and cars, our understanding of how ours and other solar systems are formed. Even the Chinese buggy that has been roving the far side of the Moon since January. All this is part of the legacy of the advances made during the Space Race.

And yet, there was something else that those first space pioneers discovered out in space, something more profound. Not only did those early days pave the path for a more peaceful and enlightened world, but through those first images of the Earth suspended in the silent darkness, we discovered deeper truths about ourselves.

‘I think a lot of people credit Apollo with helping kickstart the whole environmental movement’, says Yates. ‘We went to the Moon, but actually, we ended up looking back at the Earth and realising what a precious commodity it is and what a special and rather unique place we’re fortunate to live in.’

‘Seeing the Earth from space’, says Richard Phillips, founder of Apollo Talks, an organisation that inspires schoolchildren through the history of the Apollo missions, ‘made us truly understand the beauty and fragility of our world. It taught us the humbling truth that our earthly home is nothing more than a “mote of dust suspended in a sunbeam”, to quote Carl Sagan’s words.’

The astronauts flew a quarter-of-a-million miles only to find that their most profound achievement was to turn the cameras on us.

So what next for space? A lunar orbiter to shuttle astronauts between the Earth and the Moon? A Mars cycler that will travel in rotation between the Earth and the Red Planet? Mining Helium-3 on the Moon’s surface to supply all our energy needs? Space tourism? All these things are in the offing. What we know for certain is that not only did the Moon landing 50 years ago change our understanding of the solar system, but it also changed the way we see ourselves. It wasn’t just one small step for America, it was one giant leap for mankind.

Paul Ratner is a journalist and author. Visit his website here.