George Osborne is perfect for the IMF

Our useless, pro-austerity former chancellor is an ideal fit for this nefarious institution. 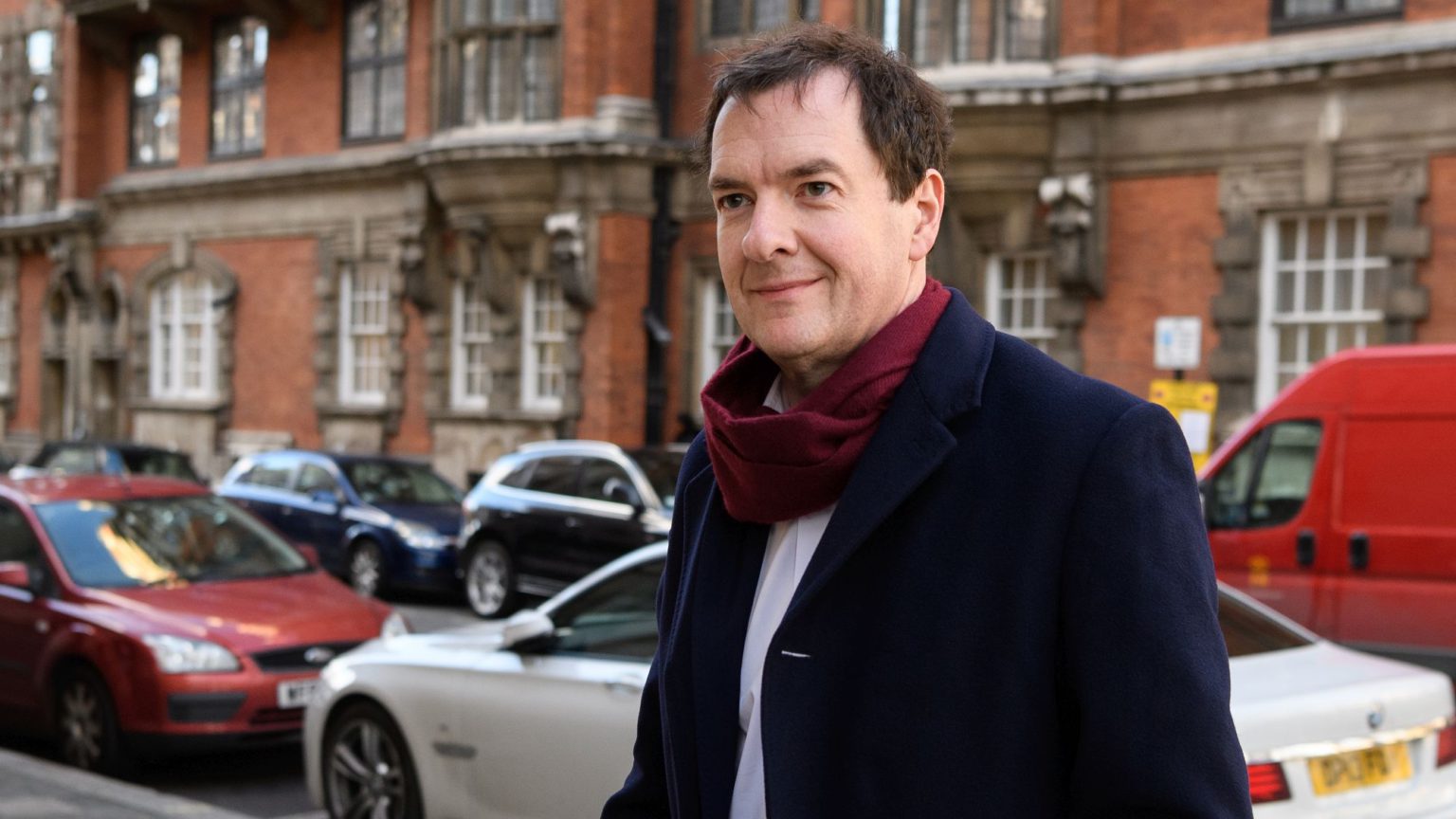 The UK’s former chancellor, George Osborne, is clearly not satisfied with the nine jobs he currently has. When he isn’t editing the London Evening Standard, he moonlights as an adviser to investment funds, venture capitalists, think-tanks and more. Now the architect of austerity has thrown his hat into the ring to lead the International Monetary Fund (IMF), following the surprise appointment of outgoing head Christine Lagarde as president of the European Central Bank (ECB).

Many are asking what exactly qualifies the former chancellor for the top job at one of the world’s most powerful international institutions. Labour leader Jeremy Corbyn has branded Osborne’s candidacy ‘dangerous’. David Blanchflower, a former member of the Bank of England’s monetary policy committee, incredulous at the prospect of an Osborne-led IMF, described Osborne as ‘the worst chancellor in 300 years’.

Certainly, he was a useless chancellor. In the wake of the financial crash, he championed austerity measures in order to reduce the UK’s ballooning budget deficit and public debt. But the effect of these measures was to depress an already stagnant economy. Public services were starved of funds, while public-sector workers endured pay freezes and cuts. Perversely, this did nothing actually to reduce state spending as a proportion of GDP. In the end, Osborne presided over the slowest economic recovery in Britain since the South Sea Bubble of 1720.

Worse still, his zombie economy had to be propped up by the Bank of England, which kept interest rates low and pumped hundreds of billions of pounds back into the economy via quantitative easing (QE). QE is the process whereby central banks purchase financial assets to inject liquidity into the economy. The value of these assets, which include stocks and property, is then inflated as a consequence. Good news for the people who own these assets; bad news for the rest of us. The result was an enormous upward transfer of wealth – a kind of reverse Robin Hood.

None of these failures, however, disqualifies Osborne from a job at the IMF. The IMF is also a major advocate and enforcer of failed austerity policies. Yes, some of its economists have gone lukewarm on the idea, suggesting that it hurts economic growth. At one point, the IMF even urged Osborne to ease his cuts.

But in practice, the IMF has stuck to austerity. During the Euro crisis, harsh austerity measures were inflicted on Greece by the EU and the IMF in exchange for bailout loans. IMF chief Christine Lagarde backed these measures publicly. But according to the former Greek finance minister, Yanis Varoufakis, she acknowledged in private that austerity would not work. Nevertheless, Greece will have to adhere to the policy until at least 2022, and its loans are not expected to be paid off until 2070.

Whatever the IMF’s economists say, the fund is institutionally pro-austerity. When it lends money to troubled countries, the medicine it prescribes is always contractionary. Twenty years before it recommended harsh cuts to public spending to deal with the Eurozone crisis, there was the Asian financial crisis, or the ‘Asian contagion’. As Asian economies went into meltdown, the IMF recommended a different kind of austerity, urging a tightening of monetary policy. Interest rates were hiked to crippling levels under IMF orders. The crisis has since been dubbed the ‘IMF crisis’ by some economists, who say the IMF only deepened economic problems.

Osborne’s austerity politics and economic illiteracy would certainly be an ideal fit at the IMF. Perhaps the only black mark on his name, as far as the IMF is concerned, is that he doesn’t have any criminal convictions. Christine Lagarde, the outgoing head, was convicted several years ago for negligence with public funds in a major fraud case while she was France’s finance minister. Meanwhile, Rodrigo Rato, who served as IMF chief from 2004 to 2007, is currently in prison in Spain for embezzlement. Not to mention the string of sexual-assault accusations against Dominique Strauss-Khan, who led the fund from 2007 to 2011.

Clearly, the IMF has been allowed to run amok for far too long. We need and deserve economic institutions which are properly accountable to the public and which serve our economic interests – both at home and internationally. We cannot expect that from the IMF, whoever is chosen as its next leader.