Richard Johnson on the folly of Labour’s Brexit position and the history of left Euroscepticism. 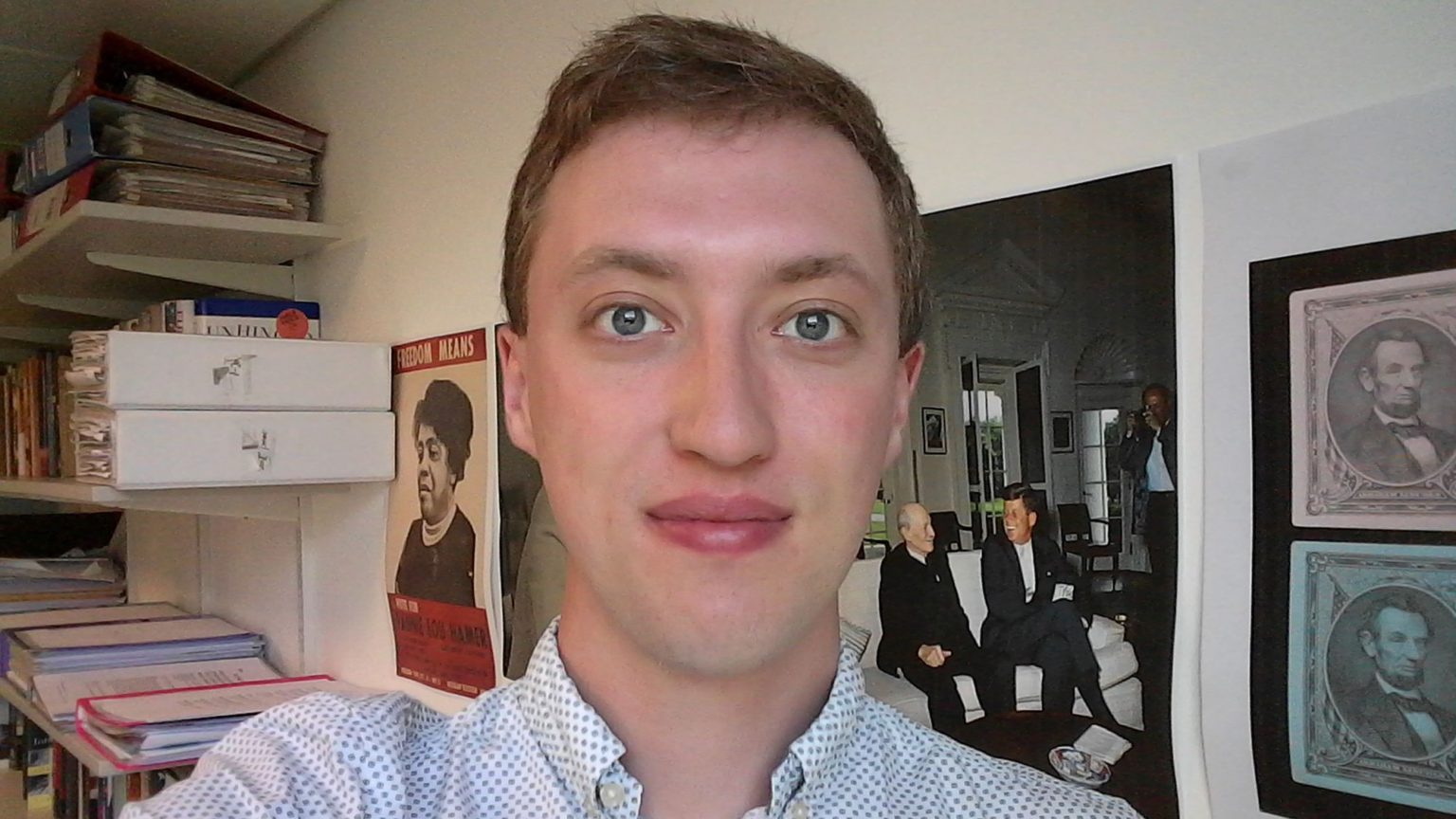 Following Labour’s disastrous performance in the EU elections, coming third behind the Liberal Democrats with just 13.6 per cent of the vote, the party’s leadership has come under intense pressure from senior Labour figures and its membership to take a more explicitly pro-Remain stance. Clearly, Labour’s ‘constructive ambiguity’ on Brexit has cost it support from both sides of the Brexit debate. But aside from the moral implications of campaigning to overturn a democratic vote, what would be the practical consequences for Labour in a future General Election? spiked spoke to Richard Johnson, historian of the Labour Party, to find out.

spiked: What are the dangers for Labour in embracing a more Remain position or a second referendum?

Richard Johnson: Labour has been facing a huge dilemma since the referendum in 2016. The Labour membership is ardently pro-EU. But you have a Labour electorate in the country which is much more divided.

The electoral reality is that the Remain vote is quite poorly distributed across the country. It is highly concentrated in a small number of seats. If you imagine the 2005 or 2010 elections, where the Lib Dems got over 20 per cent of the vote but won fewer than 60 seats out of 650, it’s the same kind of distribution we’re talking about for ardent Remainers. They are not a small number of people, but where they live doesn’t translate into a large number of seats in the country.

The vast majority of parliamentary constituencies – indeed, the majority of Labour-held parliamentary constituencies – voted Leave. Some political scientists make a distinction between Leave voters and Labour voters and, of course, the Labour electorate doesn’t translate exactly into the Leave electorate. But it is nonetheless true that Labour is competing to keep hold of voters in areas where most people voted Leave. Not only that, it is also trying to win seats in a context where the vast majority of key marginal seats in England and Wales – the difference between a Labour government and a Conservative government – voted Leave. If Labour is not competitive in those seats then it has no hope of forming a government – potentially not even a minority government.

Of the seats that the Conservatives won in 2017 by fairly small margins – margins of 3,000 votes or less – around 80 per cent of them are Leave seats. I have one of those seats near where I live in Lancaster: Morecambe has a majority of just over 1,000 and voted heavily to leave the EU. Jeremy Corbyn was there a few months ago, which shows that some in Labour recognise the importance of seats like this. Nearby there is Blackpool, a marginal seat and very heavily Leave-voting area.

There has been a lot of fuss recently over the Greens winning Bristol in the EU elections. But take Thangan Debbonaire’s constituency, Bristol West. She has a Labour majority of 37,000. Even if she lost half of that to the Green Party, that seat is still secure. Whereas there are a lot of seats like Gloria De Piero’s in Ashfield, where she has a majority of just 441. Those constituencies are much more on a knife edge. So if Labour takes an ardently pro-Remain position, it will likely hold on to its seats with sizeable majorities like Bristol West, but it’s not going to be able to hold on to the many more Leave-voting seats in the Midlands, the North and in Wales.

spiked: What happened to left Euroscepticism?

We have this idea today that Euroscepticism was only ever the preserve of the far left or the Bennite wing of the Labour Party. But figures from all across the party, including Labour leaders of all stripes, were largely Eurosceptic. Clement Atlee, until his death in the 1960s, was strongly against Britain joining the Common Market. Hugh Gaitskell, a figure on the party right, was strongly against. Harold Wilson was more ambivalent. James Callaghan was quite opposed. He campaigned to stay in the Common Market in the 1975 referendum but this was more out of loyalty to Wilson than anything else. Michael Foot, of course, was a Eurosceptic. Basically, every Labour leader, until Neil Kinnock, was either avowedly anti-EU or had serious reservations about it.

I think that the tradition of Labour Euroscepticism and left Euroscepticism didn’t go away in the Labour heartlands. The Labour membership and Labour MPs might have forgotten about it, but working-class voters – both white and non-white (especially from Commonwealth countries) – have not abandoned that tradition. And so there is this huge disconnect between what Labour MPs and party members think and what core Labour constituencies think.

spiked: What do you make of Jeremy Corbyn’s ‘constructive ambiguity’ on Brexit?

Johnson: Corbyn has had to navigate a very fine line, which has now become impossible. I think if you listen to the language he has used since the 2016 referendum, he has never at any point said we need to overturn the Leave vote. Even now he says that we have to respect the result. But he has come under enormous pressure, first from MPs from other wings of the party, who weaponised this issue for factional reasons, but then by Labour members and now even MPs in his own wing of the party. They have basically told him that his continued leadership of the party requires him to support a second referendum. He has tried his best to contort things in a way so that he can avoid that.

Part of the problem is that the Corbyn position was always a sleight of hand. He tried to maintain what I think is his own personal view, that we should leave the EU and respect the referendum. At the same time, he was always going to oppose any deal that Theresa May put on the table for party political reasons. He could then say to the pro-Remain membership that Labour is going to vote this down while telling the electorate that Labour is in favour of Brexit. That strategy worked until it became clear that Theresa May couldn’t get her deal through without Labour votes. And so in some ways, May has dragged Corbyn down with her.

spiked: Are you fighting a losing battle within Labour?

Johnson: Possibly. I did have this hope – and I felt it in the 2017 election – that if we got out of the EU, that the debate between Remain or Leave within the Labour Party would be redundant. And then the debate would be about building a post-Brexit political economy. Masses of public policy that are currently transferred up to the EU and hamstrung by EU membership, like immigration, state aid and nationalisation, could be put up to a national democratic debate in Britain. There is always a risk that the country doesn’t go for that and people vote for a Conservative government that does the opposite. But that is what it means to live in a democracy. I felt that back in 2017, we were starting to get on to that discussion. But we’ve since been dragged back into a war of political identities.

spiked: What do you make of the Brexit Party?

Johnson: The Brexit Party is the inevitable consequence of not implementing the referendum result. I wrote a piece a few weeks after the referendum in 2016 saying that the Brexit vote was a unique opportunity for the two main parties to recalibrate trust in British politics. A lot of people had been cynical about politics for a long time and felt that they had been trying to tell politicians what they wanted to no avail. Particularly when it came to immigration, politicians, partly because of the legal structures that we’re in, were unable to deliver the promises they made. And in 2016, there was almost a collective sigh of relief – people felt that they’d had their say and now politicians had to listen.

For the first 12 months or so, the two main parties also felt they had to listen. But as more and more voices and politicians started to say, ‘Actually we don’t have to listen, because we know better’, or ‘We can just wait for the electorate to die off and we’ll get our way in the end’, that restored the cynicism that people had in politics. And that has resulted in the two main parties going from winning over 80 per cent of the vote in 2017 – the highest share they’ve had since we joined the Common Market – to barely scraping a quarter of the vote combined in the EU elections this year.

The Brexit Party is how many people are expressing their profound cynicism and distrust in the main parties. With the two main parties taking what I think is an extremist position in refusing to honour a democratic vote, it’s no wonder people are looking for alternatives.