Why I’m campaigning for the Brexit Party

I spent a Saturday drumming up support for the Brexit Party, and it was an eye-opener. 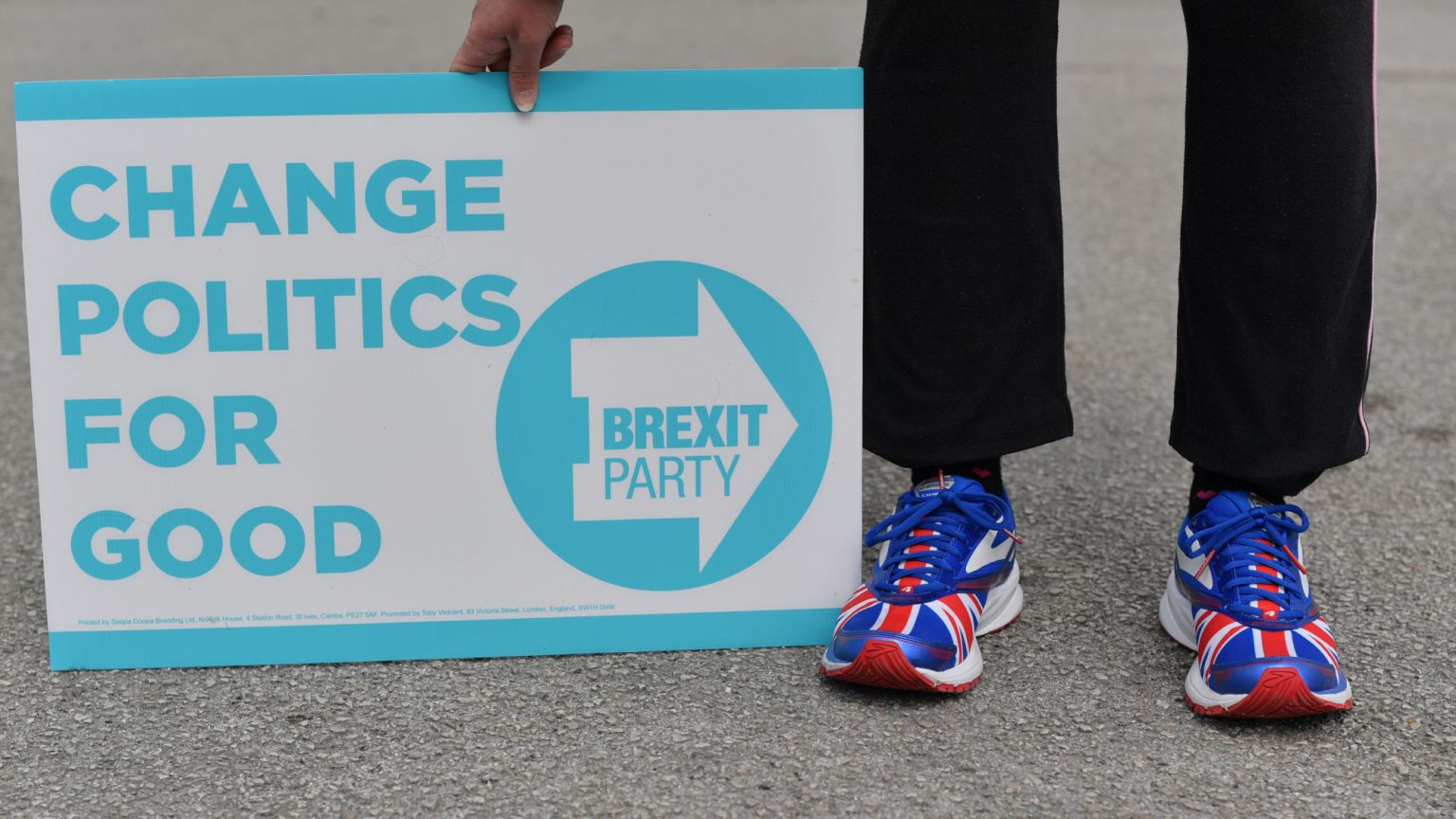 Just six months ago I would have laughed out loud if someone had suggested I’d be spending a Saturday standing on Ashford High Street giving out leaflets featuring a grinning Nigel Farage. Yet after three years of Europhile MPs squabbling over the best way to abandon Brexit, there I was. As we have discussed before on spiked, a vote for the Brexit Party in the EU elections on Thursday is vital, not just as a reminder that we still want to leave the EU, but as a defence of democracy itself.

With the Conservative Party haemorrhaging support so badly it should carry a Do Not Resuscitate sign, and Corbyn’s confused clique attracting an ever-more select following, some political dinosaurs find it inconceivable that over 100,000 people have signed up as supporters of the Brexit Party. They conclude that those who donate money, attend rallies and engage in campaigning must be driven by some malign motive.

There were eight of us out campaigning for the Brexit Party in Ashford on Saturday, at the same time as other groups were out doing the same in towns and cities up and down the country. Over coffee, we inevitably ended up discussing what had brought us to this point. A couple had previously been loyal Conservative Party members. One woman actually voted to remain in the 2016 referendum and had since changed her mind. Others had flirted with various mainstream parties over the course of the past few years and found themselves ‘politically homeless’ before signing up to the Brexit Party.

It was not Brexit itself so much as the failure of the prime minister to get the UK out of the EU, and the spectacle of MPs saying and doing anything to backtrack on the referendum result, that had galvanised people into action. People were campaigning for the Brexit Party because they wanted to defend democracy.

Very similar sentiments were expressed by passers-by who stopped to take a leaflet: this was about democracy – making sure that their vote actually counted for something. Not one single person I spoke to mentioned immigration. No one told me they were either out campaigning or planning to vote for the Brexit Party because they were wanted to stop people coming to live in the UK. It simply wasn’t an issue. Neither has it been a feature of the many speeches made by Brexit Party candidates over the past few weeks. So I was surprised to see Jeremy Corbyn, interviewed by the BBC’s Andrew Marr on Sunday morning, declare that Nigel Farage had spent the entire EU election campaign ‘attacking immigrants’. It seems it is easier for Corbyn to conjure an imaginary demon than to engage with what is really motivating people.

Of course, not everyone I spoke to was positive about the Brexit Party. Some who voted remain in 2016 planned to use the EU elections to send a message to the two main parties that they wanted a second referendum or, more honestly, for Brexit to be stopped altogether. There were those who told me they could never vote for a party associated with Farage – although, on a final tally, they were pretty evenly matched by people who announced their undying love for him.

Again, what was interesting is what was not said. Not one person asked me how the Brexit Party is funded, or whether Arron Banks had bought Farage a house and car, or whether the party’s PayPal account takes donations in foreign currency. Gordon Brown might allege that the Brexit Party has taken ‘dirty money’, probably from The Russians (natch!), but most people, it seems, see through these blatant smears. The more politicians and the media accuse the aspiring Brexit Party MEPs and their supporters of being far right, or far left, or financially dodgy, or racist, or obsessed with immigration, the more people either tune out or become suspicious of the motives of those so desperate to dish dirt rather than talk democracy.

It is hardly surprising, then, that many of the people I spoke to on Saturday were angry. They were angry that, three years on, Brexit still has not happened. They were angry at having been repeatedly lied to by MPs they had elected in good faith. They were angry that their vote seemed to count for so little. For too many, this anger has morphed into a general cynicism with politicians and elections. The biggest opposition I met came not from supporters of another party but from disillusionment with the political process. ‘I voted last time and it was a complete waste of time,’ I was told. ‘I’ll never vote again’, some said.

A vote for the Brexit Party on Thursday will do far more than simply send a message to the current crop of MPs. It will help kickstart a long overdue debate about the meaning and significance of democracy itself. For too long, people have been right to conclude that their vote counts for nothing. A resounding victory for the Brexit Party will be the best way to wake up our dormant democracy.