The fight for abortion rights is bigger than Alabama

Access to abortion is being restricted across the US – it’s time to fight back. 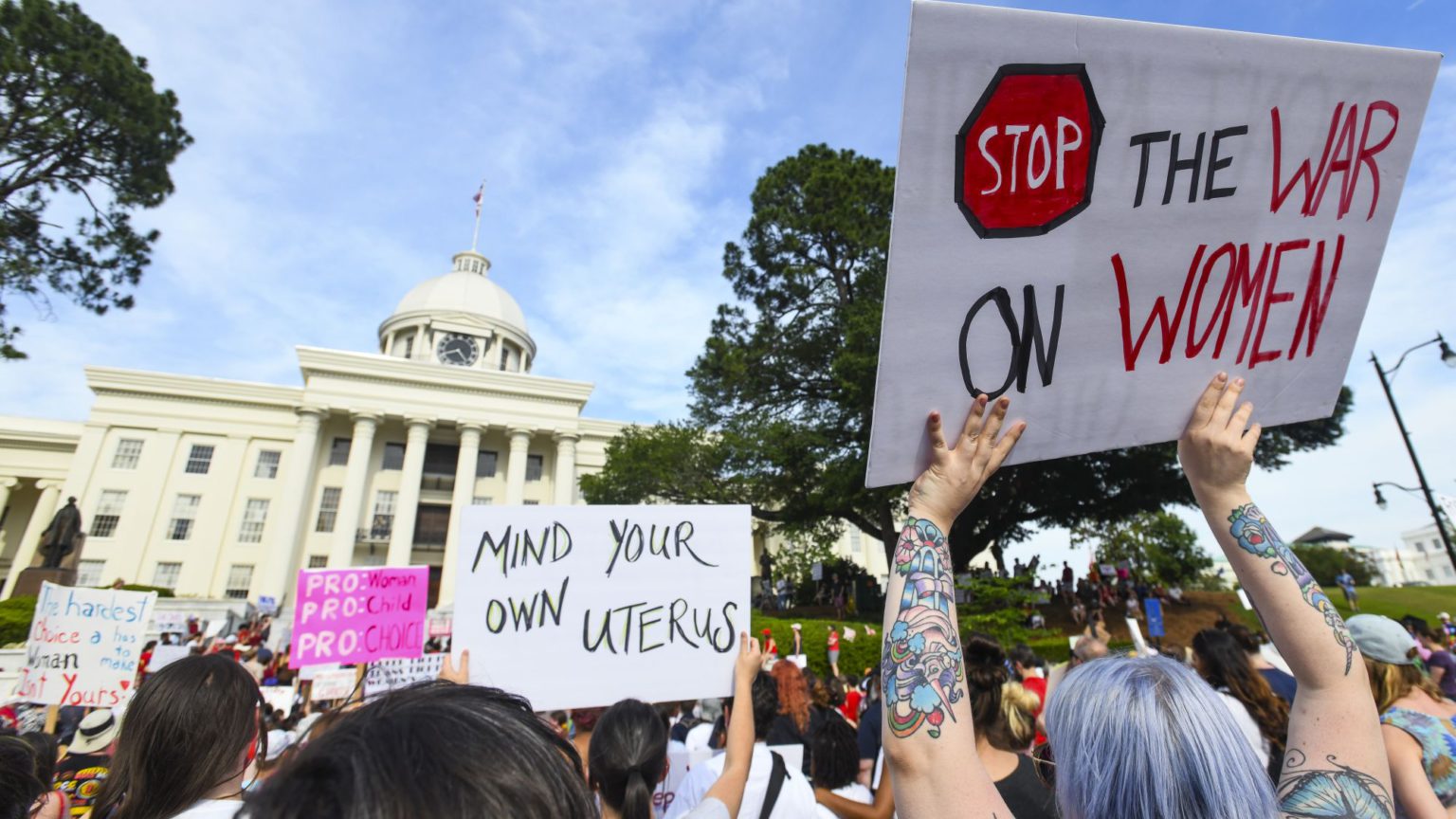 Pro-choice campaigners across the world have spoken out against Alabama’s new abortion bill, HB314, which reclassifies abortion as a class A felony. Even President Trump distanced himself slightly from the worst excesses of the bill – which outlaws abortion in all circumstances. ‘I am strongly pro-life, with the three exceptions – rape, incest and protecting the life of the mother’, he tweeted.

But it would be wrong to see Alabama as some kind of anomaly. HB314 is certainly among the most restrictive of Amerca’s anti-abortion laws – threatening imprisonment for up to 99 years for any doctor who performs an abortion. But in many states across America, to varying degrees, abortion is effectively banned already.

Thirty-three states and the District of Columbia only allow public funding for abortions in cases of rape, incest and life endangerment. South Dakota will only fund your abortion if you’re about to die. Twenty-seven states force women to wait more than 24 hours after counselling before accessing abortion services. This is in the hope that women seeking abortions will change their minds or give up. Utah, South Dakota, Oklahoma, North Carolina and Missouri make women wait three days for their heavily restricted services – in those states, that’s three days of being forced to think about whether you want to continue a pregnancy that resulted from rape or incest. Five states mandate that women are counselled on a non-existent link between breast cancer and abortion. The idea of such a link is based on a debunked study that was funded by a pro-life charity. Eight states still force women to go through counselling on how abortion will negatively affect their psychological health.

Alabama isn’t the only state that has passed bills to limit women’s access to abortion services. Two days after Alabama, Missouri senators passed their own house bill by 110 to 44 to outlaw abortion after just eight weeks – even in cases of rape and incest. In Georgia, Ohio, Kentucky and Mississippi, so-called ‘heartbeat bills’ have been successfully signed into law, meaning that abortion is outlawed as early as six weeks. At this stage, most women will not even know that they are pregnant. Heartbeat bills have also been attempted in Florida, Louisiana, Illinois, New York, South Carolina, Tennessee, West Virginia, Texas, Maryland and Minnesota.

In short, unless you live in Oregon, getting an abortion in America is tricky at best and impossible at worst. Over 57 per cent of American women live in a state that is hostile to abortion rights, and over 288 abortion restrictions have been enacted in the past eight years. This is despite the fact that research by the Guttmacher Institute in 2017 found that one in four American women will have an abortion by the time they reach 45. Even in states that have relatively lenient approaches to abortion, clinics can still be few and far between. What is more, there are thousands of fake clinics billed as ‘crisis pregnancy centres’ run by pro-life organisations. These ‘clinics’ look and sound like abortion clinics, but exist only to dissuade women from having abortions.

Most recent anti-abortion bills aren’t just geared towards restricting women’s rights – they are part of a concerted attempt by Republican lawmakers to bring down Roe v Wade, the 1973 Supreme Court ruling which allowed women to receive an abortion in the first trimester ‘free of interference from the state’. What Republican, pro-life politicians hope is that by challenging the federal law with multiple state-level bills, Roe v Wade will finally come tumbling down.

Clearly, this is a worrying prospect for American women, especially when lawmakers in multiple states are flexing their muscles and flaunting their willingness to block women from accessing any and all abortion services. But those of us who believe in women’s bodily autonomy should also be questioning Roe v Wade, a provision which never went far enough. Though based on a judgement about the importance of personal autonomy, the ruling simultaneously introduced restrictions on the number of weeks a woman can access an abortion – as if the moral and philosophical question of women’s freedom becomes nullified after a certain number of weeks of pregnancy.

More importantly, Roe v Wade leaves the question of women’s bodily autonomy in the hands of the Supreme Court, rather than the people. Various polls point to the fact that most Americans support Roe v Wade and accept that abortion is a necessary part of women’s lives. The majority of women who receive abortions are mothers already. Many of them are religious. Broadly speaking, the public holds progressive, pro-choice attitudes.

For too long, women’s wombs have been controlled by judges and lawmakers. American women can’t continue to allow their freedom and their futures to be dictated by a powerful few. Let’s fight, and win, a national campaign for access to abortion rights with no restrictions and no caveats on our freedom.