The caliphate is dead, but ISIS lives

The conditions that gave rise to the barbaric group still exist. 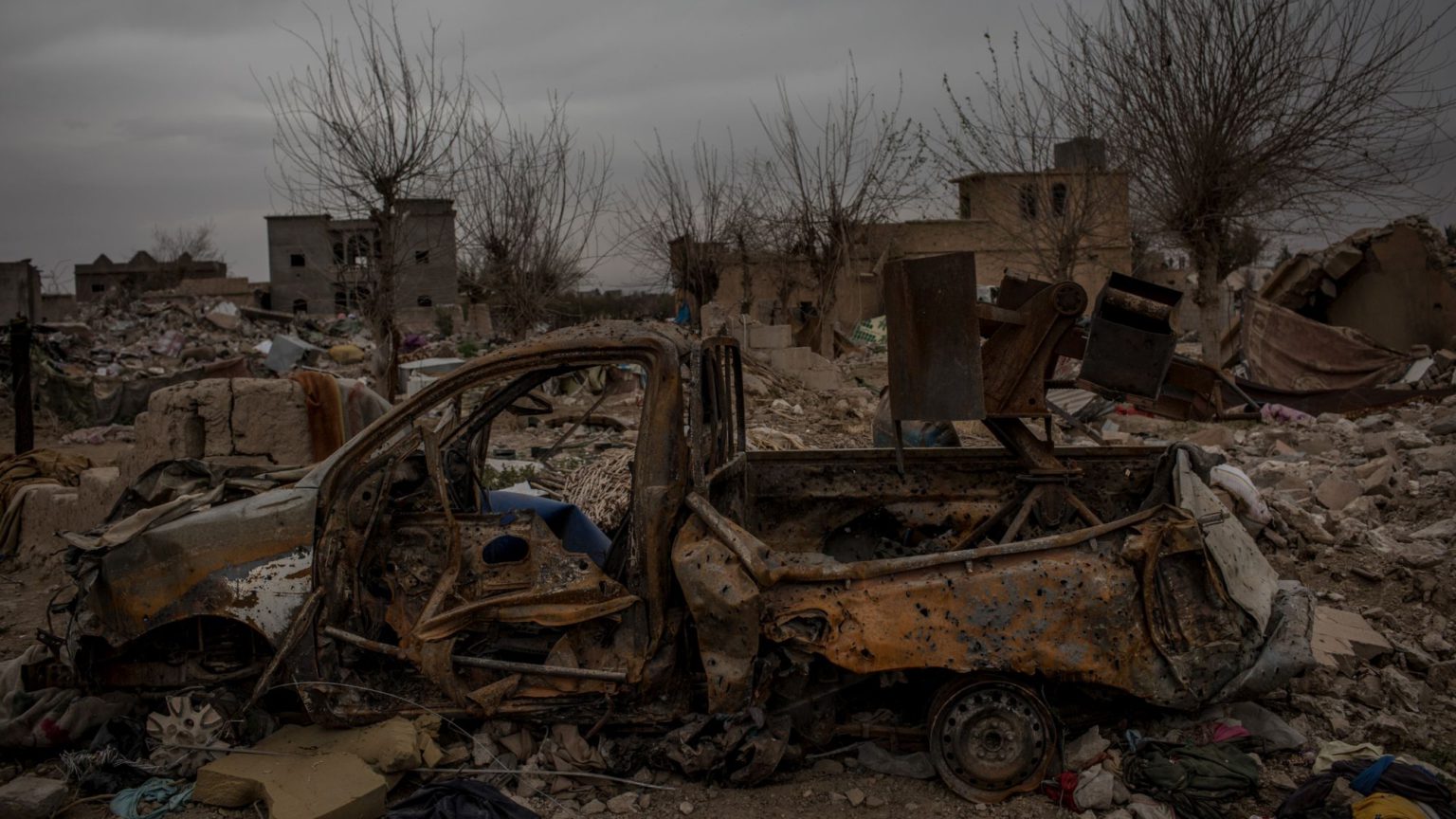 Within 48 hours of the announcement that ISIS’s last redoubt, Baghouz in eastern Syria, had fallen to the Syrian Democratic Forces, and, with it, the last bit of land of the so-called caliphate, ISIS struck back: three jihadists blew themselves up, killing members of Iraqi security forces, 40 kilometres from the Iraqi-Syrian border, near the village of Girzark.

It showed that while the defeat of ISIS is real, its threat, as a deterritorialised insurgency, persists. This should not be a surprise. And not just because ISIS members, like those of their countless rival Islamist terror franchises, continue to lurk with intent in villages and towns in Iraq, Syria and beyond. It is also because the conditions that fostered ISIS’s rise, and the problems and crises to which it was a terrifying, exploitative response, remain unresolved.

So while Iraq was freed of its portion of the caliphate over a year ago, it remains under the control of a dysfunctional, corrupt state, its quasi-legitimacy derived as much from the extensive network of Shia patronage and ‘jobs for boys’ it provides, as from the painfully inconclusive elections it holds – elections, it is worth noting, in which few Iraqis now vote. It means the Iraqi state, hand in hand with its Iranian backers, benefits a section of Iraq’s Shia majority while disenfranchising the Sunni minority. So a state-linked, often state-employed, section of Iraqi society, with assorted militias protecting its interests, enjoys the benefits of Iraq’s still substantial oil revenues, while vast swathes of largely Sunni Iraq subsist amid a failing infrastructure.

Even now, over 15 years since the US-led invasion devastated the nation, water and electricity supplies, especially in southern Iraq, can be intermittent. ISIS didn’t come from nowhere; it came from here, from a fractured post-Baathist, post-2003 Iraq. And there is every reason to think that the substantial, ethnically inflected grievances that gave it a foothold in local populations, can do so again.

In Syria, the picture is perhaps more concerning still. As several observers have pointed out, Idlib province, which is roughly the size of Wales, is now an unwitting refuge-cum-dumping-ground for jihidist groups, not to mention Syria’s hundreds of thousands of displaced peoples. Indeed, ISIS’s main jihadist competitor, Hayat Tahrir al-Sham, formerly known as Jabhat al-Nusra, still retains a considerable presence in Idlib. The final battle in the Syrian conflict was meant to take place here, not Baghouz, as Syrian, Russian and Turkish forces threatened its devastation earlier this year. But that hasn’t come. Not yet.

The most dangerous, dispiriting conflict is also yet to come. ISIS, remember, was not defeated by Syrian president Bashar al-Assad’s forces. No, its nemesis came under the blanket of the Syrian Democratic Forces, but wearing the military garb of the Russian Army, the US airforce and, above all, the camouflage fatigues of the Kurdish People’s Protection Units (YPG), the effective army of the Syrian Kurds. It is they, like their Kurdish equivalents in Iraq, the Peshmerga, who have led the counter-insurgency against ISIS, and, after nearly five years of struggle and sacrifice, it is they who erased ISIS from the map.

They have gained from this war, too. Much of northern Syria, in particular the Rojava region, is under the control of the Kurds. It is virtually an autonomous region, if not yet a de facto state. But that’s the problem. The Syrian government has so far refused to recognise it as such, despite Kremlin-mediated talks between the two sides. And the Turkish state – whose attitude towards ISIS has at best been ambivalent, at worst tacitly supportive – will never accept a Kurdish autonomous region on its border, ruled by those it classifies as the terrorist kin of the Kurdistan Workers’ Party (PKK), and therefore a secessionist spur to its own restive 14million-strong Kurdish population.

And so the Kurds, at theirs and Syria’s moment of victory, are facing a future conflict and defeat. Because, make no mistake, the Turkish state, perhaps with the implied consent of Assad, is readying itself for an attack on the Kurds. And it is doubtful whether a few hundred US soldiers, beyond their unwitting role as witnesses to their NATO ally’s barbarism, will be able to do much about it.

And if the Kurds, having rolled ISIS out of Syria, are themselves rolled out of northern Syria, then that same power vacuum, that same absence of political and territorial authority that allowed ISIS and its jihadi frenemies to flourish and assert themselves, will re-emerge, bringing with it those Islamist militias who have momentarily retreated into the dust and delapidation of a ruined Syria.

This is not to make a case for continued Western intervention; for, say, the US fully to reverse its decision to pull troops out of Syria. The blame for much of the contemporary unravelling of these post-First World War states, the blame for their breakdown and institutional metamorphosis into mere fronts for the pursuit of sectarian interests, backed by the great regional powers of Iran and Saudi Arabia, can at least be partially laid at the door of the US and its allies. The fatal decision to invade Iraq and destroy the Baathist regime in 2003, and the folly of attacking Bashar al-Assad and backing Islamists involved with the Free Syrian Army from 2011 onwards, has created the chaos and disorder from which Islamists continue to draw support and motivation.

So the Islamic State may be no more. But in nations barely governed by sectarian states, in societies endlessly pulled this way and that by the interests of external actors, in territories in perpetual danger of being wrenched apart, militant groups like ISIS will always have the means and the opportunity to assert themselves.

The solution to this is not to be found in the Pentagon or in the Foreign Office, or, indeed, in Ankara or Tehran. No, as difficult and painful as it will be, certainly for those hanging and clinging to power, the democratic, self-governing solution will only come, as ISIS itself did, from within Syria and Iraq.