The US is no friend of the Kurds

They need autonomy, not Western protection. 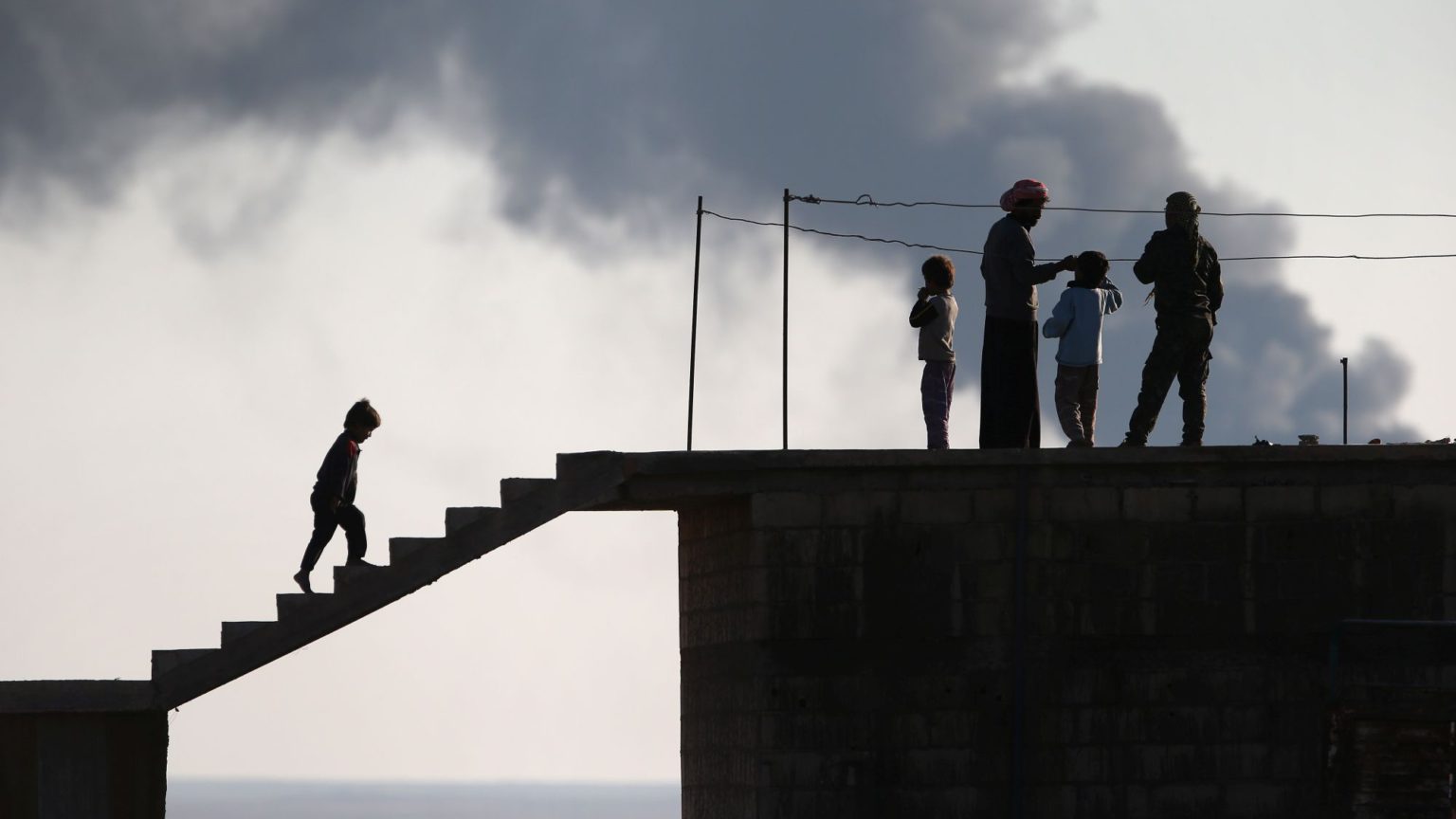 The US has partially reversed its decision to pull troops out of Syria, opting now to retain 200 in a safe zone in Kurdish-dominated north-eastern Syria, with a further 200 stationed at a US military base at al-Tanf, near the border with Iraq and Jordan.

Many, Syrian Kurds among them, have greeted the US’s change of heart with a huge sigh of relief. And with good reason. The continued presence of US troops (albeit in very limited numbers), and the suggestion EU member states might be willing to add to this presence, militates against an imminent Turkish assault on the Kurdish-controlled north.

For this is where, between 2014 and 2018, the leading Syrian Kurdish party, the Democratic Union Party (PYD), and its People’s Protection Units (the YPG), rolled back ISIS, and, in doing so, expanded its own area of de facto political and military authority. For Syria’s Kurds, what they know as the Rojava region, which they have now called the Democratic Federation of Northern Syria, is an unofficially autonomous region. In the words of the PYD, it is committed to gender equality, civil liberties and the provision of a safe haven for internally displaced peoples. For Turkey, which borders Rojava, this is now a problem.

Turkey, under the increasingly autocratic regime of President Recep Tayyip Erdogan, menaces the Kurds in northern Syria. Indeed, throughout Syria’s now eight-year-long conflict, Turkey’s main concern has always been the Kurds, not ISIS – which it has sometimes used as proxy force against the Kurds.

In 2016, after the YPG had weathered ISIS’s siege of Kobane, Turkey began what was to become a seven-month-long military operation against the YPG. And then at the beginning of last year, Turkey launched another brutal military assault on the long-standing Syrian-Kurdish district of Afrin in northern Syria, killing, torturing and raping its Kurdish inhabitants, and driving an estimated 100,000 civilians out of the district entirely.

So, when Turkey’s foreign minister, Mevlut Cavusoglu, declares that ‘we will decide on [the Syrian invasion’s] timing and we will not receive permission from anyone’, as he did a few weeks ago, this is no idle threat – as is clear on the Turkish-Syrian border, where a significant military force, largely equipped with the latest Western weaponry, is now amassed, waiting for the order to attack.

Not that Turkey’s menace is without its own rationale. Home to 14million Kurds itself, Turkey claims the PYD is merely an affiliate of Turkey’s militant Kurdish party, the PKK, which it classifies as a terrorist organisation – as indeed, as a sop to its NATO partner, do the US and the EU. But that rationale is not necessarily rational. The PYD admits its shared ideological heritage with the PKK, but it is a distinctly Syrian grouping, with its own local, rather than Turkish, objectives. Moreover, while it shares with the PKK a desire for Kurdish statehood or, failing that, a degree of regional autonomy, it has made no incursions into Turkey itself.

But is the promise of US military protection, even if bolstered by contributions from the likes of the UK, the Netherlands and France, really what the Kurds need? After all, if the history of the 20th century tells us anything, it is that the Great Powers, then as now, will always let down, or worse betray, the Kurds. In the early 1920s, Britain and France allowed Kemal Ataturk’s Turkish forces to roll tanks through the Treaty of Sèvres, and its promise of a Kurdish state. In the 1980s, the US repaid Saddam Hussein’s Iraq for its war with the Islamic Republic of Iran by turning a blind eye as Baathist forces massacred the Kurdish populace. The interests of the US, the UK and the rest, are resolutely not those of the Kurds. Not in the aftermath of the First World War, when appeasing a resurgent, aggrieved Turkey prevailed, and not in the 1980s, when undermining and attempting to topple the Islamic Republic was paramount.

Even over the past few years, as the states of Iraq and Syria unravelled amid the Arab uprisings, and wilted before the terrible audacity of ISIS, the Kurds, who have provided the political and military fibre in the push back against ISIS, have constantly experienced Western powers’ double dealing. Western states stood idly by as their NATO ally Turkey bombed the YPG in Kobane. Then, in Iraqi Kurdistan in 2017, when Iraqi Kurds made a stab for political independence from Baghdad, they were met by the US-funded wrath of the Iraqi army, and the cold shoulder of the UN and the EU.

And it is these powers the Kurds should look to for support and protection? No, it is not. If the Kurds are to have any hope in Syria, they don’t need Western protection – they need statehood. As they have done for the past century. For the Kurds’ national case is at least as strong as those post-Ottoman nations of Bulgaria and Albania, which developed national consciousnesses only a few decades before the Kurds did, in the late 19th century.

Though Sunni Muslim in religious matters, the Kurds are a distinct ethnic grouping, have a distinct language, and have developed specific, but related, political traditions. They also, sadly, share a history of suffering and persecution at the hands of those states – largely conjured up by the Great Powers in the aftermath of the First World War – in which they have been forced to live, splintered, since the 1920s. The pre-political ties of nationality are therefore already in place.

As it stands, however, a Kurdish nation state, which would crop the territories of Turkey, Syria, Iran and Iraq, does not seem feasible. The regional powers would never countenance such a proposal. And the Kurds themselves are hardly politically unified, divided between Iraqi Kurdistan, which, under the rule of the Barzani clan, has established a working relationship with Turkey, and the Syrian Kurds of the PYD and the Turkish PKK, both of whom are sworn enemies of Turkey.

So, if Syria’s Kurds are not to achieve statehood, what they need is what they have now – a degree of regional autonomy. But this must be fully recognised and authorised by the Syrian state, so that any incursion by Turkey into Syrian-Kurdish territory is recognised as an attack on the integrity of Syria.

And this is what the PYD and its umbrella organisation, the Movement for a Democratic Society (TEV-DEM), have seemingly been working towards, making overtures to Syrian president Bashar al-Assad, mediated by Russia.

Assad has so far proved resistant to the proposal, claiming it would lead to the breakup of an already severely fractured Syria. But his regime is not even the main obstacle to Kurdish autonomy. That comes in the form of the US-led coalition, which, having originally inveigled itself in the Syrian conflict on the anti-Assad side, declaring his rule illegitimate, has said that if the Kurds form any alliance with Assad or Moscow, it will sever all military assistance. Which would effectively be an invitation to Turkey to attack.

Hard choices face Syria’s Kurds, then. But the objective must remain what it always was: self-determination. And that, as the Kurds’ recent history shows, is the one thing Western powers have no interest in supporting.