The exploitation of the NZ slaughter is a new low for the PC set. 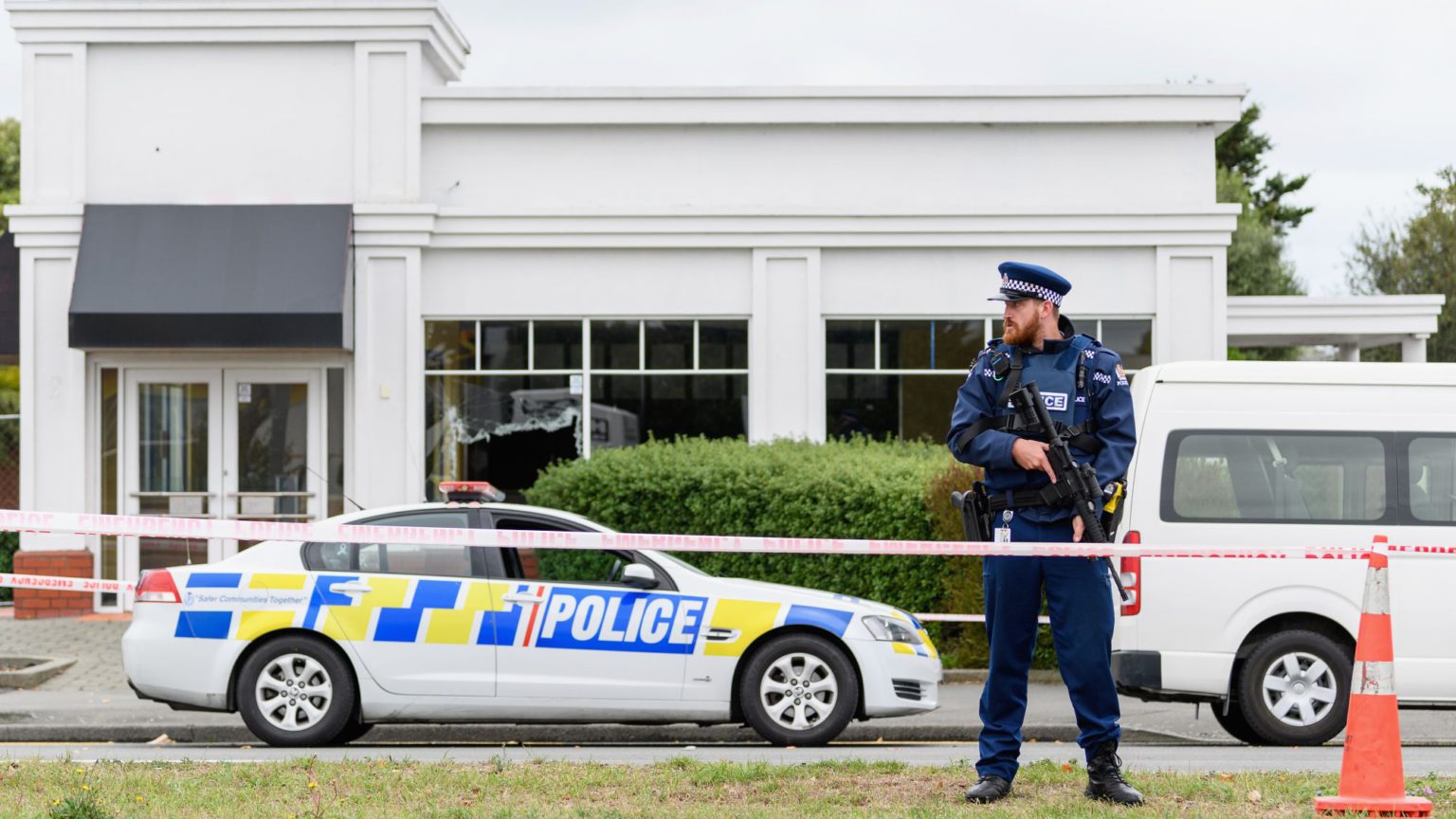 The Western media class has reached a new low. The blame game they’ve been playing in the aftermath of the racist mass murder in New Zealand has been ghoulish and deeply disturbing. The bodies of the 50 murdered Muslims were barely cold before various observers, activists and leftists were naming and shaming those people who they think ‘laid the ground’ for this atrocity. And it apparently includes everyone from alt-right agitators to any mainstream newspaper columnist who has raised so much as a peep of criticism about radical Islam. What we have here is one of the most cynical exploitations of mass murder in recent years: the callous and censorious use of a barbaric assault to settle political and in some cases personal scores. Using the recently dead to underscore your own petty political agenda is the behaviour of the amoral and authoritarian.

What has been extraordinary in the aftermath of the deranged racist slaughter in two mosques in New Zealand has been the way the chattering classes in Western countries have instructed us to do the kind of thing they tell us not to do in the wake of acts of Islamist terror. Following Islamist barbarism in Europe and the US in recent years – whether it was the murder of 86 people with a 10-tonne truck in Nice, or the gunning to death of 90 rock fans in the Bataclan in Paris, or the bombing of young girls and their parents at the Manchester Arena – the instruction from our betters has been the same every time. Don’t get angry, they say. Don’t exaggerate the threat of terrorism, they counsel. And don’t dare suggest that any book or idea, whether it is the Koran itself or pamphlets handed out at more questionable mosques, contributed to this attack. ‘These killers have nothing to do with Islam’, as the tiresome, silencing mantra goes. Our role after Islamist terror is to manage our anger, put politics on hold, lay a flower or two, and then go back to our everyday lives. ‘Don’t look back in anger’, as the anthem went after Manchester.

This time the response could not be more different. Now we are actively invited to feel anger. Now we are told we must look for the source material that inspired this hateful individual and then condemn it and censor it. Now we are told that we must organise against the new fascism. After Islamist terror the key instruction from the self-styled guardians of correct moral thought is that we should forget politics and just grieve. Now we’re told to get political, take terrorism seriously, physically protest against the new hatefulness: there has already been a protest in London against Islamophobia and there will be one today at News UK, home to The Times and the Sun, such is the shrill, censorious, media-blaming hysteria of the ghoulish opportunists of the New Zealand horror.

The first striking thing about this blame game is how much its morbid practitioners sound like McCarthyites and other 20th-century authoritarians. Just as that old breed of tyrant would respond to difficult or horrific events by searching for some piece of literature or idea to blame them on, so the new exploiters of mass murder are holding up certain newspaper columnists and right-wing shock jocks as ‘facilitators’ of the new hate and the new barbarism. They are even drawing up lists of names. Actual lists. Lists of columnists whose criticisms of Islam have been a little too stinging for their liking and who therefore can be said to have blood on their hands from the New Zealand massacres. These are new blacklists; they are soft-totalitarian name-and-shame sheets designed to push beyond the pale anyone whose ideas do not win the approval of the PC, identitarian set. These blacklists combined with the protests outside newspaper offices add up to a kind of PC purge, where people grimly use the dead of New Zealand almost as ventriloquists’ dummies to mouth their own censorious ideas. It plumbs new depths of cynicism.

The second striking thing about the response to the attack in New Zealand is the double standards it has exposed. Not all terror is treated equally. We know that for sure now. The right-on are far angrier about this than they ever were about any act of Islamist slaughter of the past few years. This is fascism, apparently, but the destruction of 86 people who were celebrating the birth of democracy in France is not. Or certainly the Nice slaughter was not widely referred to as fascism and was not physically organised against. Why is this fascism, but that wasn’t? The NZ attack is proof of a rising tide of hatred, they say, and yet they never said that about the more than 500 people killed in Europe by supporters of a 7th-century religious death cult over the past five years. Certainly there was no attempt among the liberal elite to rally people against that violent, backward hatred. On the contrary, anyone who protested against Islamist terror – whether it was the Football Lads’ Alliance or ordinary people who wondered out loud about the wisdom of mass-immigration policies – was instantly denounced as the real propagator of hatred.

Why this double standard? Why is New Zealand 2019 fascism, but Paris 2015 was not? Why should this rally us to action, but Paris, Nice, Toulouse, Berlin, Brussels, Barcelona, Stockholm, Turku, Manchester and London should not? Why is this evidence of a new hatred we must confront, but the slaughter of 22 mostly young people in Manchester was not? Back then, I remember being told during media discussions that you are more likely to die getting out of the bath than in a terror attack. ‘Calm down’, was the message to anyone who suggested mobilising against far-right religious terror movements. If these are uncomfortable questions, that is because they point to an uncomfortable reality: that the correct-thinking sections of society treat terrorism less seriously when its practitioners are Islamists. That they are more forgiving of mass terror when it is done in the name of Islam. That they do not have a consistently humanistic response to the mass destruction of life, but rather judge each act according to whether it will boost their identitarian narrative or harm it.

That, in essence, is what we are witnessing in response to New Zealand: a recognition among certain observers and activists that this racist atrocity can be used to boost their narrative. Their narrative of identity, of Muslim victimhood, of censorship, of social control. Islamist atrocities, on the other hand, harm their narrative. They even possibly reveal a link between the politics of grievance that the identitarian set promotes and the emergence of a new form of violent grievance by Islamists who attack Western societies that they believe to be Islamophobic and racist. And so the PC set actively depoliticises Islamist attacks, discourages analysis, and frowns upon angry responses. Their double standard on terror is driven by a narrow urge to protect at all costs their political narrative and to shun and ideally silence anyone who deviates from that narrative, whether it’s those alt-right blowhards who drone on about Muslim immigration or the newspaper columnists who question over-use of the term Islamophobia.

This is a chilling way to approach the slaughter of human life. What we require now is humanist consistency and honest, thoughtful analysis. This means being as outraged by New Zealand as we should have been by Nice; as repelled by violent white identitarianism as we ought to be by violent Islamist identitarianism; as horrified by the cultural paranoia of ‘white race’ terrorists as we should be by the victimhood paranoia of Islamist mass murderers; and as honest as we can be about where the greatest threat to life is coming from today – primarily from Islamic extremists, not white supremacists. For a humanist publication like spiked, the slaughter of all innocent human life is an unspeakable act; and we should respond to it, whether it is in Manchester, Barcelona or New Zealand, with anger and then frank, robust and utterly free discussion about how such violence has come to take a hold in sections of our societies.