They are all in contempt of the people

The Brexit ‘rebel’ MPs share Her May-jesty’s fear and loathing of democracy. 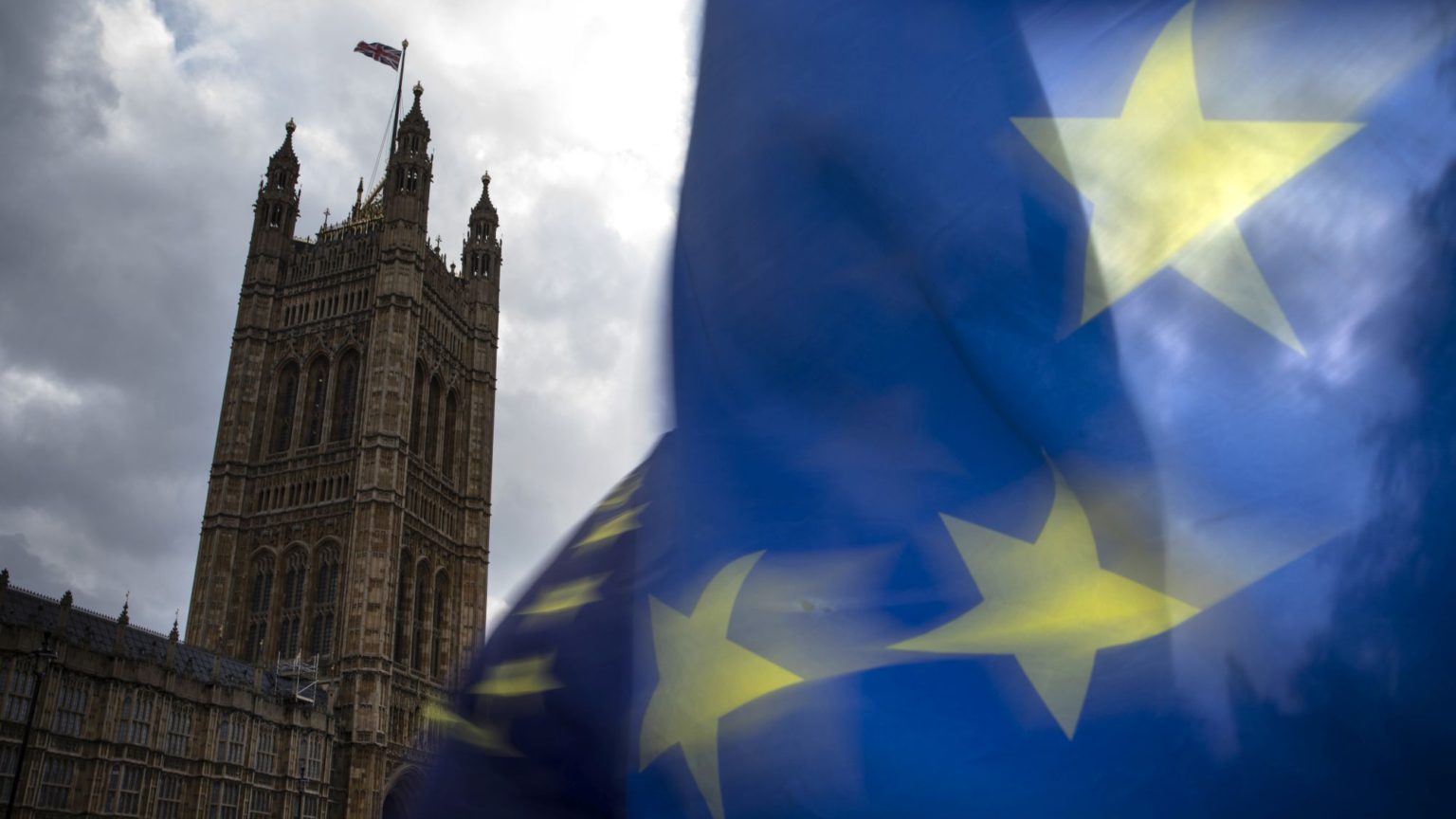 It might have looked like a good day for democratic politics, when MPs finally stood up on their back legs and handed the Tory government some big defeats this week. But as with everything to do with the political class, Brexit and democracy, things are not as they may seem.

The House of Commons voted to find the government in contempt of parliament for failing to publish the full legal advice on Theresa May’s EU deal, and they voted to give MPs more control over the Brexit process if and when the prime minister fails to get her plan passed next week.

It was a bloody nose for ‘Her May-jesty’ who, as noted here last week, has been acting like an absolute monarch, determined to impose her will regardless of what parliament or the people might think. ‘At last’, declared one typically elated liberal pundit, ‘parliament is taking back control of Brexit’.

But it would be more accurate to say MPs are trying to take control of the noose around the neck of Brexit, in order to strangle it more efficiently than May. Hence the elation of Remainer columnists.

The Labour Party, Lib Dems, SNP and Tory rebel MPs who voted against the government have no more regard for popular democracy than May. Their aim is to use their 300-odd votes in parliament to annul the 17.4million Leave votes in the EU referendum. They all deploy the language of democracy to justify their antics. But this is more like demock-racy in action.

What was really behind this week’s anti-government votes? May’s proposed deal with the EU would mean a form of Remain-by-another-name, leaving the UK under the sway of Euro courts and laws. It is indeed, as Boris Johnson put it, a ‘democratic disaster’ that would betray Brexit voters.

But that is not why most MPs voted against the government. If anything, many of them think May’s terrible deal goes too far in breaking with the EU. Their real aim is to ensure that, when her plan is rejected, MPs can block any attempt to leave the EU with a clean-break, No Deal Brexit.

That is why the motion to give MPs more power over the Brexit process was proposed by ex-Tory minister and arch-Remainer Dominic Grieve. It is why it was supported not only by left-wing Labour MPs, but also by non-rebellious Tory grandees such as Damian Green (May’s former de facto deputy), who spelt out that his aim was ‘to leave options open for the government and others to prevent No Deal’.

As we have long argued on spiked, a No Deal Brexit is the only available option that could now come close to fulfilling the democratic mandate to leave the EU. Until recently even May had to concede that ‘No Deal is better than a bad deal’. Now, however, government ministers suggest the opposite and MPs from all parties treat No Deal as anathema. Yet despite their democratic pretensions, the fact is that without the option of No Deal there can be no democracy.

The Labour-led drive to block No Deal has also been backed by some May loyalists, who want to force Tory Brexiteers to support her grisly plan as allegedly the only form of Brexit that’s now possible. The press reported suspicions that even the government was ‘conspiring with Grieve’ to bring on its own defeat to that end. Tory Eurosceptic MP Andrew Bridgen told the Sun that he was ‘left highly suspicious’ by the government’s lack of disappointment when the Grieve amendment was passed. ‘Now No10 can threaten Brexiteers with either her deal or parliament saying no to Brexit – but that’s a false choice.’

From May to the Corbynite Momentum lobby, what all the Remainers want is to narrow things down to that false choice between the government’s Remain-by-another-name and outright remaining in the EU. The meaningful Brexit which millions of Leave voters backed can thus be erased from the agenda and history, as if it never happened. And they talk about defending democracy.

This is all made explicit by supporters of the misnamed ‘People’s Vote’ campaign, such as Lib Dem leader Vince Cable. He said this week that if the prime minister cannot get her plan through parliament, we must have another referendum to choose between ‘Mrs May’s deal and remaining in the EU’.

When it was then reported that the European Court of Justice may uphold the right of the UK parliament to reverse Brexit ‘unilaterally’, many alleged democrats ardently supporting the People’s Vote lobby suddenly changed their tune. They went on social media to declare that we don’t need to risk another referendum after all, because a few friendly Euro-judges will allow our MPs to just rip up Article 50 and have done with Brexit.

What these elitists want is to defy the democratic will of the largest vote in British political history and thwart Brexit. To that end they will wave around any convenient democratic-looking instrument that comes to hand, from a parliamentary revolt to a so-called People’s Vote. But behind the mask, the real message is the one displayed by crankish protesters outside parliament – ‘Bollocks to Brexit’, by any means necessary.

The latest Brexit crisis has turned the spotlight on the meaning of parliamentary democracy. That is an important principle which people have fought and died for. But parliamentary democracy is only really a means to represent and express the will of the people – not an end-in-itself to serve the interests of a political elite.

Many of those now bragging about the return of British parliamentary democracy had nothing to say for 40 years when it was being trampled on via the EU. Yet they suddenly want to uphold parliamentary democracy not just against the government, but primarily against the people, the majority of whom voted for the Brexit that the Westminster club abhors.

For more than 200 years, since the birth of modern politics, there has been a tension between parliamentary and popular democracy. In the ‘Great Debate’ at the end of the 18th century, the conservative Edmund Burke argued, against the radical democrat Thomas Paine, that MPs were to be the electorate’s ‘guides’ and ‘judges’, not the people’s ‘flatterers’ or ‘instruments’. They would be elected to serve the interests of the Crown and the state, not the opinion of the then tiny electorate – never mind that of the then disenfranchised masses. Burke’s conservative view was to win out in the battle over the nature of parliamentary democracy.

Since the Second World War we have been living under an increasingly unrepresentative democracy, in which an isolated and insulated political class has invested more and more power and authority in unelected and unaccountable bodies, from the courts to the European Commission. That is a large part of what the democratic Brexit revolt was about.

Amid the current chaos and speculation over votes of confidence and the fall of governments, the Fixed-Term Parliaments Act of 2011 has come back into the news. This law makes it harder to bring down a government and bring about a General Election more than once every five years. It was passed under the Tory-Lib Dem coalition government of David Cameron, as a symbolic pulling-up of the drawbridge around the Palace of Westminster, to protect our politicians from any more exposure to the voting public than was absolutely unavoidable.

What the 2016 EU referendum did was to pull down that drawbridge and confront the entire political class with its unpopularity and lack of authority in a way they had never thought possible. That is why they have been so determined to neuter Brexit ever since, to reverse that horror experiment in popular democracy and keep the Commons free from the influence of the common people.

May rightly told MPs this week that if parliament failed to implement the referendum result it would be in contempt of the British people. But Her May-jesty is just as contemptuous of the popular will as any self-righteous ‘rebel’ MP. They are united in their determination to talk the democratic talk while keeping the demos as far away from real kratos – power – as possible.