There is no such thing as a ‘trans kid’ 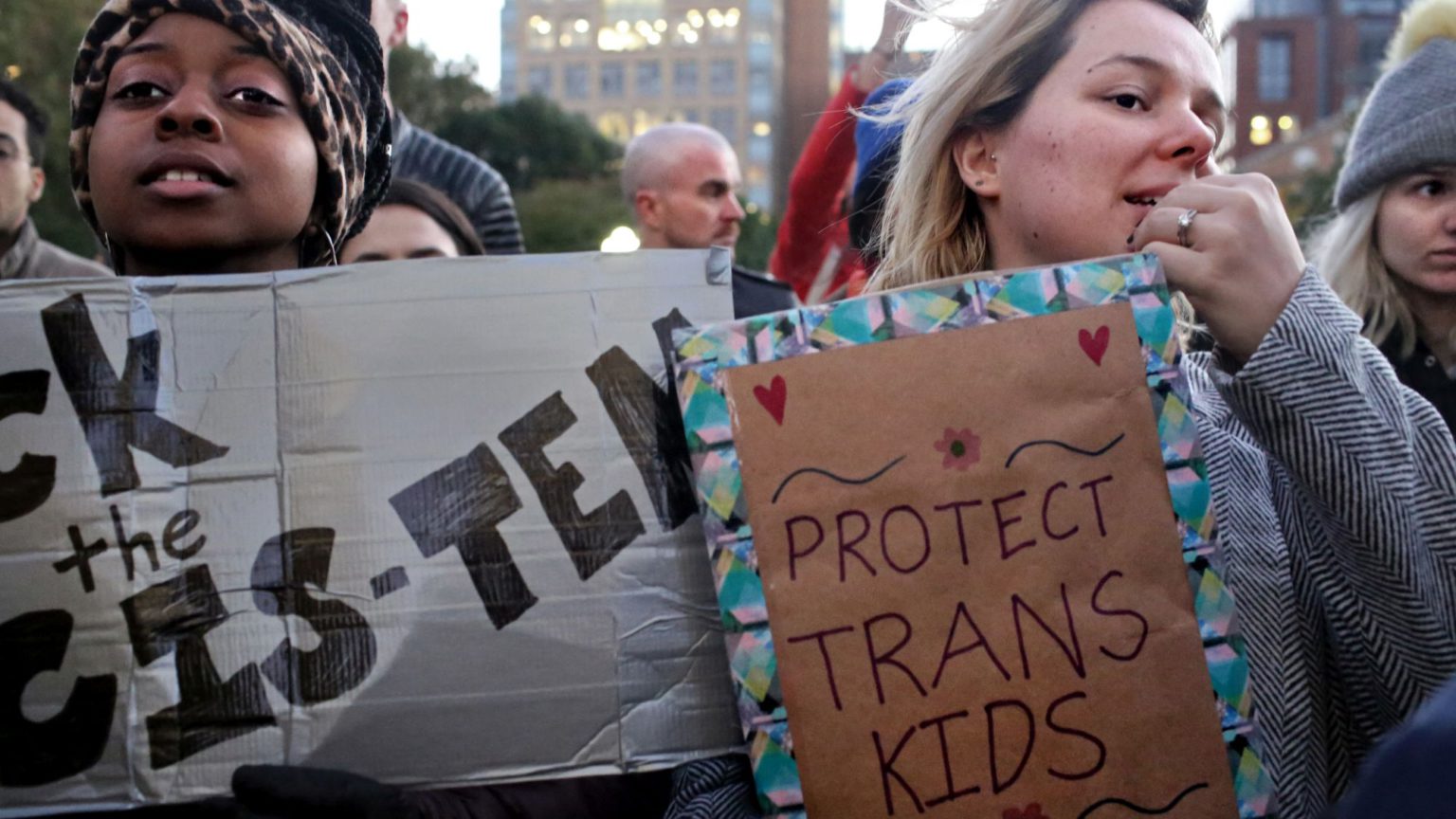 One of the great myths of the new, identitarian left is that the transgender movement is the political and spiritual heir to yesterday’s gay-rights movement. It isn’t. At all.

To begin with, the old gay-rights movement did not win the effusive backing of Tories, cops, CofE bigwigs and the entire educational establishment, as the trans movement has.

Stiff Tories were not falling over themselves to institute laws that would heap ‘recognition’ on gay people, as they are today with trans people: see the Gender Recognition Act, an eccentric, reality-defying proposed tweak to the law that would allow anyone to change sex as casually as they change their hairstyle, which is being championed by Theresa May of all people.

Also, the old gay-rights movement agitated against the idea that their sexuality was a mental disorder, as it was horribly defined by American psychologists up to 1972. In contrast, the trans-rights movement craves medical diagnosis, in particular of the mental malaise ‘gender dysphoria’.

Warriors for gay rights demanded autonomy, from medical paternalism, state policing and moral-majority approval; the trans movement seeks these things. It wants validation rather than freedom. State backing rather than state absence. And the approval of every social and cultural institution instead of not giving a fig what these people think.

Most strikingly, where it was a nasty myth that gay campaigners were trying to mislead ‘our youths’, unfortunately the same cannot be said of the trans movement.

That ugly anti-gay prejudice about youth-corrupting ‘queers’, as captured in old black-and-white American public-information films in which handsome teen Chad would be led astray by an ageing pervert, was successfully challenged by gay-rights activists. Because it wasn’t true. The trans movement, though – there is no escaping the uncomfortable fact that trans activists, and their many supporters in the establishment, are leading children astray and could well have a detrimental impact on the lives and futures of the new generation.

Last night Channel 4 aired Trans Kids: It’s Time to Talk. It was a compassionate but critical documentary in which serious questions were raised about the rush to diagnose kids as trans and even to treat them – with puberty-blocking drugs, hormone interventions, and so on (surgery is illegal until adulthood).

It was presented by psychotherapist and author Stella O’Malley. She made the point that when she was young, she was convinced she was a boy. Now, however, she is married – to a man – and has kids. She wondered what might have happened to her if she had been a boy-identifying girl today rather than in the 1980s.

Camille Paglia has made a similar point about her tomboyish childhood – would I be diagnosed as gender dysphoric today and be packed off for treatment, she asks? There’s a chance she would be. It depends in large part on the parents, of course, and whether they are PC and child-centric or more firm and traditional: the former might buy into the trans eccentricity while the latter are less likely to. But it’s an inescapable fact that gender-confused young people are today being shoved towards diagnosis and treatment.

It’s happening more and more. The number of kids being referred to the NHS’s gender-service unit has risen by 2,500 per cent over the past nine years. It is reported that autistic children are particularly prone to reinterpret their confusions through the gender lens, the more it becomes socially sanctioned to do so. Young teenage girls are binding their breasts in the belief that they are really boys; young boys are increasingly being allowed to turn up to school in girls’ clothes; and more teens are being prescribed drugs that hold back puberty, that essential, natural progression to adulthood.

This is all quite depressing. There is nothing positive in teenage girls being horrified by their developing bodies. Or in probably gay boys being convinced by social-media stars and trans-friendly celebs that maybe they’re really girls. What happened to gay being okay? There’s a streak of both misogyny and homophobia in the great trans medical experiment: it tells certain girls to feel shame at their bodies and it pushes the idea that effeminate boys should become girls. In short, correct that camp kid, fix him, sort him with drugs and surgery.

It isn’t only the still small number of kids who are trans-diagnosed who are impacted upon by the transgender ideology. All kids are. The problem here is not some all-powerful trans lobby – it’s the unwillingness of institutions to withstand the transgender worldview. Schools are embracing the new religion of gender-neutrality and are encouraging their charges not to prejudge people’s gender and to believe that sex at birth is irrelevant in comparison with what you feel. The binary that has traditionally allowed children to negotiate an otherwise confusing world – between female and male, mother and father, girl and boy – is being erased, leaving kids socially bereft, uncertain, and re-engineered to think in the way the new elite thinks they should.

It feels like children are being experimented on. Both morally and physically. Morally in the sense that they are having every traditional‍, anchoring view of sex erased from their minds, and physically via drugs and hormone interventions. In order to give more weight to their own preferred lifestyles, some trans activists seem determined to hold up confused children as ‘trans kids’, and, by extension, as proof that transgenderism is perfectly normal and can manifest in early years. They seem to view the disorientation of children as a price worth paying to add the legitimacy of nature to their way of life. Future generations will surely wonder why we behaved like this with children.

There is no such thing as a trans kid. That is an invention of adult activists, confused parents, and cowardly medical and educational establishments. Let kids be kids. If they’re confused, talk to them – just don’t diagnose them as messed-up and in need of medical intervention.