Blasphemy law by the backdoor

Why we must have the right to call Muhammad a paedophile. 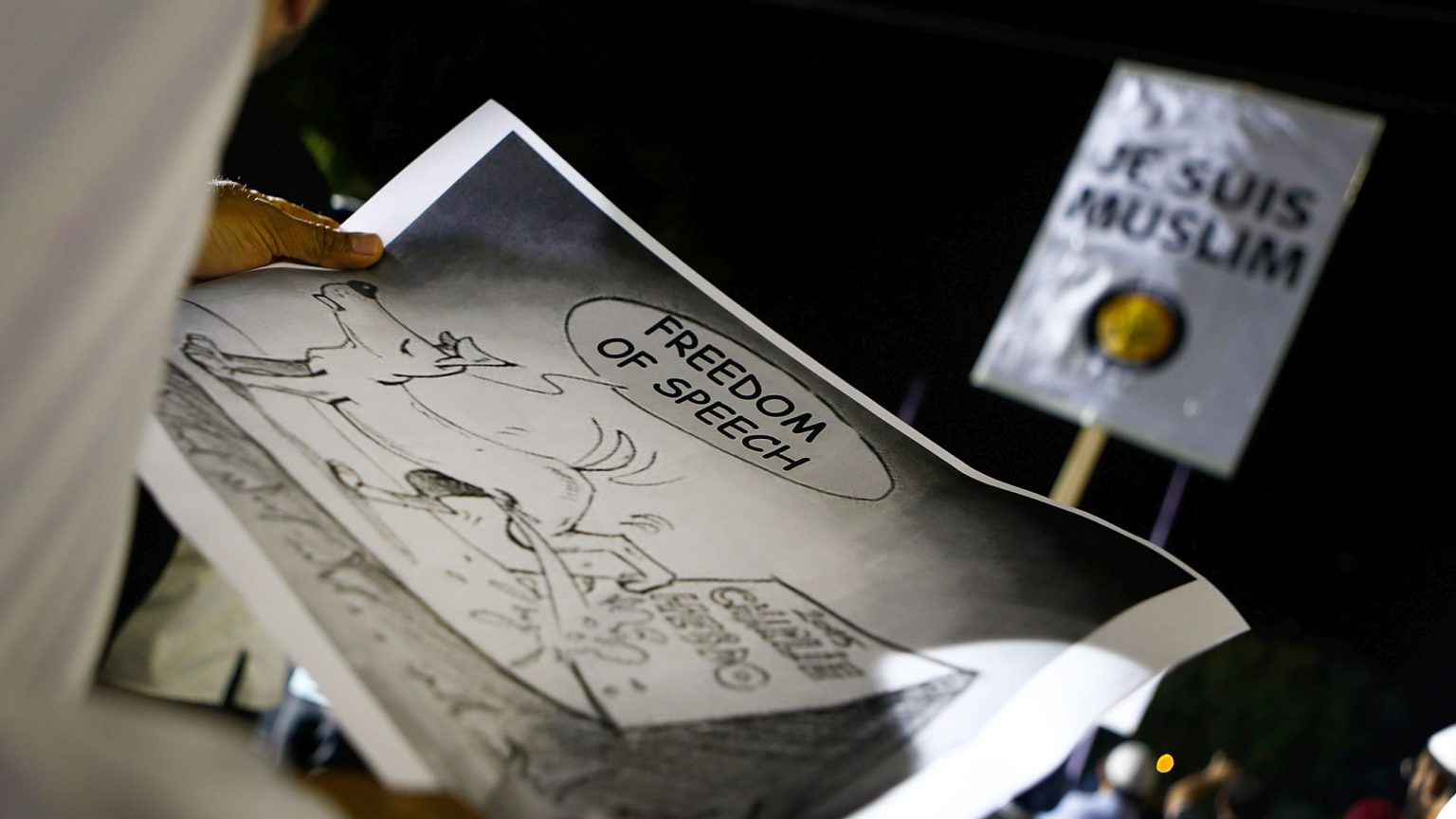 On Thursday, just days before Irish citizens voted overwhelmingly to abolish the offence of blasphemy from their country’s constitution, judges in the European Court of Human Rights (ECHR) decreed that European citizens can be convicted for blaspheming against Islam.

A woman, known only as ES, was originally convicted in Austria in 2011. She held two seminars for Austria’s anti-Islam Freedom Party in which she called the Prophet Muhammad a paedophile, who ‘liked to do it with children’. She was referring to Muhammad’s marriage to Aisha, who was six years old when they were married and was nine by the time of consummation.

So, was Muhammad a paedophile? Aisha’s age is given as six in the Hadith, believed by Muslims to be a record of the Prophet’s life and words. Its authority is second only to the Koran. But it was not unusual in 6th-century Mecca for children to marry their elders, as wrong as we would see that today. ‘Muhammad is a paedophile’ is an odd, perhaps deliberately provocative way to interpret history. Clearly many Muslims will find this interpretation offensive, even though it is based on widely accepted facts.

Nevertheless, the ECHR has ruled that ES’s words went ‘beyond the permissible limits of objective debate’. They amounted to an ‘abusive attack on the Prophet of Islam which could stir up prejudice and threaten religious peace’.

The ruling is part of a creeping return of the concept of blasphemy in Europe, this time in relation to Islam. The new blasphemies are not so much concerned with offending against the scriptures or God, but amount essentially to anything that can cause offence. The ruling follows Britain’s banning of YouTuber Lauren Southern from the country for handing out leaflets which said ‘Allah is gay, Allah is trans, Allah is lesbian’ . For this she was detained and questioned at the UK border under Section 7 of the Terrorism Act.

A year before ES’s arrest, an Austrian pensioner, Helmut Griese, was convicted for yodelling in his back garden while he mowed his lawn. His Muslim neighbours took offence because they believed he was mocking the Islamic call to prayer. The yodelling fell foul of Austria’s laws against the ‘disparagement of religious symbols’ – a law originally conceived to prevent neo-Nazis from desecrating Jewish graves. Unable to prove that he was yodelling for pleasure and unwilling to fight a lengthy court battle, he agreed to pay an €800 fine.

The ECHR ruling on Muhammad is shocking but not surprising. While Article 10 of the European Convention on Human Rights at first appears to guarantee ‘everyone… the right to freedom of expression’, it is followed up by a long list of ‘formalities, conditions [and] restrictions’ that allow for the state to censor or criminalise speech.

Some of these caveats are so vague, such as ‘the protection of health or morals’, as to allow for effectively any form of censorship. Most ECHR signatories have laws against hate speech, a similarly ill-defined, all-encompassing and entirely subjective concept. An ECHR factsheet declares that hate speech does ‘not necessarily manifest itself through the expression of hatred’. In other words, speech does not even have to be hateful to fall foul of hate-speech laws.

Unsurprisingly, the ECHR’s decision has been greeted warmly by authoritarian governments in the Islamic world. Pakistan’s minister for human rights tweeted it approvingly. No doubt the ECHR ruling will be used to justify Pakistan’s own bans on blasphemy laws – breaking them can be punishable by death.

The ruling will also act as a spur for the Organisation for Islamic Co-operation’s ongoing campaign for global laws against blasphemy, ‘defamation of religion’ and so-called Islamophobia. The campaign uses the framework and language of human rights in its call to ban speech which is offensive to Muslims. Pakistan PM Imran Khan has called for a redoubling of these efforts and plans to make the outlawing of blasphemy the subject of his first UN visit.

But the revival of bans on blasphemy has not been imposed on us from without by Islamist fanatics. The judges of the ECHR are not imams in disguise. They are merely reflecting the widespread cultural anxiety around discussion of Islam across the West. We see this in the way the response to Islamist terror attacks is invariably subdued and sometimes actively suppressed. Mere months after Islamists murdered 12 journalists at Charlie Hebdo for their cartoons of Muhammad, 242 Western literary figures denounced the magazine as racist for causing ‘humiliation to Muslims’. Any criticism of backward Islamist practices like veiling is censured and written off as Islamophobic. When Boris Johnson criticised the burqa, the Metropolitan Police clarified that he had not committed a crime, but he was still investigated by the Conservative Party and denounced in the media. The cultural pressure to protect Islam from criticism can be just as powerful as any law.

For centuries, radicals have fought and died for our right to mock and defame gods and prophets. No idea or belief should be above criticism, debate or ridicule. The new desire to shield Muslims from criticism of their faith in the name of ‘human rights’ is as oppressive and stultifying as any old medieval statute. If we do not have the right to call Allah gay or Muhammad a paedo, then we can no longer claim to live in a free society.