Why we must have the right to call Allah gay

Free speech must include the right to ridicule gods. 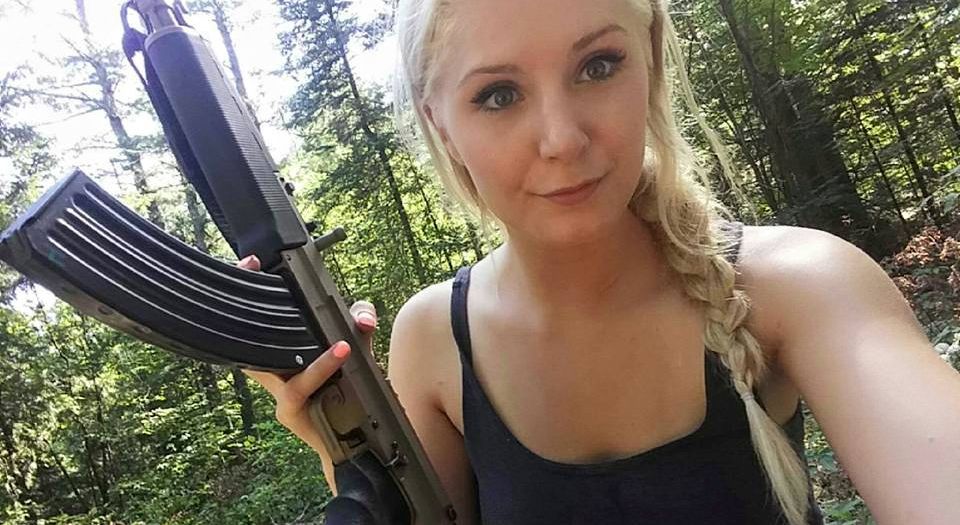 In Britain in the 21st century you can be punished for mocking gods. You can be expelled from the kingdom, frozen out, if you dare to diss Allah. Perversely adopting medieval Islamic blasphemy laws, modern Britain has made it clear that it will tolerate no individual who says scurrilous or reviling things about the Islamic god or prophet. Witness the authorities’ refusal to grant entrance to the nation to the alt-right Christian YouTuber Lauren Southern. Her crime? She once distributed a leaflet in Luton with the words ‘Allah is gay, Allah is trans, Allah is lesbian…’, and according to the letter she received from the Home Office informing her of her ban from Britain, such behaviour poses a ‘threat to the fundamental interests of [British] society’.

This is a very serious matter and the lack of outrage about it in the mainstream press, not least among those who call themselves liberal, is deeply disturbing. For what we have here is the ringfencing of Britain from anti-Islam blasphemy. The purification of the kingdom against those who would take the mick out of the Muslim faith. In refusing leave to enter to Ms Southern because she handed out those leaflets, the UK authorities are making it clear that this is a nation in which certain things cannot be said about Allah. They are sending a message not only to Ms Southern but to Britons, too: trolling of Islam is a ‘threat’ to society and counter to ‘the public policy of the United Kingdom’. They haven’t only banned one woman; they have sought to chill an entire sphere of ‘blasphemy’.

Ms Southern was stopped at the border in Calais. She was reportedly questioned under Schedule 7 of the Terrorism Act. This is an extraordinarily broad and illiberal part of the law. It can be used to stop anyone at Britain’s borders, even if there is no suspicion that they are involved in terrorism. The individual can be detained and questioned for up to nine hours. There is no right to silence. There is no right to a publicly funded lawyer if the person is at a border. That such a repressive measure was allegedly deployed in the questioning of someone for distributing leaflets, for speech, should horrify anyone who cares about liberty. This effectively treats speech as terror, ideas as violence, mere words as things to be kept out of the nation, setting a terrible precedent for free speech in this country.

When David Miranda, the partner of then Guardian journalist Glenn Greenwald, was detained at Heathrow Airport under Schedule 7 in 2013, there was outrage in the liberal press. But there has been none over Ms Southern. That’s because liberal journalists liked what Mr Miranda had to say – he was carrying ‘journalistic materials’ from the whistleblower Edward Snowden – but they don’t like what Ms Southern has to say, which is that Islam is dangerous, migration is out of control, and Europe is dying, etc. I don’t like what Ms Southern says, either, but that’s not the point. If we only oppose the arbitrary use of Schedule 7 when it is wielded against people, ideas and words we approve of, then we are not really opposing authoritarianism and injustice at all – we’re just engaging in petty partisan politics that does nothing to defend liberty.

Alongside Ms Southern, two hard-right identitarians, the Austrian Martin Sellner and the American YouTuber Brittany Pettibone, were denied entry to Britain. A Home Office letter informed them that their movement, Generation Identity, is ‘viewed in the UK as a right-wing organisation’ – to which we might legitimately respond, ‘And?’. The letter also lists Mr Sellner’s plan to give a ‘speech at speakers corner in London Hyde Park’ as something that could stir up ‘tensions between local communities’. In short, their political views are too out-there, too hardcore, for Britain. The nation and its apparently gullible populace must be protected from these views. How patronising. The authorities are insulting us more than they are Sellner, Pettibone and Southern, because they’re effectively saying we will be driven mad or racist or in some way wounded by these people’s ideas. Why so little faith in your own people, Home Office?

Defending an individual’s free speech does not mean defending an individual’s ideas. I have no time for the nativisitic identitarianism of Southern and the others. I detest identity politics of all kinds, whether it’s so-called SJWs treating everyone as skin colours, as biological entities, rather than as individuals, or Generation Identity standing up for white Europeans against a foreign menace. What both sides share in common is a misanthropic reductionism that treats individuals as creatures of biology and history rather than of autonomy. And yet all must be allowed to speak. All ideas must be given free expression. Because when you allow the authorities to repress ideas you don’t like, you also allow them to repress ideas you do like. You make yourself complicit in the logic of repression, in the precedent of repression, and it will come back to haunt you. This is the first lesson of free speech: to defend your own freedom, you must fight for the freedom of people you despise.

That someone has been banned from Britain for, among other things, saying ‘Allah is gay’ should send shivers down the spine of all genuine liberals. It is testament to the long and difficult and strange struggle for free speech in Britain that people have actually been dragged to court and sentenced to prison in this country for the right to imply that deities are gay. It was in 1976, when Gay News published a poem titled ‘The love that dare not speak its name’, which was a fantasy involving a Roman centurion fellating Jesus Christ and bringing him to orgasm. Mary Whitehouse brought a private blasphemy case against Gay News and won: the publisher of the magazine was fined £500 and sentenced to nine months in jail (suspended). In 1976. In many people’s living memory.

Liberals and gay-rights activists were outraged by this case. The great barrister and author and inventor of Rumpole of the Bailey, John Mortimer, who defended Gay News in court, said it was ‘as if we had been whisked on some time machine back to the Middle Ages’. In the fallout from this medieval punishment in 1970s Britain, discomfort with our blasphemy laws grew, and eventually they were scrubbed off the statute books in 2008. As one observer put it, this was in large part down to Gay News and its poem – it was ‘the poem that broke the blasphemy laws’. So, the suggestion that Christ was gay might have been offensive to many but it helped to make us all freer, by provoking and eventually ending the common law of blasphemous libel. Proof, if we needed it, that the right to offend is central to liberty and progress.

Fast forward 40 years and the authorities are once again telling us it is unacceptable to say a god is gay. In this case, Allah. Yet again we seem to have been whisked in a time machine back to the Middle Ages. Only now it is Islam rather than Christianity that is protected with the forcefield of censorship. We must be free to say anything we like about Allah, Muhammad, Islam and every other religious faith and figurehead. That more leftists and liberals are not insisting on this suggests they have abandoned the fight for freedom of speech and conceded that territory entirely to the hard right, who can now pose as defenders of great Western ideals. What a terrible, historic error.