No, Oxford University is not racist 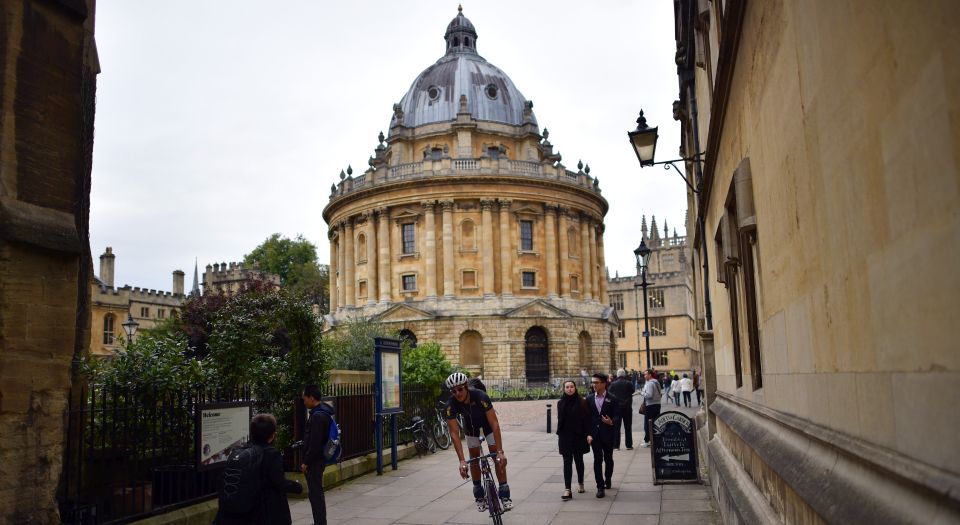 Oxford is one of the world’s great universities. It has been ranked the best university in the world by the World University Rankings for the past two years. Seven out of the last 10 prime ministers went to Oxford. In industry, science, law, media and much else, many of the country’s highest fliers graduated from Oxford. And it has secured its place at the pinnacle of academia by selecting only the most able and committed of students.

Yet for several years now, academic merit has been challenged by the politics of diversity. The Labour MP David Lammy has championed the view that demographics – particularly of ethnicity, social class and geography – are relevant to student admissions. Last October he accused Oxford of ‘social apartheid’, stating the student body ‘is utterly unrepresentative of life in modern Britain’. And last week, in response to Oxford publishing its annual admissions data, he renewed his attack, describing the university as ‘a bastion of white, middle-class, southern privilege’.

This is where merit and diversity clash. Academic ability in 18-year-olds is not randomly distributed. Nature and nurture play a role. Some children are born into environments that stimulate academic curiosity. Some grow up wanting to emulate the educational successes of their parents. Some attend more academic schools which have teachers better at enthusing them to excel. Some are more able to devour onerous Oxford lecture notes. Each of these variables is more common in certain demographics than others. And if students were selected solely on the basis of merit, then Oxford would necessarily reflect those demographics.

In 2016, the percentage of A-level students achieving three A grades or better was 13. But for Chinese students the figure was 24 per cent. At the other end of the scale were black Caribbeans (three per cent). In the mid-point were white and mixed-race communities (each 11 per cent) and Asians (10 per cent), although within the Asian category students of Indian heritage did better (14 per cent).

This ethnically based differential in A-level achievement carries forward into degree performance. Controlling for entry qualifications, black students are between six and 28 percentage points less likely than white students to get a first- or upper-second-class degree. For example, within the graduate population that entered university with three As at A-level, 94 per cent of white students graduated with a first- or upper-second-class degree, whereas the figure for black students was 88 per cent. Thus, an institution like Oxford, if it were selecting solely on merit, would expect to have a disproportionately low number of black students as compared to, say, Chinese or white students.

In fact, Oxford has a disproportionately high number of black students, although you wouldn’t know this from the comments made by Lammy and others last week. He quoted the seemingly shocking statistic that, between 2015 and 2017, several Oxford colleges had failed to admit more than one or two black British students. This set the tone of the news agenda, prompting Oxford graduates to tweet their scorn at their old university. But, as ever, statistics are the last refuge of the scoundrel.

The idea that Oxford discriminates against black and minority-ethnic applicants is simply untrue. Only about three per cent of all applications to British universities are from students who identify as black, as distinct from Asians, mixed-race people or other non-whites. And since Oxford has 29 undergraduate-admitting colleges, some of which admit only 50 British students each year, it is not statistically significant that some admit only one or two black students each year.

Comparisons should also take into account the courses that students tend to apply for. Black students tend to apply for more competitive courses, such as medicine or law. When this is taken into account, as the Channel 4’s FactCheck noted, ‘a black applicant to Oxford is very slightly more (0.5 per cent) likely to receive an offer than the average applicant who applies for the same course and has the same predicted grades.’

Far from discriminating against black students, Oxford, by making allowances for grades and course choices, discriminates in favour of black students. This should surprise nobody, for the objective of campaigners like David Lammy is to challenge the meritocratic basis of Oxford’s selection process in favour of diversity. His critique of Oxford draws its strength from the fact that it is, as he put it, ‘utterly unrepresentative of life in modern Britain’. What bothers Lammy is that, to use his image, not enough children from ‘the 20th floor of a tower block estate’ go to Oxford.

He is not alone in this. Lammy now fronts a form of diversity politics that has become a mainstream concern for almost the entire political class. After Lammy wrote an article for the Guardian in 2010, called ‘The Oxbridge whitewash’, then prime minister David Cameron challenged Oxford over its black-student numbers. In 2017, Lammy secured the signatures of 108 MPs, including Tory Education Select Committee chairman Robert Halfon, to demand Oxbridge do more to admit more students from disadvantaged backgrounds. Last week there was scarcely a politician or academic who was prepared to defend a meritocratic system.

Whatever happens, Oxford will not entirely abandon its meritocratic approach. Those from backgrounds deemed ‘advantaged’ will continue to face a rigorous selection process, while those deemed ‘disadvantaged’ will be given a leg-up. This is what happens when merit yields to diversity: those from backgrounds deemed disadvantaged are favoured and treated as less capable of making it on their own. An easier place at Oxford may be good for children from ‘the 20th floor of a tower block estate’, if they don’t mind being patronised, but it certainly isn’t good for Oxford.