Please let this be the last ‘royal baby’

Congrats to Will and Kate, but seriously, let’s abolish the monarchy. 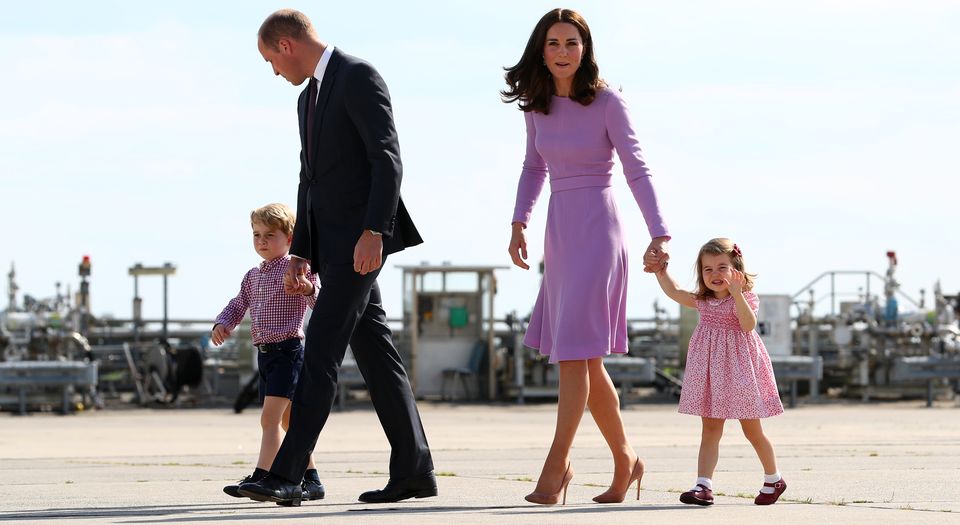 Britain has a new royal on the way. The Duchess of Cambridge, Kate Middleton, is pregnant again. Her hubby, Prince William, garnered media attention for making the bold statement that it was ‘very good news’. And, alongside the prime minister and other public figures, pop star Cheryl Cole tweeted: ‘Awww congratulations to Will and Kate on their baby news !!’

But not everyone was joyous at the announcement of another bouncing baby billionaire. Some drew attention to the fact that many women’s decision to have a third child won’t be as welcome as Kate’s: following the government’s new rules on child tax benefits, women who cannot prove that their third bundle of joy was conceived through violent assault won’t be eligible to claim credits. And yet Kate’s family will be lavishly funded by the taxpayer. Will and Kate ‘seem like lovely parents’, said one writer, but ‘this is about the hypocrisy in our system’. Others criticised the royals for ‘proliferating like weeds’. A writer for the Independent joked about ‘over-reproduction in an overpopulated world’.

Criticism of the royal family usually boils down to whinging about how much they cost. When the queen had her annual income raised to £82million earlier this year, supposedly to fix some leaky roofs in Buckingham Palace, critics complained about royals tugging on the public purse strings. But you could say the same about others. Like BBC presenter Chris Evans, who earns well over £2million at the expense of license-fee payers. When it comes to the royals, lefties always tend to focus on the money, and the fact that princes go to private schools, and that Will and Kate fly in a private jet.

And yet some of these narrow critics of the royal family are actually fans of royalty when it suits them. Consider the cap-doffing tributes to Princess Diana, who died 20 years ago last week. The Guardian’s Suzanne Moore even called her a ‘rebel’ – because she told a few reporters about not really enjoying marriage to her posh, annoying husband. And what about the obsequious media fawning over Harry and William’s recent rebranding as pioneers of mental-health awareness? Liberal observers were climbing over each other to congratulate the princes on their Heads Together campaign. It seems that so long as royals are being royal in the right way, they won’t get too much flak.

This is such a lame form of republicanism. Rather than criticising Kate on the issue of tax credits, which the government is responsible for, not her, or worrying about whether the Palace is doing good or bad charity work, we should focus on the real problem with the monarchy: it’s an affront to democracy.

Prince Charles is well known for his penchant for political meddling, as revealed in his letters to ministers complaining about various aspects of public life. The royals are also exempted from media scrutiny at times. Remember Harry’s Nazi faux pas? In controversial moments like that, the BBC often refrains from commenting. But the monarchy’s most anti-democratic feature is the fact that the queen has the power to veto laws, dissolve parliament, create peers, and declare war. There is nothing more symbolic of Britain’s problem with democracy than the power of the crown. Those who say ‘Ah, but the queen is only ceremonial and she would never use these powers’ miss the point: it’s insulting that such powers even exist, and what’s more the PM can use them, through the Royal Prerogative, in which he or she acts as a dictatorial monarch on the monarch’s behalf. The monarchy has a real and direct impact on democratic life.

Perhaps it isn’t surprising that the supposedly radical critics of the royal family don’t focus on the democratic questions. After all, as demonstrated by their hostility to Brexit, many of them have a problem with democracy. Indeed, how can you declare yourself a republican, and in favour of proper democratic process, while at the same time pouring scorn on the largest democratic mandate in British history? If we end the monarchy, we give the people greater control over politics – and for panicky leftists and Europhiles, that just won’t do.

We need to abolish the monarchy for the same reason we voted to ditch the EU – not because the royals are posh or rich or cost a lot, but because it is an unelected, undemocratic institution. And while we’re at it, why not bulldoze the House of Lords, too? If we’re serious about fighting for the right of every citizen to have an equal say in politics – be they a street sweeper or hedge-fund manager – we must make the argument for greater democratic control, without lords, ladies or monarchs getting in our way.

So, good luck to the next royal baby. I want to live in a country where he or she certainly has a chance of becoming head of state – but only if we elect them to that position. It’s time to shake off the archaic past and move with the democratic momentum generated by the Brexit vote.

Ella Whelan is assistant editor at spiked. Her new book, What Women Want: Fun, Freedom and an End to Feminism, will be published in September by Connor Court. Follow her on Twitter: @Ella_M_Whelan