The Google memo and the new blacklisting

When did it become acceptable to sack someone for expressing an opinion? 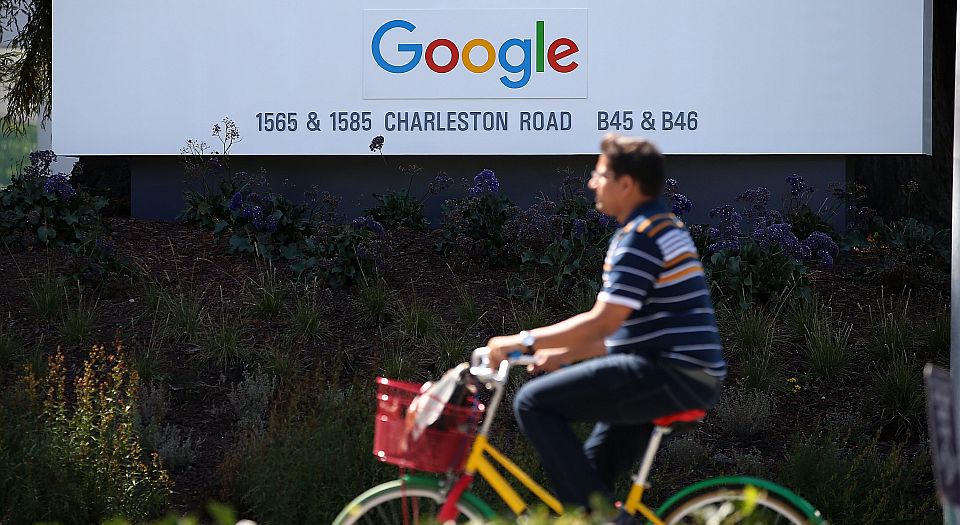 Google’s campus is a playground: employees ride multicoloured bikes, play volleyball and walk dogs in the bright California sunshine. But this week we learned it’s not all fun and games at Google.

In an internal memo that went viral, software engineer James Damore accused Google of being an ‘ideological echo chamber’, a place where you cannot openly discuss issues such as the company’s approach to diversity. ‘As soon as we start to moralise an issue’ like diversity, he wrote, we ‘dismiss anyone that disagrees as immoral, and harshly punish those we see as villains to protect the “victims”’. And as if determined to prove his point, Google fired him for saying so.

Google’s sacking of Damore matters not only because the tech giant is so well-known, and has been accused of sexist hiring practices (31 percent of its employees are women). It resonates with wider society because it suggests that there is only one ‘correct’ view on certain topics, like diversity, and that if you dare to question the ‘correct’ line you should be punished. Indeed, it has been striking to see that so many, including self-described progressives, rushed to denounce Damore’s memo and applaud Google for wielding the axe.

The memo, which has been described as an ‘anti-diversity screed’, is neither anti-diversity nor a screed. ‘I value diversity and inclusion, am not denying that sexism exists, and don’t endorse using stereotypes’, Damore writes. His tone is measured, and he references academic research. But he goes on to reach two conclusions that some find disagreeable, if not offensive. First, that ‘differences in distributions of traits between men and women may in part explain why we don’t have 50 per cent representation of women in tech and leadership’. And second, that ‘discrimination to reach equal representation is unfair, divisive, and bad for business’.

Since the news of the memo broke, much media space has been devoted to disputing Damore’s arguments, and calling him a biological determinist and a sexist. Google’s CEO, Sundar Pichai, justified the firing on the grounds that he advanced ‘harmful gender stereotypes in our workplace’. Maybe some of these criticisms are valid. Maybe Damore’s amateur-psychology ponderings miss the mark. But whether his theories are right or wrong is really beside the point. The real question is: must such views be silenced, and must someone lose their livelihood for uttering them?

It seems that Damore naively took Google at its word when the company said it welcomed discussion. Many accounts, including Dave Eggers’ Google-inspired novel The Circle, suggest that employees view the company as an extension of university life, a place where ideas can be debated (even the office park is called a ‘campus’). Movies like The Internship would have us believe that Google hires quirky misfits, even older dude-bros (like the characters played by Vince Vaughn and Owen Wilson), who think differently.

The reality, as we are now glimpsing, is that Google is just like other companies: it doesn’t really welcome free expression, and it doesn’t like to be criticised. That doesn’t mean that Google is ready to discard its claims to openness. In the midst of explaining to employees why he fired Damore, Pichai asserted that ‘we strongly support the right of Googlers to express themselves’. But presumably only if they express agreement with Google.

Damore was also naïve in not realising that challenging diversity could get him sacked. It is an especially sensitive issue at Google, at a time when its pay practices are under investigation by the US government. American companies like Google are also subject to the Justice Department’s broad definition of sexual harassment as ‘activity which creates an intimidating, hostile, or offensive work environment for members of one sex’, which encourages them to tread carefully in this area.

But the thought restrictions around diversity are driven by more than the legal environment. Corporations have embraced diversity – usually now referred to as ‘diversity and inclusion’ – as central to their missions and values. It is how many companies claim to define ‘who they are’. They struggle to find intrinsic purpose related to the products or services they provide, and so have promoted diversity goals with the hope of gaining some moral authority by reference to wider social objectives.

Therefore, by poking at diversity, Damore was questioning corporates’ self-definition, something they really don’t want examined too closely. Diversity is not a matter up for intellectual debate in Google and elsewhere, and that’s why it is embedded in codes of conduct – note how Google fired Damore specifically for violating its code of conduct.

The response to the Google memo – from both Google itself and the many who have praised the sacking – has turned traditional notions upside down. We see an overreaction to the memo, and an underreaction to the punishment of its author.

A solitary software engineer finds the time to muse about diversity policies (and I thought Googlers worked around the clock, eating and sleeping in the office), and everyone freaks out. His loudest critics have engaged in bad faith: they have distorted what Damore said, given him no benefit of the doubt, and assumed the worst about him as a person. It really takes a jaundiced eye to view him as some kind of fanatic, based on what he wrote. Moreover, it is a huge stretch to say that this employee constitutes a one-man hostile work environment. No evidence has been provided that he acts in a discriminatory way towards his co-workers.

Damore is called out for being a sexist, yet what is really insulting is how women employees at Google are assumed to be too weak to handle his 10 pages of scribblings. Google’s female workers ‘are hurting and feel judged based on their gender’, says Picahi. You know what the real ‘harmful gender stereotype’ is here? The idea that women are vulnerable, and in need of protection (which can only come from firing fellow employees). That expresses a lower opinion of women than anything in that memo.

The demands to fire Damore – and anyone else who shares his views – are casually made, as if it’s no big deal to deprive someone of a job. ‘How can women expect to work with Damore?’, they ask, again presenting women as too pathetic to cope with his presence. It used to be considered deeply problematic to punish workers for the political views they held – even today, the Hollywood blacklists of the 1950s are viewed as a black mark in American history. And yet, we now see Google managers on Twitter talking of compiling blacklists to weed out Damore’s fellow wrong-thinkers.

Companies are not universities, even those that have a ‘campus’. Employees shouldn’t be spending hours debating social and political ideas – they should be getting on with their work. With the uproar over the Google memo, some claim that we’re seeing the campus culture wars coming to the corporate world. In fact, you could argue it is the other way around: universities have adopted longstanding corporate codes of conduct regarding diversity and other restrictions, which makes wide-ranging interrogation of these ideas verboten, and undermines the true purpose of a university.

That said, while work isn’t college, we do need the freedom in our workplaces and society generally to express ourselves – to our co-workers, neighbours and others – without fear of retribution. We should not feel like we are going to be punished for expressing unpopular thoughts, nor should we worry for our jobs if someone takes offence. But the over-the-top reaction to the Google memo suggests we may be heading in that direction.