The EU: pitting migrants against citizens

The migrant crisis reveals the inhumane reality of the EU. 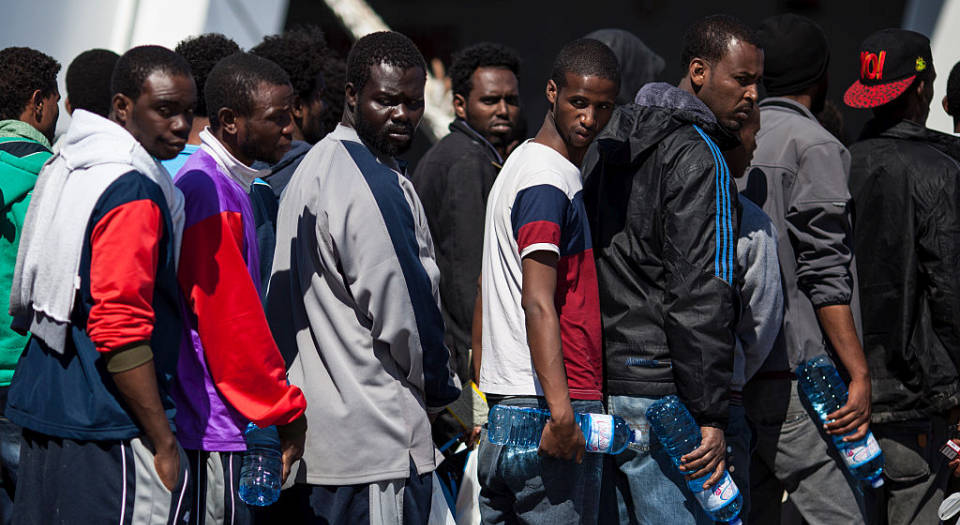 The equivalence has become a cliché: to be pro-EU is to be pro-migration. It is to be in favour of a quasi-borderless cosmopolis. And it is to be against xenophobia, nativism and all the other small-minded attitudes those opposed to the EU supposedly possess. That’s why if you’re pro-EU, not only are you pro-migration, you’re also a good person. A really good person. Someone who not only supports tolerance, non-discrimination and openness, but who also is all those things – is tolerant, is non-discriminatory, is open. But then that’s the EU for you – it’s a force for good, and therefore a force with which good people identify.

But then there’s the reality of the EU’s pro-migration stance – a reality that the pro-EU class has forged in its own hypocritical, virtue-signalling image; a reality in which migrants are little more than do-gooding signage to be imposed on reluctant and therefore, in the EU’s eyes, racist European citizens.

Of course, it should be pointed out that the EU is so keen on being seen to be pro-migration that in 2016 it paid six billion Euros to Turkey, which sits outside the EU, to take in the thousands of migrants who had been travelling the Aegean route into Europe, through Turkey, Greece and the Balkans, lest the amassed presence of actual migrants disrupted the EU’s pro-migrant self-image. So in Turkey tens of thousands of migrants are forced to camp – and hope and wait.

But, this grubby little deal aside, the EU and its supporters are still keen to see themselves as pro-migration. Hence the pro-migration sentiment is alive and well and being propagated in the Mediterranean, where an unhappy combination of NGO boats and Frontex, the EU’s coastal border agency, is busy ferrying thousands of migrants crossing from Libya into Italy. Last year alone, Italy received 181,000 migrants via this route. And already this year, a further 84,000 have arrived, which is 20 per cent more than arrived in the first half of 2016.

For the pro-migration brigade, the actions of those NGOs currently burnishing the EU’s reputation as a bastion of open-mindedness and virtue by plucking thousands of migrants from what are effectively water-borne coffins, are unequivocally good. The EU and NGO agencies embody the best of progressive, pro-EU sentiment. They’re saving those desperate people fleeing the broken states of Libya, Syria and Iraq, who are now paying thousands of pounds to trafficking gangs to be put out to sea in unseaworthy craft. They’re the do-gooders, the saviours, the people acting on the basis of what is right.

But in reality, the role of the NGOs and EU border agencies in the migrant crisis is much darker and morally ambiguous. They are not simply responding to the problem of people smuggling; they’ve become part of the problem. Last year, for instance, their vessels started sitting just over 12 miles off the North African coast, on the edge of Libya’s territorial limit. Because it was there that they were ideally placed to pick up the rubber dinghies of people chugging out to them. It was almost as if it was a tacit arrangement between the traffickers and the EU/NGO agencies – which in some cases it was, complete with greased palms and mutual pay-offs. To say the EU and NGOs were colluding with the gangs of people smugglers, as some Italian politicians and prosecutors have alleged, is perhaps too strong an accusation to be levelled at the NGOs as a whole. But they have certainly become unwittingly complicit in the people-smuggling business, so much so that the gangs don’t even bother with the pretence of seaworthy craft, because they know their desperate clients will be picked up a few miles offshore. The NGOs and EU agencies are effectively encouraging people-smuggling, and dressing it up as an ethical gesture. They’re now fully contributing to and exacerbating the problem to which they pose as the answer. If there ever was any virtue to be signalled here, it is now almost certainly lost in a fog of exploitation, opportunism and cynicism.

But the miserable, hypocritical and inhumane reality of the EU’s pro-migration pose is truly exposed by the lack of responsibility the EU and its supporting cast of NGOs actually takes for the migrants. As it stands, the vast majority taking the Mediterranean route are taken to Italy and, in particular, Lampedusa, a small island 200 kilometres south of Sicily. Because of the EU’s Dublin Regulation, which states that the country in which an asylum-seeker first enters the EU must process his or her case, the responsibility for dealing with the hundreds of thousands of migrants – asylum-seekers or otherwise – has effectively been dumped on Italy.

Now, if those Italians whose towns have been turned into migrant holding stations had been allowed to debate the migration issue; if those living in Lampedusa and the other migrant destinations in Italy had been part of a process of democratic deliberation; and if they had been allowed to voice their concerns, and influence the decisions which have led to the influx of migrants, then perhaps the seething resentment, the sense of being imposed upon, of having their lives turned upside down with the stroke of a pen in Brussels, might have been absent. Perhaps a more workable solution could even have been found. And perhaps the migrants themselves wouldn’t be treated as a problem, but as people just like us, sometimes fleeing wretched lives, always seeking better ones.

But none of that has happened. Instead, the EU has effectively told the Italian people to shut up. To add insult to injury, the EU Commission, in order for Italy to cover the costs of processing and dealing with the migrants, even ‘allowed’ Italy to borrow more than the EU’s deficit rules would otherwise permit, storing up further problems for a nation already in financial and political hock to the EU’s wealthier nations.

The result is a mess. In Italy, the anger among those on whom the pro-migration drive has been imposed is rising. Not because the people of Lampedusa or Brescia or even Rome are racist. But because they are having their lives upturned and their wills effaced at the behest of the EU and the NGOs advertising their virtue in the Med. The chasm that divides the pro-migration moraliser of the pro-EU class and actual citizens of the EU is captured in the fate of Giusi Nicolini, the former mayor of Lampedusa and pro-migration stalwart, who was feted by the world’s elite, winning a UNESCO peace prize and dining with then US president Barack Obama, but roundly rejected by her actual constituents, who turfed her out of office in last year’s mayoral election. ‘It wasn’t a surprise to us that she lost’, said Salvatore Martello, the hotel owner, fisherman and independent who won the election. ‘In the years she was mayor, she curated an image abroad of [Lampedusa] and the migrant situation, forgetting its people.’ And make no mistake: the EU, like the ex-mayor of Lampedusa who embraced its ethos, does forget ‘its people’. Not by accident, but wilfully, determinedly. If they raise their hands, if they voice their concerns, if they attempt to exert some control over their lives, they are dismissed as racist, intolerant, xenophobic – people to be left behind, to be cast out of acceptable society, to be forgotten.

Italy is desperate, though. The Italian government is threatening to close Italian ports to the NGO vessels carrying their cargo of pro-migration sentiment. But it is only threatening to do so because it has been left with no choice. It has repeatedly asked the EU, and its member states, if they would relieve it of at least part of the burden for dealing with the migrants. But the answer has been a firm Nein. ‘We’ll not back the so-called regionalisation of rescue operations’, retorted German interior minister Thomas de Maizière ahead of an informal meeting of EU ministers in Tallinn last month. The EU commissioner for immigration, Dimitris Avramopoulos, has been more placatory. ‘Italy is right that the situation is untenable’, he said, adding: ‘In everything we do, we all have a humanitarian obligation to save lives… we cannot leave a handful of EU countries on their own to deal with this.’ Yet, in practice, Avramopoulos’s solution is to give Italy a little more cash, which will no doubt be added to the pile it already owes the EU, and to urge North African nations to do their bit, too.

Avramopoulos and de Maizière were merely saying what other EU nations are already doing: they were advertising their pro-migration sentiment while insulating themselves from the consequences. France and Switzerland imposed strict, heavily militarised border controls last year. And Austria is also now arming its border with Italy to make sure Italy deals with the migrant crisis alone.

So not only does the reality of the migration crisis in the EU expose the myth of a borderless, open, welcoming territory – it also exposes the absence of one of the main reasons given for supporting the EU: solidarity between nations. Instead, the propagation of migration as an ethical good by the pro-EU class, and its NGO crusaders, is dividing nations, turning them against one another, and demonising some as racist and lionising others as leaders in virtue. ‘Europe is dying’, said Luigi Di Maio, a Five Star Movement MP earlier this year. ‘France and Spain threaten to close their ports, and Austria will deploy the army at the Brenner border crossing. Walls emerge and Europe reveals its true face: at the time of need, every man for himself. In Italy, are we alone.’

In this, the controversial Di Maio was, for once, not being melodramatic. In the migration crisis, the EU is revealing its true face. Or, better still, its two faces, the one smugly proclaiming its pro-migration virtue, while the other damns migrants to camps and processing centres, and dismisses citizens’ concerns as the ramblings of the backward and bigoted.

The EU is not only not Europe; it is also against Europe.