Why you should back neither side in the Flynn scandal

Both Trump and his critics are damaging democratic politics. 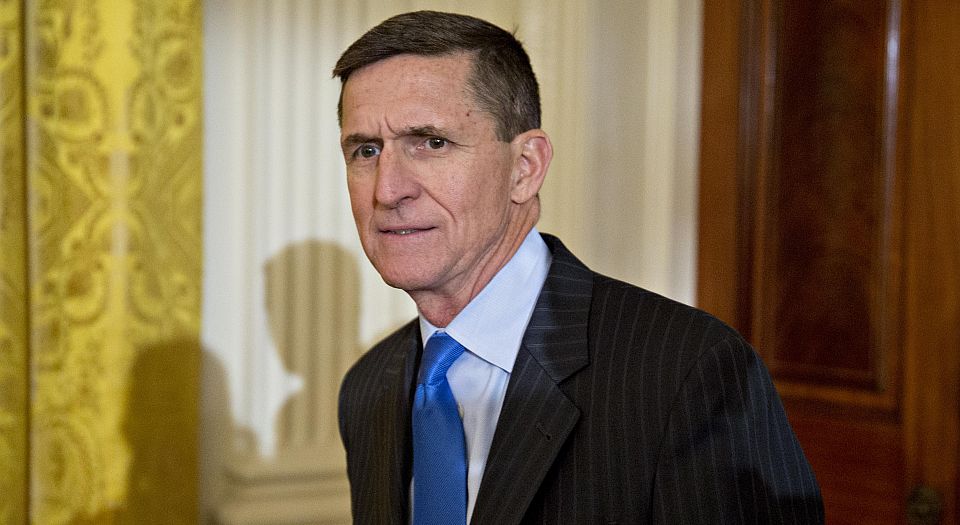 To see what spiked means when we say we’re opposed to Trump but also unnerved by some of the opposition to Trump, look no further than the Michael Flynn scandal. In Flynn, we see some of the worst aspects of the Trump administration. And in the fall of Flynn, won by newspapers reportedly fed info by intelligence agencies, we see a creeping disdain for liberal values and even democracy itself among the anti-Trump set. Spin, back-covering and an intemperate disdain for being investigated have quickly become the hallmarks of the Trump administration; fear, exaggeration and a disregard for democratic politics risk becoming the defining features of the anti-Trump set.

The paranoid political style of Trump has been writ large in the Flynn incident. Flynn lasted just 24 days as national security adviser before falling on his sword this week following revelations that in December he had a private chat with the Russian ambassador to the US. Apparently they talked about America’s sanctions on Russia. This was before Trump entered the White House, so Flynn was a private citizen, and it’s against the law for private citizens to interfere in diplomatic relations between the US and a foreign nation. There’s some discussion over whether Flynn actually broke the law: a writer for Bloomberg says he merely said the Trump administration would ‘review Russia policy’, so he wasn’t setting foreign policy. But it’s certainly embarrassing.

But even more concerning is how Flynn and the administration dealt with this problem. Flynn lied to senior officials about the ambassador talks. Trump himself reportedly knew for two weeks that Flynn was suspected of lying and yet he didn’t advise his vice-president Mike Pence. This led to the extraordinary situation where Pence was going about his political business without the full facts on Flynn. In the words of the New York Times, ‘Pence was kept in the dark’ and didn’t know about the Flynn misinformation ‘until reading news accounts late last week’. This suggests a corrosion of basic integrity in the Trump administration. Normally, when the media and others demand of politicians ‘What are they hiding?’, it springs from a cynical worldview that tends to hold all politicians in contempt; but given Trump’s treatment of Pence on the Flynn front, it’s a question people will now ask, and legitimately.

The Flynn debacle speaks to an administration that seems to lack the basic political and moral resources required for smooth, clear governing; to an administration that’s incredibly isolated. And not only by the media and what is mistakenly referred to as the liberal elite (they aren’t actually liberal), but also by significant sections of the machine of American officialdom, including the intelligence agencies, the courts, and of course former Obama officials. And lacking a clear sense of what it is for, or even how it came to power really, the administration’s response to this isolation tends to be attacks, and misinformation, and paranoia. The Flynn fallout shines a harsh light on the closed, tetchy, fatalistic Trump style.

But it also exposes some profound problems in the agitation with Trump, in the growing official and media hostility to Trump, in the view of him as a proto-fascist. It confirms that the fear of Trump has become so intense that some now consider it acceptable to use extraordinary, even undemocratic measures to weaken his power. How else do we explain the cavalier acceptance of the means through which Flynn’s position was made untenable? The Economist sums up with contradictory dryness the alarming nature of recent events: ‘Former Obama administration high-ups and still-serving career intelligence officials told reporters… that the general [Flynn] had been overheard by American spooks talking by telephone to Russia’s ambassador to America.’

Take in what this means. In December, Flynn’s conversations were recorded as part of intelligence agencies’ monitoring of Russian official chatter (he should have known this would happen), and then the content of his conversations were leaked to the press by these agencies reportedly in alliance with elements in the former administration. It doesn’t matter how much you oppose Trump: these practises, this exposure of a then private citizen’s conversation to the political end of weakening an elected president, should concern you greatly. In the words of Eli Lake, anyone who values freedom and democracy should feel uncomfortable with how Flynn was pressured out, since ‘selectively disclosing details of private conversations… gives the permanent state the power to destroy reputations from the cloak of anonymity. This is what police states do.’

In the Week, Damon Linker, staunch critic of the Trump administration, said of the Flynn ousting: ‘This isn’t the way a liberal democracy is supposed to function.’ It is damaging to the health of political life to sit back and let ‘unaccountable agents of espionage do the job [of opposing Trump] for us’, says Linker. The argument among some Trump critics seems to be that Trump is so bad, such an ‘aberration’ in American political life, that it is okay for authoritarian tactics to be deployed against him. As Lake says, ‘In normal times, the idea that US officials entrusted with our most sensitive secrets would selectively disclose them to undermine the White House would alarm those worried about creeping authoritarianism’ — but many now think we don’t live in normal times, and therefore abnormal, police-state behaviour is acceptable.

If Trump’s handling of the Flynn scandal reveals the instability of his administration, then this welcoming of the methods through which Flynn was pressured out highlights the dangers of Trump fear. The anti-Trump politics of fear, this idea he’s a dangerous fascist, looks set to unleash, or at least excuse, some genuinely quite tyrannical machinations on the part of sections of the American state and politics. The same Trump fear also nurtures exaggeration and even conspiracy theories. Witness observers citing Flynn’s phone call as yet another sign that Putin probably ‘interfere[d] with the 2016 election’ and won it for Trump — a leap with no basis in fact. Or consider how more and more so-called liberals are now sharing made-up stories about Trump. In the words of the Atlantic, stories ‘full of fables and falsehoods’ about Trump are spreading in the Twittersphere.

Just as Trump threatens to undermine rational, liberal governance, so his increasingly fearful critics threaten to harm serious debate and democracy itself. Behind their belief that Russia won the election for Trump lies a contemptuous view of ordinary Americans, who are thought to have been bought off by fake news and cheap promises, unwittingly being turned into Putin’s puppets. Given that some in the anti-Trump set so openly doubt the intellectual capacities of ordinary voters, it’s not surprising they seem willing to watch as unelected officials use questionable methods to weaken the democratically elected president. After all, democracy is bad, right?

There could be some pretty serious consequences from both Trump’s instability and his critics’ promotion of fear and intrigue. Rumours will swirl, democracy will take an even greater pounding, and tensions between America and Russia may intensify. Some are already speculating that Trump cannot now lift the sanctions on Russia, because he will be keen to placate his numerous domestic critics who see Russia as his weak point. How long before there’s a confrontation of some kind? Both democracy and peace might yet suffer as a result of the low politics being pursued by both Trump and his opponents.