How Clinton, Bush and Obama laid the foundations for The Wall. 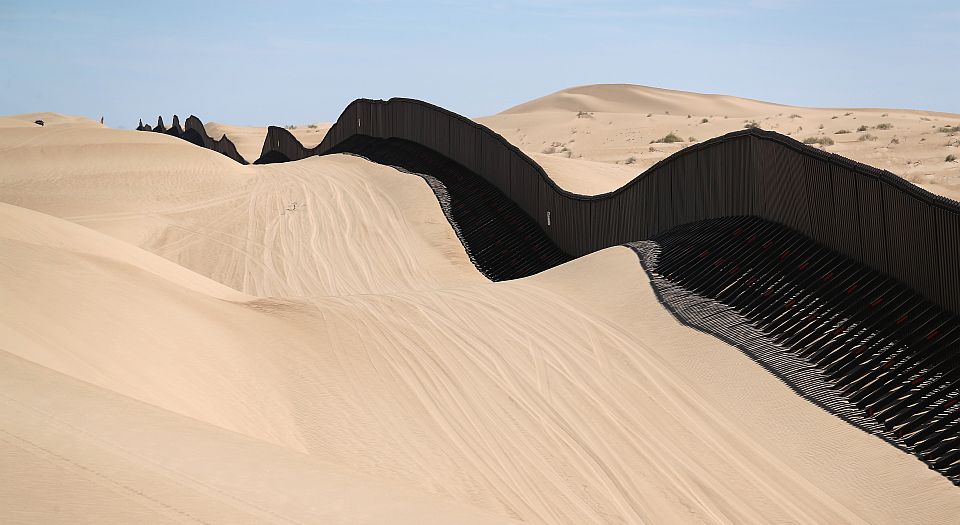 ‘Don’t normalise Donald Trump!’ has become the latest stock phrase of the disappointed Clinton supporter. Host of Last Week Tonight, John Oliver, reminds us that ‘Donald Trump is not normal’, and warns that any optimism may ‘feed into the normalisation of Donald Trump’. A New York Times writer laments that even on the day of the election result ‘all around were the unmistakable signs of normalisation in progress’. David Remnick of the New Yorker said he felt like he was ‘hallucinating’ as he described how the world had ‘normalised it already’.

Indeed, you would have to be hallucinating to believe that the immediate reaction of the Hillary-backing media to Trump’s victory was a dignified, stoic acceptance of defeat: the vicious demonisation of Trump voters, the public declarations of tearfulness and self-pity, and the sanctification of the losing candidate as potentially ‘the finest world leader our galaxy has ever seen’, seem to suggest otherwise.

Media analyst Adam Johnson defines this alleged ‘normalisation’ of Trump as ‘treating his rank sexism, xenophobia and fascist dog whistles as just another policy difference against equally valid opponents’. A Guardian writer names Trump’s vow to deport three million illegal immigrants as among the many policies which are ‘despotic, inflammatory, extreme and violent’. But when it comes to Trump’s ‘xenophobic’ policies on immigration, is it really the president-elect who ‘normalised’ such a hardline stance?

Trump’s signature pledge of building a wall on the US-Mexico border has come to symbolise what many see as the gulf between his nativist, xenophobic and closed-minded approach, and Clinton’s apparent openness, fairness and decency. Guardian columnist Paul Mason went so far as to say that, in the calls to build The Wall, ‘people understood the unstated second clause: and we’ll reimpose segregation on black America’.

Clinton exalted us to ‘imagine a tomorrow where instead of building walls, we’re breaking down barriers’. Yet, as Trump was keen to point out during the presidential debates, ‘Hillary Clinton wanted the wall, Hillary Clinton fought for the wall’. He was referring to the the fact that both Clinton and Obama voted in favour of the Secure Fence Act 2006, proposed by George W Bush. Fact-checker site Politifact insists that Trump’s claim is only ‘half-true’, making the all-important distinction between what is clearly a perfectly humane and modest 700-mile fence and a 1,000-mile wall of hate. Perhaps Mexicans planning on crossing the border in the future will be relieved to hear Trump’s concession that some of the wall could be a fence in some areas.

The (already-existing) fence is only one part of a wider, ever-expanding apparatus of border security. Most of the fence was built after the 2006 act, but construction actually began under the auspices of Bill Clinton. Indeed, over the last quarter of a century, bipartisan efforts to beef-up border security have seen an explosion in the enforcement budget – from $1.5 billion to $19.5 billion in 2016. Federal funding for border security now adds up to $5 billion more than the funding for all other federal law-enforcement agencies combined.

The effect of enforcement tasks, such as Operation Hold the Line and Operation Gatekeeper, is to prevent migrants from making a safe passage into the US and divert them instead to deadly paths like that across the Arizona desert. More migrants die each year crossing the US-Mexico border than died over the entire 28-year existence of the Berlin Wall, and the rate at which border-crossers die has increased five-fold over the past decade.

When it comes to deportation, Obama holds the record. He’s deported more migrants than all the 20th-century presidents combined. Obama’s DACA and DAPA programmes, which grant temporary delay to deportation to undocumented migrants for a fee, do nothing to address the deaths caused by the border-security apparatus, and have done nothing to decriminalise migration: illegal-entry prosecutions made up half of all criminal cases in federal courts in 2015.

Even the so-called Muslim registry, which Trump’s team has suggested in an attempt to curb terrorism, is a revival of the National Security Entry-Exit Registration System (NSEERS), which was launched not in the Bad Old Days of the 1930s, but in 2001, by the Bush administration.

What is striking is just how ‘normal’ Trump’s proposals are in today’s world. His stance on immigration has been ‘normalised’, not by ‘fascist dog whistles’ but by technocratic, establishment politicians. The tragedy is that open borders were once the norm across the globe, with the US-Mexico border largely open for much of the 20th century. It was only militarised in the 1990s, pushing migrants into the desert. If Trump does follow through with his promises of mass deportations and building a wall, it will be Clinton and others who laid the foundations.