After Orlando: assault rifles are not to blame

Gun controls won’t stop these killings – but they will make us less free. 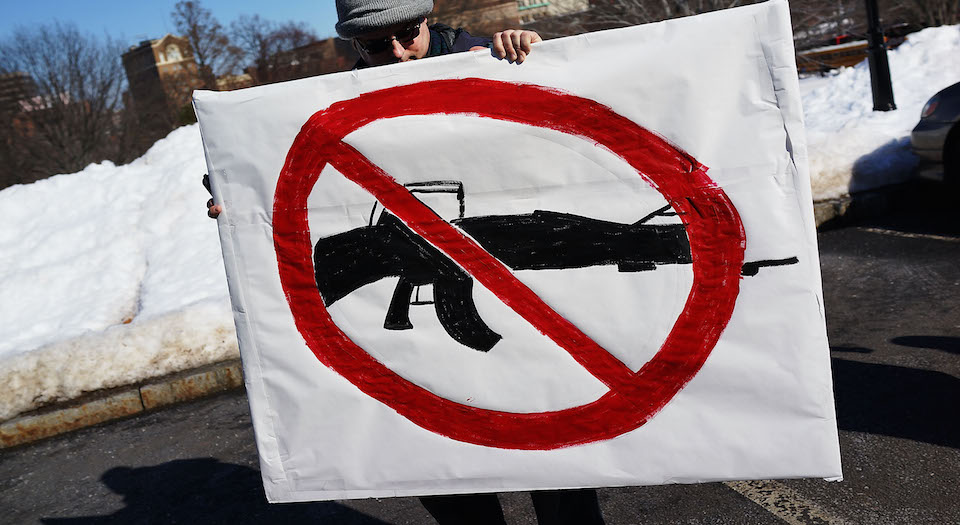 As the facts about the horrific shooting in Orlando have surfaced, some familiar themes have emerged in the media responses. Many right-wing commentators have blamed radical Islam. But their voices have been drowned out by politicians, celebrities and the Twitterati, who are attacking the ‘real villain’ of the piece: assault rifles.

Forget Omar Mateen, the disturbed murderer. Forget the Islamic State, which has since claimed responsibility. It was the Colt AR-15, and its evil sponsors, the National Rifle Association (NRA), who are to blame. The Boston Globe described the AR-15 as a ‘mass-shooter’s weapon of choice’. The New York Daily News called it ‘a mass-murderer’s best friend’.

What is the point, they ask, in owning a weapon that has been used in so many mass shootings? Why would anyone need one? Isn’t the AR-15’s only purpose to kill people? But it is useful, when discussing gun controls, to know what one wishes to control. And some Americans – and even more finger-wagging Brits – seem almost proudly ignorant about the weapons they wish to ban.

So, what are Colt AR-15s and how dangerous are they? In fact, Colt no longer makes the AR-15, but similar versions are still used. The killers at Newtown, Aurora and San Bernardino all used AR-15 copycats – like the Sig Sauer MCX, which was used in Orlando.

But the suggestion, so often made, that AR-15-style weapons are automatic weapons (or machine guns) is simply untrue. What’s more, machine guns would be of little use to those looking to carry out mass killings. Hand-held, fully automatic weapons, which fire continuously when the trigger is pulled, fire too fast. A 30-round, high-capacity magazine would be spent in three seconds, and the gunfire is very inaccurate.

AR-15-type weapons are assault weapons. But the category of assault weapon is far from clear-cut. An assault weapon differs from an ordinary, semi-automatic rifle only cosmetically. A 1993 ban on assault weapons, which ended in 2004, restricted their most ‘menacing’ features, such as pistol grips, flash hiders and collapsible stocks. None of these features make any difference to the deadliness of the weapon, just as go-faster stripes do not actually make cars go faster.

A government report published in 2004 concluded that the effect of the assault-weapon ban was, ‘Small at best and perhaps too small for reliable measurement. [Assault weapons] were rarely used in gun crimes even before the ban.’ What’s more, the ban on high-capacity magazines, defined as holding anything more than 10 bullets, did nothing to prevent mass shootings. Eric Harris, one of the Columbine shooters, used 13 10-capacity magazines to carry out his massacre.

Rifles of any sort are used in a very small percentage of killings. In 2014, only 248 out of 8,124 firearm homicides committed in the US featured rifles – and numbers have been steadily declining since 2007. Twice as many people are killed by blunt instruments.

Clearly, gun controls do not have a significant impact on homicide rates. And while some – including Republican presidential nominee Donald Trump – have called for terror suspects to be banned from buying weapons, even this is problematic. It would give the government too much scope. After all, Martin Luther King Jr would surely have been denied weapons under such laws, as he was identified by the FBI as a threat.

Many statistics for the number of US mass shootings have been appearing in the wake of Orlando. The Mass Shooting Tracker has declared that, in 2015 alone, 355 mass shootings were committed. But these statistics aren’t all they seem. The Mass Shooting Tracker defines a mass shooting as four or more people, including the shooter, being killed or injured by gunfire. Even if we use this broad definition, and exclude gang-related and domestic incidents, there will only have been three mass shootings this year, with a total of 61 killed – including the 49 killed in Orlando.

We must honour and mourn the victims of Orlando and other mass shootings. But we must also recognise that we can do little to stop a murderous loner determined to kill. And, more importantly, our chances of dying in such incidents are too low to reasonably prevent us from going out and enjoying ourselves. Terrorists win if people remain terrorised after the attack. Knee-jerk reactions, whether towards Muslims or guns, let terrorists know they’ve won.

It is difficult to shake the feeling that some Americans, and their scolding British counterparts, relish the opportunity to tell off US gun owners. What the response to Orlando has taught us is that tolerance is in short supply. We must tolerate the behaviour and beliefs of others – such as Muslims and the gay community – and fight for people’s freedom to live how they choose. But we must also extend this tolerance to US gun owners. We must not punish the many for the crimes of the few.